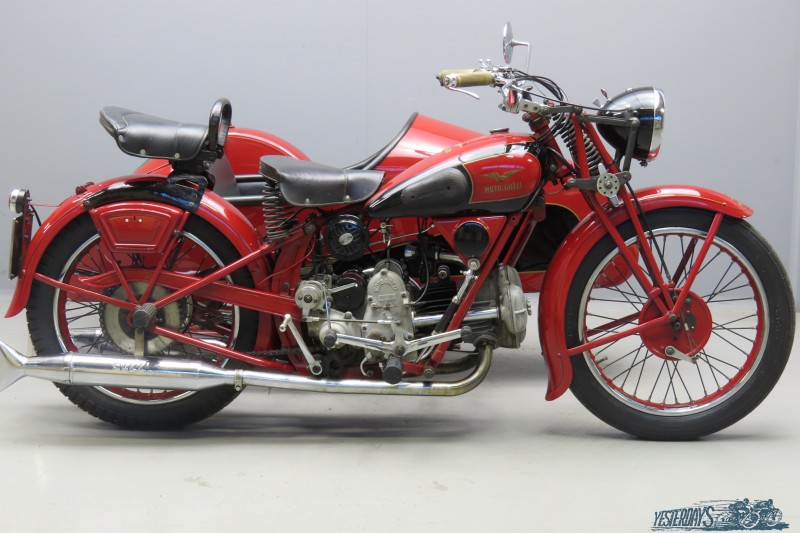 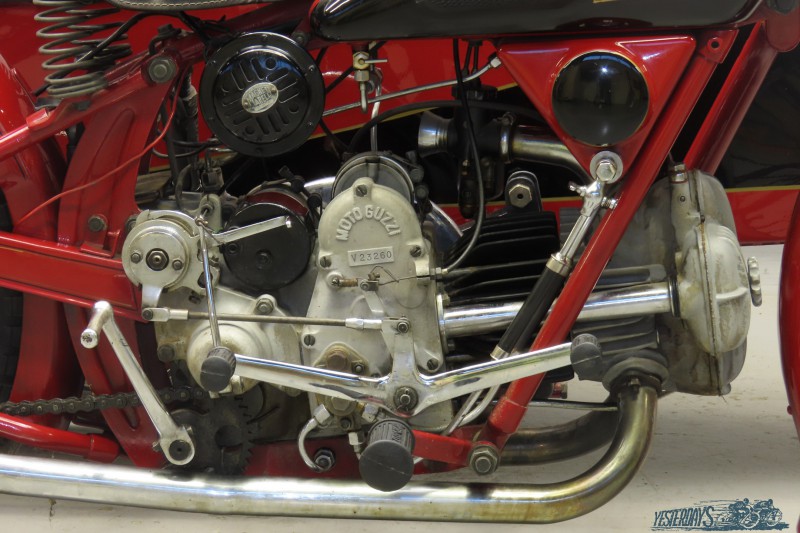 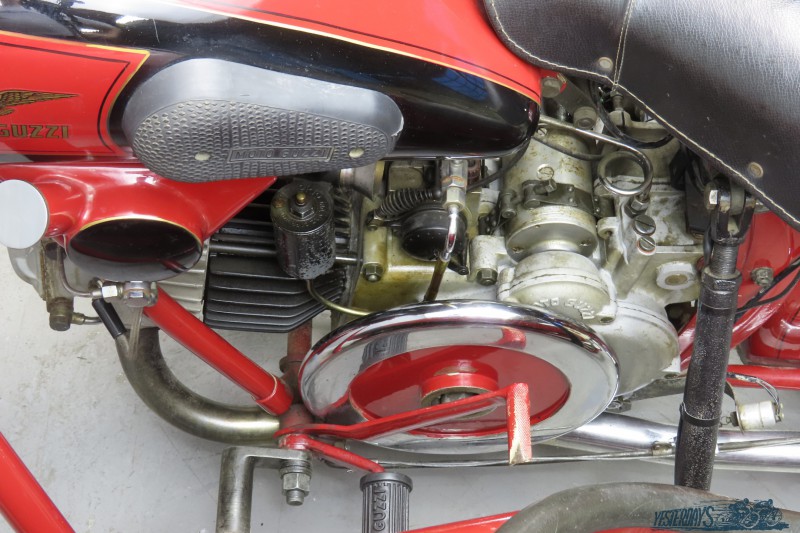 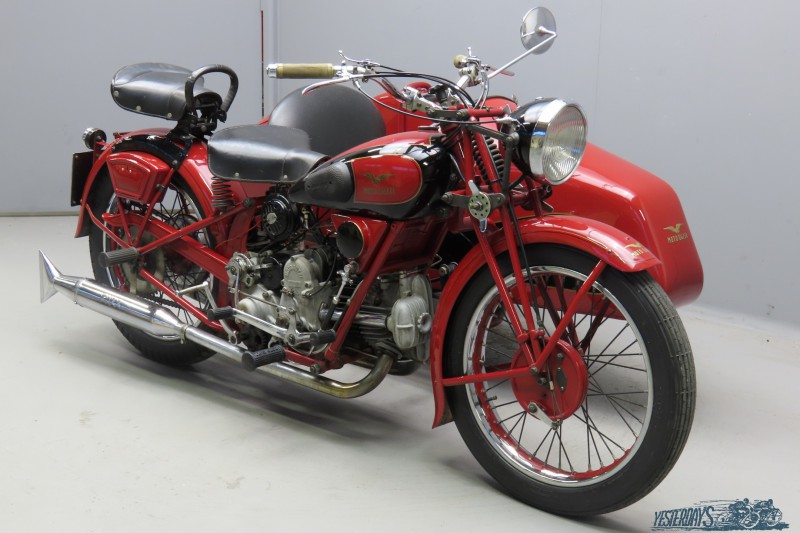 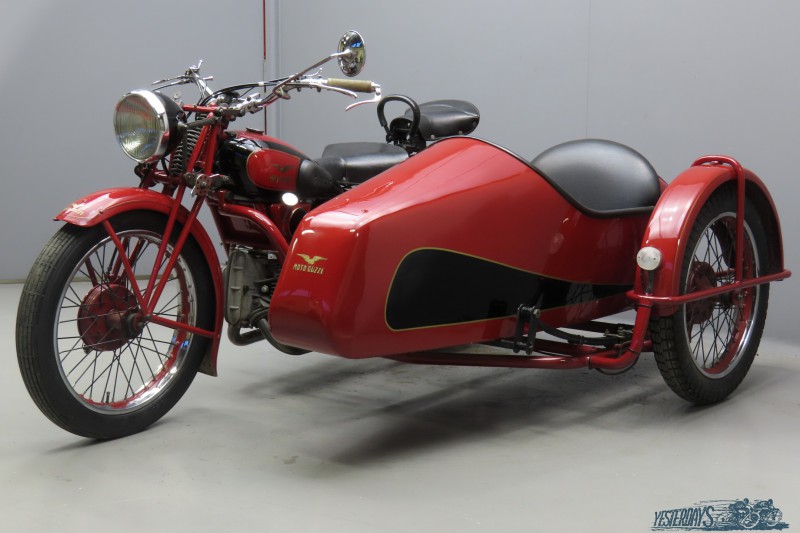 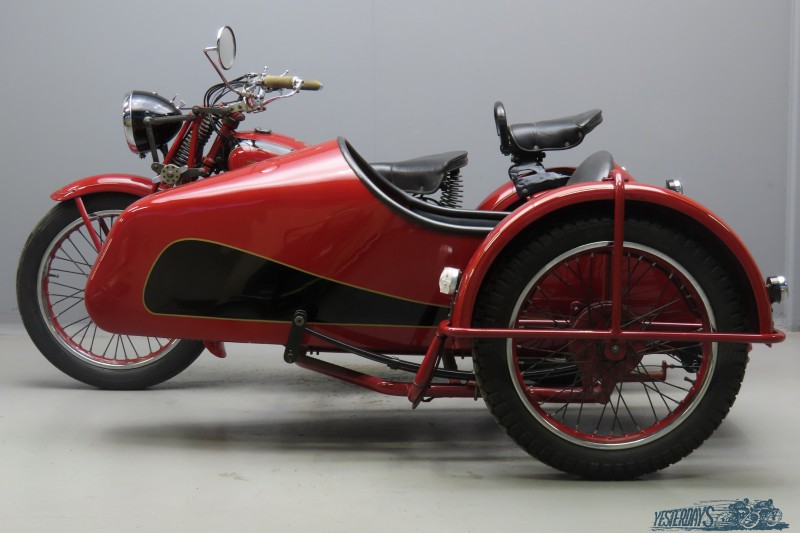 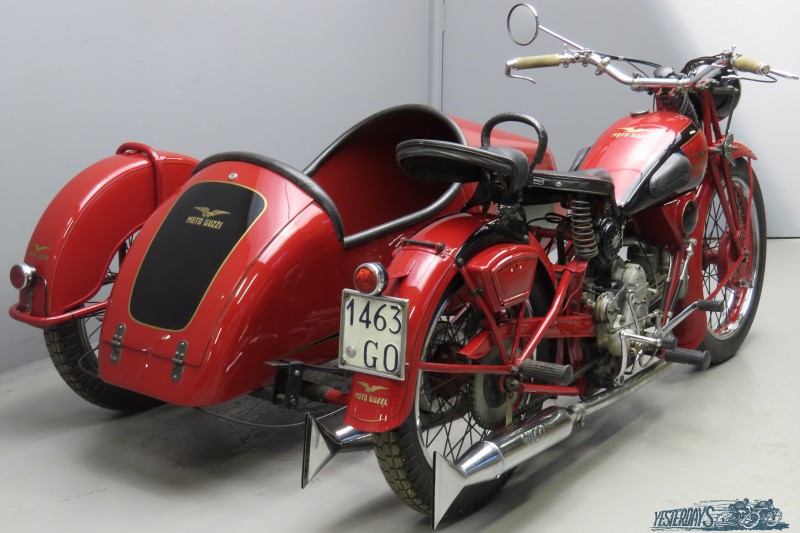 The “V” series engine with its 4 speed gearbox and full OHV specification was introduced at the end of 1933. It was produced over a thirty year period, during which time it was repeatedly renewed and perfected. After the war the engine got an aluminium barrel-head assembly with enclosed valve gear and the model evolved into the new “Astore” and ‘Falcone” series.
Compared with the “S “ that had the inlet valve on the side and the exhaust valve in the head, the “V” had some 30% more power, 18hp@ 4300rpm. Top speed was about 120km/h. Next to the rigid-frame “V” there was also the “G.T.V.” that was equipped with a sprung rear wheel. Between 1934 and 1940 2119 pieces were built. ( source: Mario Colombo, Moto Guzzi, the complete history from 1921”)
The engine is unusual in having the “Testa Velox” cylinder head with dual exhaust pipes. This is a proprietary item that fully encloses the valve gear, which on a horizontal single such as a Moto Guzzi, receives mud and road grime from the front wheel – not a healthy diet for the standard exposed valves. It also allows controlled lubrication for the valve gear, and being aluminium alloy, is lighter than the standard cast iron item. This head, and others like it for Benelli (including double overhead camshaft conversions), was produced by Luigi Parena’s Gruppo Velox company in Turin, which also made kits to transform British side valve engines like the BSA M20 and Norton 16H into overhead valve.
This model “V” has a foot-operated 4 speed gearbox and Bosch electrics. She’s a well-cared for older restoration and comes with passenger seat and graceful sidecar.