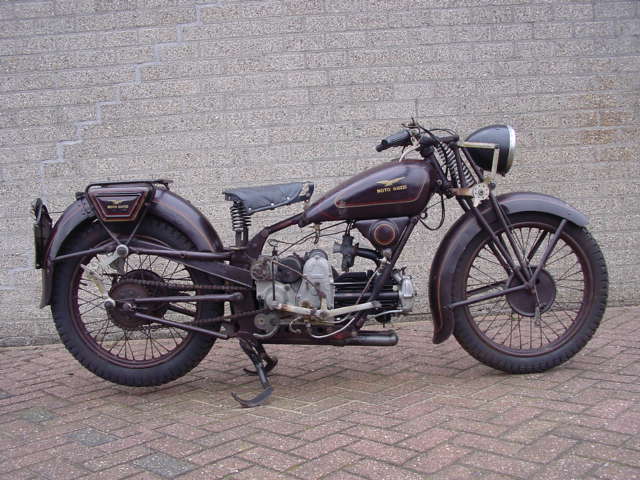 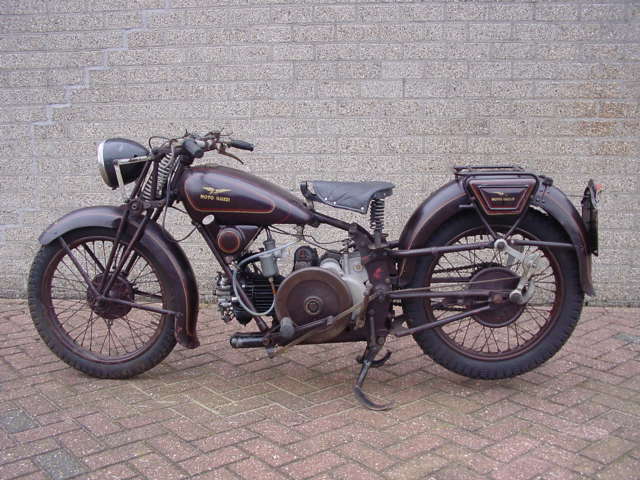 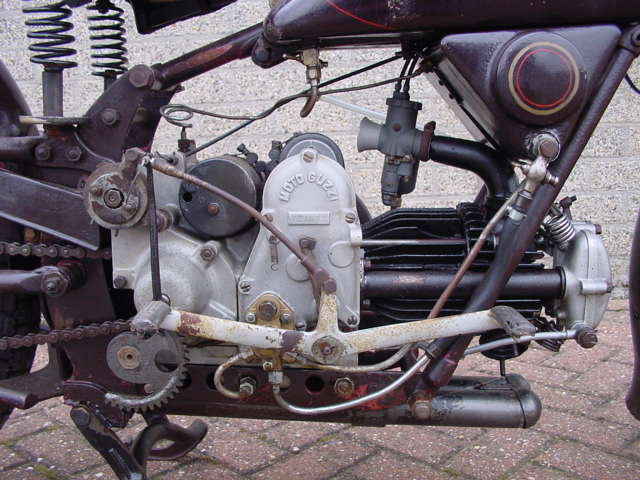 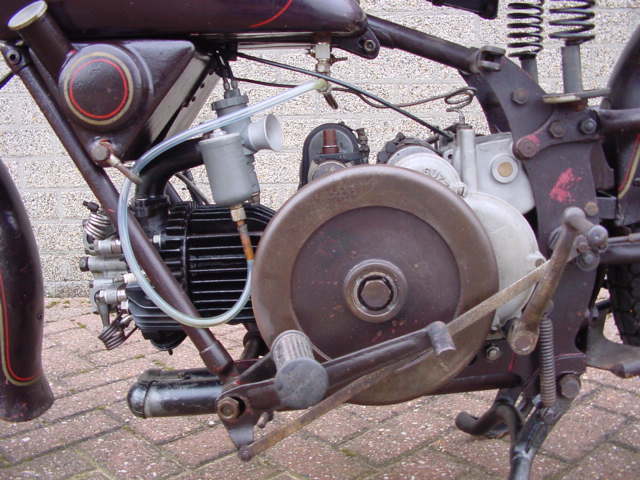 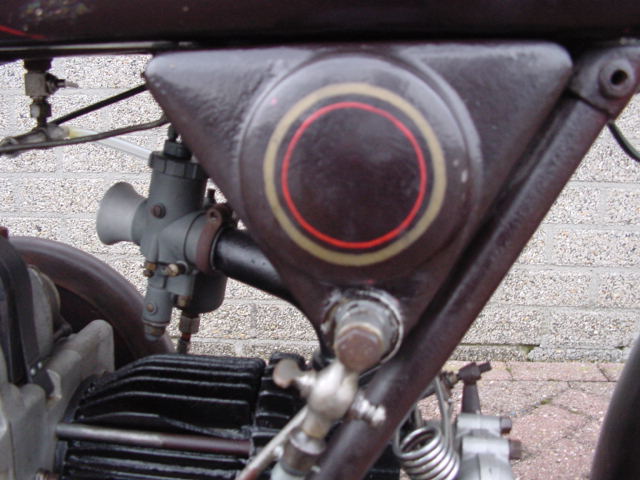 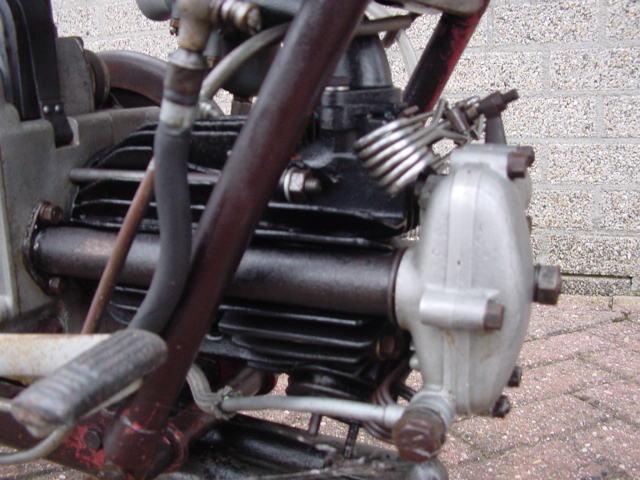 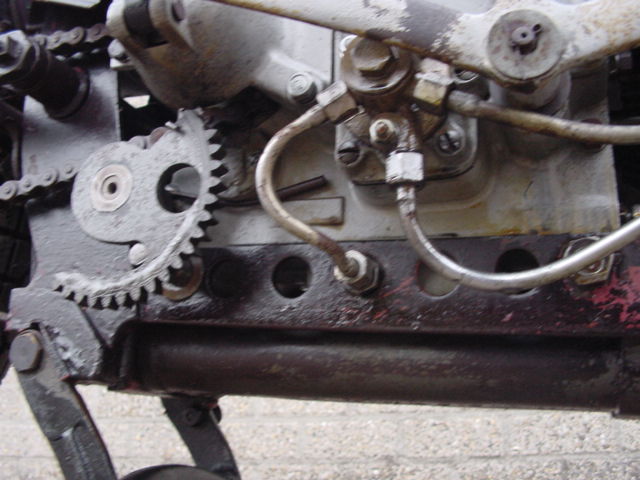 The V-type engine with its 4 speed gearbox was introduced at the end of 1933.
It was produced over a thirty year period, during which time it was repeatedly renewed and perfected.
After the war the engine got an aluminium barrel-head assembly and was renamed the  “Astore” ( meaning “ Goshawk”)
Compared with the “S “the  “V” had some 30% more power, 18 HP@ 4300 rpm.
Top speed was about 120 km/h
This model  “V”  has rear springing,  a  pedal- operated 4 speed gearbox and   Bosch magneto.
The rolling chassis is not restored, but  the engine has been overhauled.
Interesting  Moto Guzzi info can be found in Mario Colombo’s book “ 80 Years of Moto Guzzi Motorcycles”!