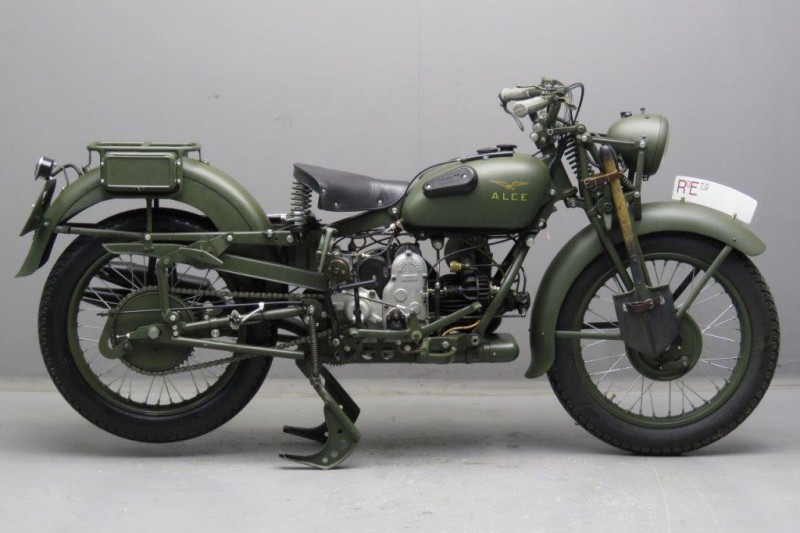 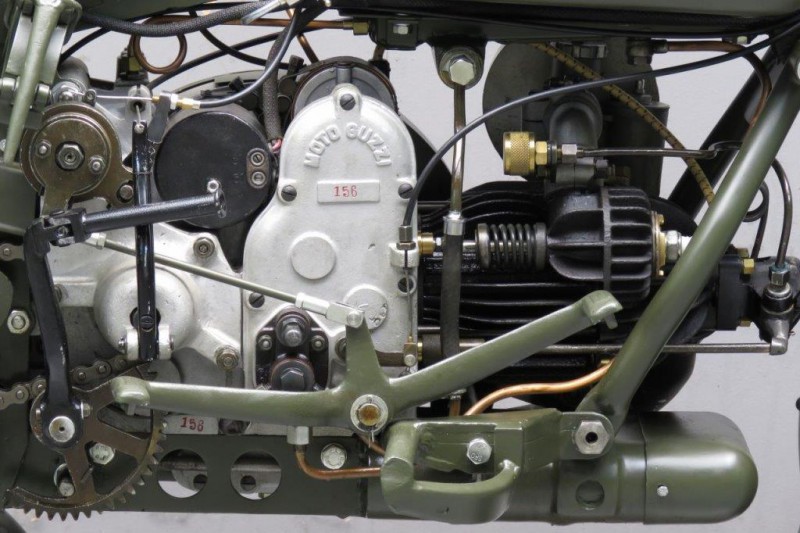 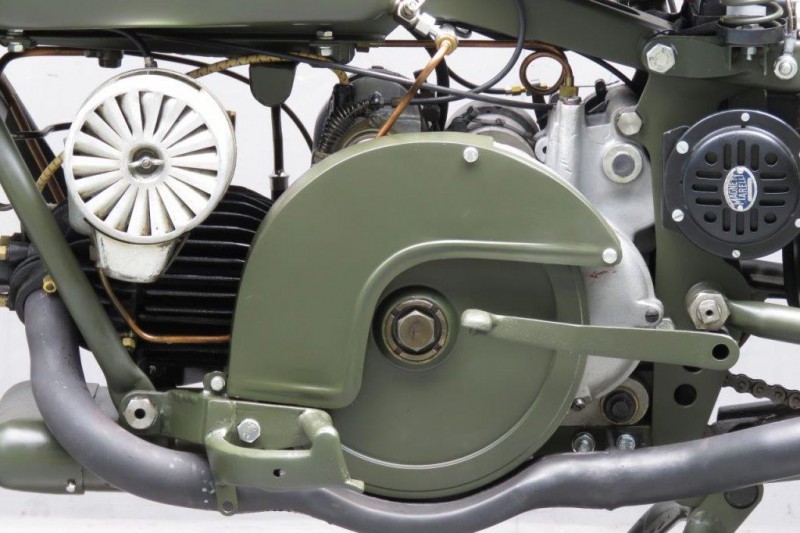 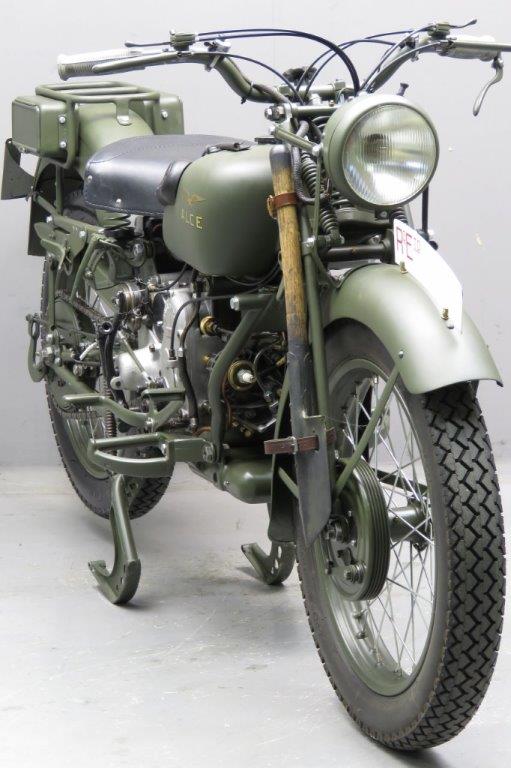 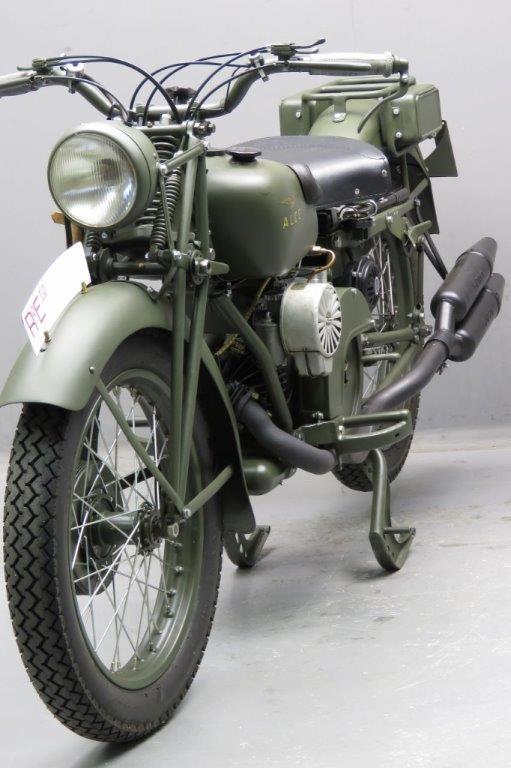 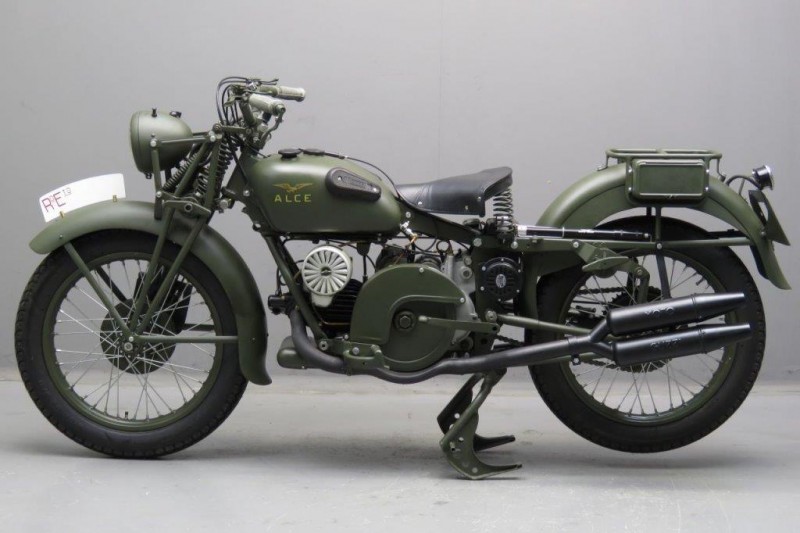 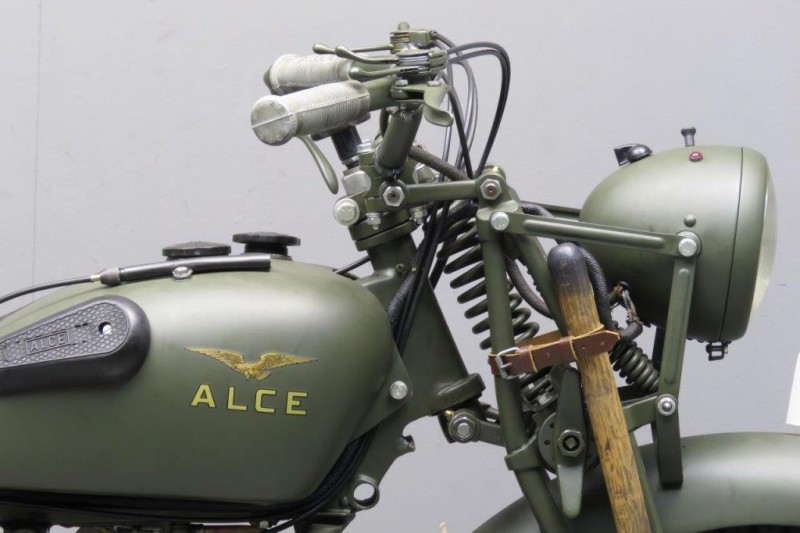 The first Guzzi specifically designed for the army was the GT 17 which was derived from the GT 16 and made its first appearance in 1932.
In 1939 the GT 17 was replaced by what was to become the most popular military Guzzi, the “Alce” ( = moose). It had an unusual design which provided remarkable ground clearance of 21 cm while keeping the wheelbase relatively short.
The Alce engine was a development of the S-type unit and thus had the opposed valves but the gearbox was a hand-change 4 speed unit with preselector.
The external flywheel was covered by a metal pressing because the engine was set rather high in the frame and there was a risk of the “bacon slicer” interfering with the rider’s leg.
The Alce, of which 6390 were built between 1939 and 1945 (roughly 10% were equipped with sidecars) was the backbone of the Italian motorcycle corps and it was employed on all fronts for the delivery of despatches and orders, reconnaissance work and by some special assault groups. It was highly appreciated by the Italian servicemen and enjoyed the respect of the allied forces, who were always very glad to capture reusable models.
The power output is 13.2 HP @ 4,000 rpm, the machine weighs about 180 kg and uses 4 litres of fuel per 100 kms. (Source: Mario Colombo, 80 years of Moto Guzzi Motorcycles).
This Alce has been restored with care and runs fine.