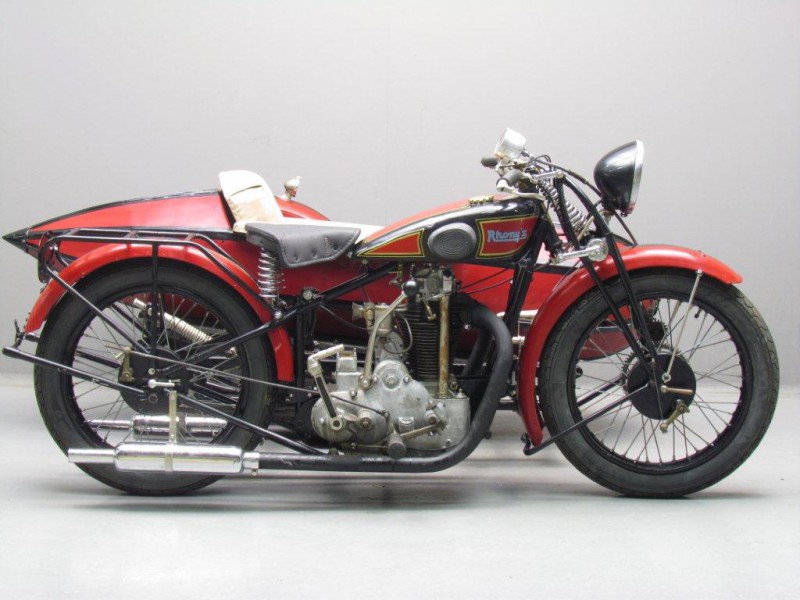 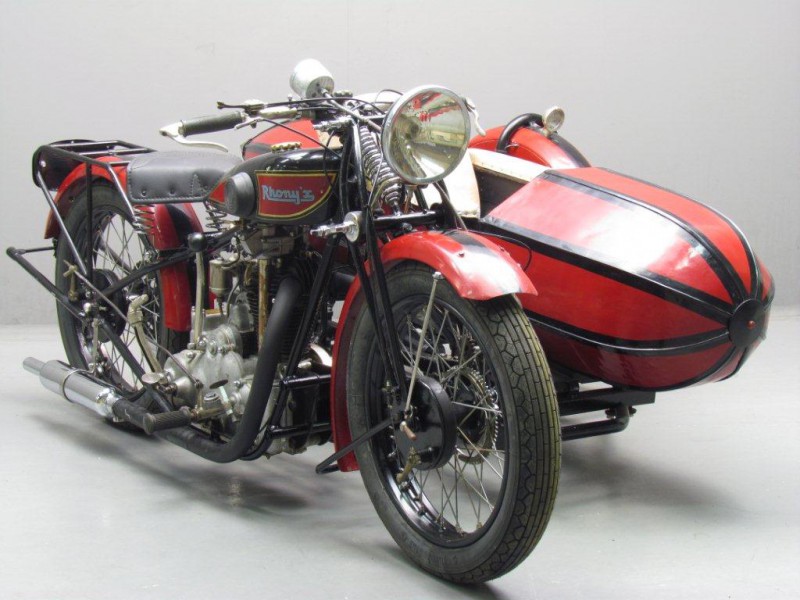 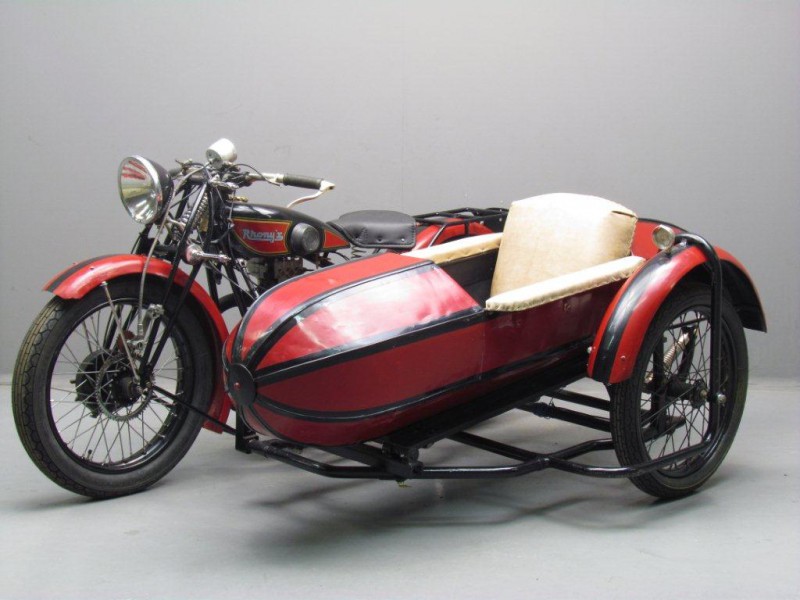 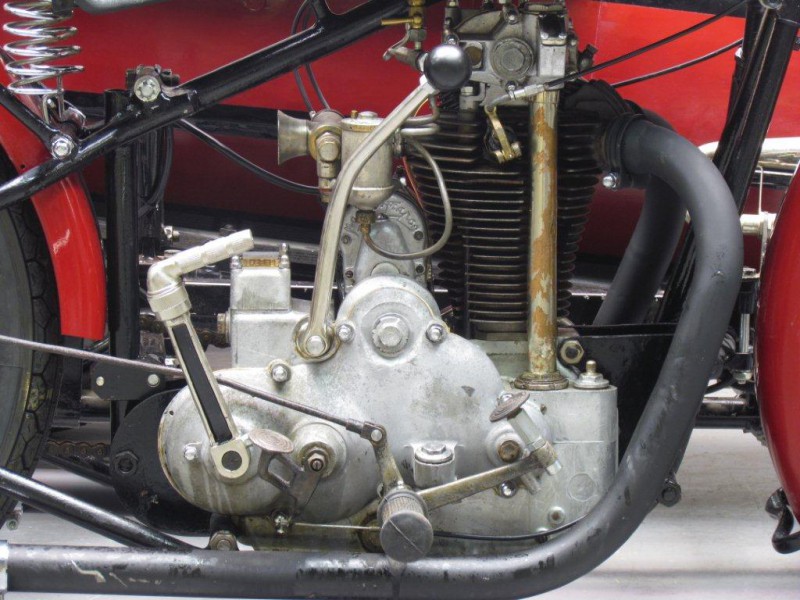 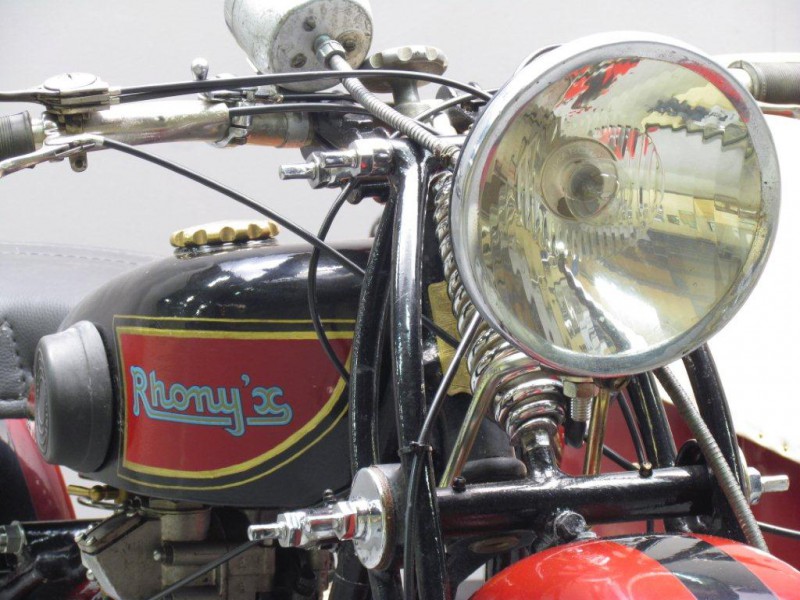 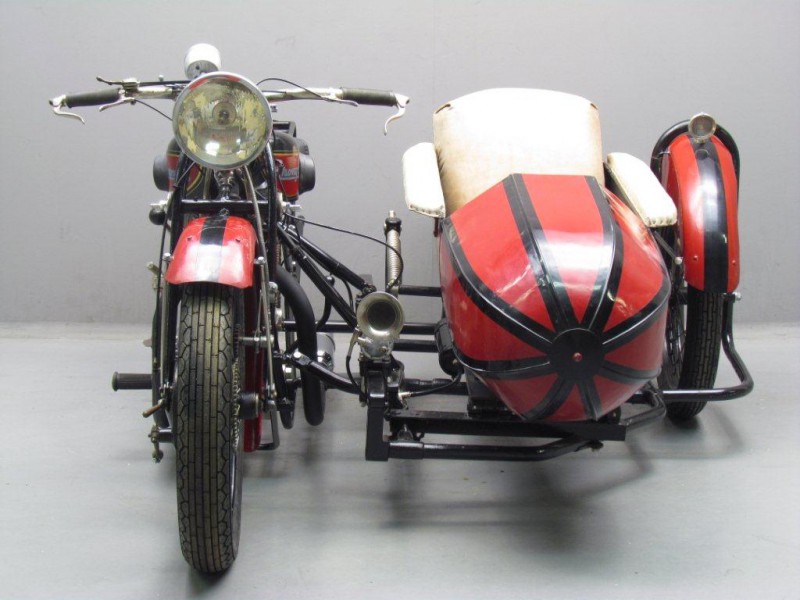 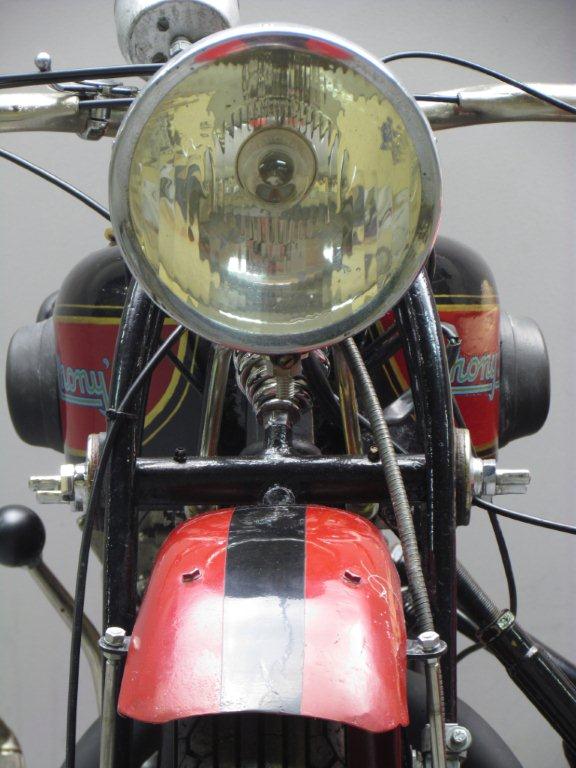 This make existed for a relative short period only.
Initially the company hailed from the village of Bron, ( Rhône), later on it moved to nearby Lyon.
The first models, made in 1924, had two stroke engines with outside flywheel.
In later years also JAP and Chaise engines were employed, as well as their own “Stainless” unit construction engines.
The brakes for the bigger machines were made by the firm of AYA in Saint Etienne, which also produced brakes for makes like Styl’son and New Map.
Production stopped in the thirties.
Chaise engines became very popular as proprietary engines with quite a few French motorcycle makers; the factory also produced a variety of horizontally opposed fours for nautical and aviation use.
Maurice Chaise began his career with Rhone (later Gnome et Rhone) where he worked from 1907 to 1921.
Les etablissements Chaise & Cie. were based at 36, 38, 53 Rue Auguste Lançon, Paris 13 E.
Production ceased in 1939.
This sports tourer is equipped with a sidecar and has been restored a number of years ago.