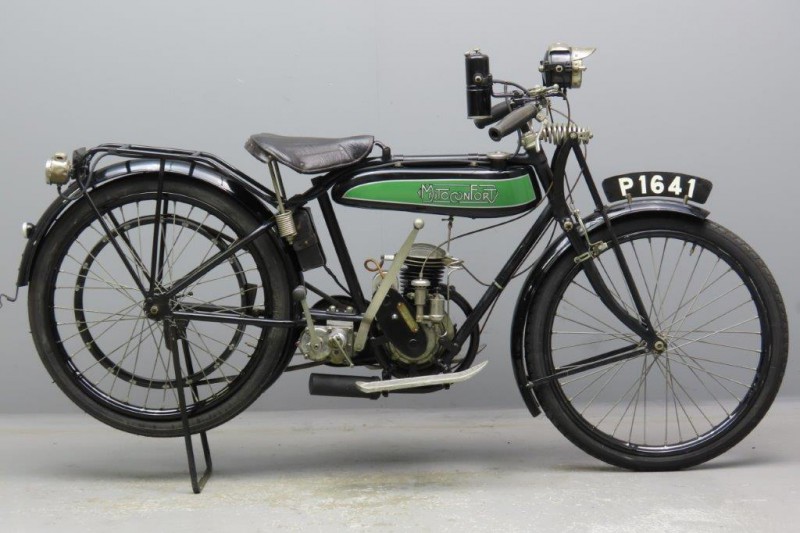 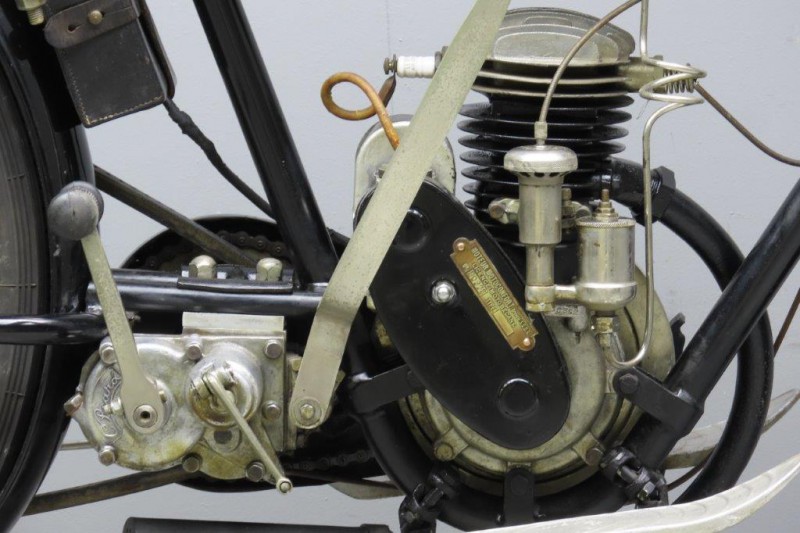 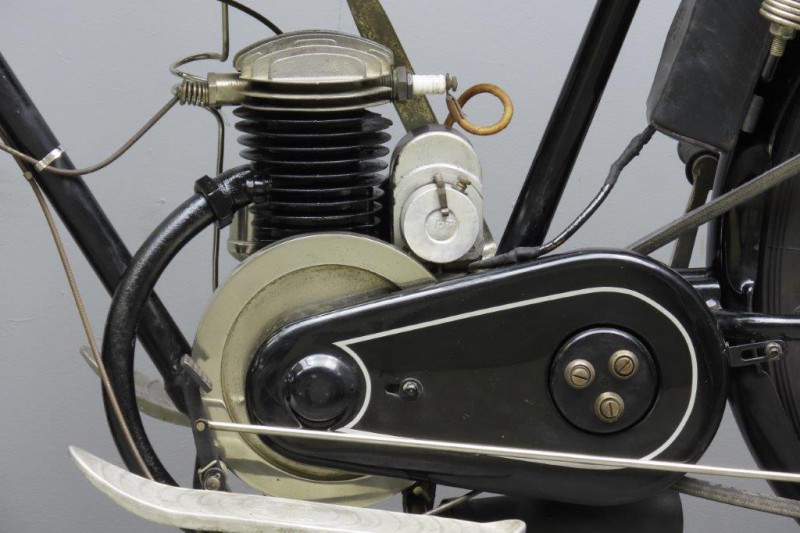 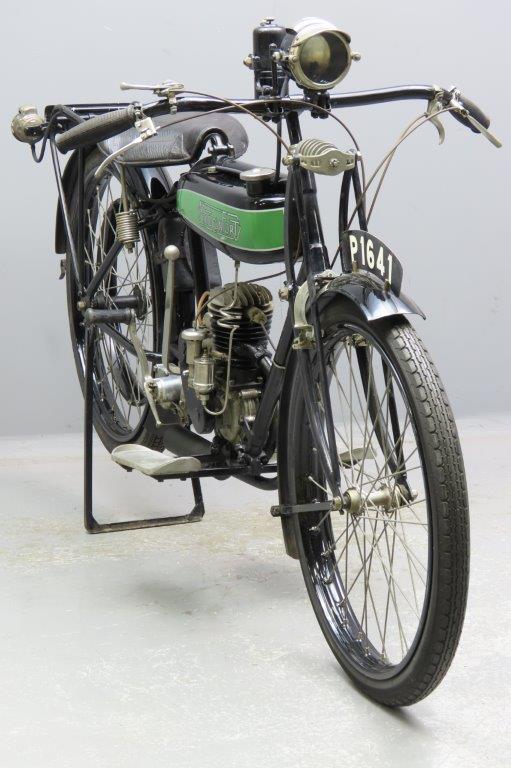 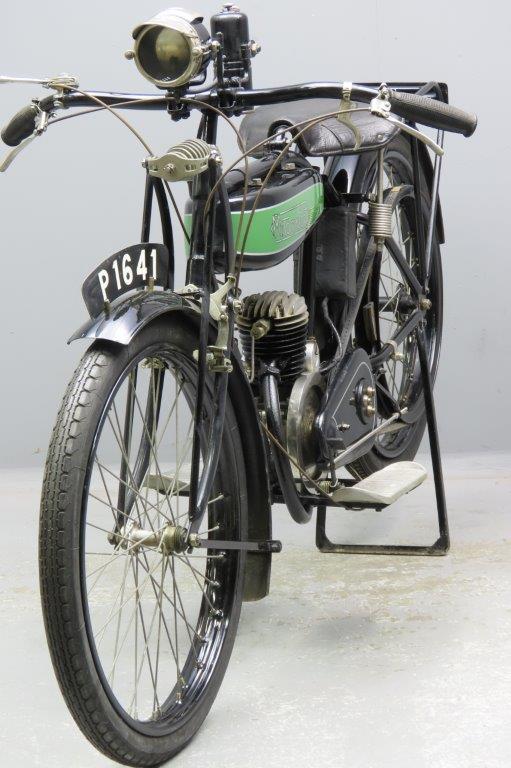 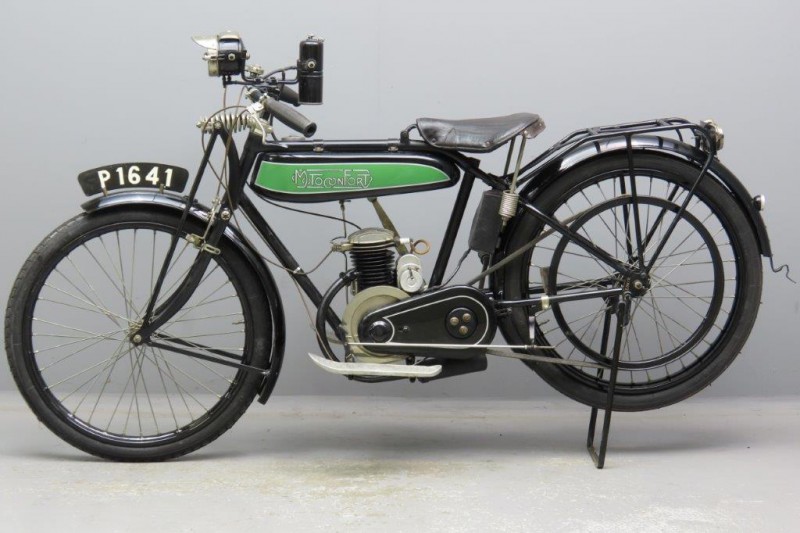 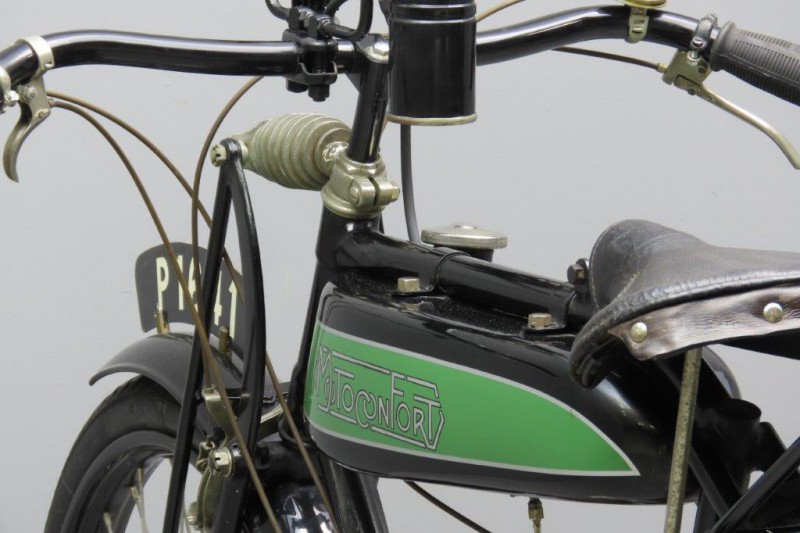 Abel Bardin and Charles Benoît were responsible for the very successful 174 cc direct belt driven MB 1 Motobécane two stroke that was developed in 1923.
This little machine with bore x stroke of 56 x 70 mm was of simple construction and had direct belt drive.
The pleasing lines of the machine might have been inspired by the lightweight American Evans: Designer Charles Benoît spent some time in America in 1917 and 1918 as a military instructor and the similarity between the Evans and the Motobécane is striking.
In 1925 Bardin and Benoît formed another company to act as a sister make to Motobécane, the Societé Anonyme La Motoconfort.
The 174 cc machine was developed further and by 1927 a two speed gearbox and chain drive were fitted.
From 1927 on the range was expanded with four stroke models that were powered by engines from Blackburne and JAP, while gearboxes from Burman, Staub, Albion and various other makes were fitted.
This pleasing lightweight has been restored a number of years ago and has been past of a static collection.
It is fitted with Novi magneto and C. Picard gearbox and comes complete with Luxor acetylene lighting system.