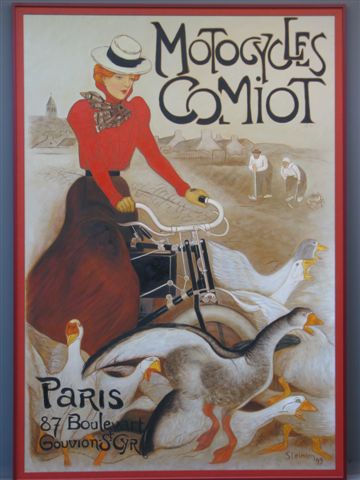 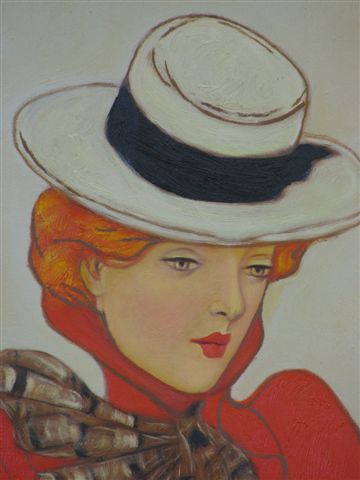 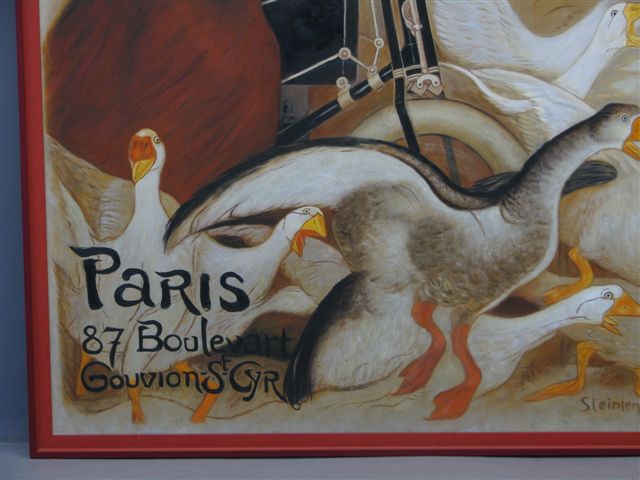 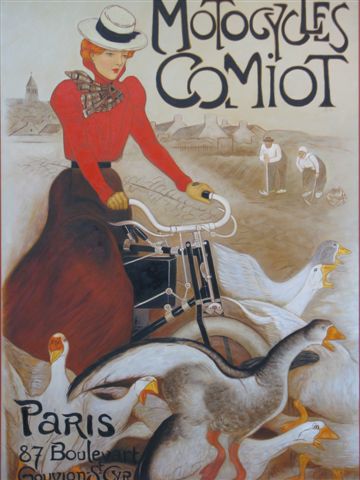 “A new interest in nature, travelling, hiking and open-air sport had been apparent for some time by the turn of the century.
Young, progressive people were particularly keen on a more mobile way of life.
They wanted to escape from the narrow confines of the velvet-draped salons, in which their parents’ generation
had felt so much at home.
Moreover in France a holiday in the country was one of the most popular forms of relaxation.
The french Comiot motorcycle firm, in advertising it’s new, three wheeled transport vehicle, build along the lines of the de Dion Bouton tricycle, fitted with every gadget from brakes to gears, directed it’s appeal at the younger generation”
This attractive young lady enjoys a very relaxed ride on a warm and sunny afternoon in rural France and you can almost  hear the sound of her chuffing tricycle and the crickets in the fields.
“The frightened geese fleeing from the newfangled contraption show amusingly what happens when progress intrudes on rustic tranquility: something has got to give.
From the set expression on the young rider, it’s clear that she’s determined to have her way.
The artist Steinlen didn’t attempt to sell the technical details of this Comiot tricycle; instead he sold an anecdote in graphic terms”
Steinlen, the original designer of this artwork, provided us with a magnificent and extremely decorative poster which will suit the interior of a modern design like home as well as any classic interior.