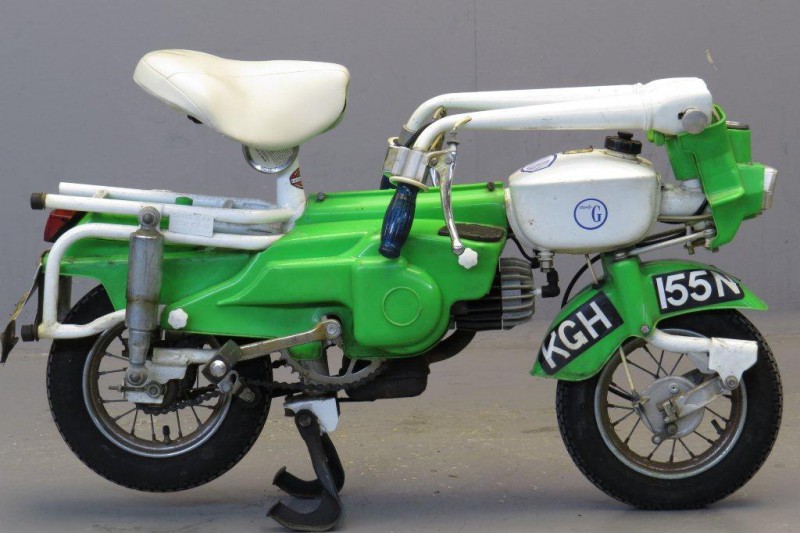 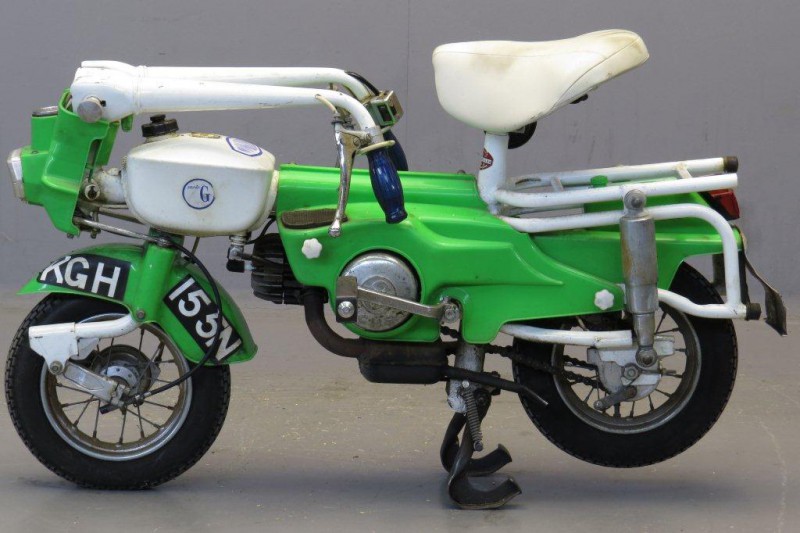 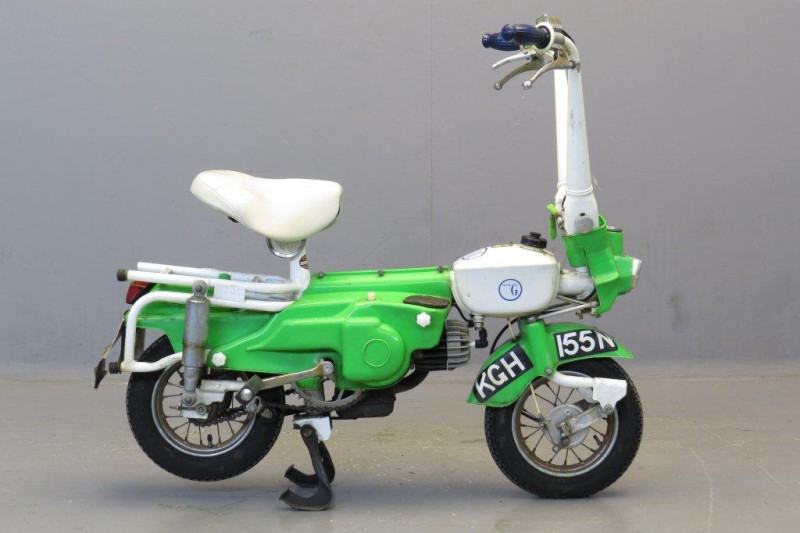 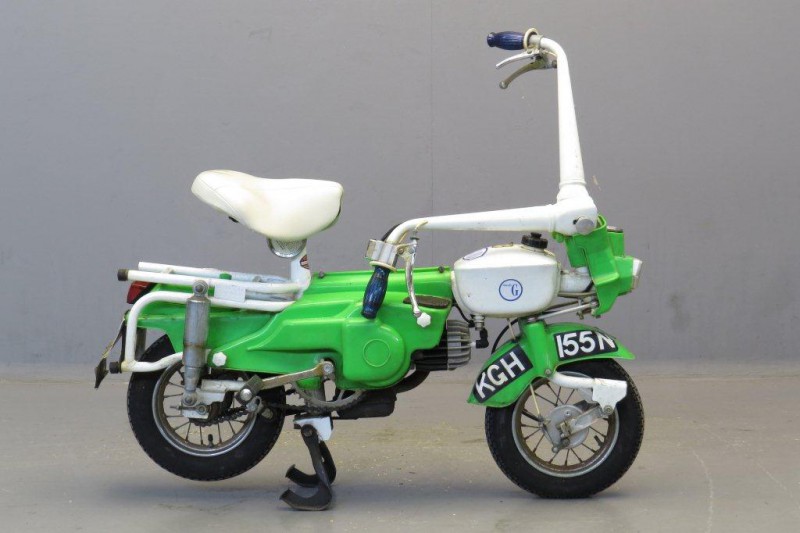 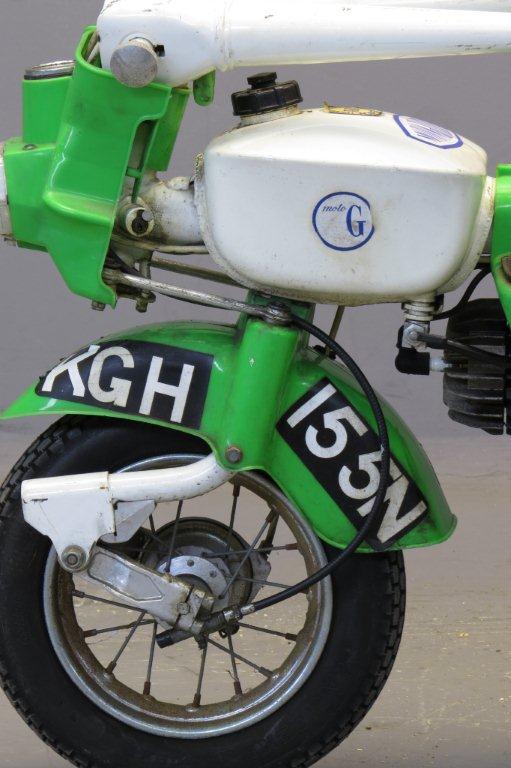 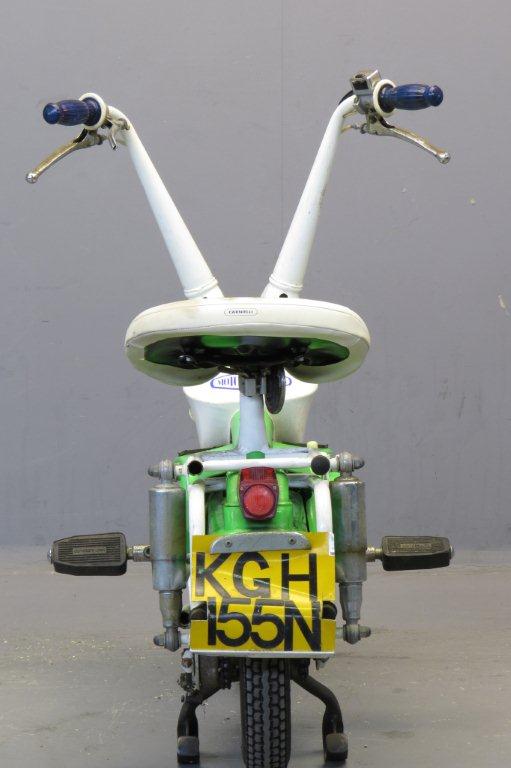 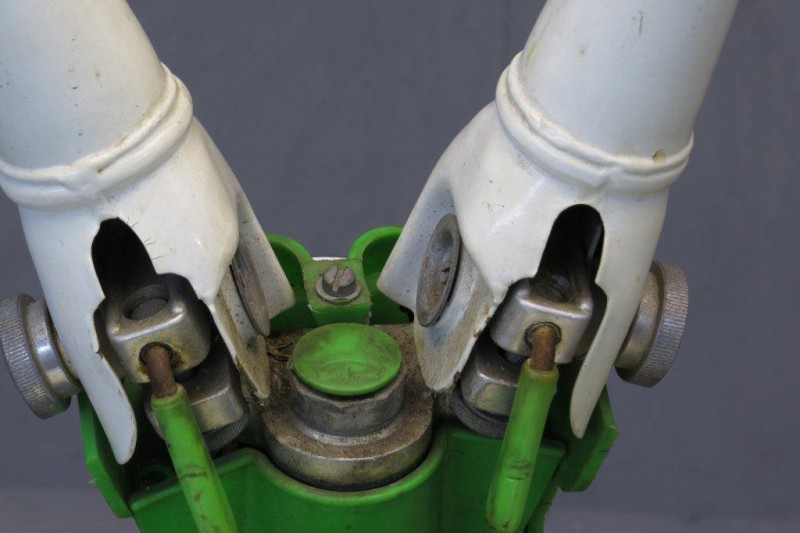 Intended for owners of yachts, caravans and motorhomes, the Motograziella was a Sachs-powered folding moped manufactured by Carnielli of Vittorio Veneto, Italy from the mid-1960s until the company closed in the 1980s.
Carnielli had been founded in the 1920s by Teodoro Carnielli and first came to prominence as manufacturer of Bottechia bicycles (named after Ottavio Bottechia, Italy’s first winner of the Tour de France).
Carnielli began making motorcycles in the early 1930s, concentrating after WW2 on two-stroke lightweights and the Vittoria scooter.
This Motograziella was purchased new by the former owner and has covered only 25 kilometres from new. Believed last ridden in the 1980s.