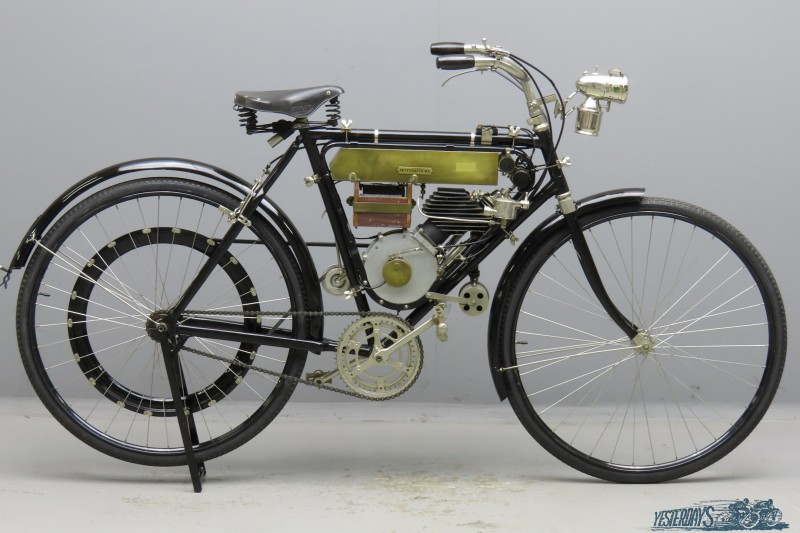 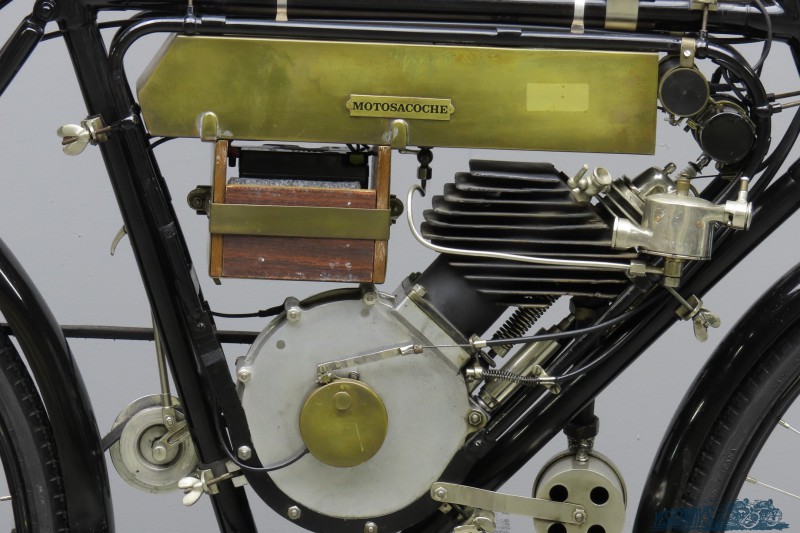 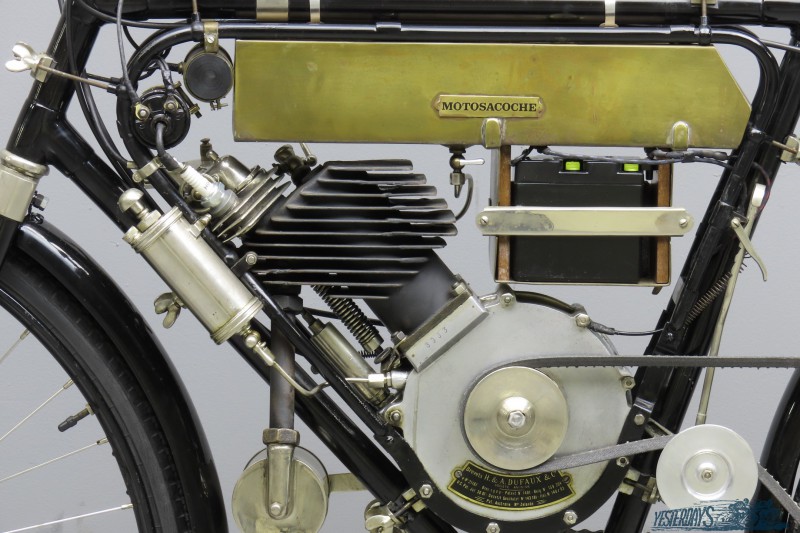 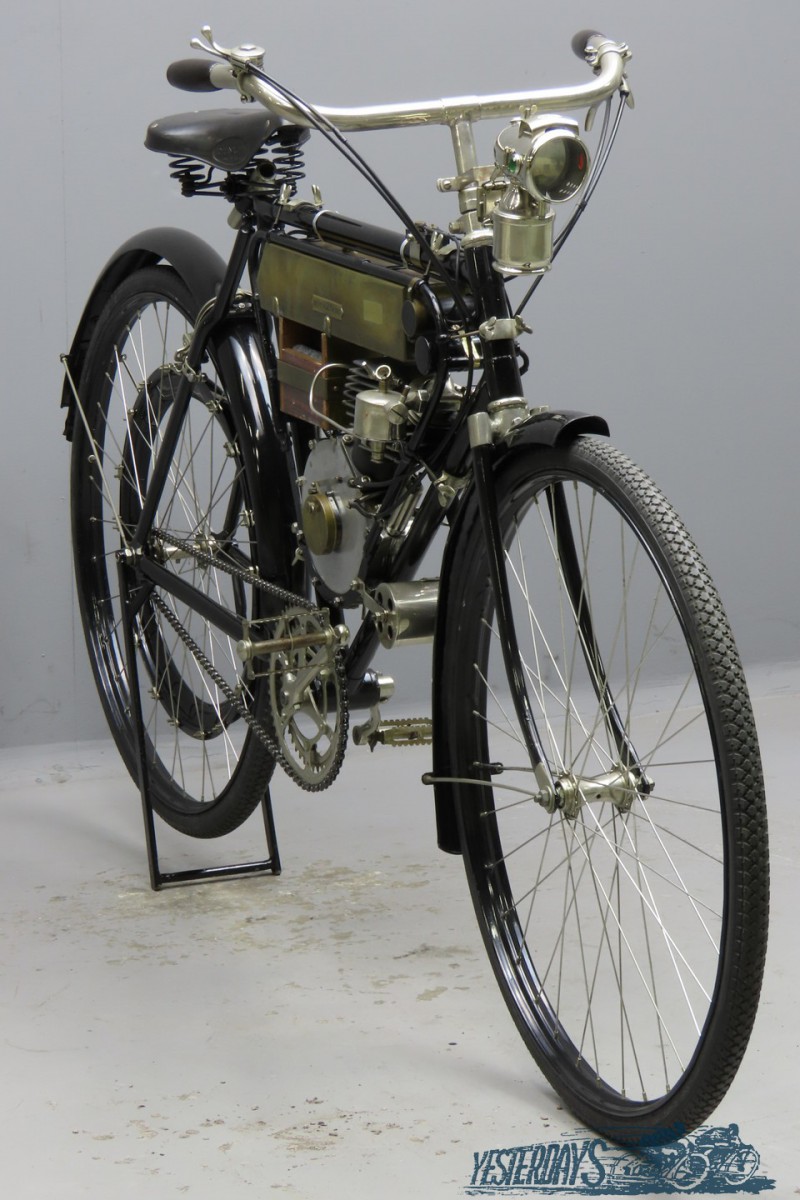 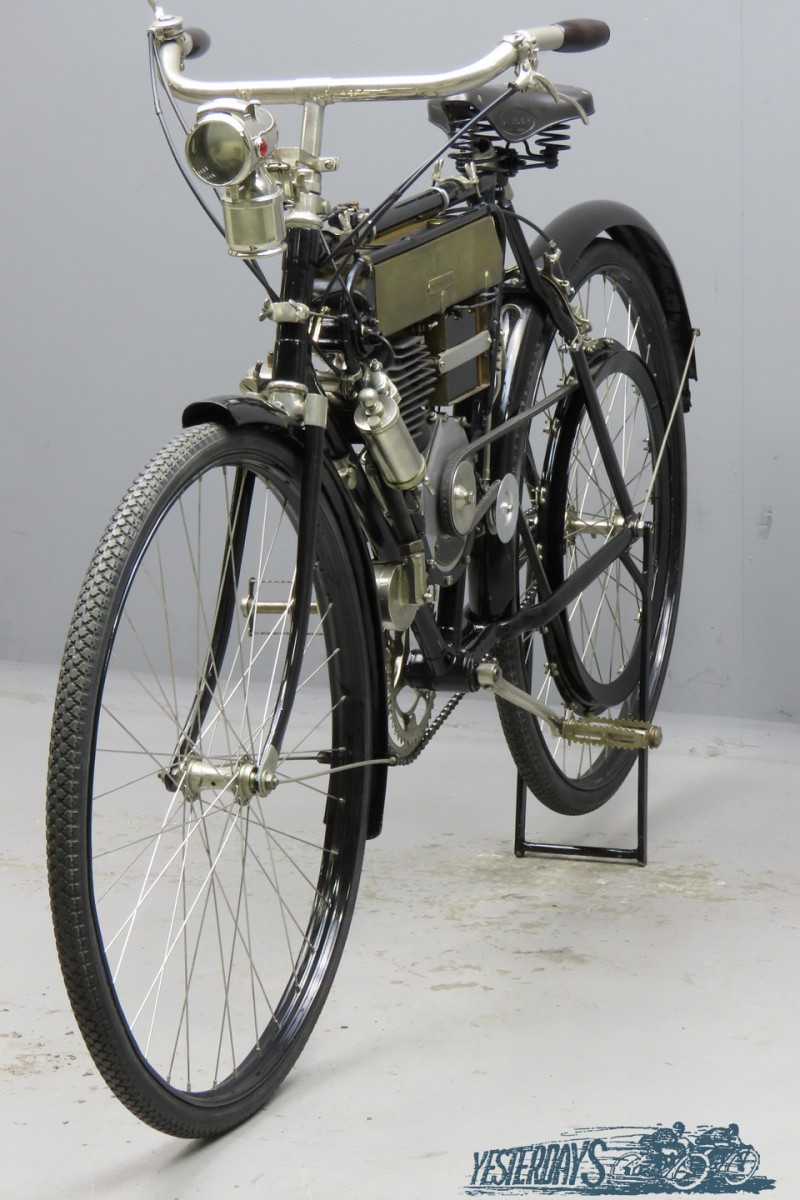 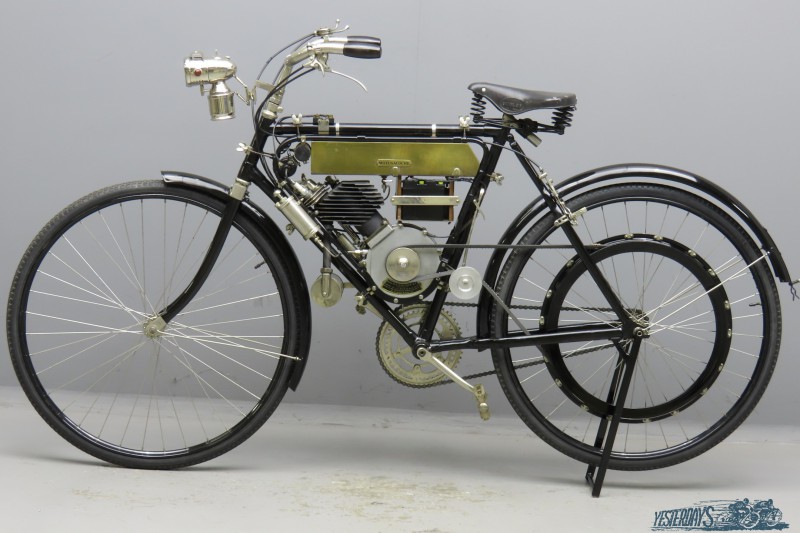 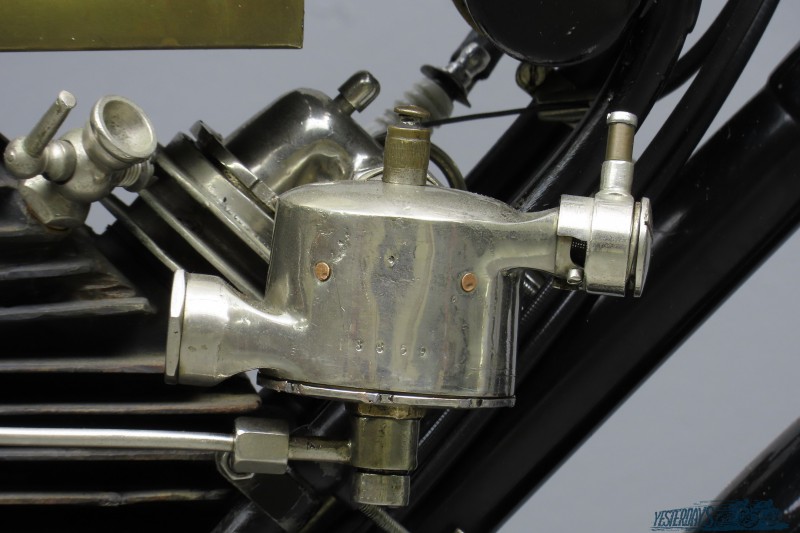 In 1899 the French brothers Henri and Armand Dufaux designed a little four-stroke engine.
They set up production facilities in Switzerland and arranged the engine and ancillaries in a small sub frame that fitted into the frame triangle of a bicycle.
Very soon the quality and practical utility of the invention became known even far beyond the Swiss territory and thousands of these “engines in a bag” were sold.
An advantage of the system was that engine vibrations were taken up by the subframe and not transmitted to the bicycle frame; quite a few early engines were fitted to bicycles that proved too light to withstand the constant hammering of the often primitive and heavy power sources.
A customer that didn’t possess a bicycle could also order a complete machine, which meant the factory also supplied a “Dufaux” bicycle.
The A1 engine was fitted with battery and coil ignition and weighed only 7.5 kg.
The 1905 brochure titled “Characteristiques de la Motosacoche” consists of no less than 28 pages with full descriptions and drawings of all parts.
The factory claimed that an engine set could be fitted in 5 minutes to a bicycle.
The A1 is fitted with a belt adjuster and has battery and coil ignition.
There is a rim brake on the rear wheel and the top speed of the little machine ranges from 30 to 40 km per hour.
The charming veteran we present here comes with Dunlop saddle and Scharlach acetylene front lamp.