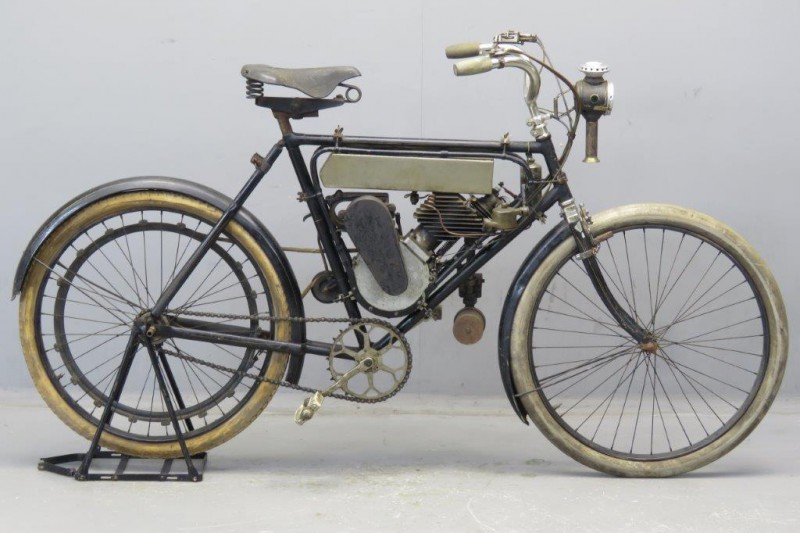 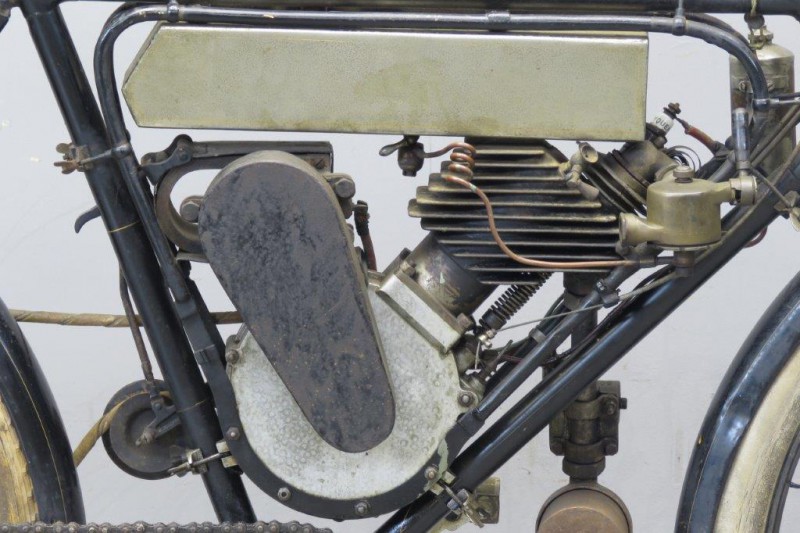 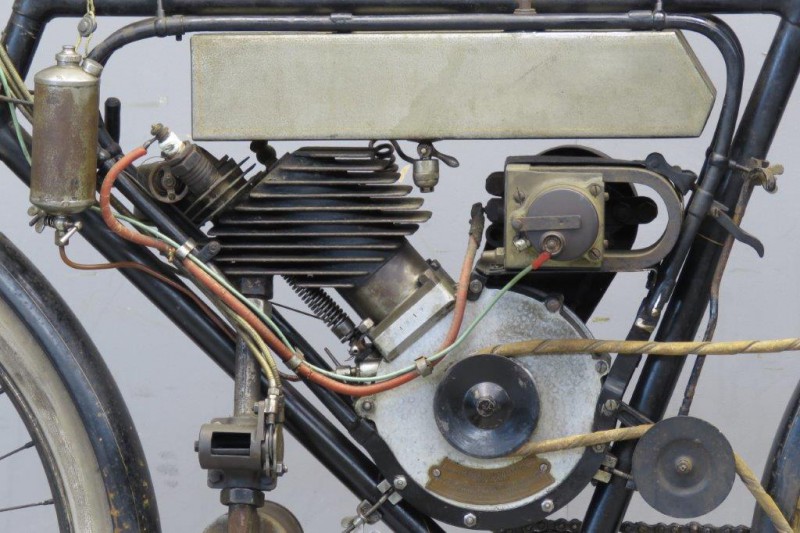 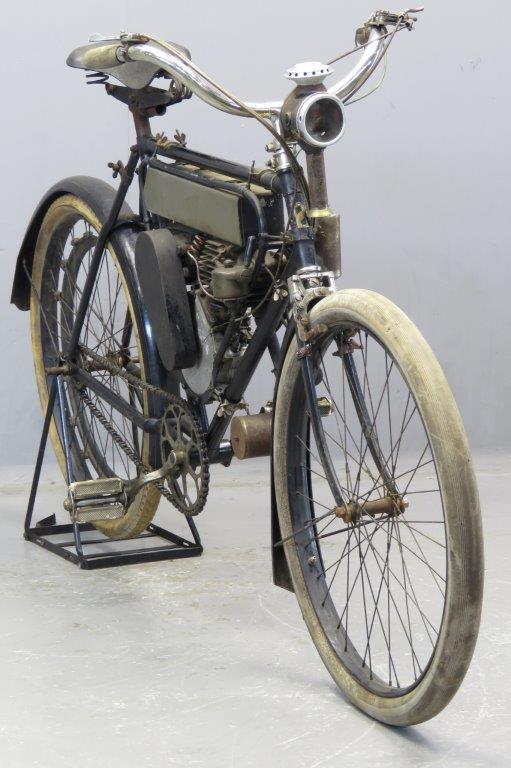 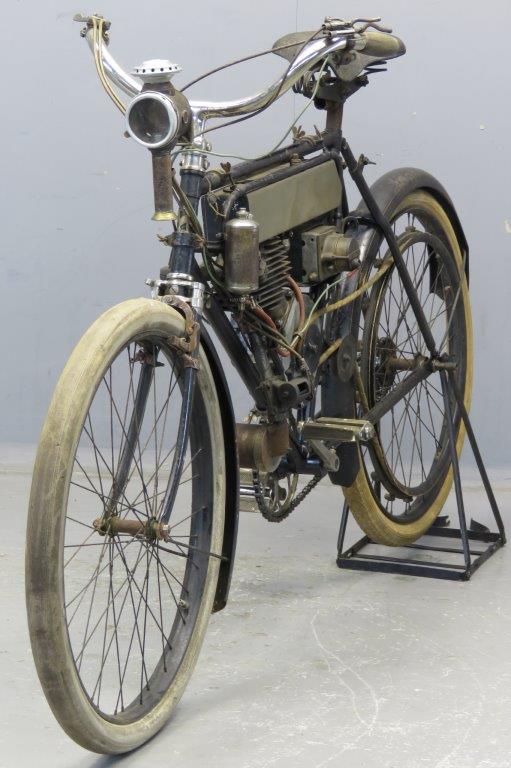 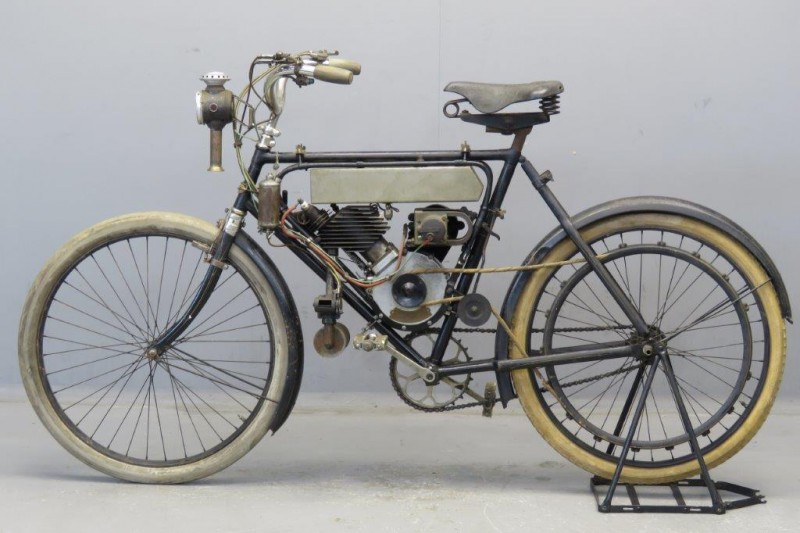 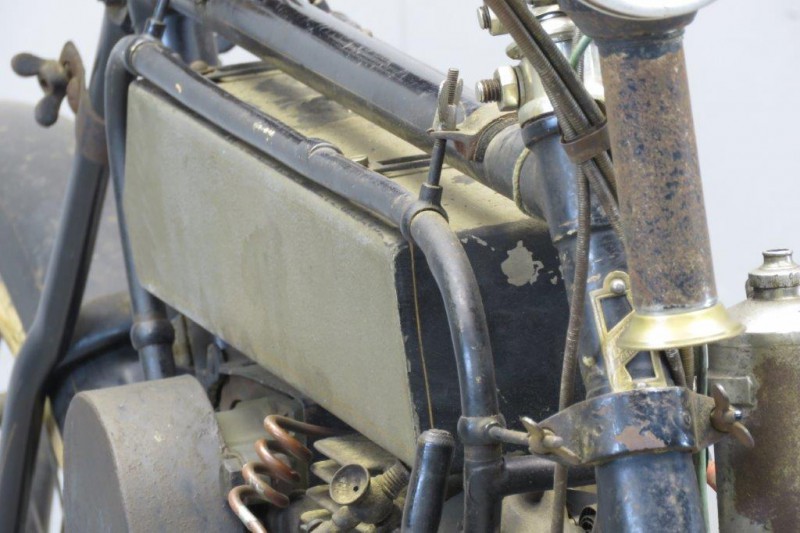 In 1899 the French  brothers Henri and Armand Dufaux  designed a little four-stroke engine.
They set up production facilities in Switzerland  and  arranged the engine and ancillaries in a small sub frame that fitted into  the frame triangle of a bicycle.
Very soon the quality and practical utility of the invention became known even far beyond the Swiss territory and thousands of these “engines in a bag” were sold. A customer that didn’t possess a bicycle could also order a complete machine,  which meant the factory also supplied a “Dufaux” bicycle.
This early machine is in remarkable good original  condition and hasn’t been on the road for many years. The handlebars and fork crown have had a new nickel finish  a long time ago but all the rest of the machine seems untouched.
The original lining on the frame and mudguards is still visible.
We believe this Motosacoche has been updated with a magneto ignition, which is neatly mounted directly behind the cylinder and chain driven from the crankshaft.
An interesting feature is the Bowden exhaust cut out, or horse-valve, which is mounted in the exhaust pipe and activated by a handlebar fitted Bowden lever.
The luggage rack can swing down to acts as a stand. The cherry on the cake is the candle powered head lamp.
Engine weight is only 32 kg,  running speed circa 35- 40 km/hour.