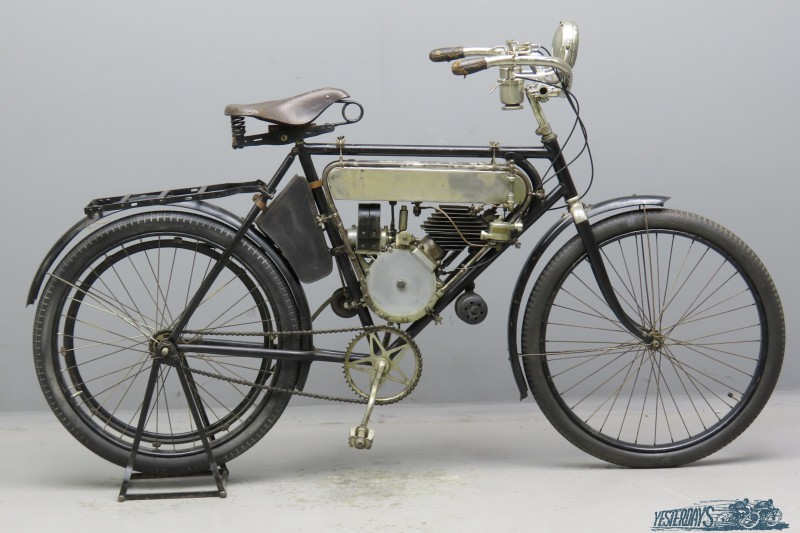 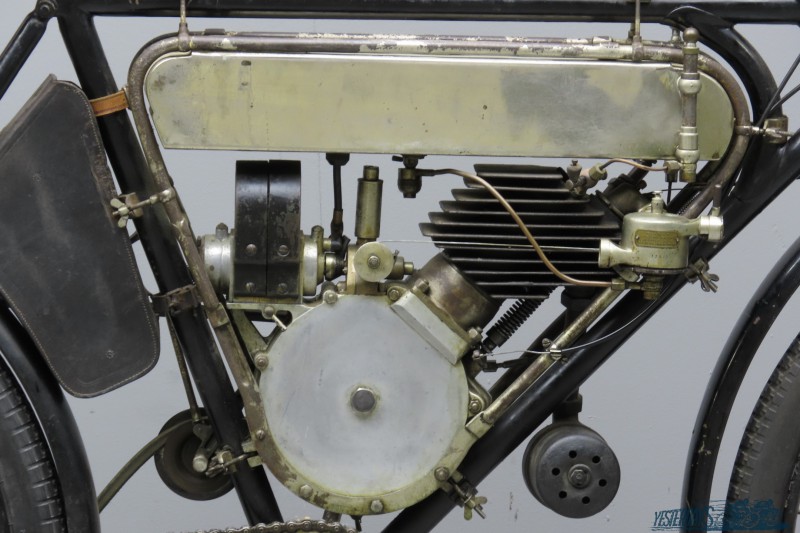 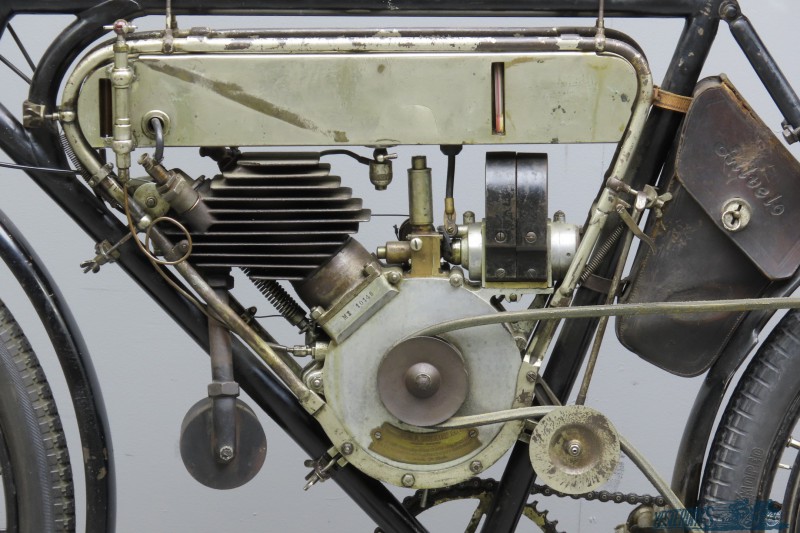 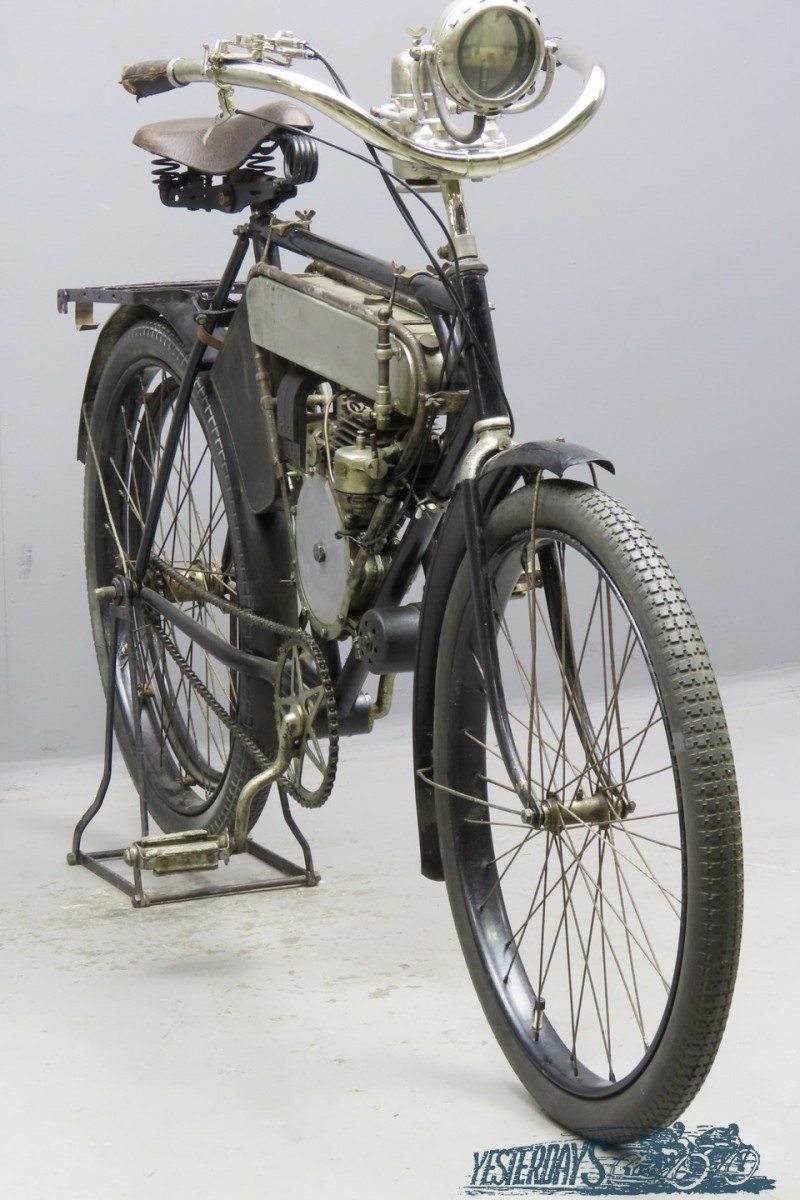 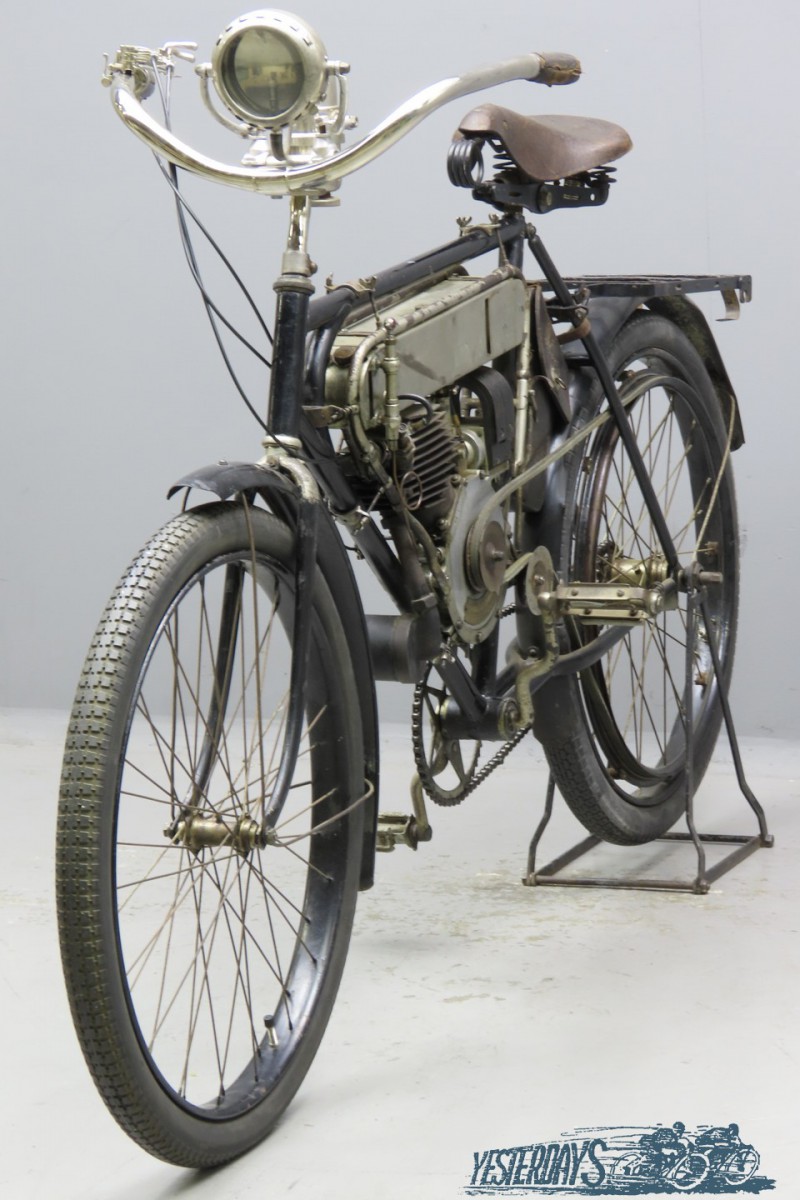 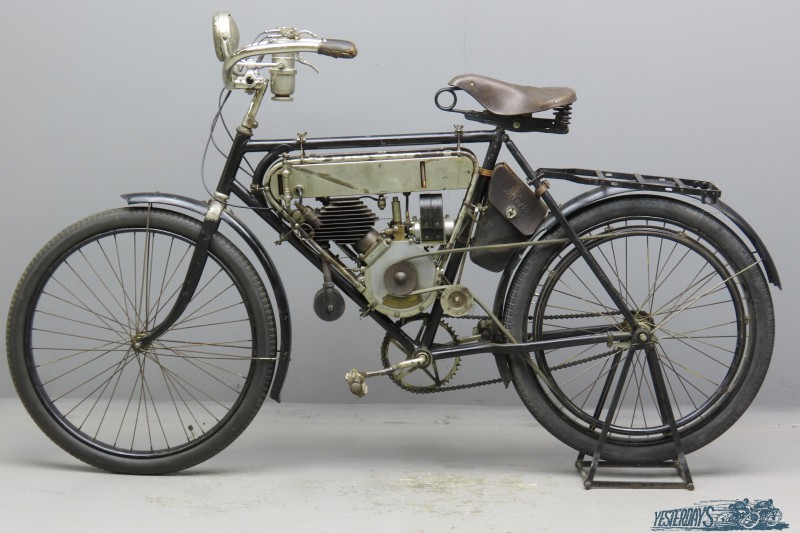 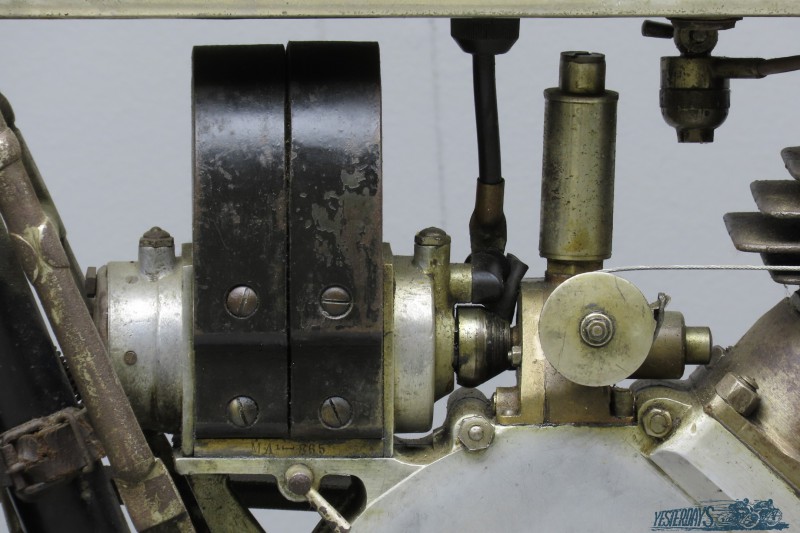 In 1899 the brothers Henri and Armand Dufaux from Geneva, Switzerland, designed a little four-stroke engine.
This compact unit could be bolted into the frame of any ordinary pushbike: The “Motosacoche” -which approximately means “engine-bag”- was born!
Very soon the quality and practical utility of the invention became known even far beyond the Swiss territory.
Gradually the engines became bigger and more powerful, twin cylinders were produced and the initial idea of a motorized pedal-bike was given up.
The factory built complete motorbikes under the “Motosacoche” label, but kept on selling M.A.G. (Motosacoche/ Acacias/ Genève)-engines to many well known and less well known manufacturers in various countries.
The M1 was the second model the factory brought out; the A1 with battery and coil ignition was marketed from 1901 to 1910.
The M1 was equipped with magneto ignition and was sold between 1908 and 1910, when it was superseded by the MT, which had a mechanical inlet valve.
One of the smaller manufacturers that fitted the Motosacoche power unit was the Allmänna Velocipedförsäljnings AB in Landskrona, Sweden.
This company was founded by Fritiof Karlström and built cycles and motorcycles with proprietary engines such as Moto-Rêve and Motosachoche under the “Allvelo” brand name in the early 1900s.
Apart from cycles and motorcycles the company also traded in tyres, bicycle bells, bulb horns, clocks, acetylene lamps, handlebars, rim brakes, saddles and many other components.
The machine we present is built sturdily and fitted with 26×2 Swedish Trelleborg tyres.
Stopping power is provided by a Rapid Model 3 coaster brake.
This interesting veteran is an older restoration fitted with acetylene lighting system, well-sprung leather saddle and “Allvelo” leather tool bag.
She’s a runner and gives the impression she has not seen much use.