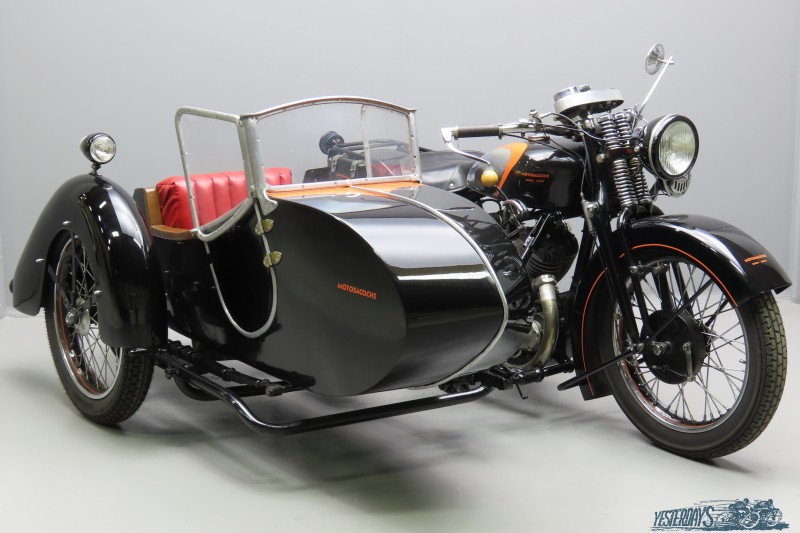 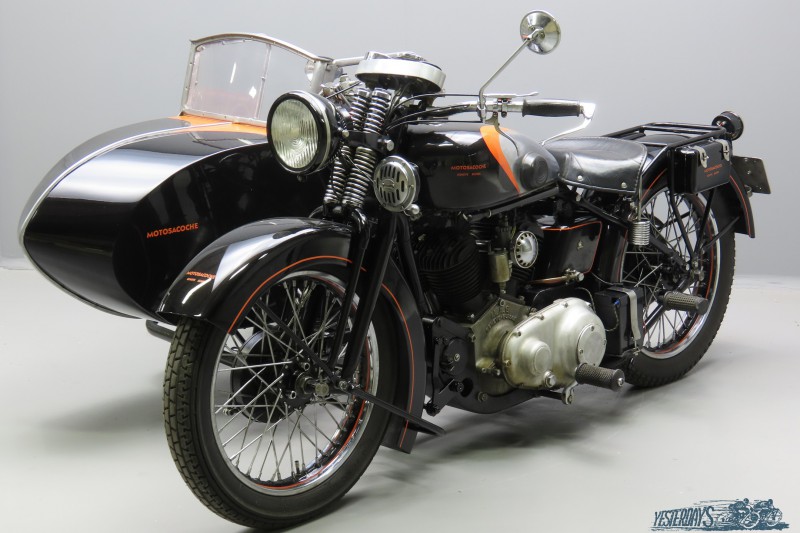 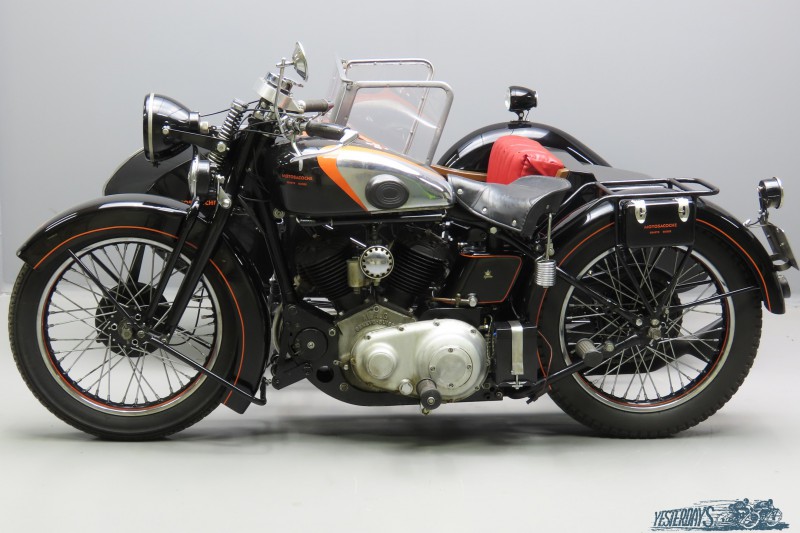 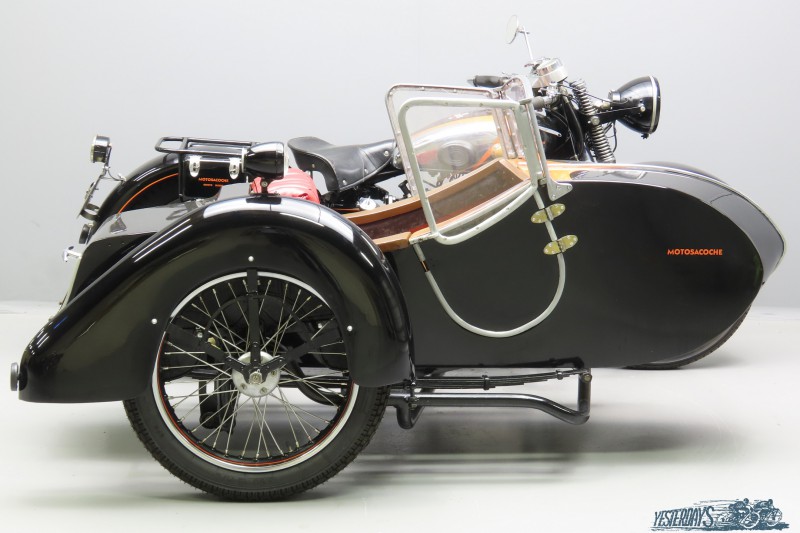 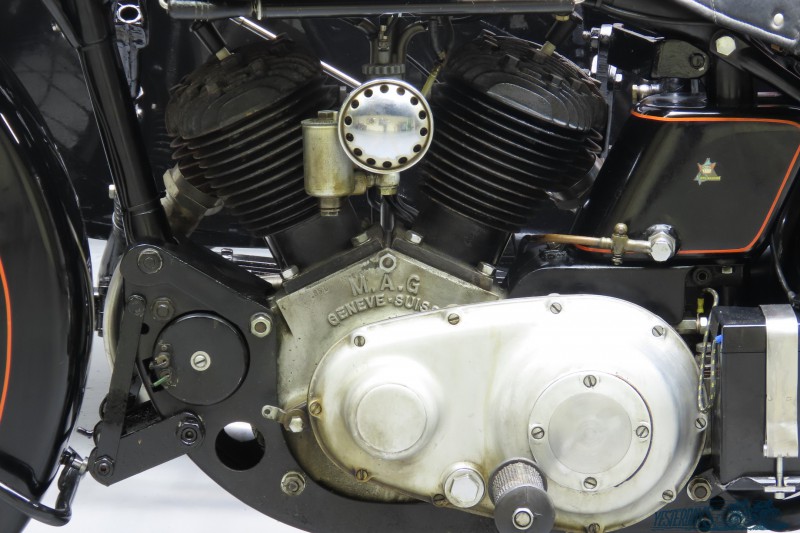 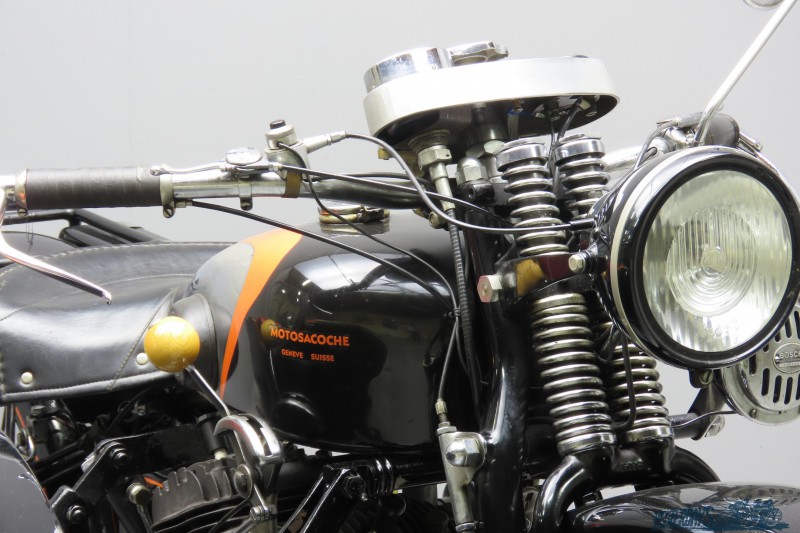 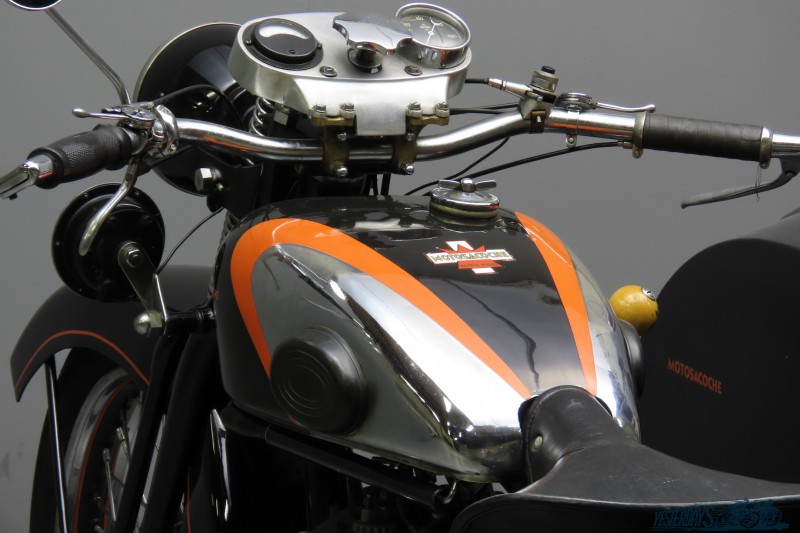 In 1899 the brothers Henri and Armand Dufaux from Geneva, Switzerland, designed a little four-stroke engine.
This compact unit could be bolted into the frame of any ordinary pushbike: The “Motosacoche” -which approximately means “engine-bag”- was born! Very soon the quality and practical utility of the invention became known even far beyond the Swiss territory.
Gradually the engines became bigger and more powerful, twin cylinders were produced and the initial idea of a motorized pedal-bike was given up.
The factory built complete motorbikes under the “Motosacoche” label, but kept on selling M.A.G. (Motosacoche/Acacias/Genève)-engines to many well-known manufacturers in France, England, Germany, Austria and Italy.
The 1933 range consists of various single cylinder machines and two big V-twins, the 748cc Type 714 that is equipped with an IOE engine.
Top of the range is the Type 720 that is powered by a mighty 72x104mm bore x stroke 846cc side valve twin that produces no less than 25hp.
A four-speed Hurth gearbox transmits this power to the rear wheel and the primary drive is by duplex chain in a cast aluminium case.
The brakes are 200mm in diameter and are coupled, the wheels are interchangeable and run on tapered roller bearings.
The petrol tank holds 16 litres, the oil tank has a capacity of 3 litres.
There’s an aluminium dashboard with speedometer and amp gauge and the rider is comfortably seated on a Terry De Luxe saddle.
The sidecar is a robust and comfortable Stoppa; originally a French make that was taken over by the German Steib company in the thirties.
This impressive and rare luxurious combination has been restored in the past and is in excellent shape.