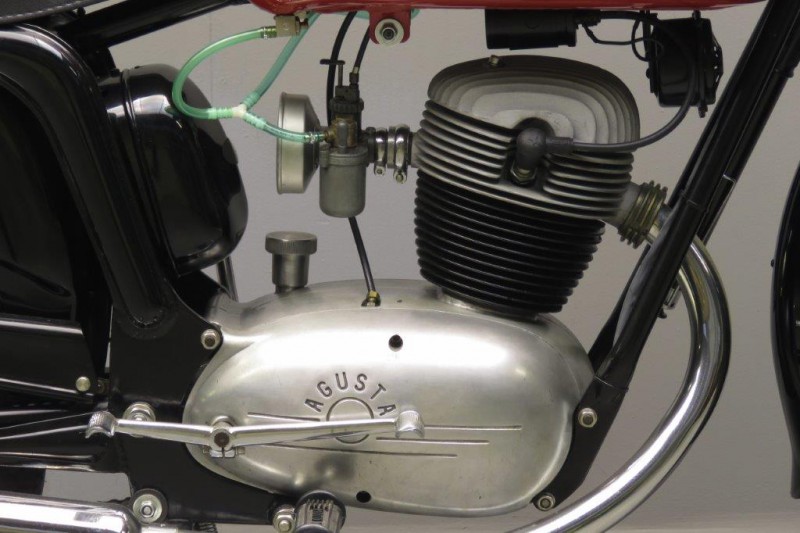 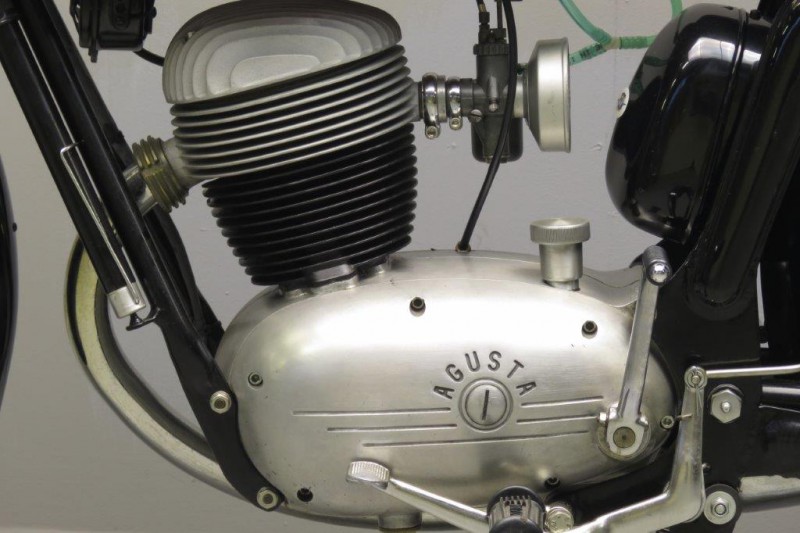 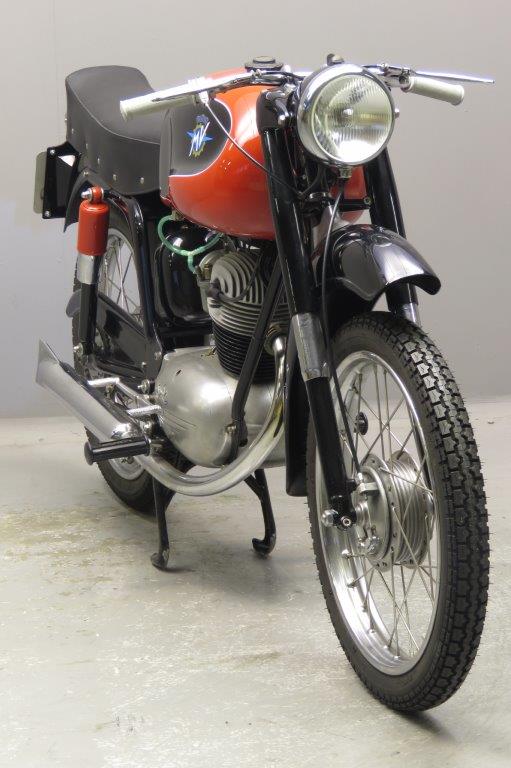 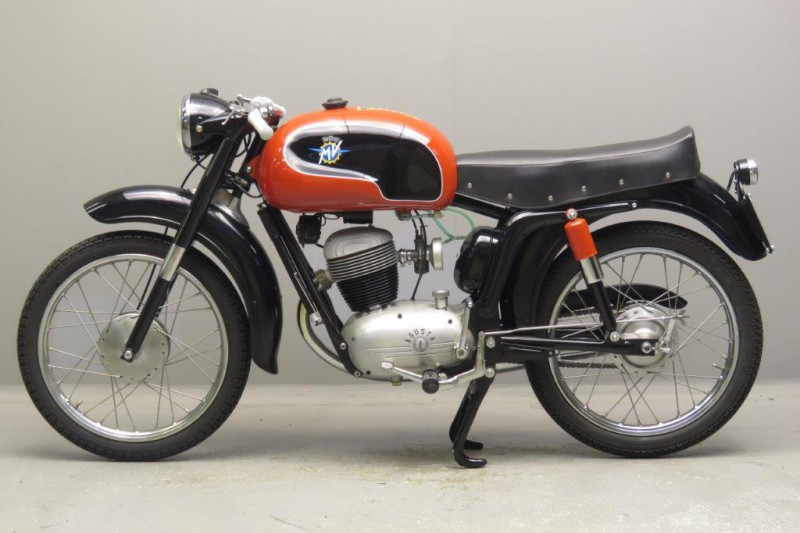 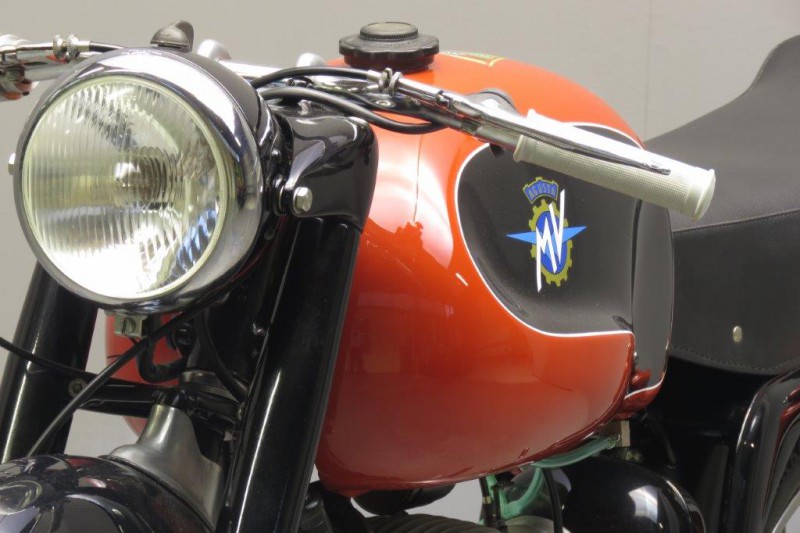 Much better engineered than any British contemporary, the MV Agusta Turismo Rapido (TR) series was by the mid-1950s four-stroke powered.
Neat and simple, the 125cc motor was an overhead two-valve, 54x54mmm bore/stroke, with 8.5:1 compression ratio for 6.5bhp at 6,000rpm, in-unit with a wet clutch and 4-speed transmission.
The carburettor was a Dell’Orto matched with flywheel-magneto ignition.
The frame by 1957 was a double cradle tubular and pressed steel structure with a telescopic fork and twin rear shocks.
60mph was often achieved by commuter and sports rider alike.
There were several sub-models of TR, of which the TRL was one.
This very rare Lusso edition has been painstakingly restored and runs very well.