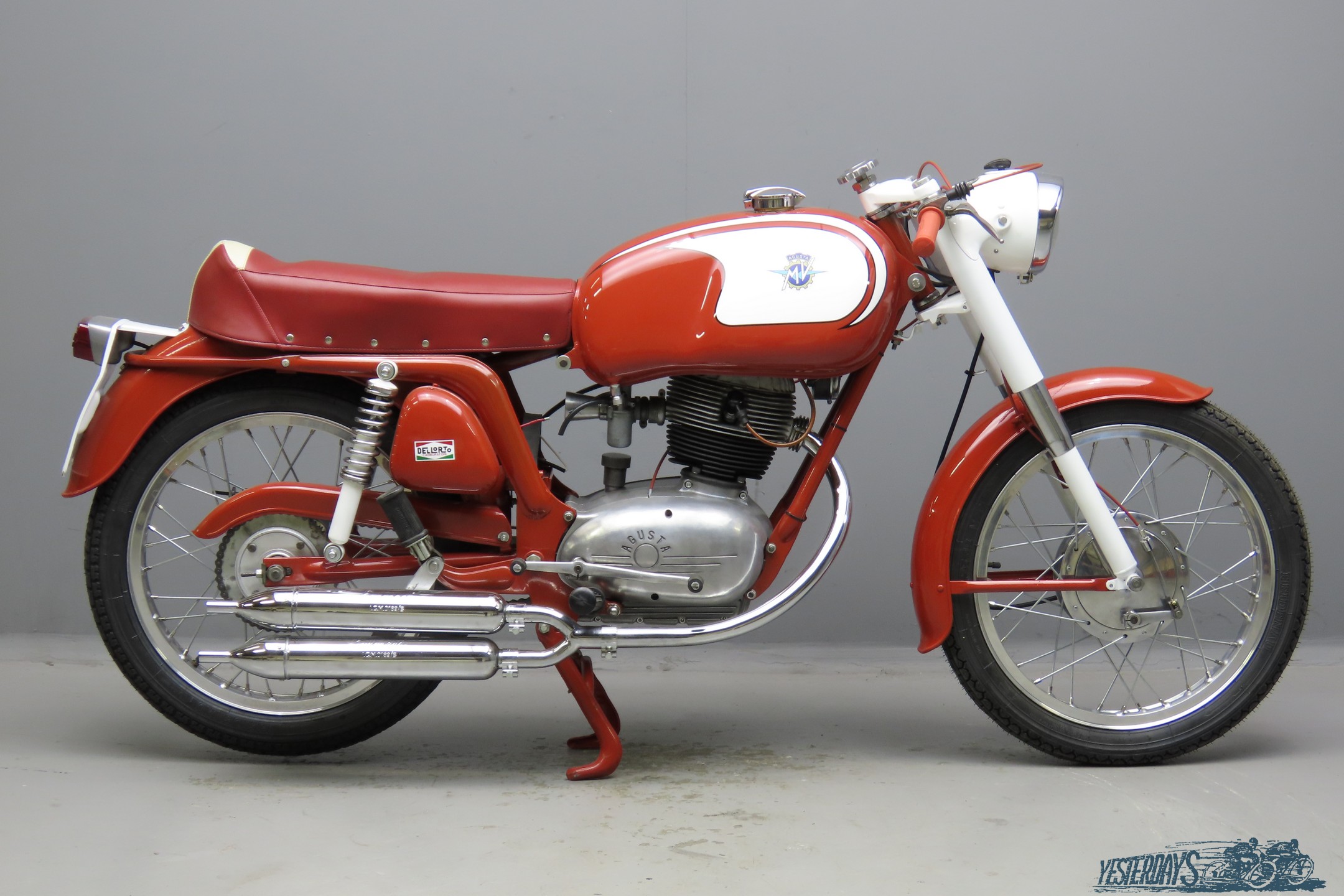 MV Agusta was founded by Count Domenico Agusta on 19th January , 1945 as one of the branches of the Agusta aircraft company near Milan in Cascina Costa, Italy.
The company was not allowed to build aircraft after the war and motorcycles were much in demand.
The abbreviation MV stands for Meccanica (mechanics) Verghera, the hamlet where the first MVs were made.
Count Domenico Agusta had a passion for mechanical workings and for motorcycle racing.
Much like Enzo Ferrari, the Agusta family produced and sold motorcycles almost exclusively to fund their racing efforts.
So soon after the start of production of its first model MV 98, the company launched its own factory racing program.
The machines designed for street use were during the 1950s and 1960s mostly small displacement bikes.
The 125cc “Rapido Sport” was introduced in 1954.
The engine produced 7.5hp.
In 1958, responding to the new Italian Road Law, which closed highways for motorcycles of 125cc or less, the company released a 150cc version of the Rapido Sport.
The new engine produced 10hp and could accelerate the motorcycle up to 110km/h, enough to be able to keep up with traffic on the motorway.
A notable feature of this little sports machine is the dual exhaust damper.
This Rapido Sports has been restored a number of years ago and has been part of a static collection since then, so a full check-up is advisable before she can be enjoyed on the open road.