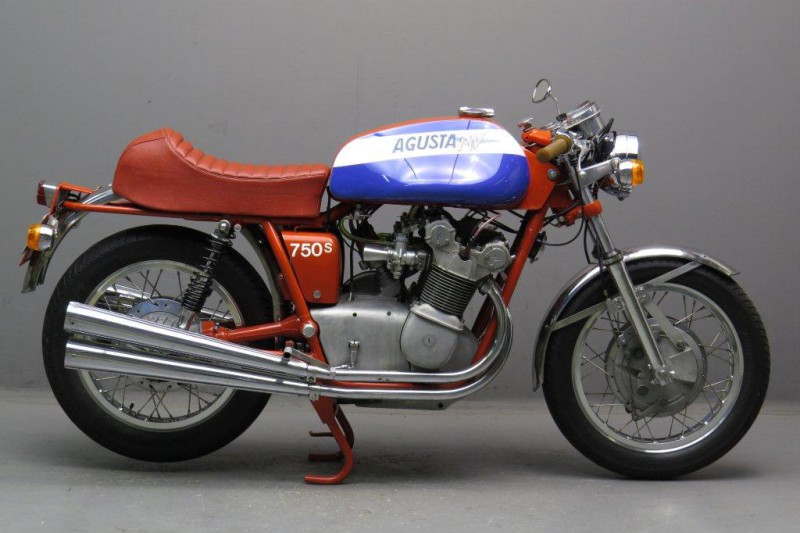 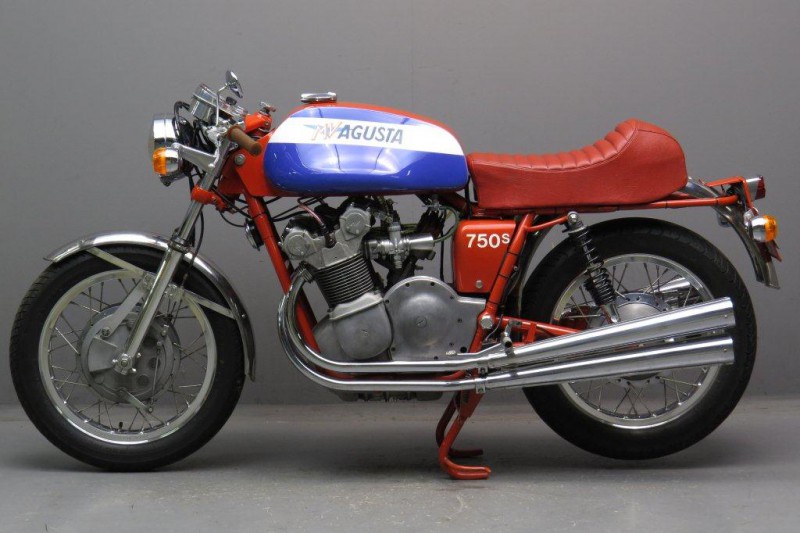 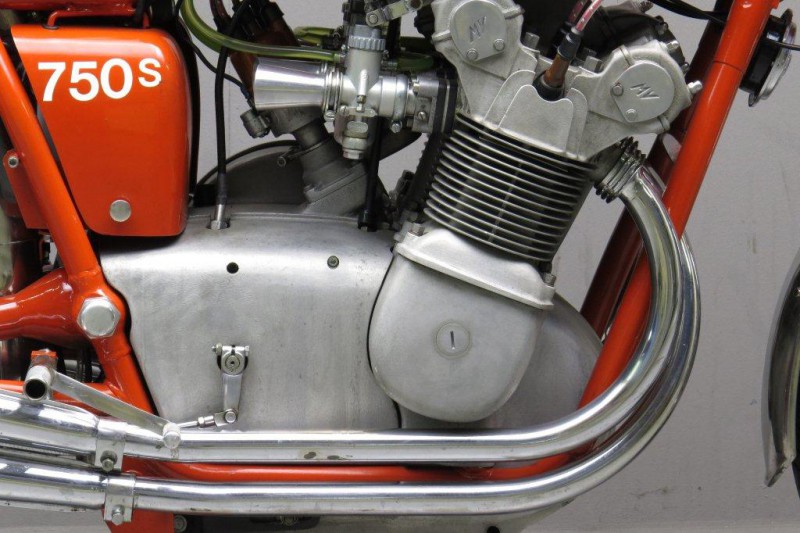 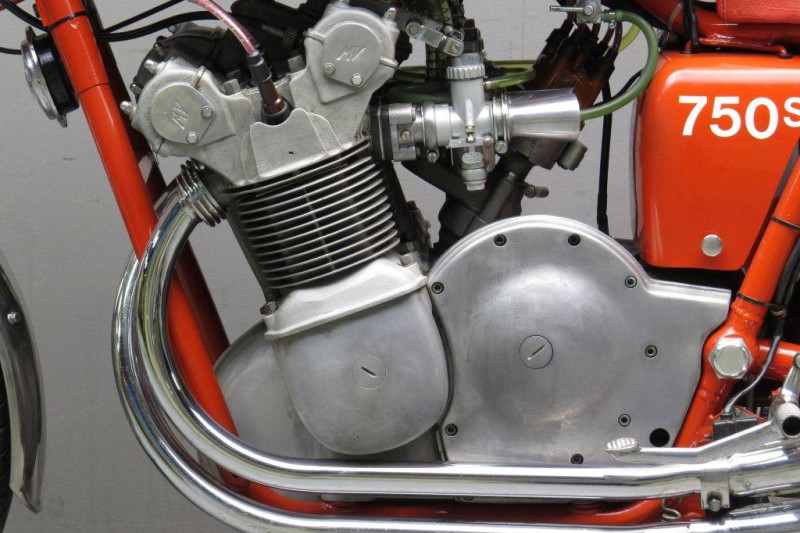 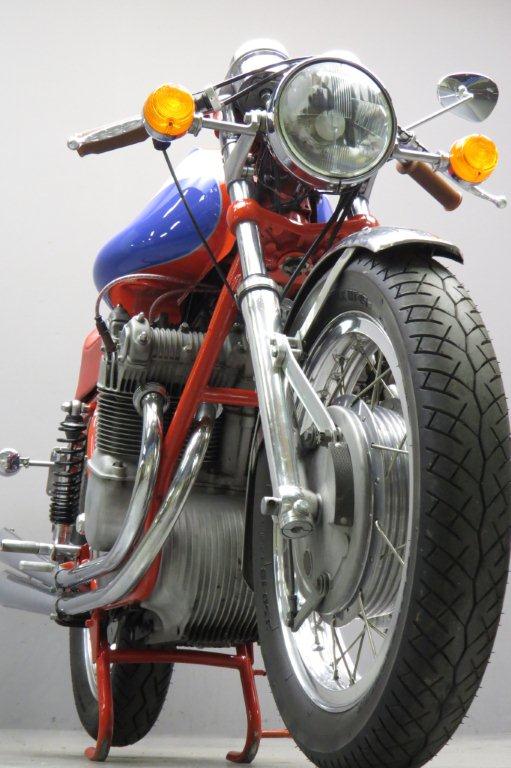 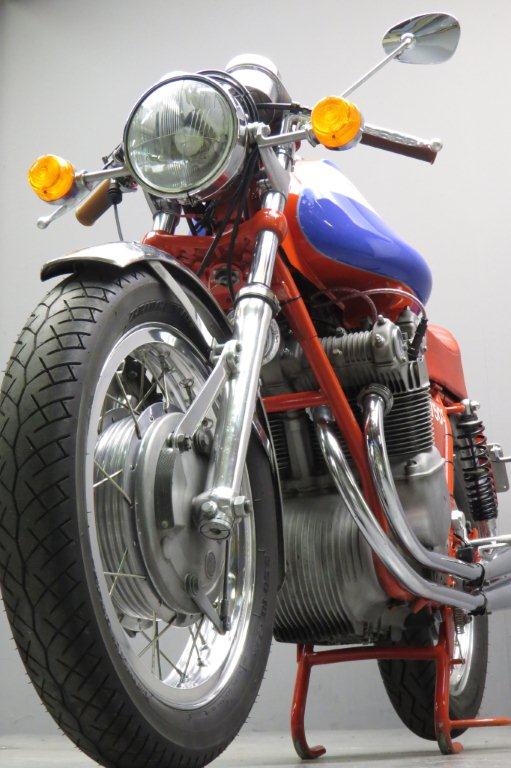 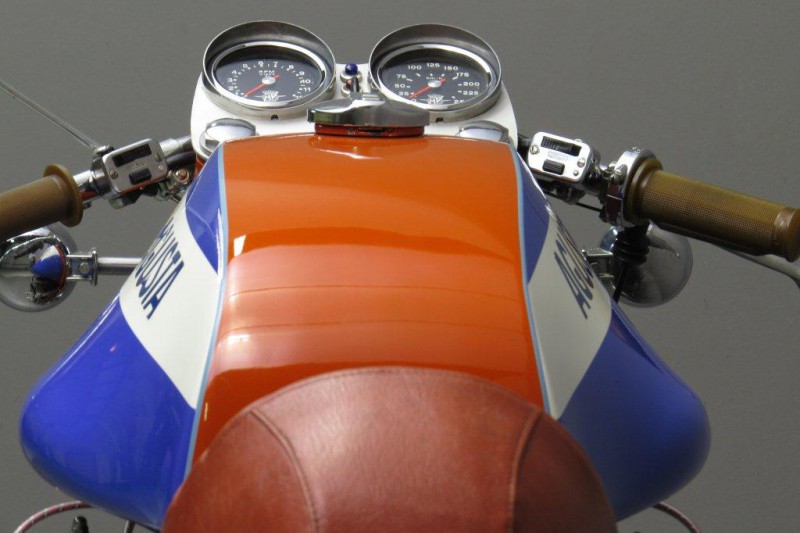 There is a motorcycle that consistently rises above the quarrelsome din, with even the most opinionated collectors agreeing it has earned a place on the mantle of motorcycling: the MV Agusta 750S.
MV Agusta introduced the 750S in 1969. Enter the audacious MV Agusta 750S, a pleasant resignation from practicality and a deliberate detour into indulgence.
The menacing big bore MV was a direct descendent from the machines the factory had been racing, effectively providing passionate motorcycle enthusiasts with the opportunity to own machines they’d seen the likes of John Surtees, Phil Read, Mike Hailwood, and Giacomo Agostini circulate roadracing circuits aboard.
The 750S was at the vanguard of an era of sporting, performance-oriented motorcycles that took two-wheel sex appeal and rebelliousness to new heights.
A daunting display of muscle and beauty, the MV Agusta 750S had four cylinders that drew air through four individual carburetors, each fitted with a polished, wide-mouthed velocity stack.
The most pronounced statement however, was in the four individual chrome header pipes that swept back along the length of the machine-two on either side-ending in megaphones .
The engine produced 69 horsepower, fed to the rear wheel through a 5-speed transmission and shaft drive that helped the machine reach a top speed in the neighborhood of 130 mph.
A massive 4-cam front drum brake, as well as the drop, café-racer-style clip-on handlebars and race-inspired rearsets (which bent the rider into a semi-tuck) were a direct carry-over from MV Agusta’s racing endeavors.
MV Agusta’s intent was unmistakable.
The company was aiming squarely at appealing to serious-minded, discerning enthusiasts willing to pay a premium for its proven racing pedigree.
The MV 750S was the antithesis to polite two-wheeled transportation, serving to reawaken the magic and daring inherent with motorcycles. The eventual demise, and subsequent resurrection, of MV Agusta has only crystallized the value-monetarily, historically, and emotionally-of surviving 750S machines, securing their status as one of the most sought after motorcycles among collectors.
This MV Agusta 750S is a fine and well running bike.