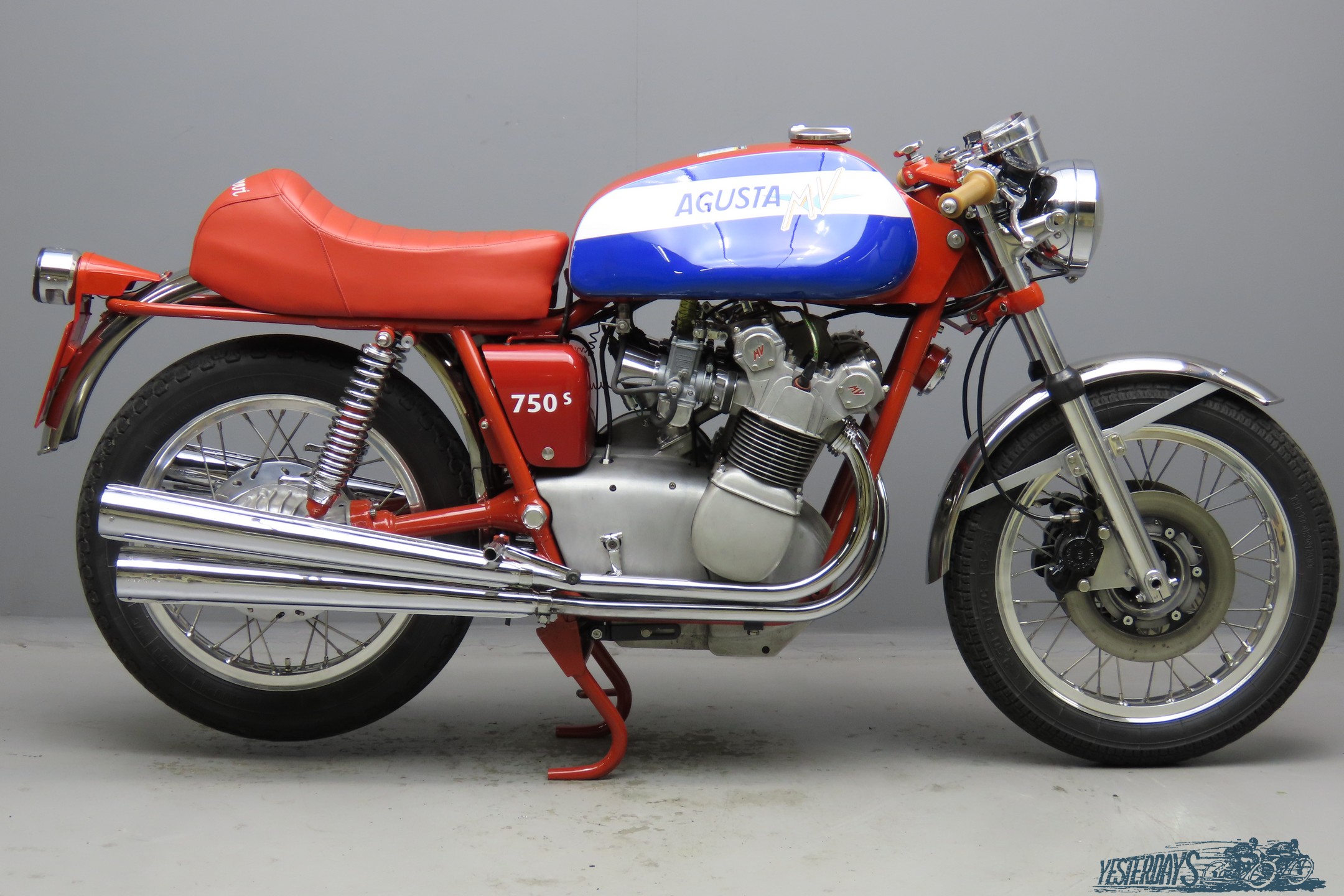 MV Agusta was founded by Count Domenico Agusta on 19th January, 1945 as one of the branches of the Agusta aircraft company in Cascina Costa near Milan, Italy.
The company was not allowed to build aircraft after the war and motorcycles were much in demand.
The abbreviation MV stands for Meccanica (mechanics) Verghera, the hamlet where the first MVs were made.
In 1952, the Agusta factory started building helicopters under licence to American manufacturer Bell.
Aviation once again became fundamental to the Count’s business.
Although the company continued to sell small numbers of exotic road bikes, from this moment on racing was a hobby for Count Domenico.
Helicopters made him a fortune, which he spent on racing.
Aviation technology also served him well on the racetrack.
His Grand Prix bikes were constructed using the same high-tech casting, forging and machining techniques used in the manufacture of his helicopters.
After the 1957 season, the Italian motorcycle manufacturers Gilera, Moto Guzzi and Mondial jointly agreed to withdraw from Grand Prix competition due to escalating costs and diminishing sales. Count Agusta originally agreed to withdraw, but then had second thoughts.
MV Agusta went on to dominate Grand Prix racing, winning 17 consecutive 500-cc world championships.
Count Agusta’s competitive nature drove him to hire some of the best riders of the time, including Carlo Ubbiali, John Surtees, Mike Hailwood, Giacomo Agostini, Phil Read, and the best engineers, in particular Arturo Magni.
The three- and four-cylinder race bikes were known for their excellent road handling.
The fire-engine red racing machines became a hallmark of Grand Prix racing in the 1960s and early 1970s.
In all, the company would win 37 World Championships.
During the 1950s and the 1960s, MV Agusta produced small displacement bikes but as sales were starting to go down, the company decided to concentrate more on more powerful machines.
The MV Agusta 600 debuted at the Milan Trade Fair in 1965. It featured final shaft drive and weighed 221 kg.
It became the world’s first production motorcycle with a transverse 4-cylinder engine.
But the public demanded something more exciting from many-times World Champions MV, and the company duly obliged: at the Milan show in November 1969 the new 750S was presented.
The capacity was upped to 743cc and the 65×56 bore x stroke engine now delivered 69hp @ 7900rpm.
Four 24mm Dell’Orto carburettors were fitted and a Grimeca 8-inch four leading shoe acted as front stopper.
The front brake was changed to hydraulic dual-discs in 1974.
The new 750S got a striking appearance with its red, white and blue colour scheme and its distinct petrol tank shape.
Perhaps surprisingly for a sports model, it retained the shaft final drive of the 600 while the frame too was virtually identical to that of its predecessor.
Hand made in limited numbers and priced accordingly, the 750S was way beyond the financial reach of the average enthusiast.
Marque specialist Mick Walker got to try a mint, low mileage example in 1983, recording the event in his book ‘MV Agusta Fours’: ‘The experience was unique; the rider was transported to a different level, and made to feel really special.
There was certainly a pronounced “feel-good factor”.’
The 750S was replaced by the 750S America in 1976.
Bike Magazine rated the 750S as ‘one of the most dramatic-looking bikes made, the real stuff of legend.’
The 750S we present here comes with non-fitted original fairing.
The machine has been restored to a high standard.