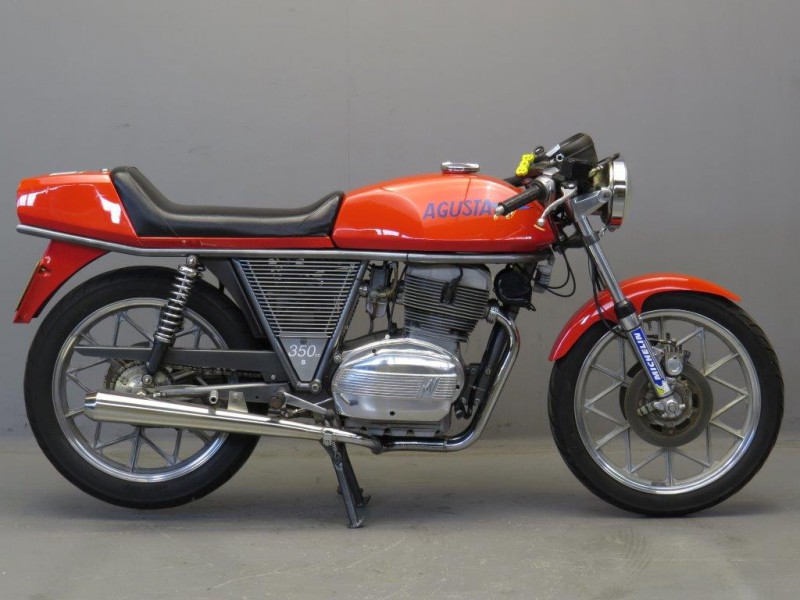 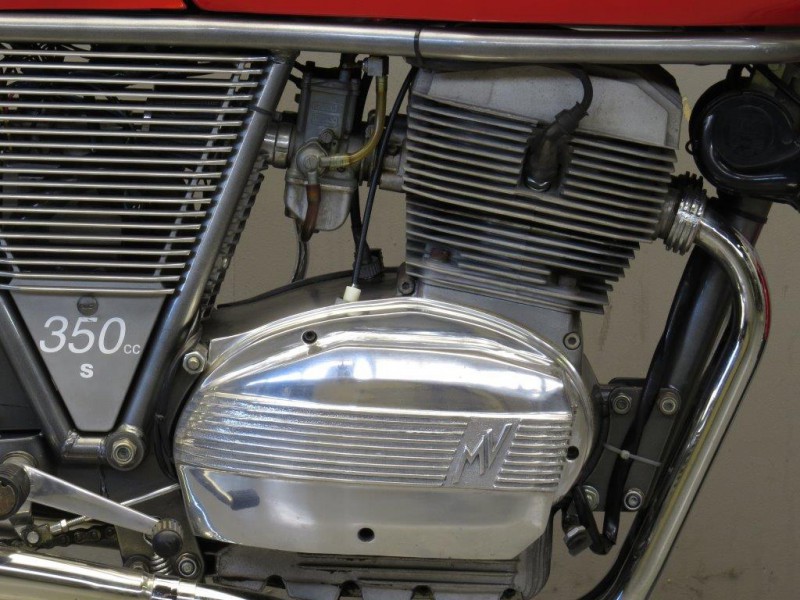 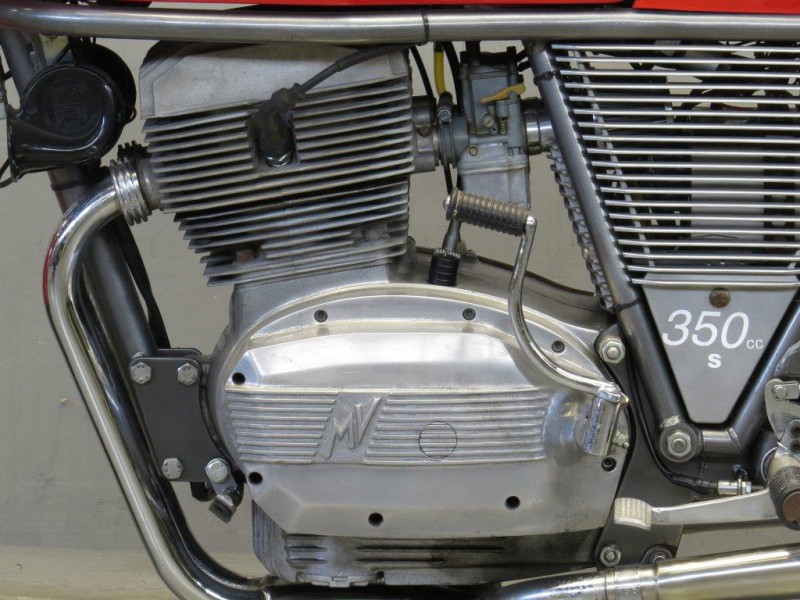 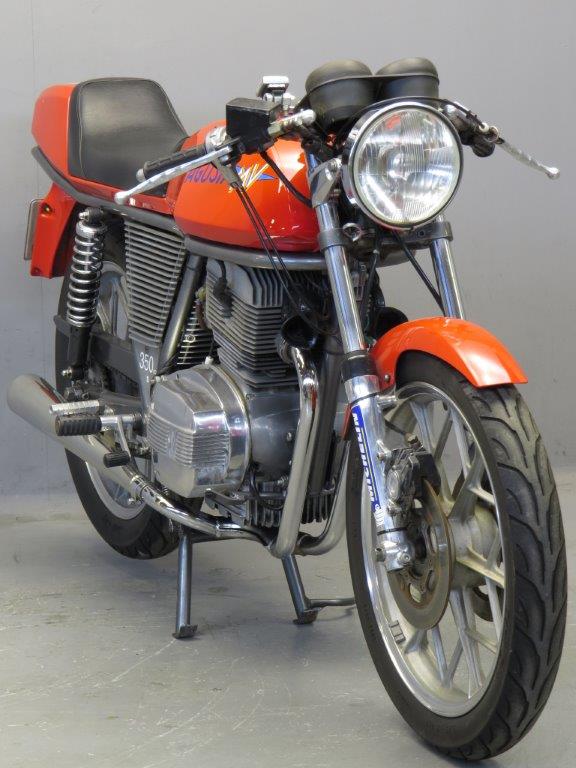 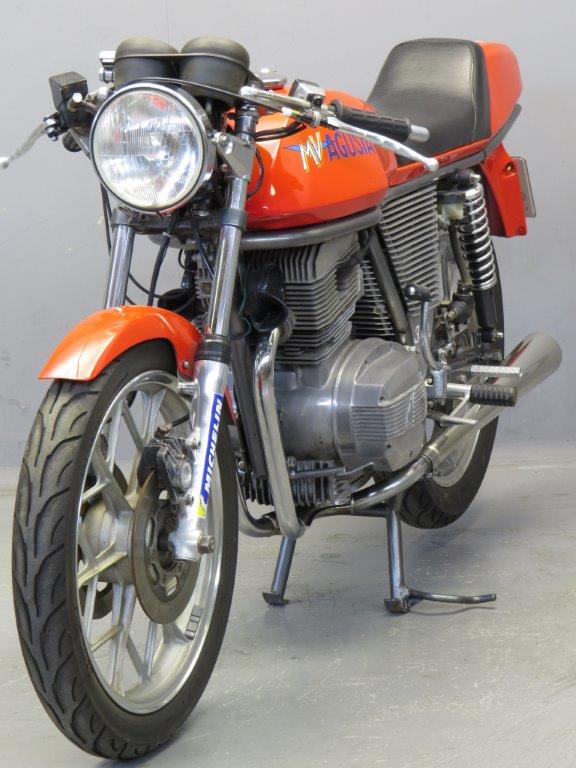 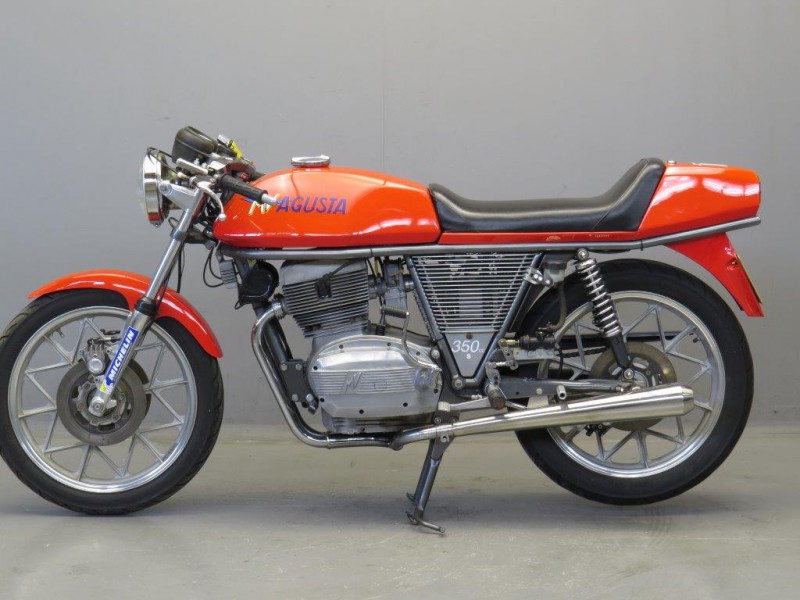 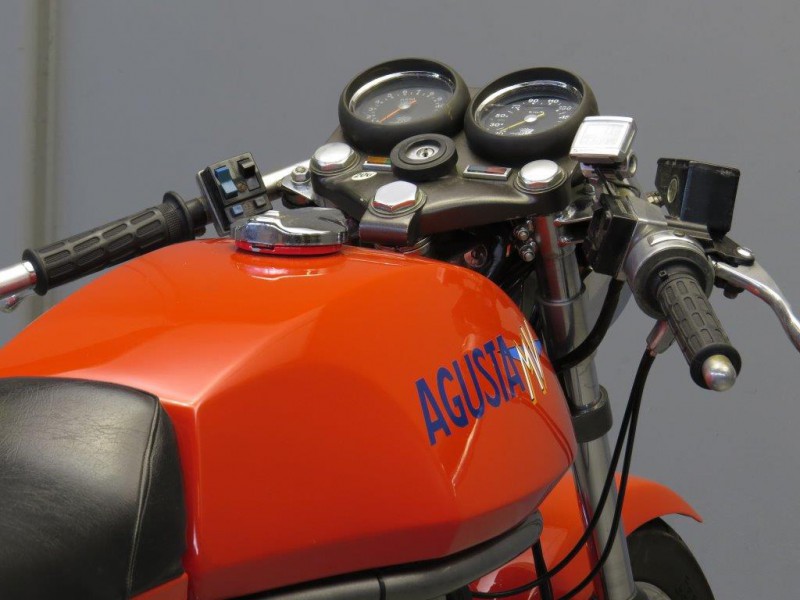 MV Agusta 350 S
MV's first production 350 roadster was introduced at the Milan Show in 1971.
At the time the press at the Milan Motorcycle show were amazed by the prominent horizontal lines and sharp edges of the MV Agusta 350.
The Sport was characterized by straight lines on the engine and bodywork, with a side panel that mimicked the cooling fins of the cylinder.
The open duplex frame housed a compact, twin-cylinder, overhead-valve unit with push rods and rocker arms and featuring an oil sump, twin Dell'Orto carburettors, geared primary drive and a five-speed gearbox.
A triple disc braking system is an unusual feature for a machine in the 350 class.
By 1975 the engine was  restyled and received the'square cases'.
The basic engine architecture remained unchanged but power went up to a claimed 34bhp at 8,500 revs with a commensurate increase in performance.
This MV Agusta 350S is in a beautiful restored condition and comes with the optional, georgeous looking, factory fairing.