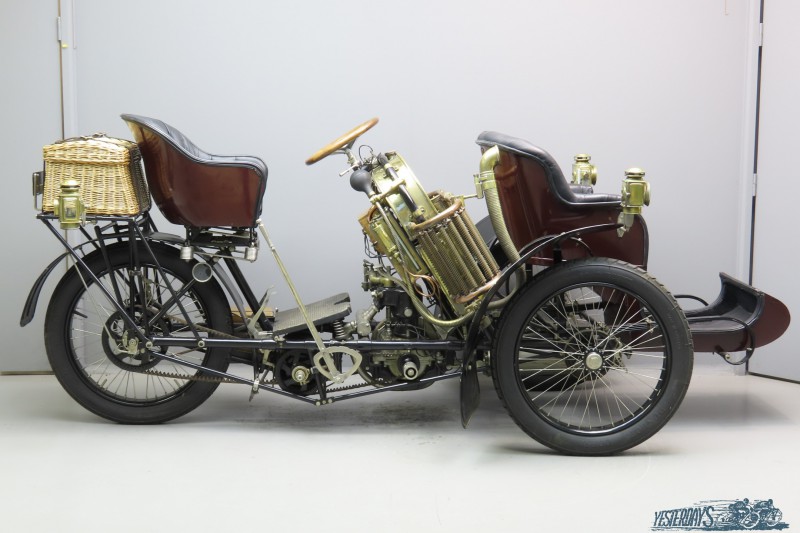 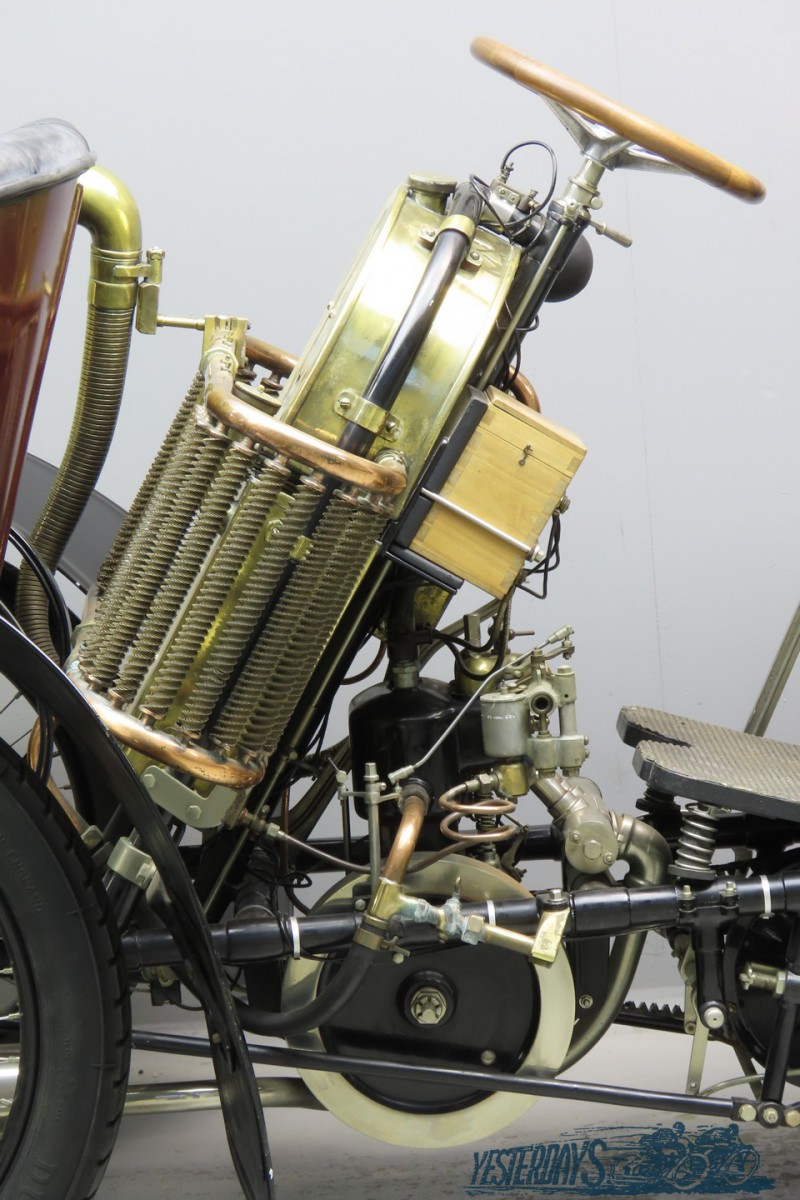 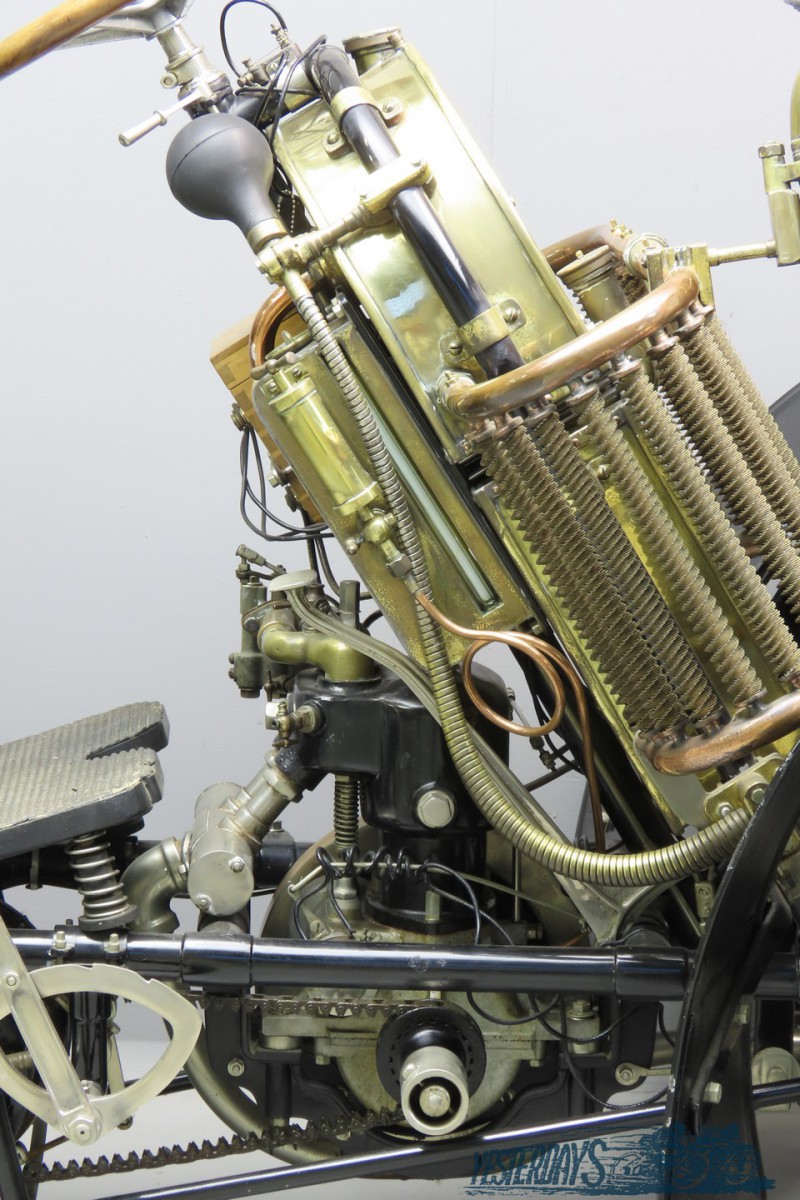 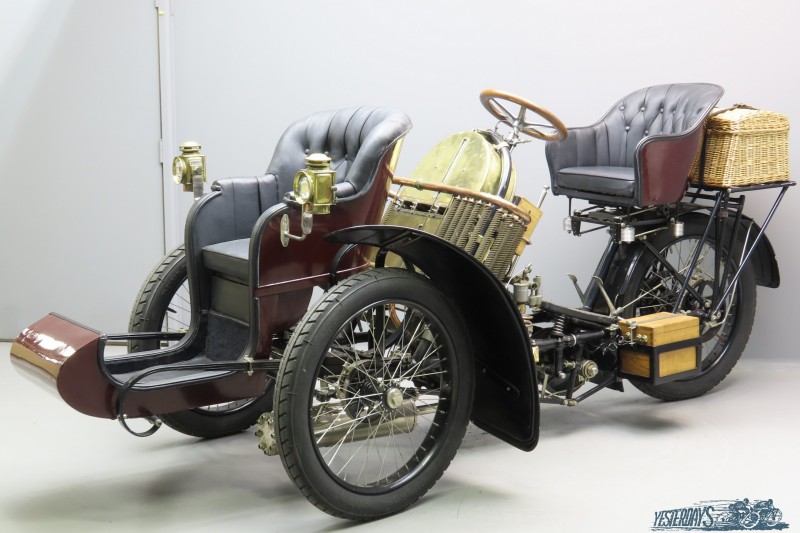 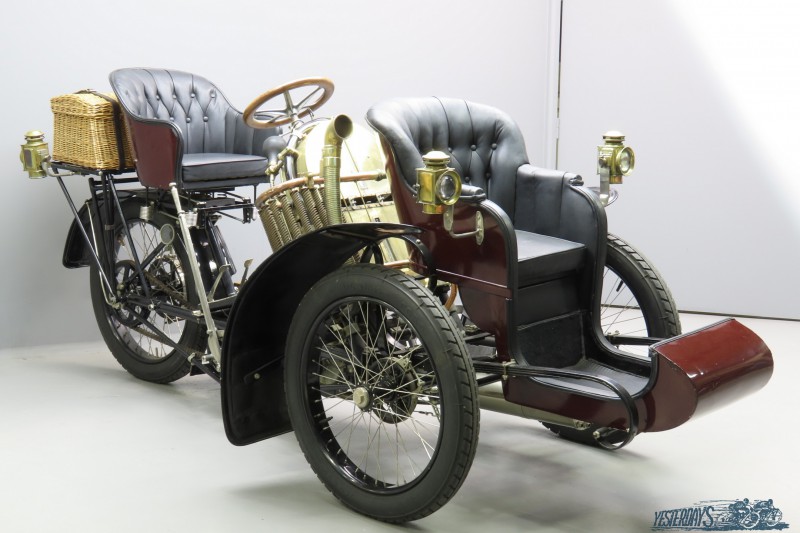 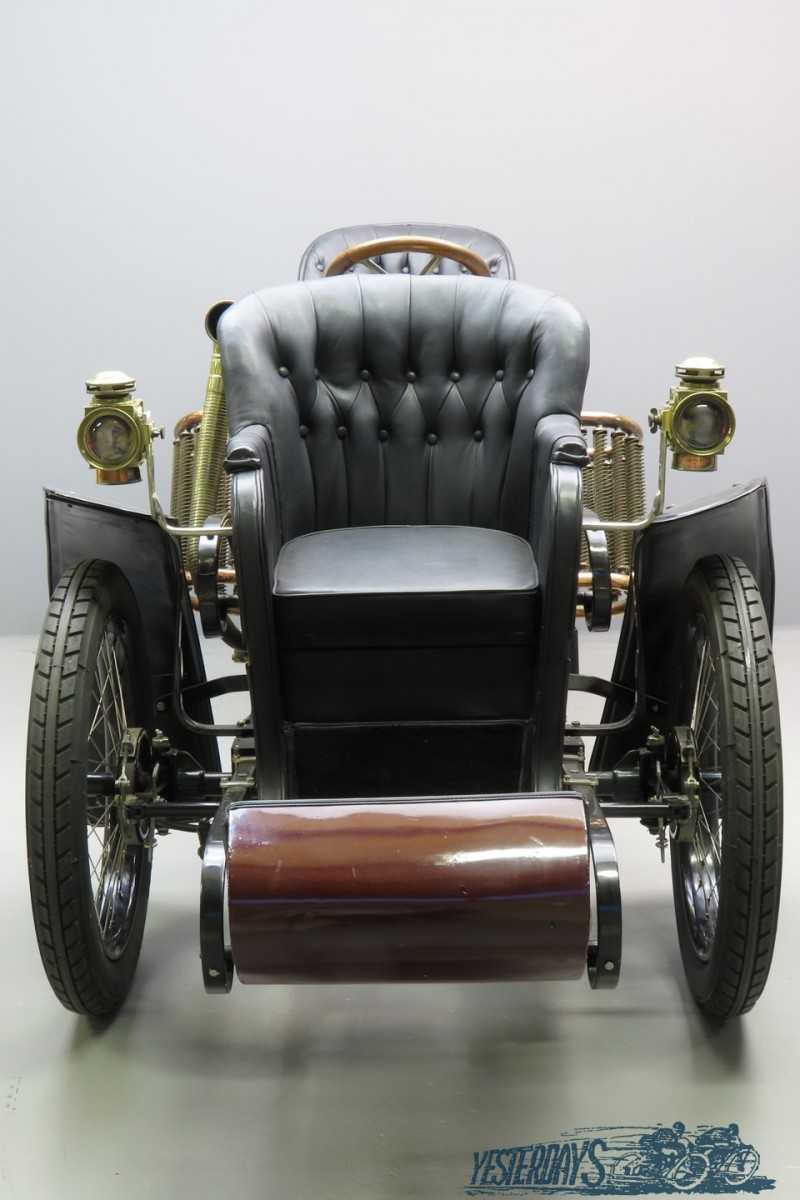 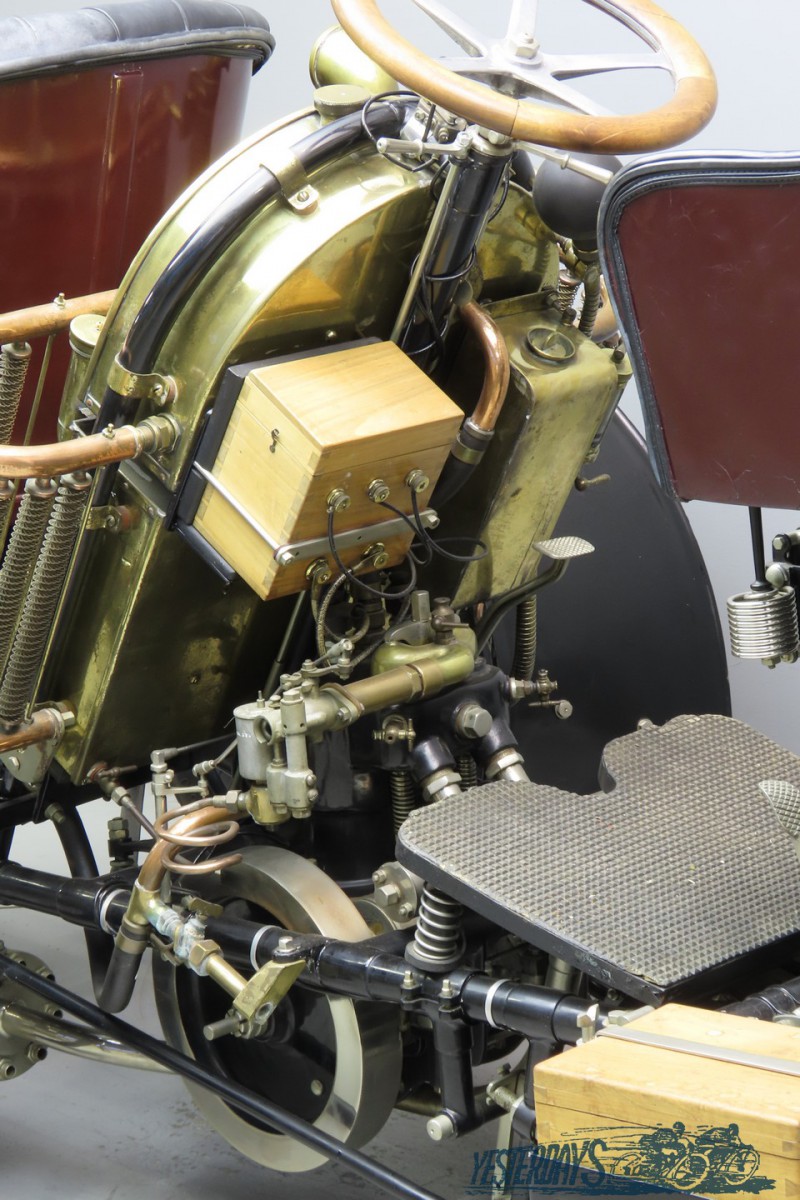 The National Tricar was introduced in “The Motor Cycle” of September, 5 and “The Motor” of September, 6 1904. |
A Quote from the latter magazine: “The accompanying illustration depicts a new up-to-date model of a tri-car for 1905, which has been named the “National” and has been designed and manufactured by the National Motor Co. of Bury New Road, Manchester.
The machine is equally suitable for two gentlemen, two ladies, or a lady and a gentleman, and it is also intended for small tradesmen; while it can also be used as a tricycle.
It has not been designed with a view to selling at a low figure, but has been constructed in every detail in first-class style.
The following is a full specification: 4 h.p. M.M.C. engine with M.O. inlet valve, water cooled, with specially large radiators, two speeds and free engine, no sliding gears, direct drive on top speed, dustproof oil retaining bearings throughout, Hans Renold’s Silent Chains, large motorcar tyres, wheel steering, comfortable bucket seat for driver, art cane or coach-built body in front as preferred, latest Longuemare air-governed carburetter, petrol, water and oil tanks of large capacity, all fitted with glass level gauges; extreme silence in running, but fitted with free exhaust at will. The front seat is easily detached for use as a single machine, or as a tradesman’s carrier. The width overall is 3ft 7in. This tri-car has been subjected to severe tests for some months, and the company are now laying down plant to turn out these tri-cars in large quantities.
Every part has been specially designed, and no pains have been spared to turn out a reliable vehicle.
The machine will be retailed at £120.”
In existence for barely two years – 1904 to circa 1905 – the National Motor Company of Manchester has to be one of Britain’s most obscure motor manufacturers; indeed, its entry in The Beaulieu Encyclopaedia of the Automobile runs to only 70 words.
According to the Encyclopaedia, the National Tricar was designed by two members of the Manchester Motor Club and was powered by a single-cylinder water-cooled engine supplied by MMC.
The machine we present is probably a further developed model because it has a parallel twin engine that is fitted with automatic inlet valves.
How many of these National tricars were built and how many survive is not known, though it must be very few in either case.
This ultra-rare survivor is a truly wonderful example of Edwardian-era automotive engineering.
She is a nicely patinated older restoration, boasting beautiful brass and copper details wherever one looks. Noteworthy features include a ‘serpent’ bulb horn; Zenith carburettor; ‘Rotherham Coventry’ fuel tank cap and Imperial Carriage lighting.
There are contracting band brakes on all three wheels and the leather upholstery is in excellent condition.