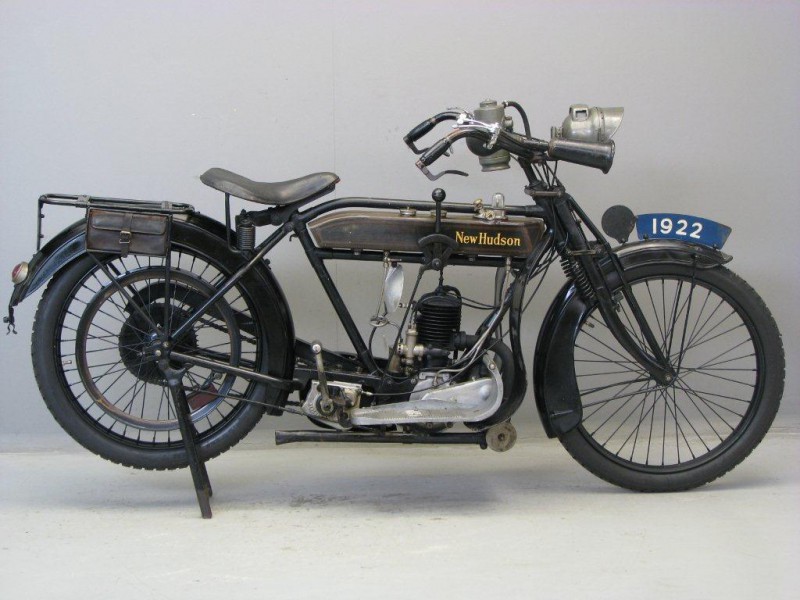 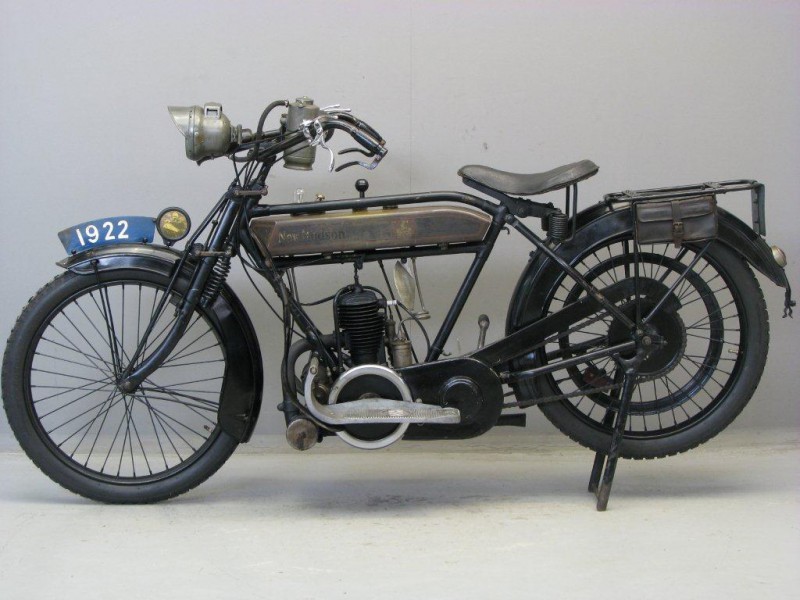 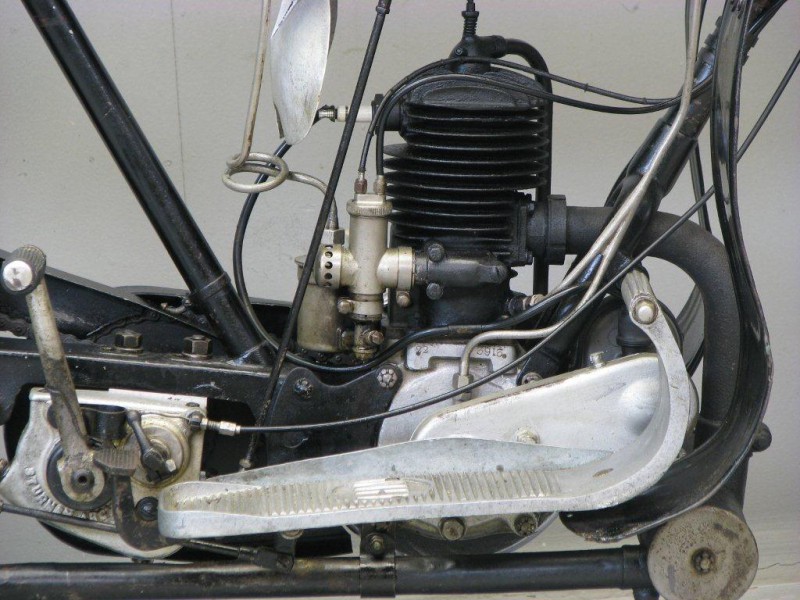 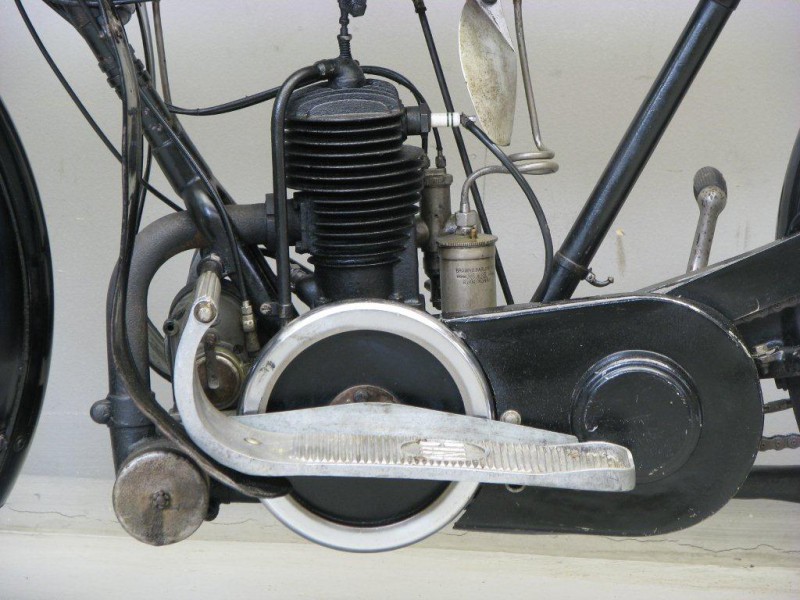 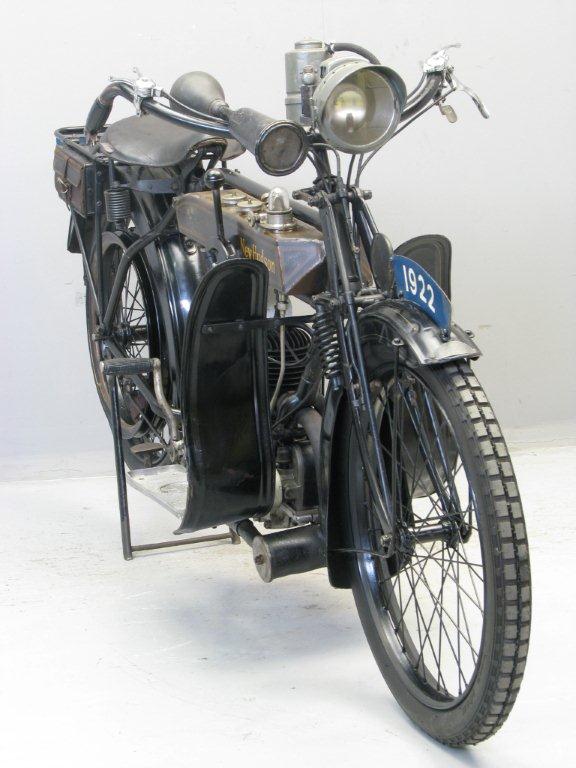 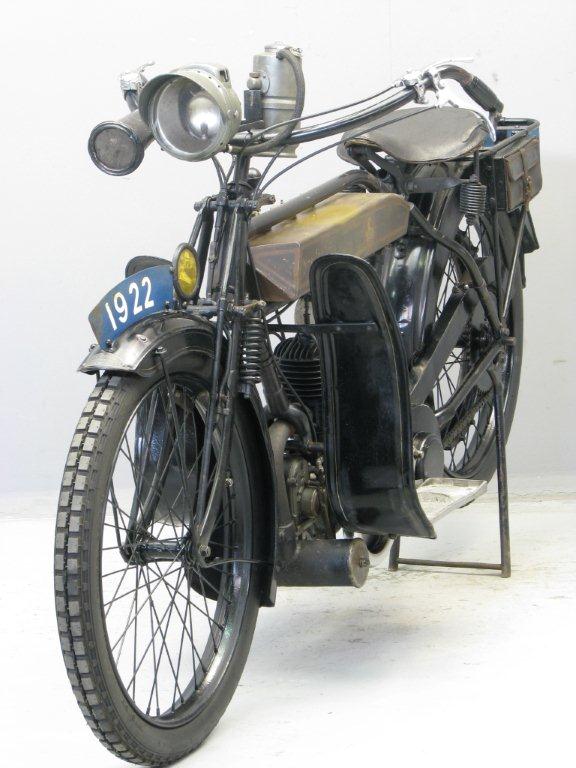 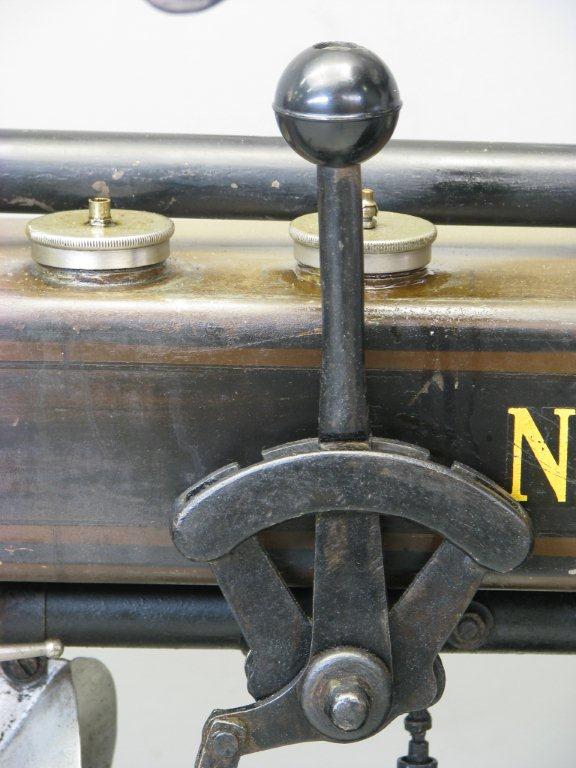 New Hudsons were produced in Birmingham between 1909 and 1933.
After the war production of light motorcycles with Villiers engines was taken up again, but by then the New Hudson name was owned by the BSA company.
During the early vintage years light two strokes were popular machines.
“Motorcycling” describes in its Olympia show report the 1921 model as follows: “Notable on account of their fine finish and general excellence of design the New Hudson two-stroke motorcycles exhibited on this stand are sure to attract attention.
The little 62 mm by 70 mm engine is well known as a giant in performance, and the ratios of the two speed gearbox , 5 and 9 to 1, give a satisfactory road speed with tremendous hill-climbing powers.(…) The riding position is very comfortable, and the saddle is but 25 ins. from the ground, to which desirable end the low built frame and 24 inch  wheels are contributory factors.
The tank is tastefully finished in brown and has a capacity for 1 ¾ gallons of petrol and 3 pints of oil; as the petrol consumption is in the neighbourhood of 100 m.p.g., it will be realized that a full day’s  riding can be accomplished on one tankful of spirit.”
For 1922 there was a choice between a   clutchless chain-cum-belt model  with New Hudson’s own  2 speed gearbox and a model with 2- speed Sturmey Archer gearbox and  all chain drive.
This little new Hudson  has never been restored, it was owned between 1922 and 1938 by a Dutch village priest and was  bought then by the garage owner  who had maintained the machine all those years.
It has been kept in the family since then.
This charming machine is very suitable for vintage runs because of its low weight and easy handling.