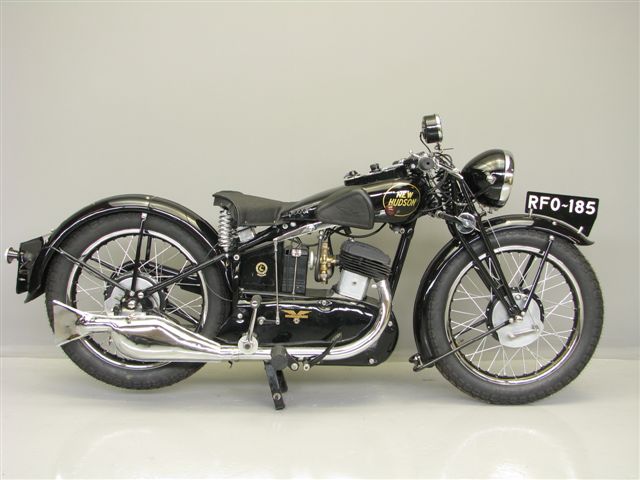 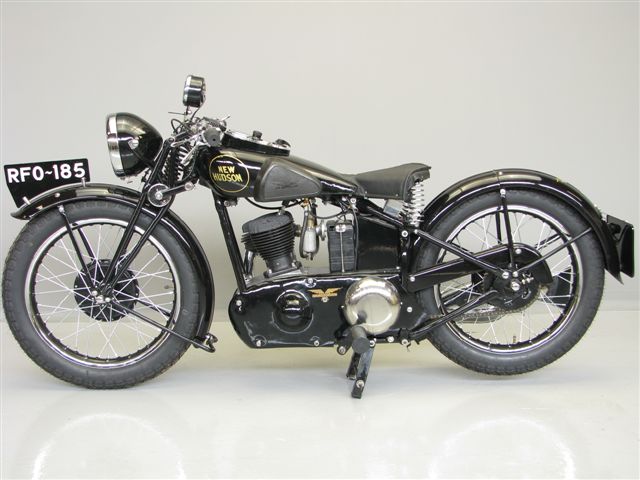 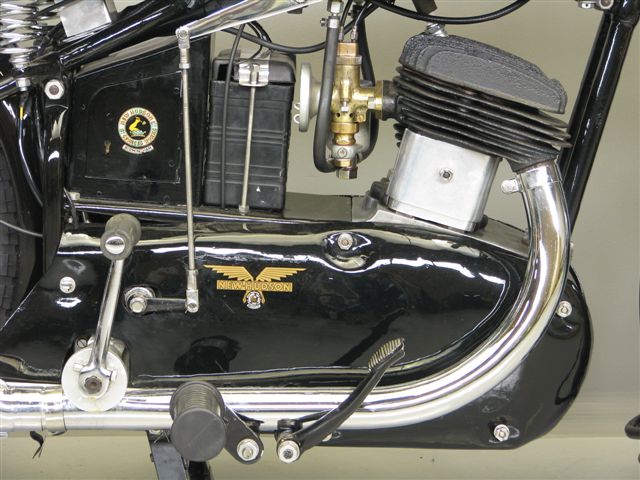 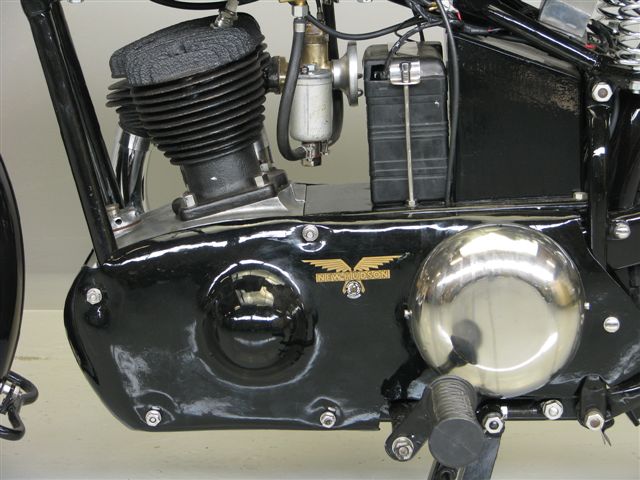 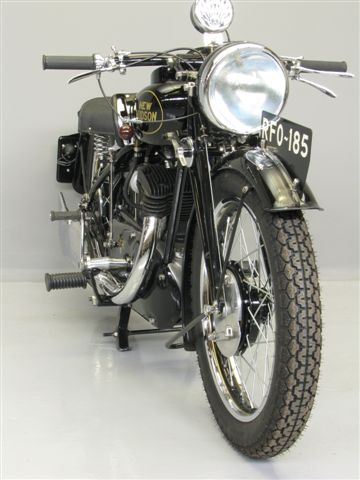 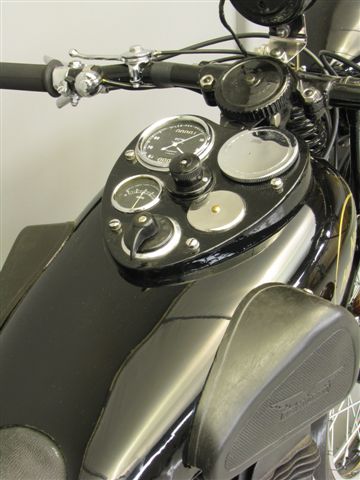 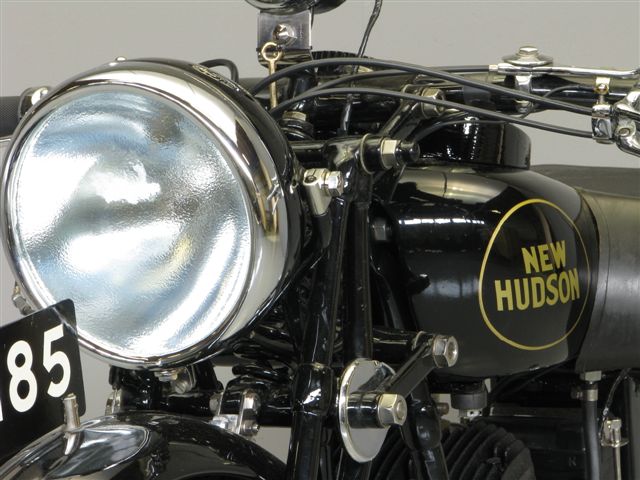 The Birmingham firm of New Hudson started out as a bicycle manufacturer. Their first powered machine of 1903 used a clip-on Minerva engine, and this was followed by the first proper motorcycle in 1910.
Competition success eluded the marque until Bert Le Vack took over racing development in 1927, becoming the first man to lap Brooklands at over 100mph on a 500 that same year. A new range of machines with inclined cylinders and partial enclosure of the crankcase and gearbox was announced for 1931.
The onset of economic depression did little to encourage sales, and in 1933 the company – by then manufacturers of Girling automotive components – ceased to build motorcycles.
There was a brief return in 1940 with the New Hudson Autocycle, which was later built by BSA.
This rare New Hudson ‘sloper’ was purchased by the former owner some five years ago and has been restored.
The work carried out has included an engine re-bore, fitting new valves, repainting the tank and cycle parts, rebuilding the wheels and relining the brakes, plus new tyres, chains and saddle.