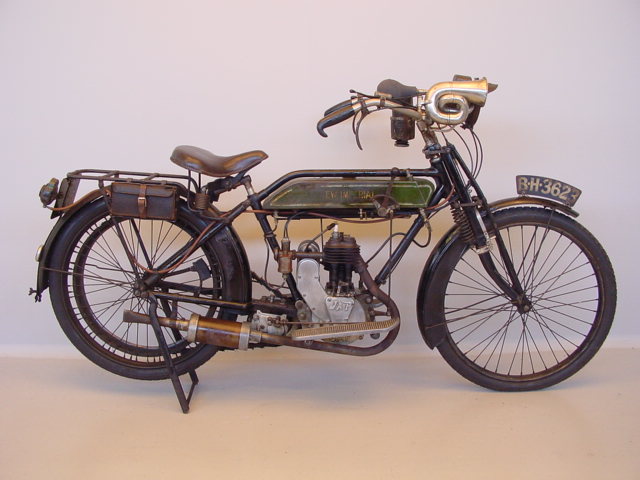 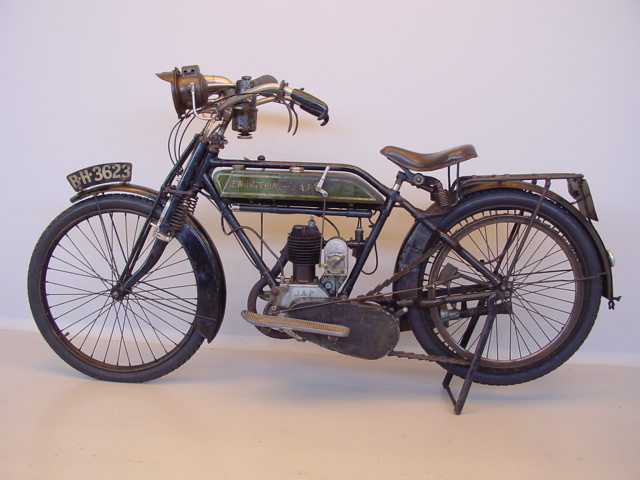 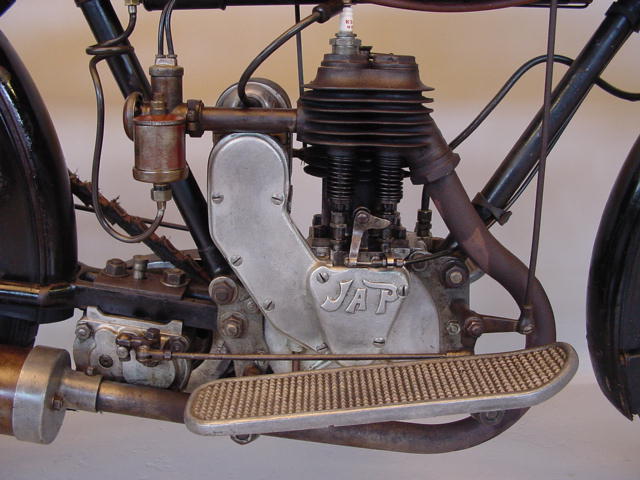 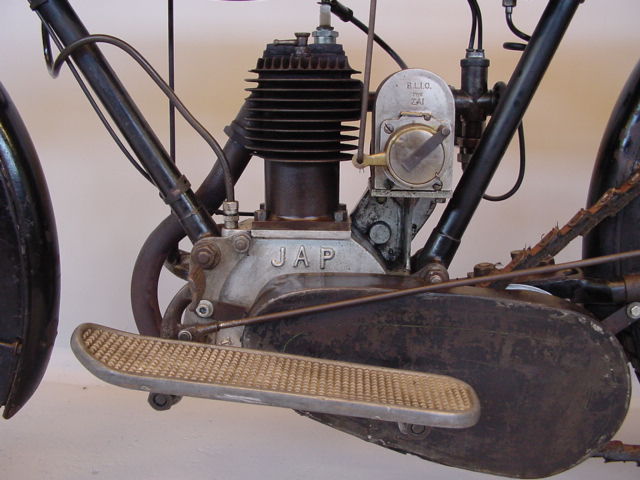 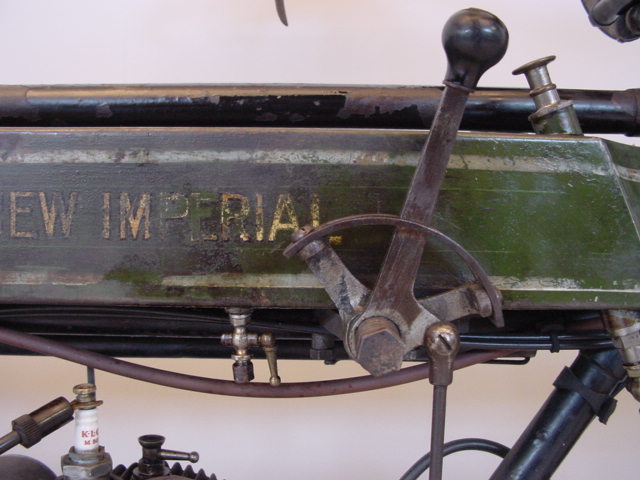 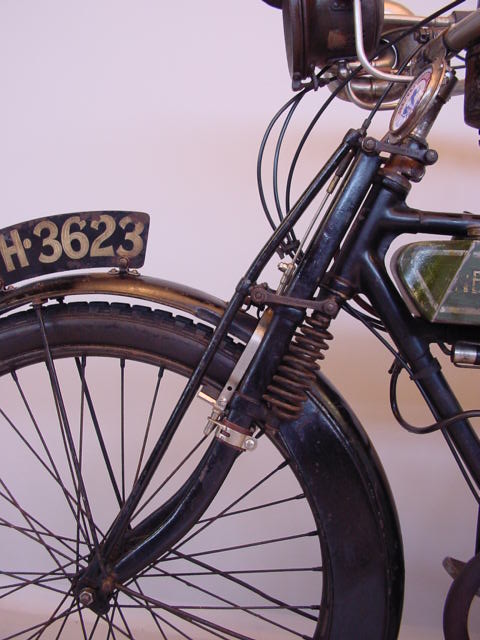 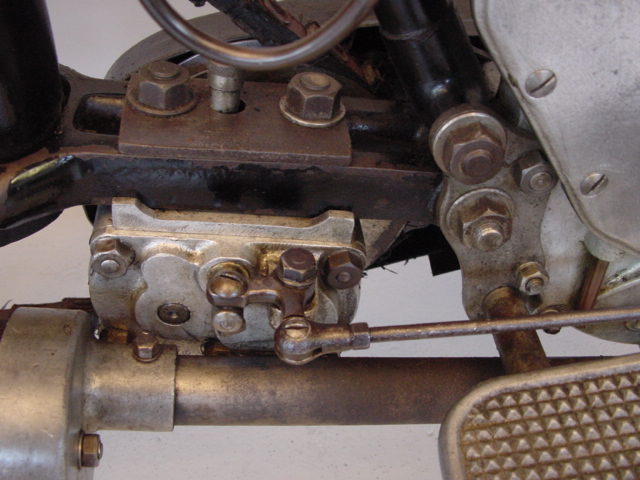 After a rather unsuccessful attempt to enter the motorcycle market under the name “ Imperial” in 1901, the  company made a serious comeback in 1910 under the name “ New Imperial” and managed to stay in business till 1939.
At first only  a few models were offered, 293 cc side valve single and  8 hp twins, all with JAP engines.
New Imps got the image of   “no nonsense”  machines, offering good  value for money. In the early twenties the company, based in Hall Green, Birmingham, became more and more active in racing and  year by year more models were marketed, to expand the market share in the years in which competition between motorcycle manufacturers was fierce.
Till 1926 JAP proprietary engines were used, after that their own engines were built in. In 1927 some 19 different models were available.
But back to the war years, when this charming, veteran looking machine was built.
Much of its attraction lies in the nice patina it has; the Imp has never been restored and still has most of the original paintwork.
This machine was offered in two types,  the  Model 1  we have on offer  with two speed New Imperial gearbox and devoid of clutch, and the more luxurious Model 2, which sported a clutch and kick starter.
The Imp has  aluminium foorboards, aluminium silencer, full acetylene lighting and bulb horn.
It is a reliable runner, having been used regularly in Dutch vintage events.