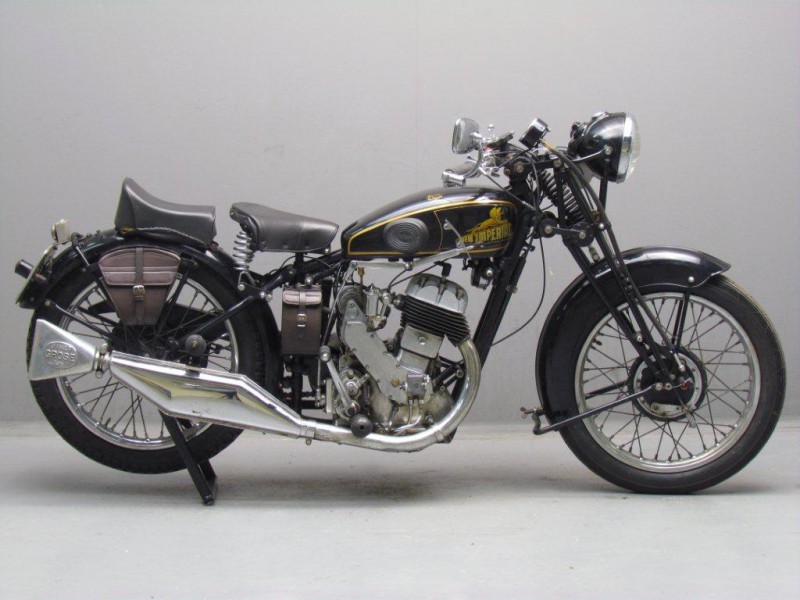 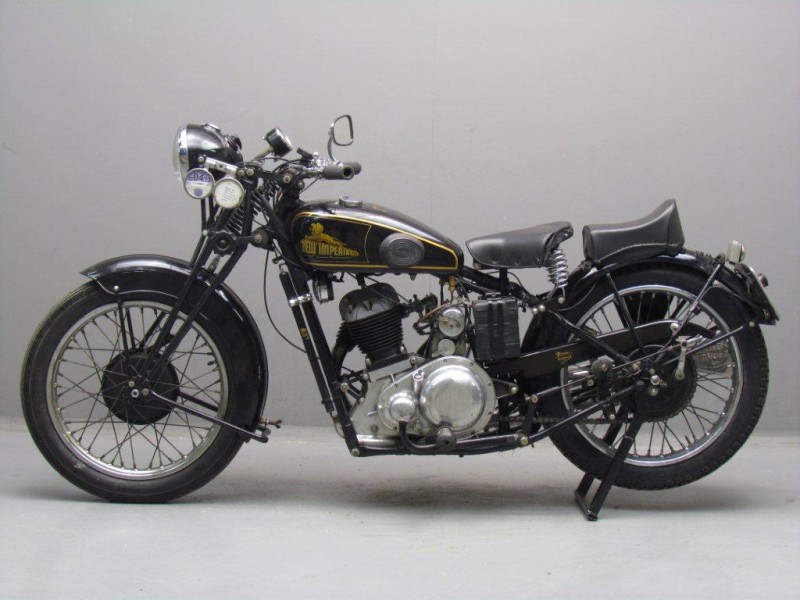 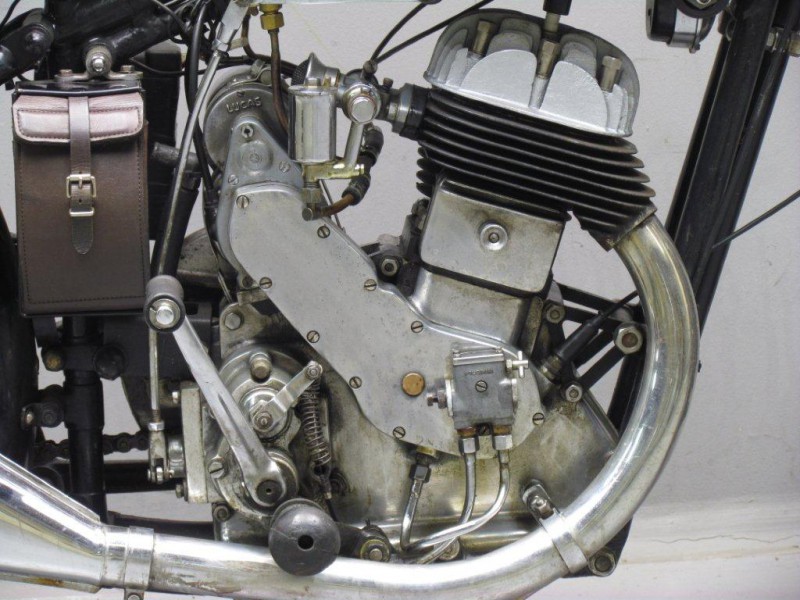 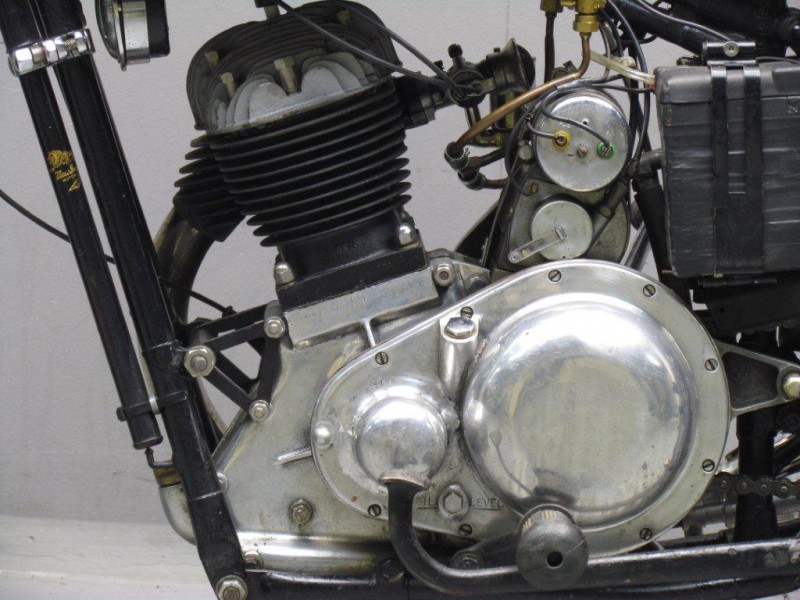 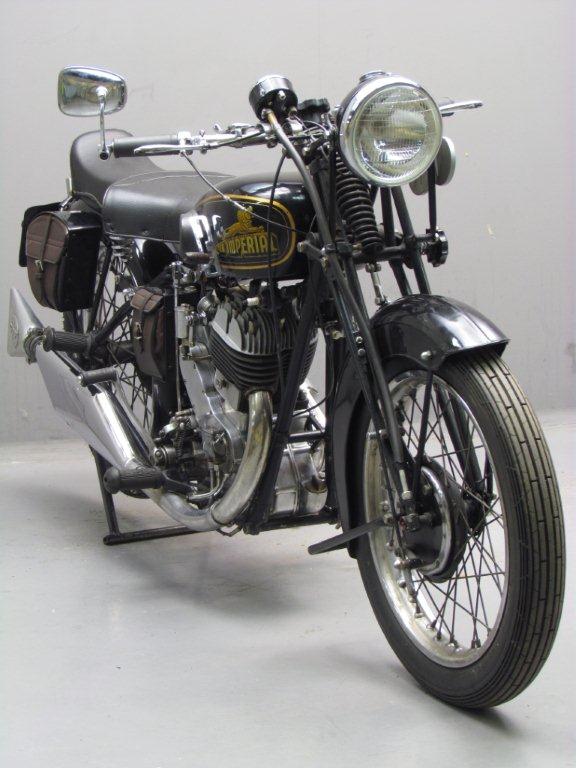 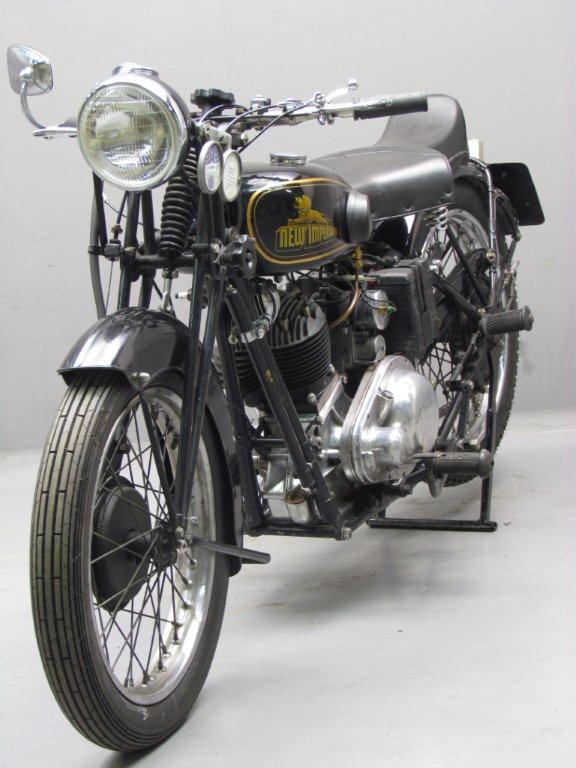 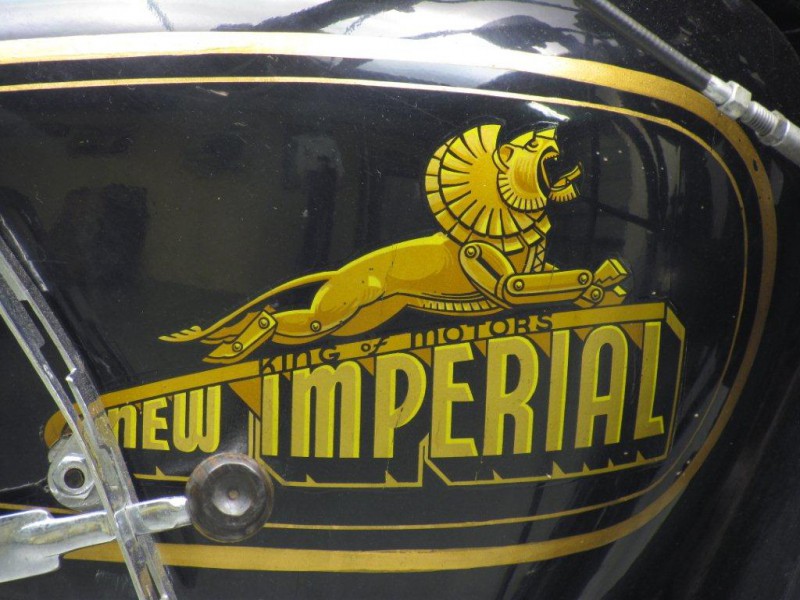 After a rather unsuccessful attempt to enter the motorcycle market under the name “ Imperial” in 1901, the  company made a serious comeback in 1910 under the name “ New Imperial” and managed to stay in business till 1939.
At first only  a few models were offered, 293 cc side valve single and  8 hp twins, all with JAP engines.
New Imps got the image of  “middle of the road”  machines, offering good  value for money.
In the early twenties the company, based in Hall Green, Birmingham, became more and more active in racing and  year by year more models were marketed, to expand the market share in the years in which competition between motorcycle manufacturers was fierce.
Till 1926 JAP proprietary engines were used, after that their own engines were built in.
In 1927 some 19 different models were available. In the early thirties the model range was shrunk, but by 1935  the catalogue showed no less than 18 models again.
Two new introductions for 1935 were the models 70 and 80, both of which were unitary construction 500cc singles with inclined cylinders, the former having overhead valves the latter being a side valve, sharing identical cycle parts.
The 80 was stretched  from 82×94 mm (496 cc) to 554cc for 1936, the final year of production.
We are advised that this rare Model 80 consists of a 1935 frame and 1936 engine, and is the sole known survivor with the larger power unit and four speed gearbox.
Another noteworthy feature  is an original James Grose Ltd silencer.
This machine  was completely restored during 2004/2005 and is  in generally very good condition.