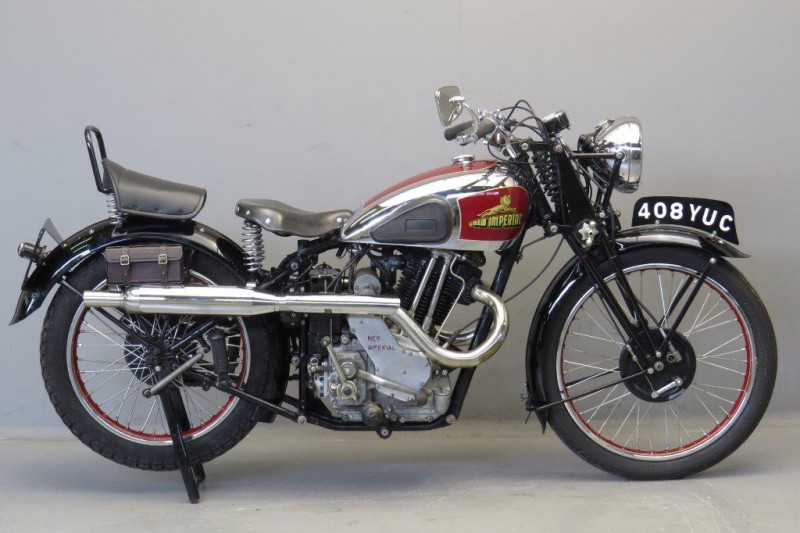 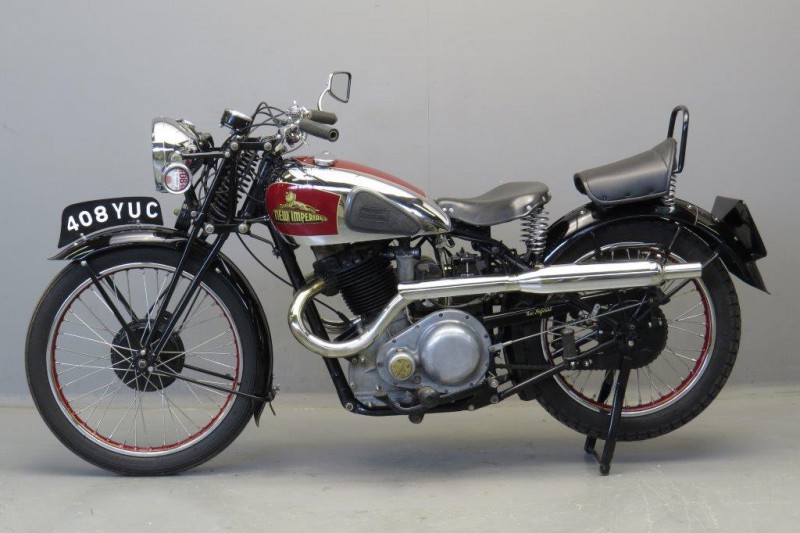 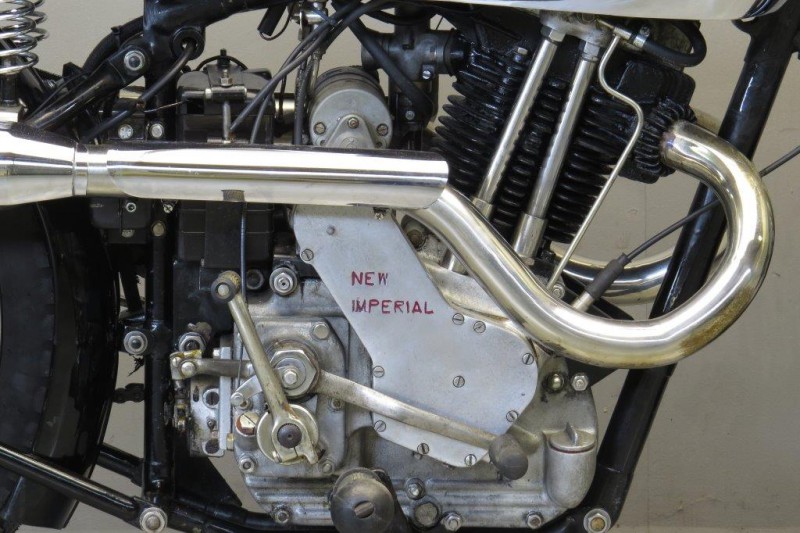 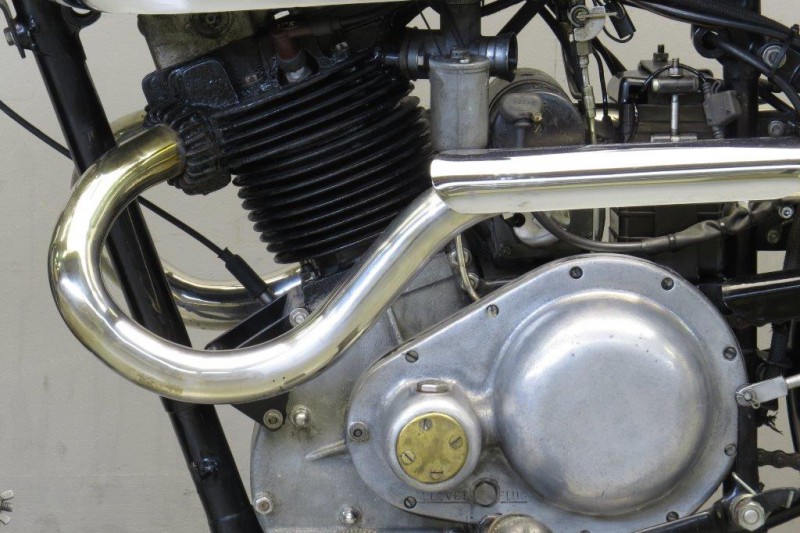 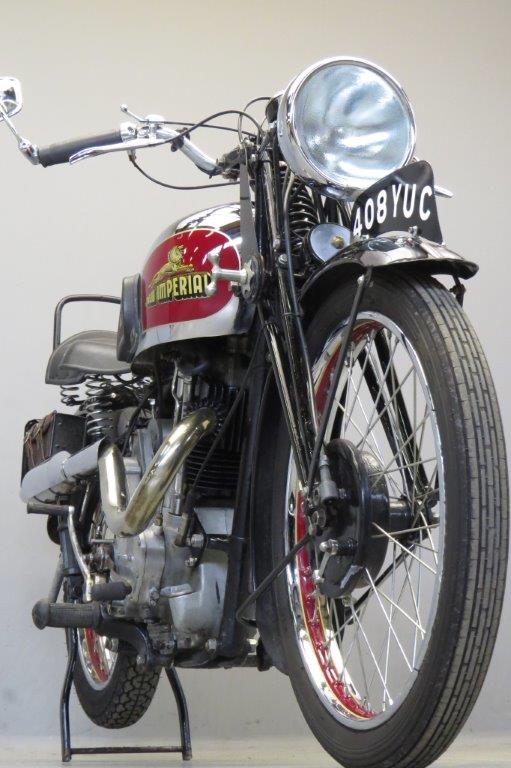 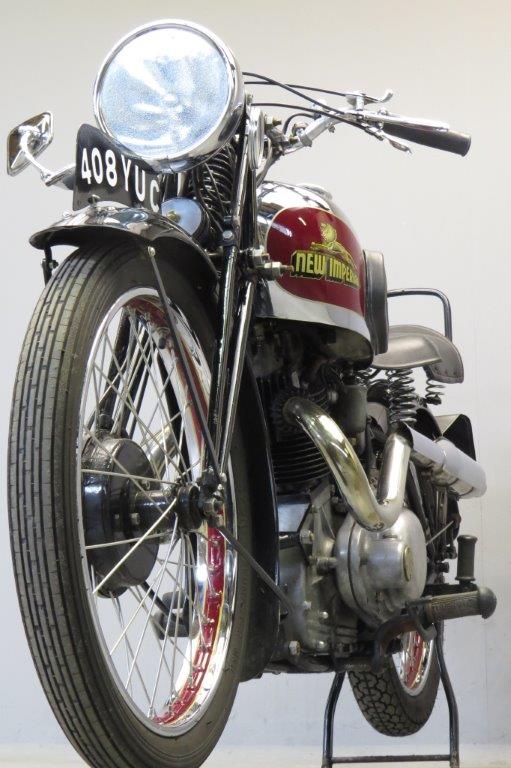 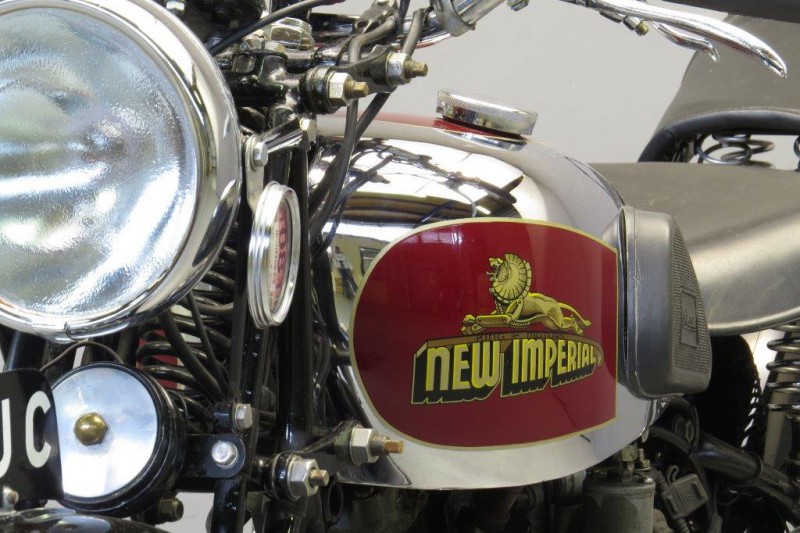 Builder of the last British-made machine to win the Lightweight 250 TT, New Imperial was unsurpassed for innovation during the 1930s, with models featuring pivoted fork rear suspension and unitary construction of engine and gearbox.
The 350cc Model 100 was one of a pair of sporting non-unit overhead-valve Clubman models (the other being the 250cc Model 90) introduced for 1936, the same year Bob Foster claimed that historic TT victory.
Engines were based on those of the previous year’s works machines, featuring vertical cylinders.
These model designations were retained for the following season when inclined cylinders made a reappearance at New Imperial, which added a 500cc model – the 110 – to its high-performance Clubman range.
This post-Vintage sports roadster was completely rebuilt in 2011.
Works carried out include straightening and overhauling the forks; straightening the frame; overhauling the electrics; reconditioning the magneto and dynamo; and rebuilding the engine with new main/big-end bearings, re-bored cylinder and new piston, valves, guides, springs, etc.
Other parts renewed include the clutch bearing, gearbox bearings, wheel rims and wheel bearings. Only some 1,500 miles have been covered since the rebuild’s completion and the machine, which was last ridden in 2013, is in generally good  condition.