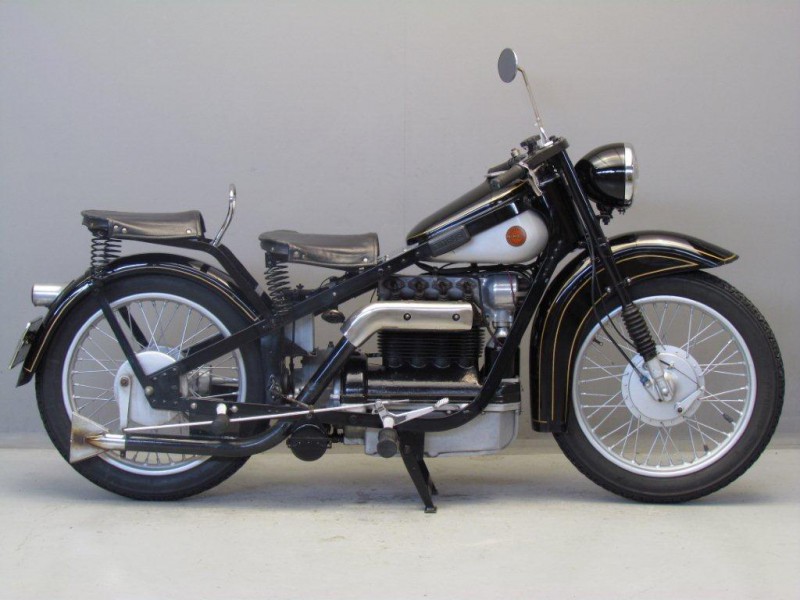 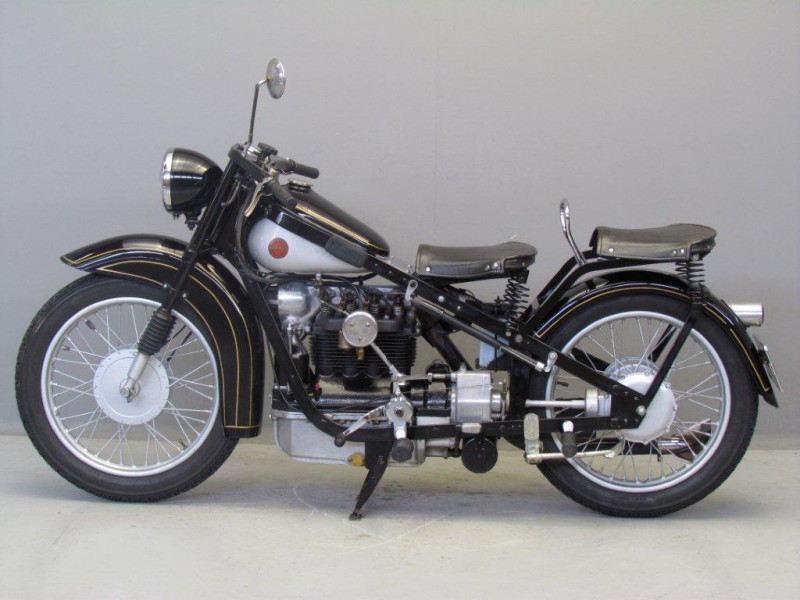 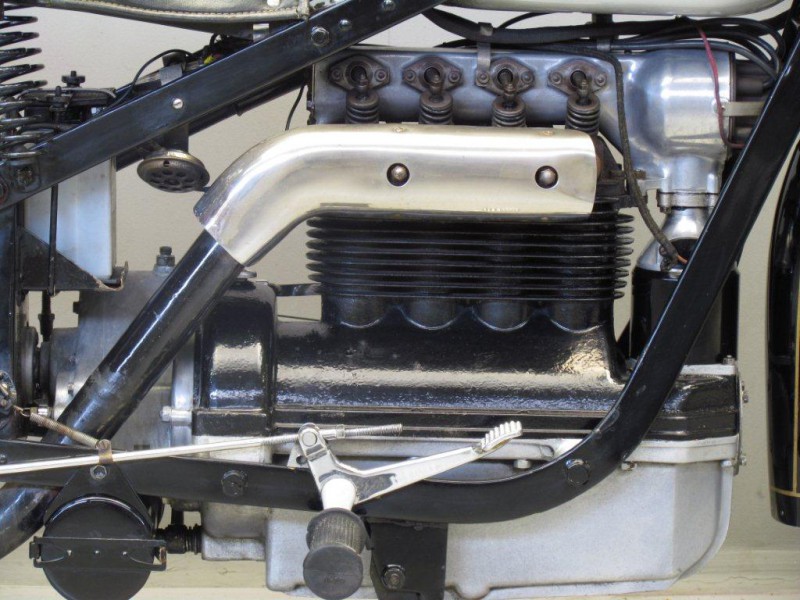 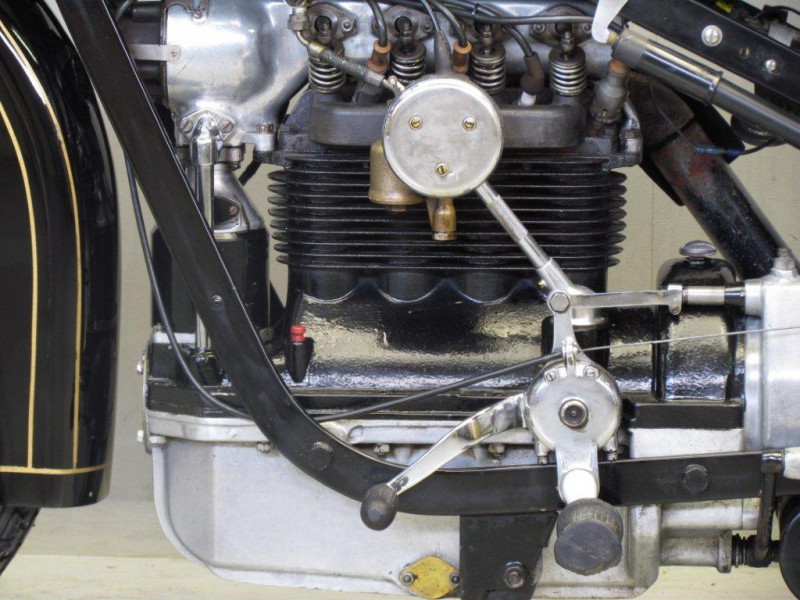 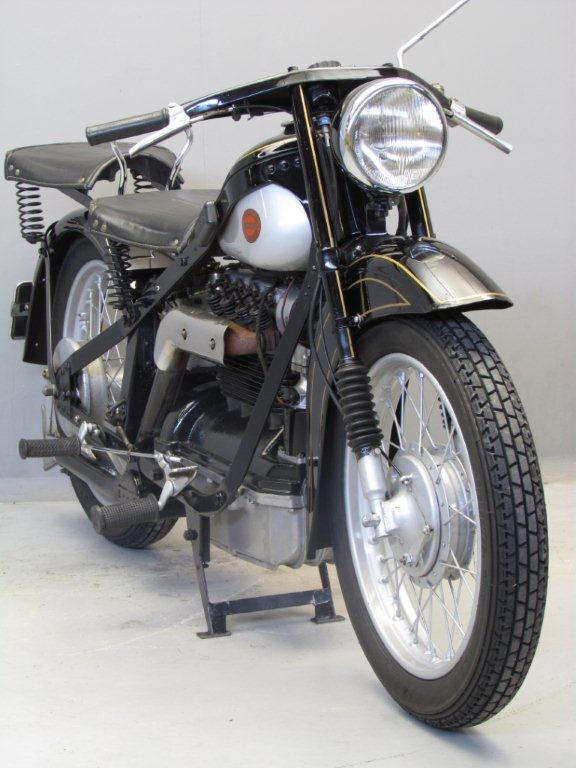 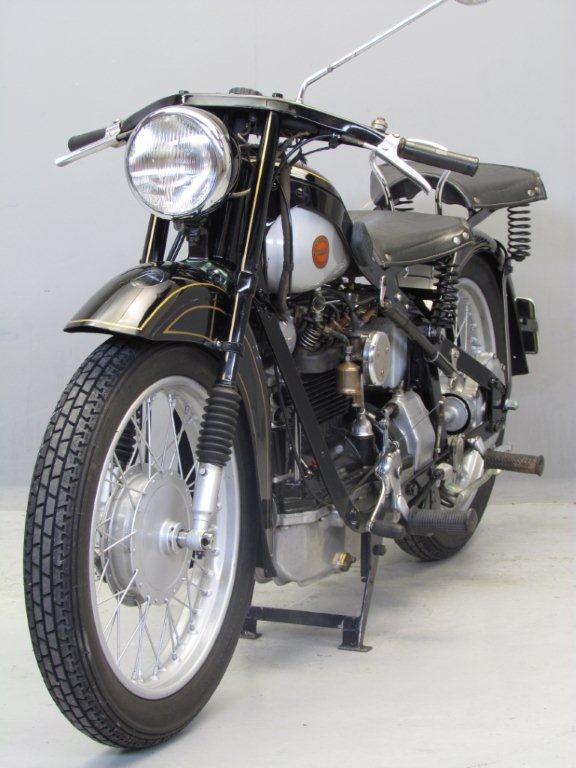 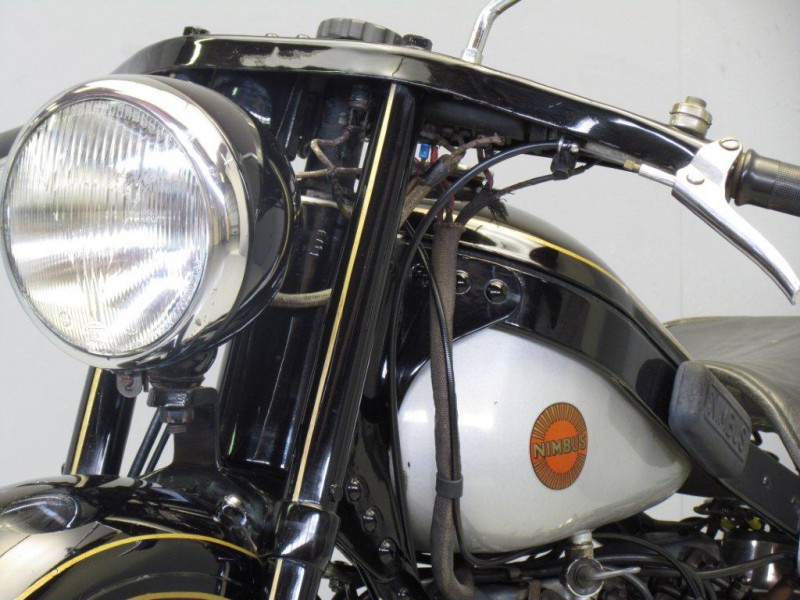 The result of diversification by the Danish vacuum cleaner manufacturer, Fisker & Nielsen, the Nimbus motorcycle first appeared
in 1919. Unusually, only inline four-cylinder models were built.
These were of advanced design, using shaft final drive and pressed steel frames right from the start of production, and
pioneered the use of the telescopic front fork in the mid-1930s.
The early models featured a distinctive tubular spine frame that doubled as the fuel tank, soon gaining the nickname ‘stovepipe’.
Motorcycle production was suspended in 1928 to enable the company to concentrate on producing its Nilfisk vacuum cleaners,
and when the new Nimbus appeared in 1934 it was with a power unit that shows strong motor-industry influence, being constructed
along car lines with integral crankcase/cylinder block in cast iron and a detachable alloy sump.
The cast-iron cylinder head is topped by an alloy housing for the single overhead camshaft, which is driven by shaft-and-bevel gears.
This vertical camshaft drive is positioned on front of the cylinderblock and is the alternator at the same time.
A very novel design… A single-plate clutch transmits power to the three-speed gearbox.
Foot change for the gearbox, a beefier front fork and larger brakes had been added by the end of the 1930s.
Production stopped by the outbreak of WW2 and was started up again immediately after the war.
The Nimbus changed little until series production was ended in 1954, once again to free up resources for the vacuum cleaner
business. Production was always on a limited scale but such is the quality of the Nimbus that a considerable number remain in
service today.
This handsome machine was extensively used till recently for club meeting and holidays and proved to be a very reliable,
trouble free and well handling motorcycle.