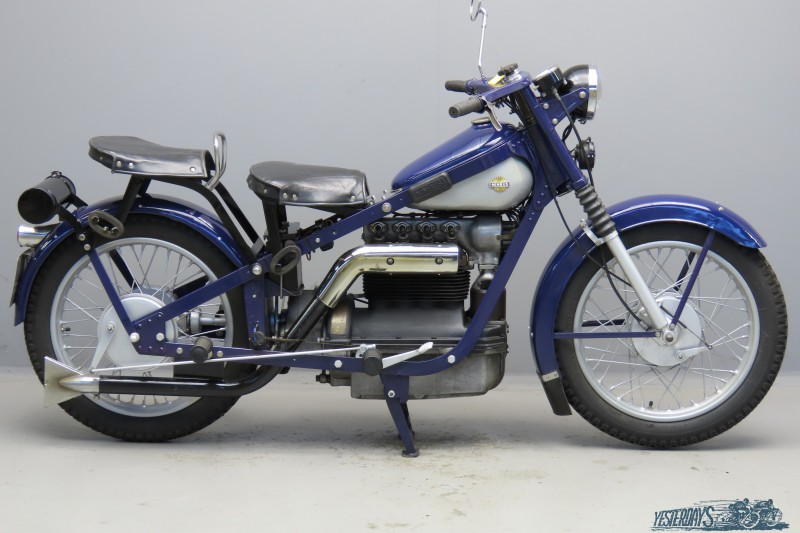 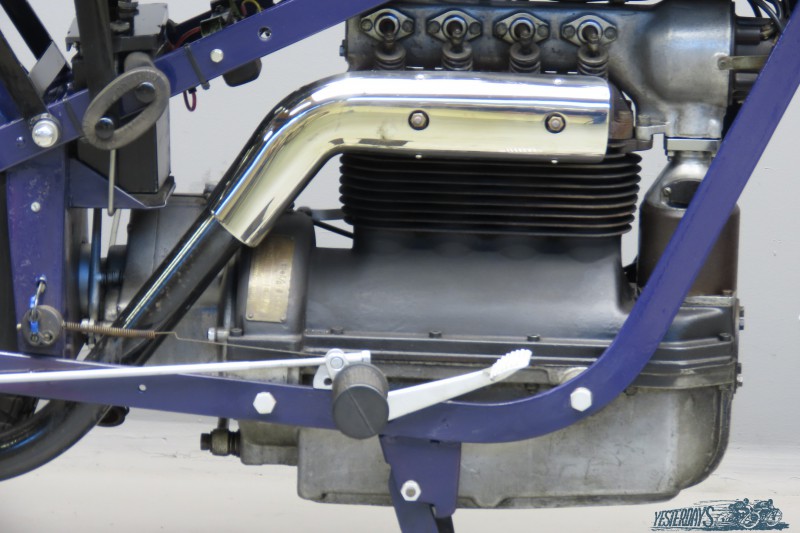 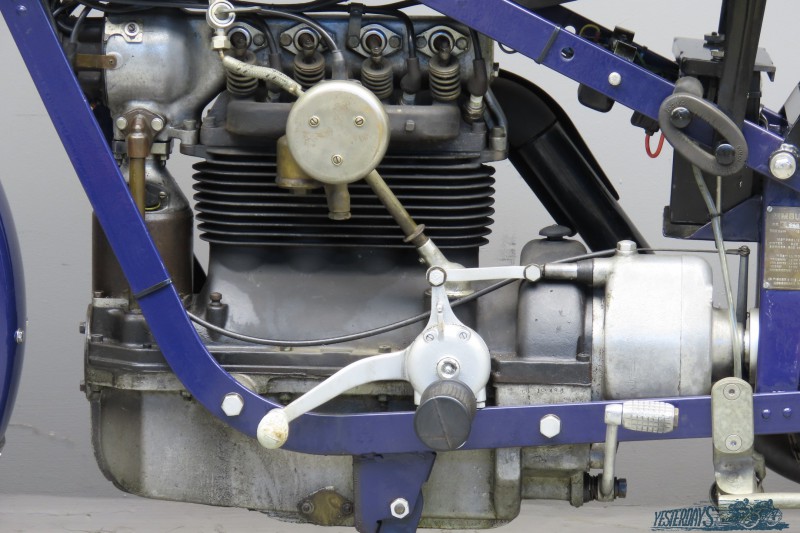 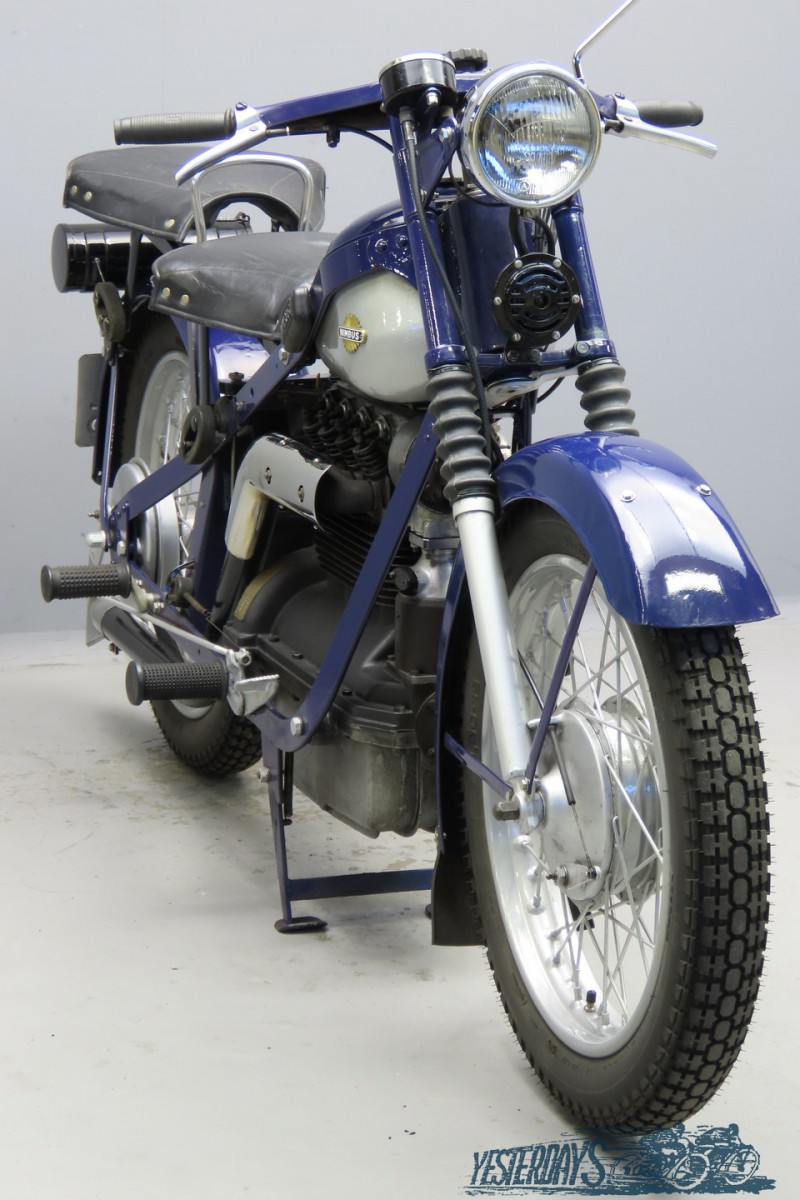 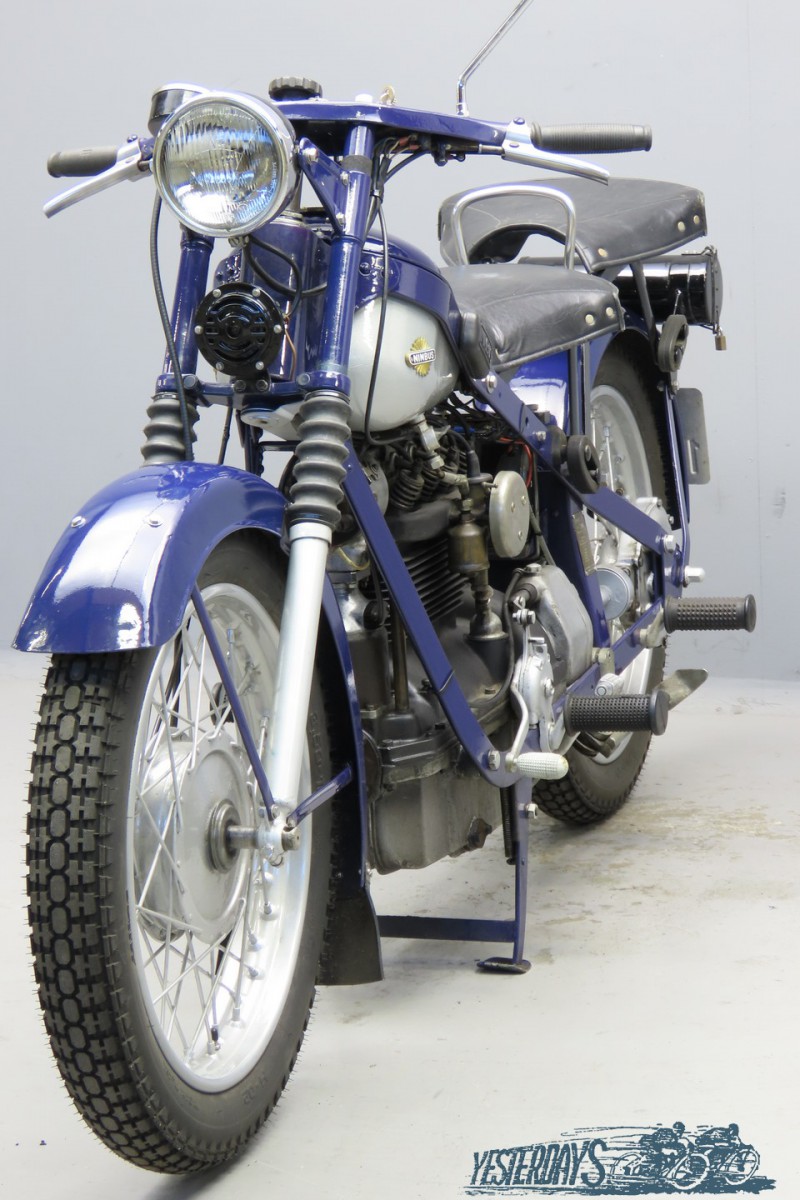 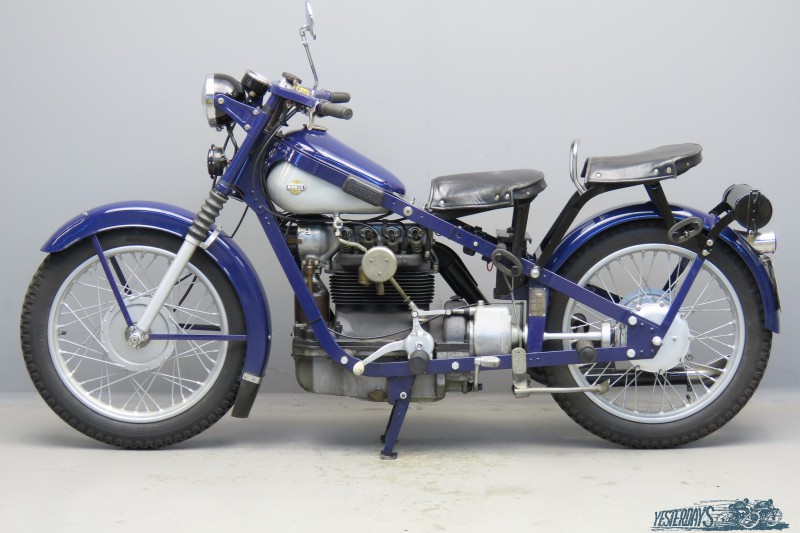 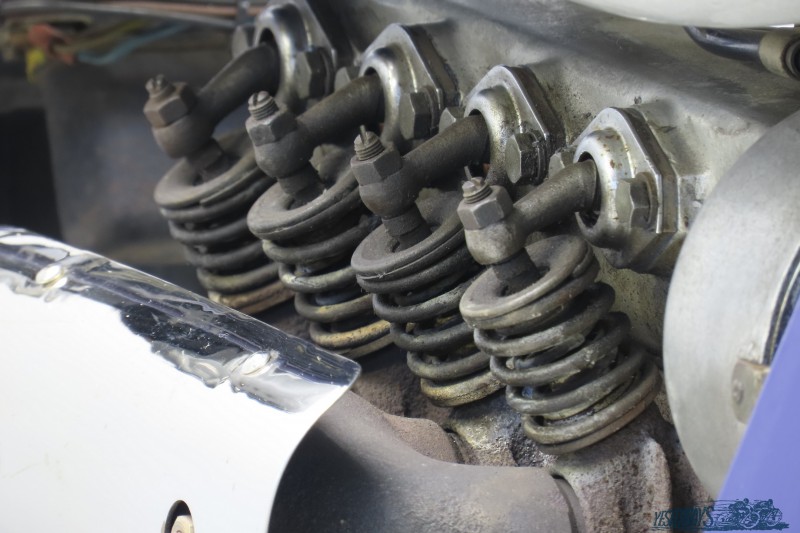 In April 1934 the “Nimbus II” was brought out.
The flat steel strip frame was a feature in common with the earlier “stove pipe”, but most other features were totally new: the top half of the crankcase was cast in one piece with the ribbed air cooled cylinder block.
The iron cylinder head sported an overhead camshaft.
The crankshaft drove the overhead camshaft through the upright mounted dynamo via sets of bevel gears. After World War 2 the design was updated: a new type of front forks, front mudguard, headlamp and full width hub were fitted, The dashboard-mounted VDO speedometer was exchanged for a side-fitted Smiths instrument and the round identification plate on the dashboard became a rectangular plate that was positioned on the left hand side behind the engine. 12,715 Nimbuses were produced between 1934 and 1959.
A Nimbus is a real touring motorcycle; it provides 18 HP @ 4,000 RPM. It is a pleasant and unusual design with a good spares situation and it gives a relaxed ride.
The machine we present is an older restoration in good condition.
She comes with comfortable passenger’s seat and practical side stand and is road-registered.