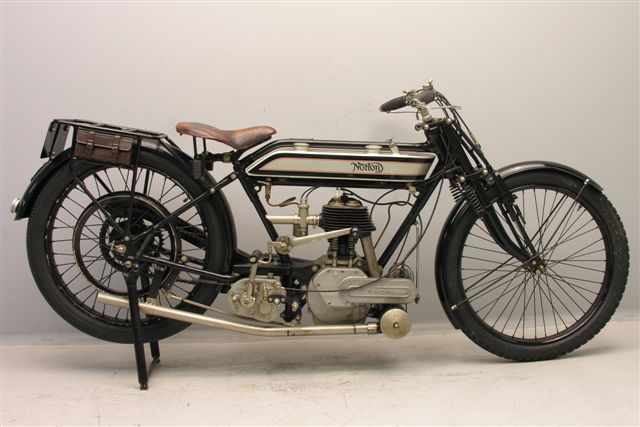 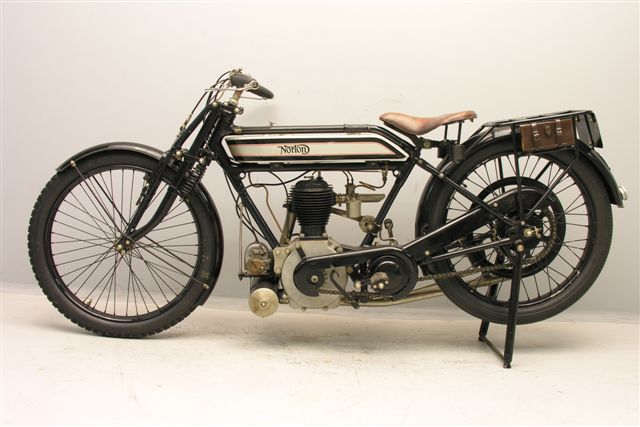 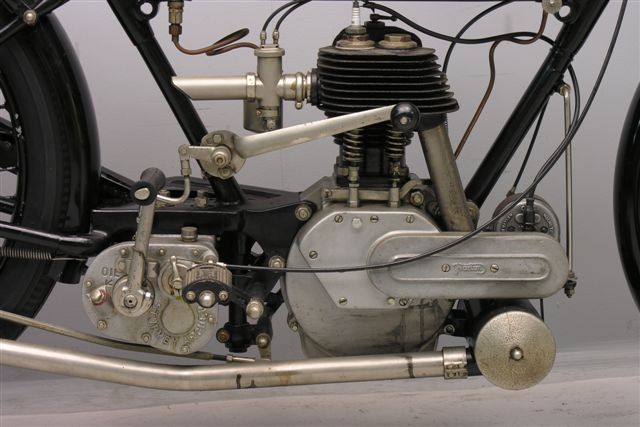 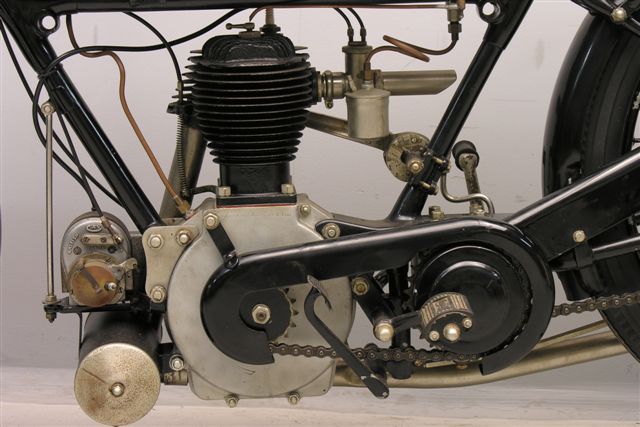 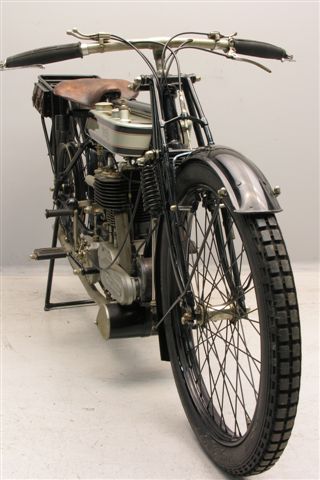 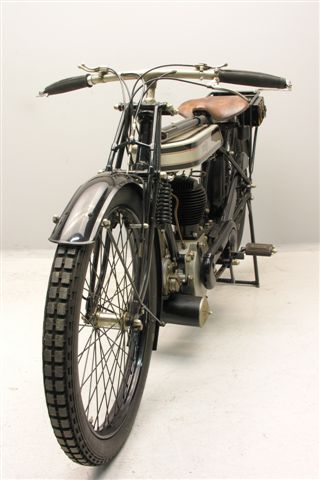 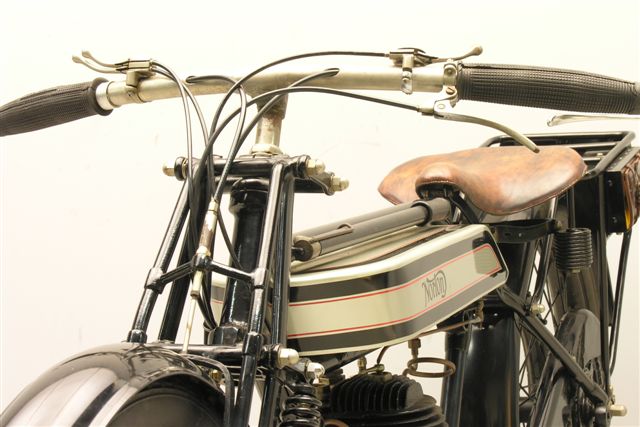 In 1921 Norton Motors moved into  new premises in Bracebridge Street, Birmingham.
The model range consisted of two simple, sturdy and beautifully finished  sidevalve three speeders, the 490 cc  model 16/17   and  the 633 cc  “Big 4”, and three direct belt drivers, very fast but rather outdated now and really only of interest to the real speed enthusiast.
The single speeders had specially tuned engines that were very appealing to customers, and the factory listed these tuned engines for fitment to the three speeders as well.
The model 16 actually was available in a homemarket version, the 16 H, and a heavier built colonial version, the 17 C.
The tuned machines were issues with a certificate that the engine had reached a speed on the Brooklands track  of 70 mph for  the B.S. or Brooklands Special or 65 mph for the  B.R.S. or Brooklands Road Special.
This machine was part of the Kenneth Bills collection till 1991, when it was acquired by a Dutch collector.
Only four of these machines are listed in the VMCC Register of machines.
This rare 16 H BS is excellently restored .