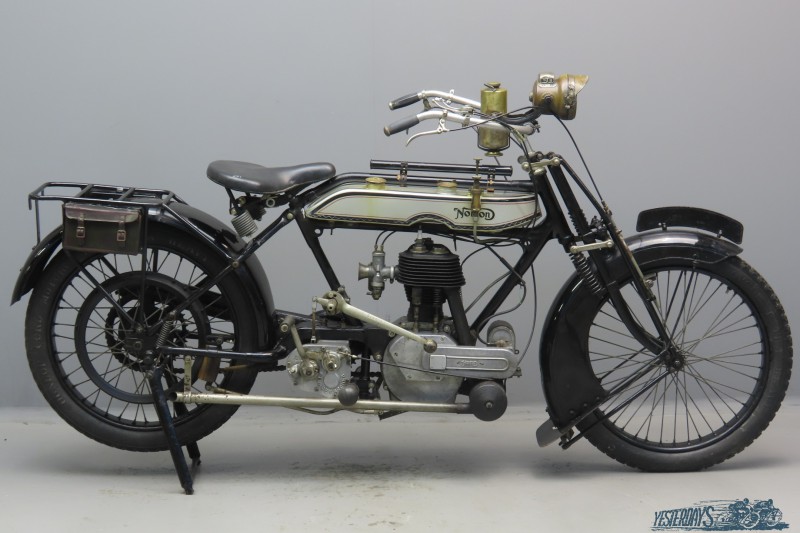 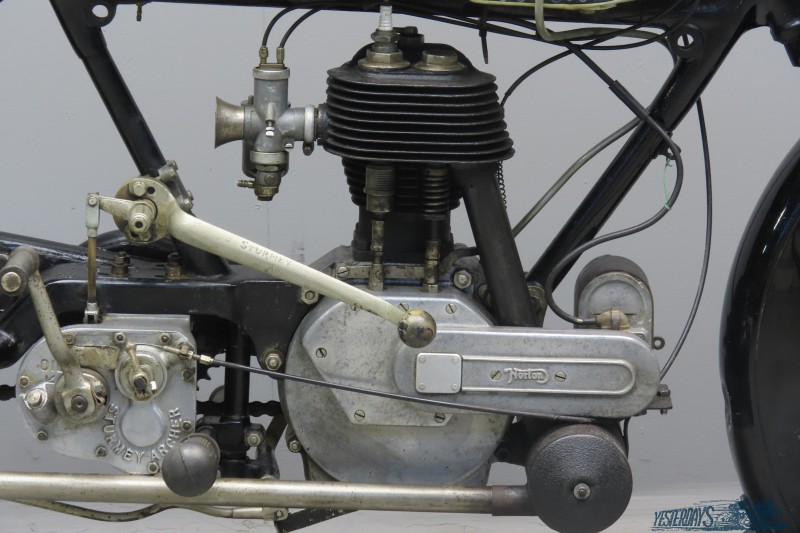 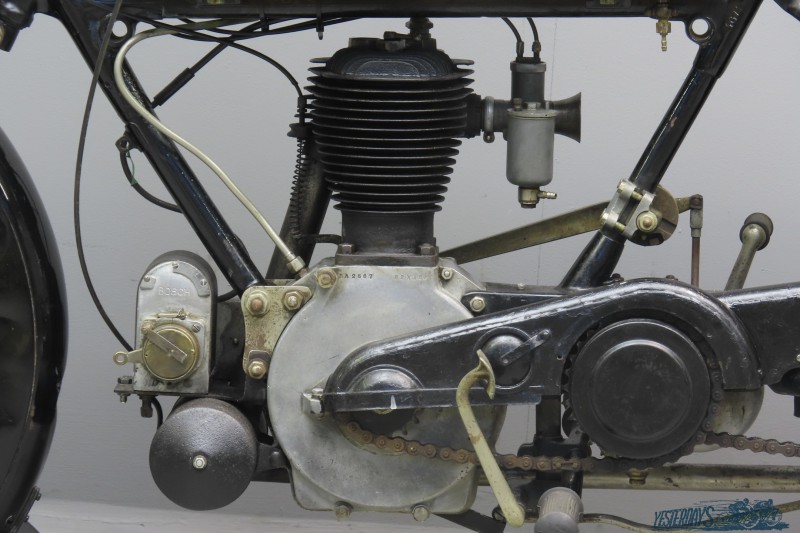 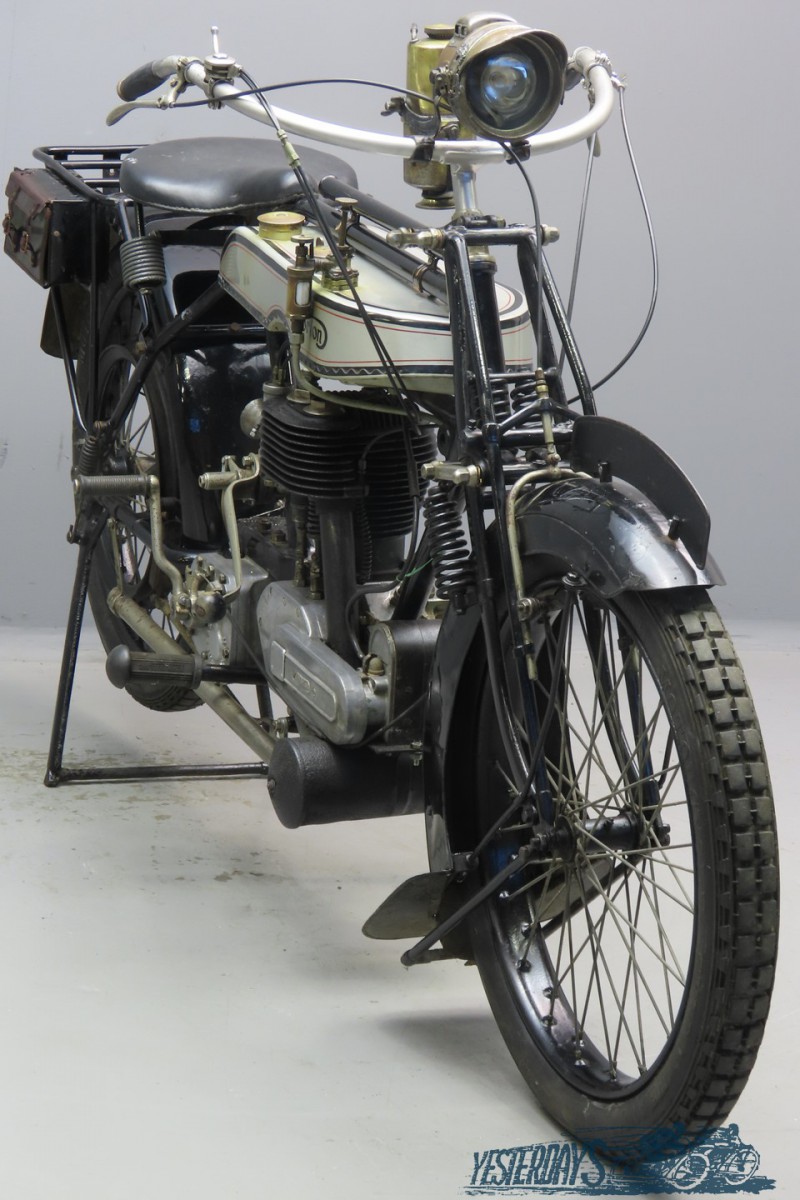 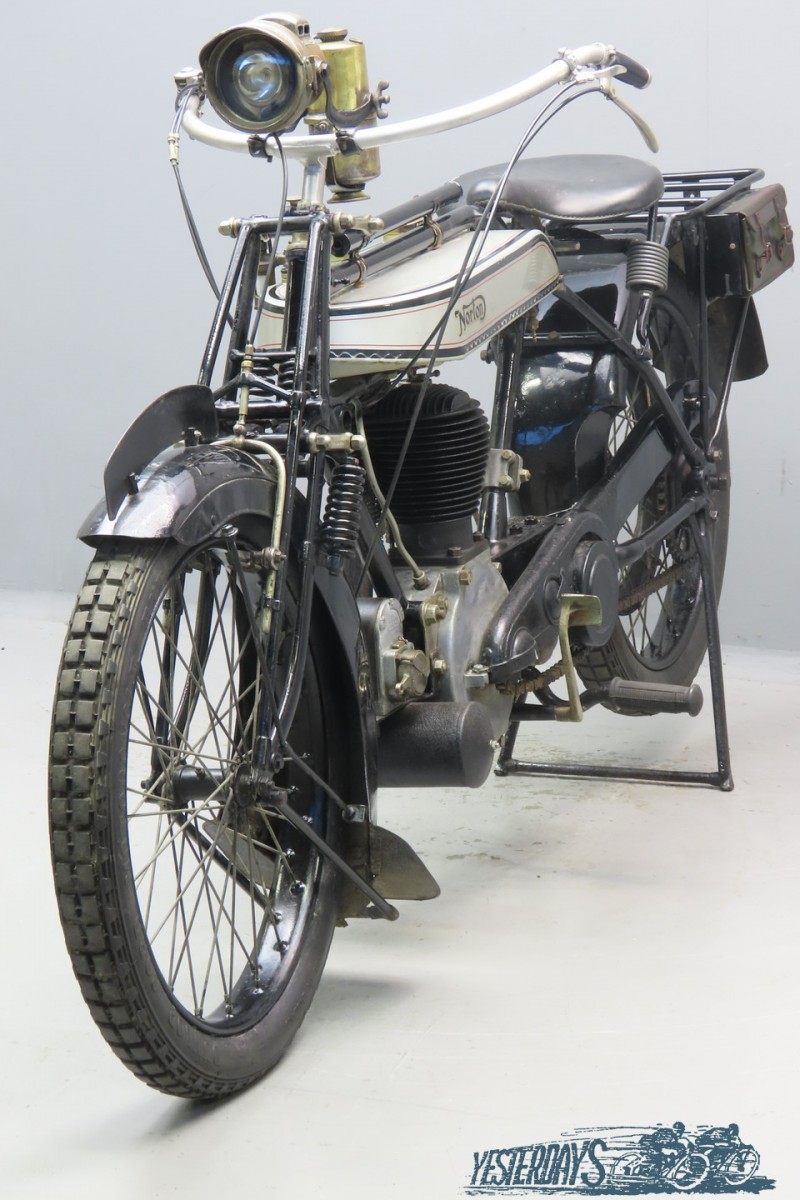 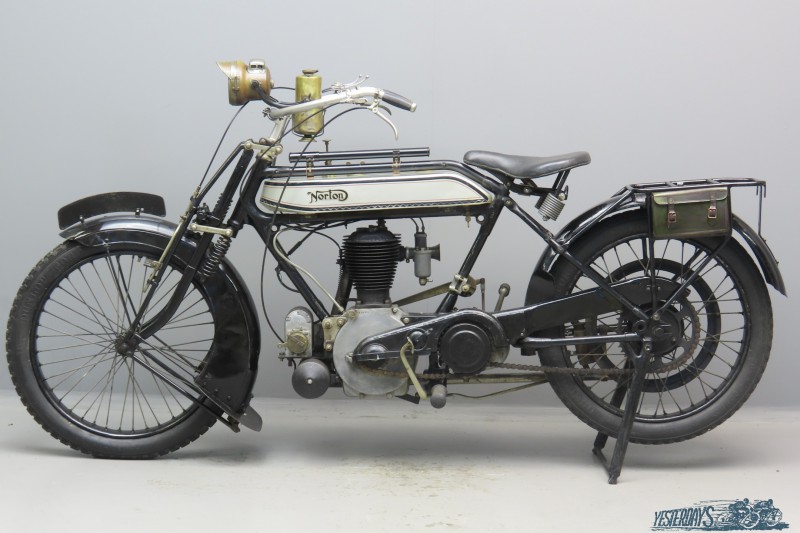 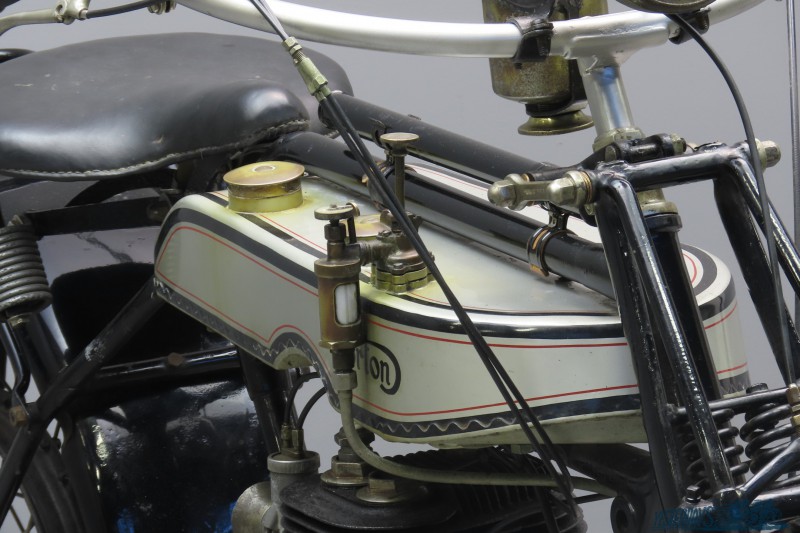 The model name Big Four was used from 1909 till 1955, when production of all side valve Nortons stopped.
The BF was introduced at the Stanley Show in November 1909 and mainly designed as a strong and reliable sidecar machine.
During the second world war the further developed Big Four did excellent service in the British army.
The 82 x 120mm engine was very reliable and had lots of bottom power and also a good top speed of above 80km with loaded sidecar.
The model name originated from the “4 HP” designation it got in its early years.
The early history of this interesting early Big 4 is not known; an accompanying invoice shows it was bought in 1976 from Pratt’s Vintage Motorcycle Company in London for the pricy sum of £750. The machine had a current MOT certificate then so we surmise that it was in a roadgoing and restored condition then.
Later the machine moved to Norwich and, judging from her somewhat neglected state when she arrived with us, she must have been in storage for many years.
Dating of early Nortons is not easy because the factory records only commence in late 1922.
According to Simon Grigson of www.vintagenorton.com the BA prefix letters in the engine number have been used only for 1921 machines.
Two types of petrol tank were used, the “speed type” and the “utility type”, the latter of which had a cut-out in the petrol tank for valve removal and replacement.
The M1 we offer comes with Bosch magneto, acetylene lighting set and a somewhat younger Amal carb.
The lower part of the primary chain case is missing.