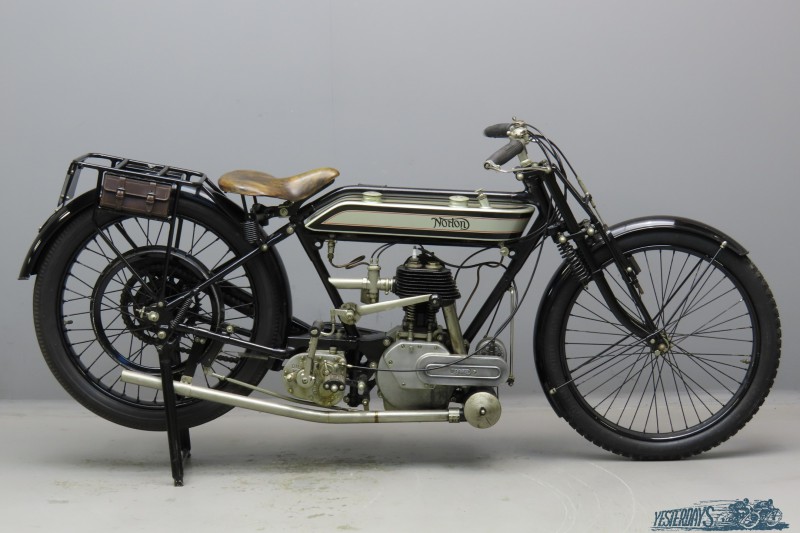 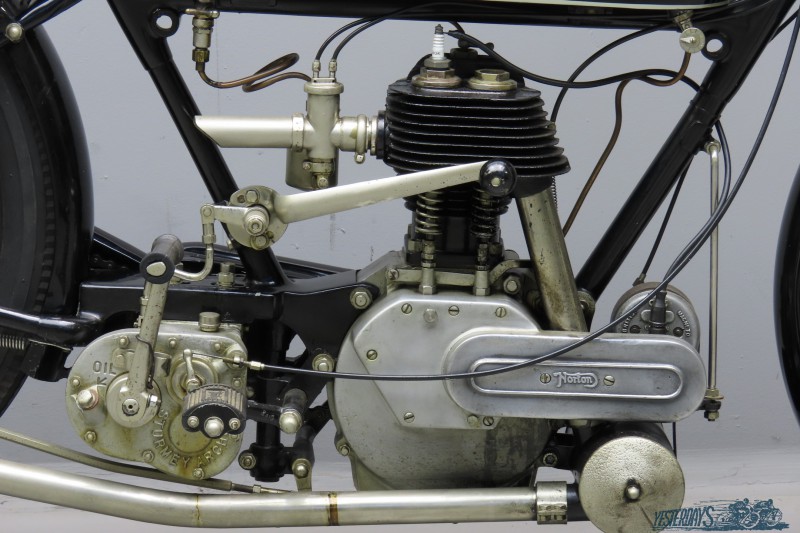 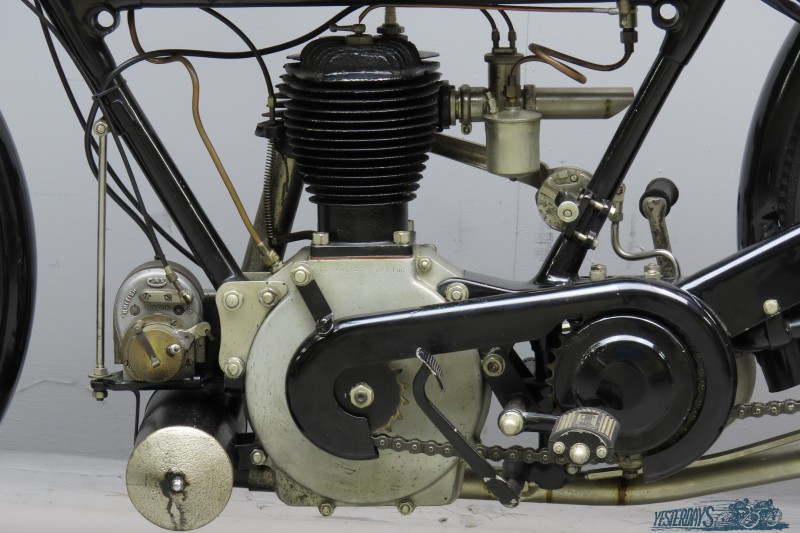 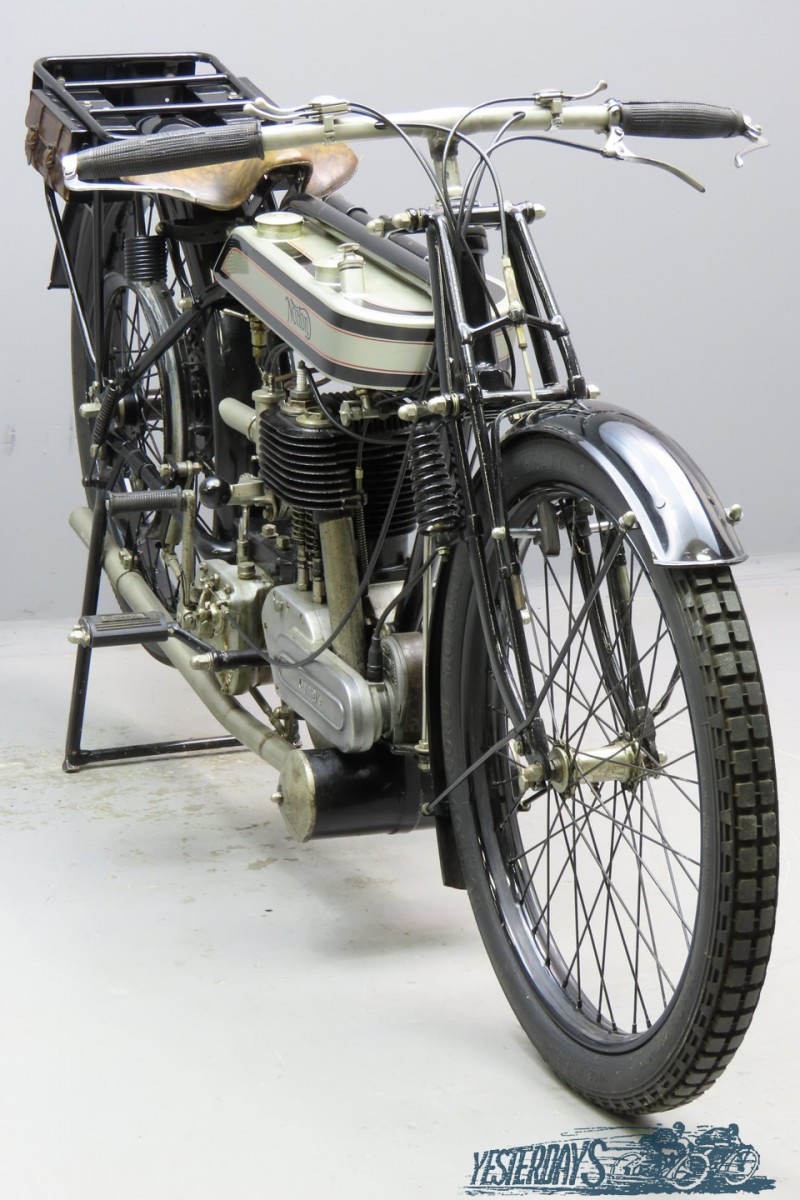 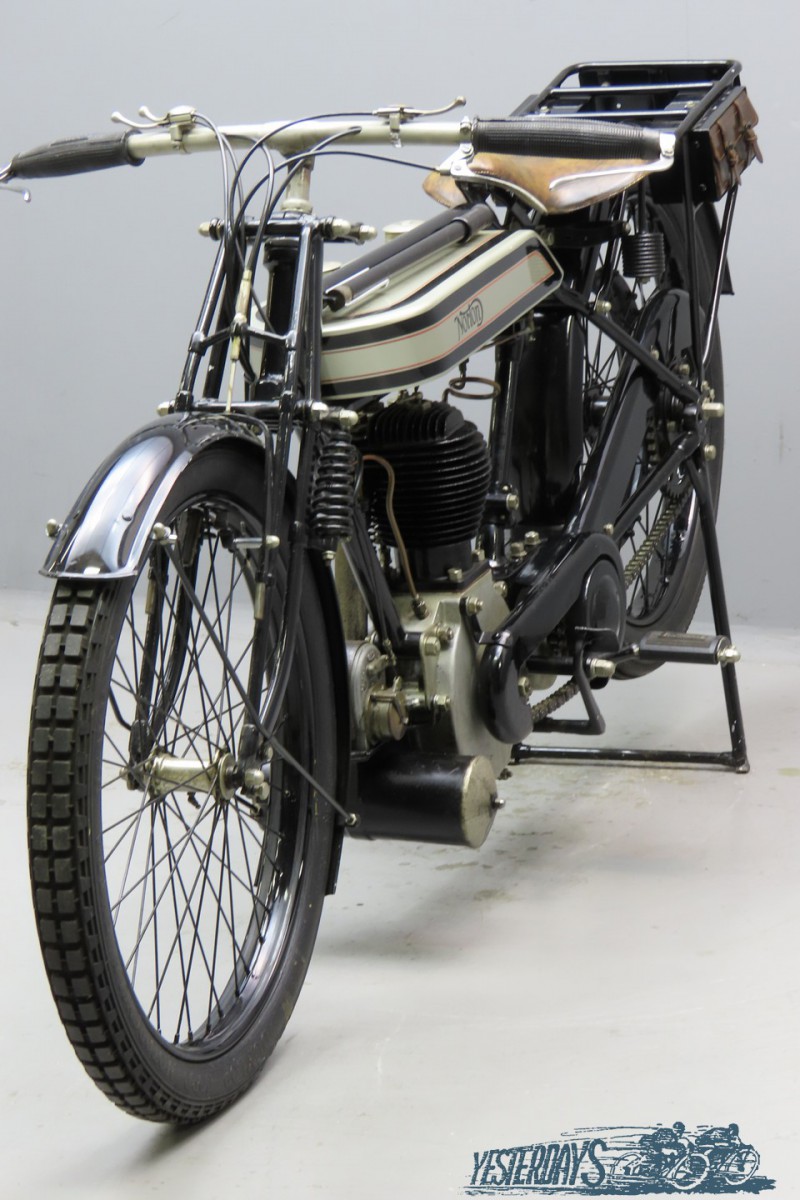 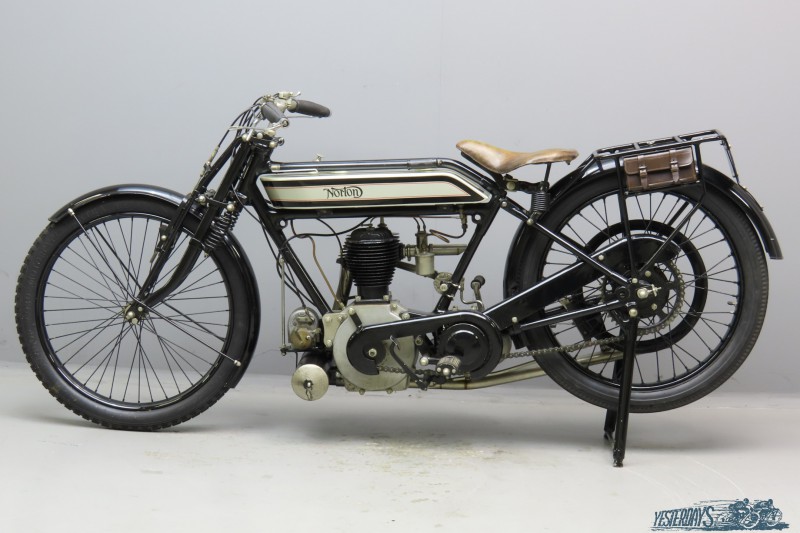 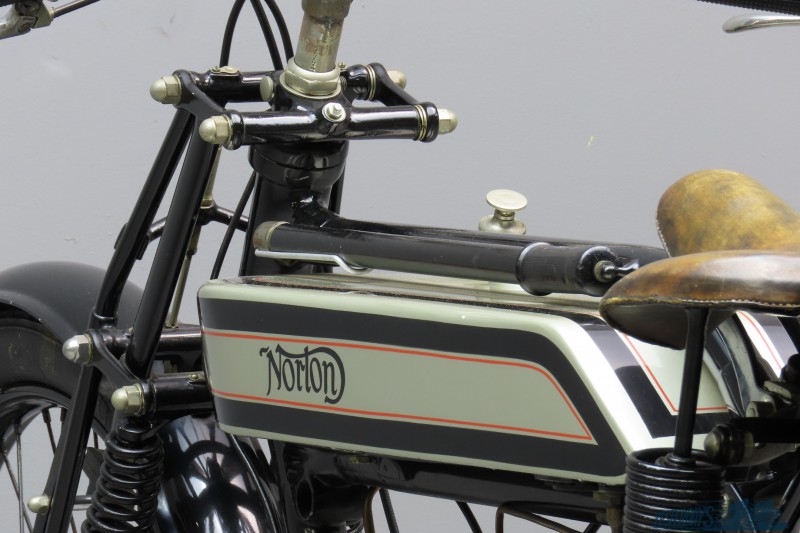 In 1921 Norton Motors moved into new premises in Bracebridge Street, Birmingham.
The model range consisted of two simple, sturdy and beautifully finished sidevalve three speeders, the 490 cc model 16/17 and the 633 cc “Big 4”, and three direct belt drivers, very fast but rather outdated now and really only of interest to the real speed enthusiast.
The single speeders had specially tuned engines that were very appealing to customers, and the factory listed these tuned engines for fitment to the three speeders as well.
The tuned machines were issued with a certificate that the engine had reached a speed on the Brooklands track of 70 mph for the B.S. or Brooklands Special or 65 mph for the B.R.S. or Brooklands Road Special.
A quote from George Cohen’s book “Flat tank Norton”: “Work continued in 1920 on the B.S. and B.R.S. Nortons for sale to the public.
These were guaranteed to motor at 70 and 65 m.p.h.
respectively.
The engines of these machines arrived at the track in boxes from the works.
They were run in for 20 laps and then stripped and checked.
The check was a thorough one, and included valve and ignition timing; piston and bearing alignment; and a general check on tight spots and so on.
After this the machines were reassembled and checked out against the stop watch.
The better models would exceed 75 m.p.h. and some of these were used for odd record breaking attempts.
The engines were of 79mm x 100mm, the traditional Norton dimensions; and had the normal cast-iron pistons with one-piece barrel and head; access to the side valves by means of the usual valve cap in the head.
A Binks “Rat Trap” carburettor was normally used for track racing, although I believe that other carburettors were used for road work.
The best record breaking engine would produce 24BHP at somewhere around 4500 r.p.m., and probably represented the peak of British side valve development.”
This rare 16 H BS has been excellently restored and was part of the Kenneth Bills collection till 1991, when it was acquired by a Dutch collector.
Only four of these machines are listed in the VMCC Register of machines.