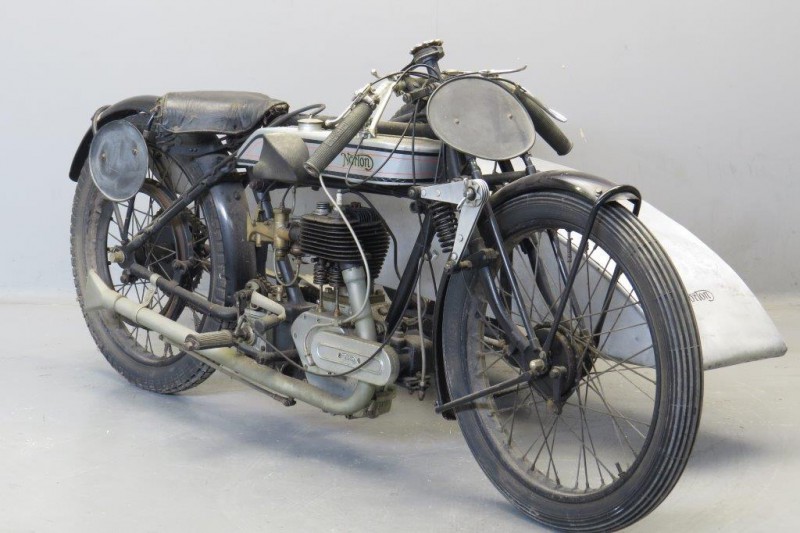 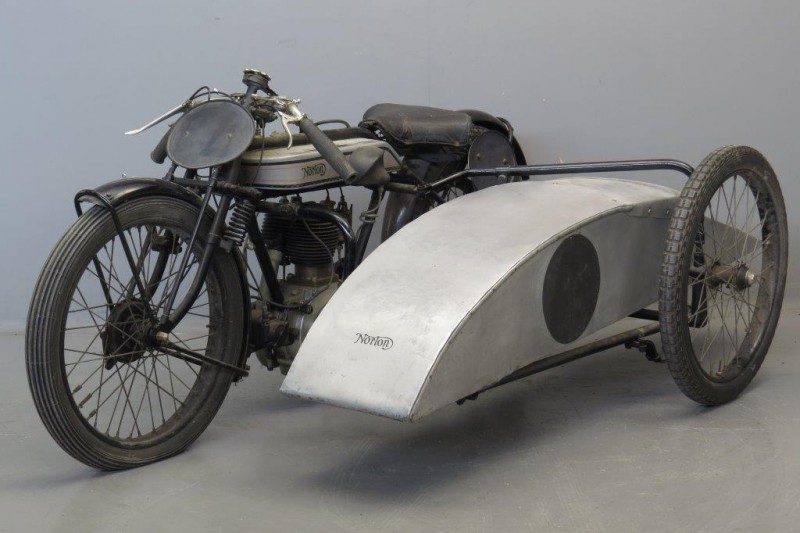 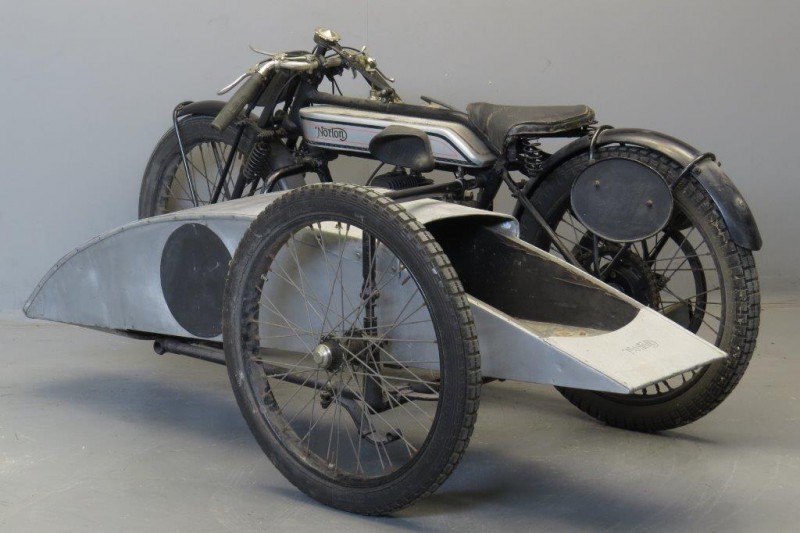 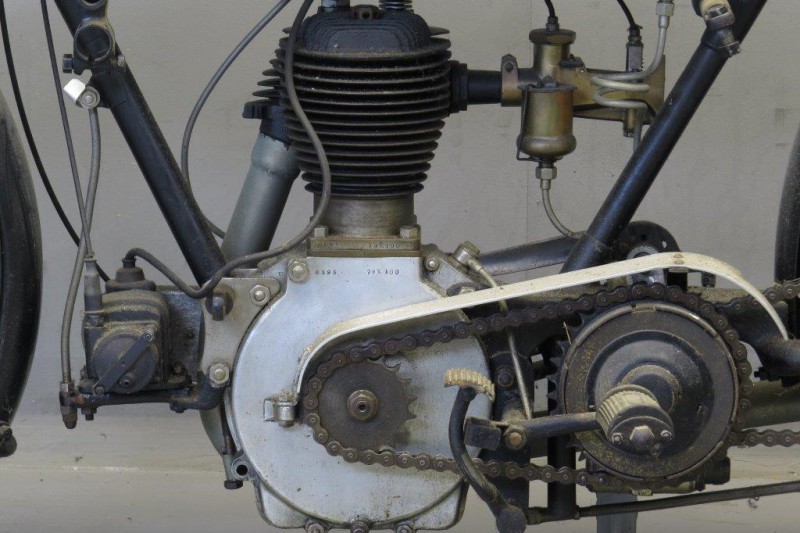 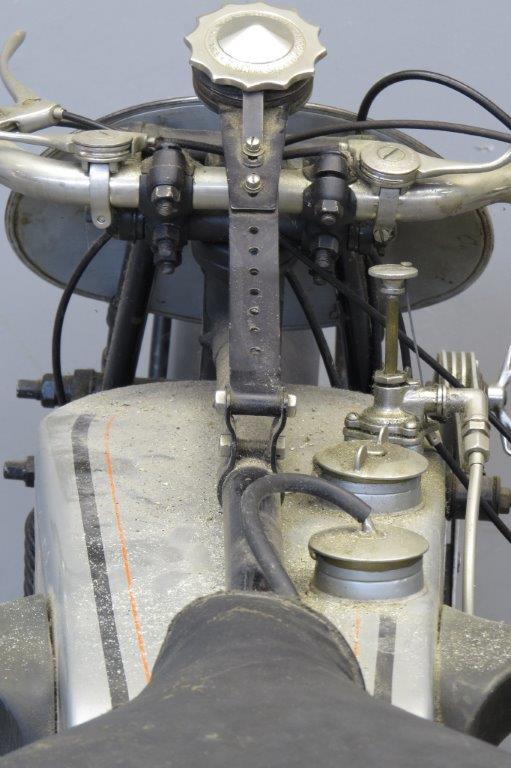 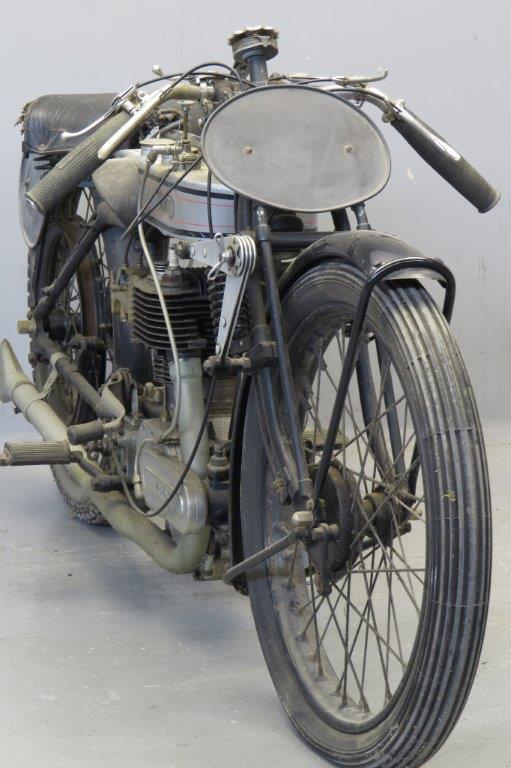 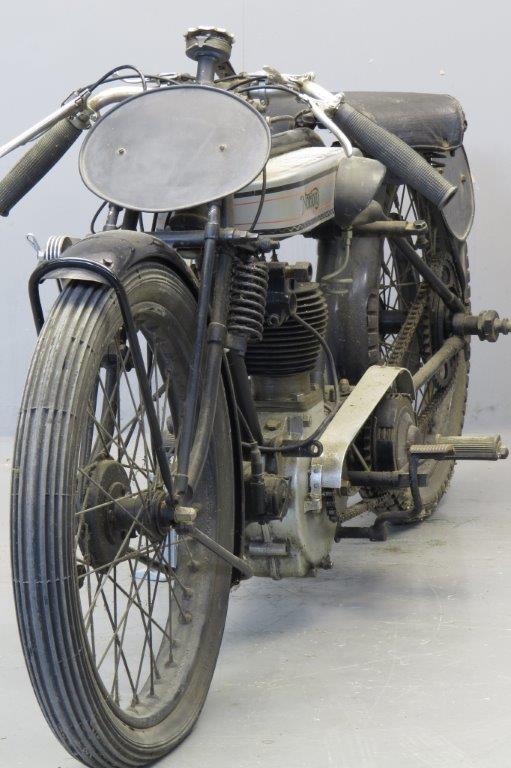 In 1921 Norton Motors moved into  new premises in Bracebridge Street, Birmingham.
The model range consisted of two simple, sturdy and beautifully finished  side valve three speeders, the 490 cc  model 16/17   and  the 633 cc  “Big 4”, and three direct belt drivers, very fast but rather outdated now and really only of interest to the real speed enthusiast.
The model 16 actually was available in a home market version, the 16 H, and a heavier built colonial version, the 17 C.
The 16 H engine with dimensions of 79×100 mm had a remarkable production run of no less than 45 years.
Keywords with this design are reliability, robustness and power.
In the early twenties, when OHV developments were still under way,  side valve engines were used for racing on a large scale, think of the Norton “Brooklands Special” and Sunbeam “Longstroke”.
These side valve machines could be tuned to a high degree and still remained reliable under racing conditions.
The Model 2 offered here is actually a slightly modified model 16H.
It’s  equipped with a very light racing/sprint sidecar, a much sought after Binks  “Mouse Trap” racing carburettor and André Steering damper.

From the old log book we have been able to trace its history back to 1946 when it was owned by a Mr. John Walters.
He sold this combination in July  1946 to a Mr Vincent Arthur Bennett.
After a few changes in ownership it came in the possession   of the late Bill Fruin.
This remarkable man  was addicted to the Norton brand and he had nearly every model from all production years in his collection.
Bill ran an old motorcycle shop (Benson Motors) in the village of Benson, Oxfordshire.
We  have been told that  Bill Fruin loved to race this outfit on many occasions on the Brooklands race track.
After Bill passed away  his collection was sold by Phillips Auctioneers in 1984.
The buyer was a Cheshire gentleman who never used the combination  and kept her on the loft.
And now,  after 30 years of gathering dust without seeing daylight she is up for sale again.

This impressing vintage combination comes with the aforementioned old logbook and a current road registration.
It would be worthwhile to do further research  into the racing history of this outfit!