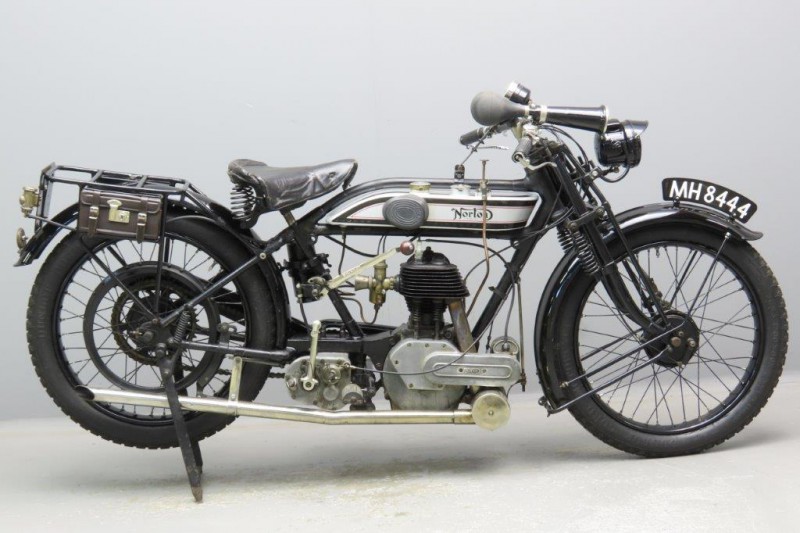 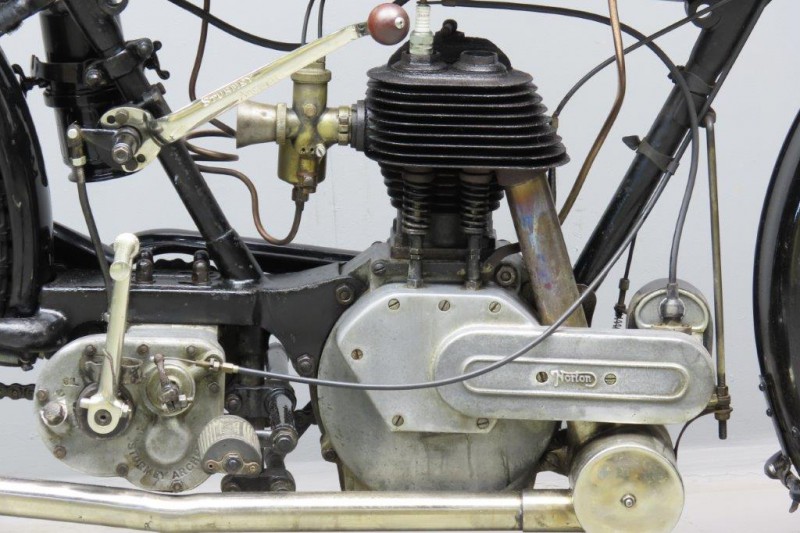 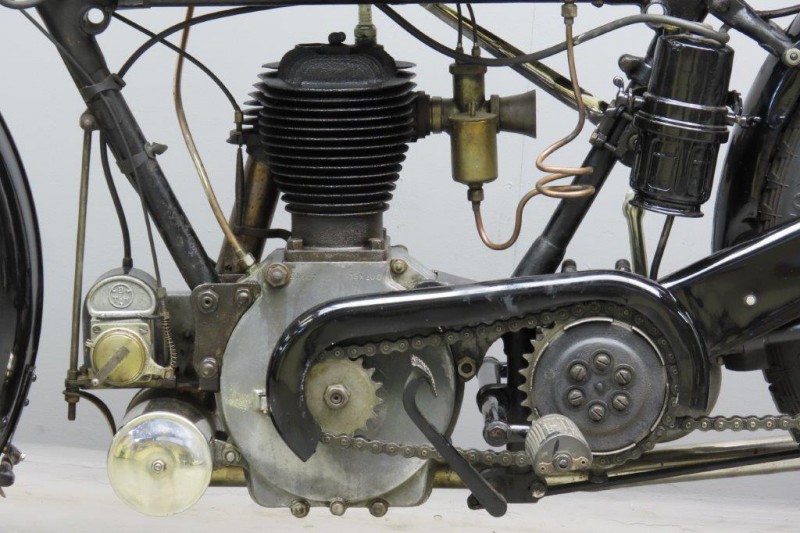 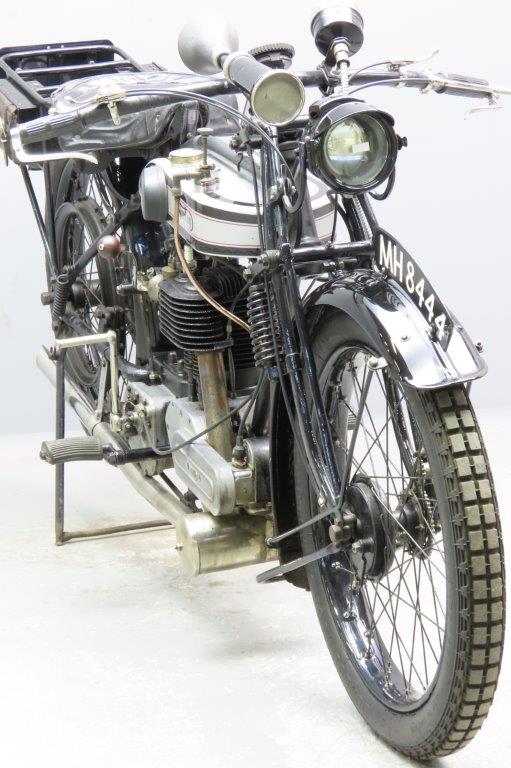 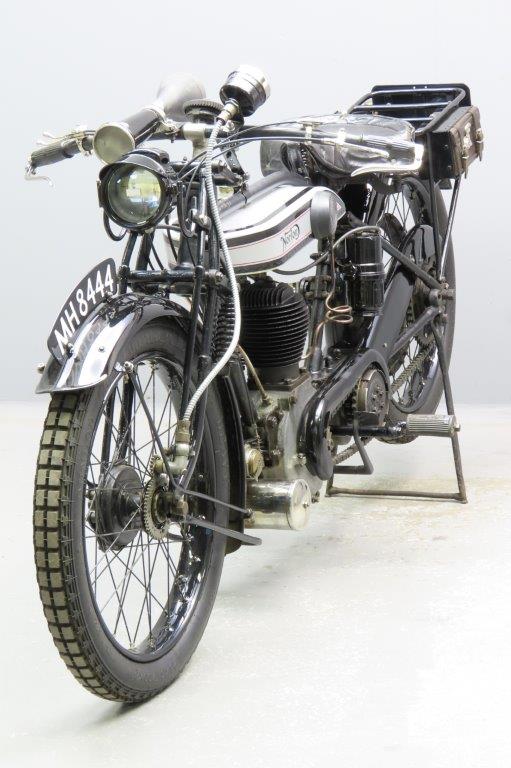 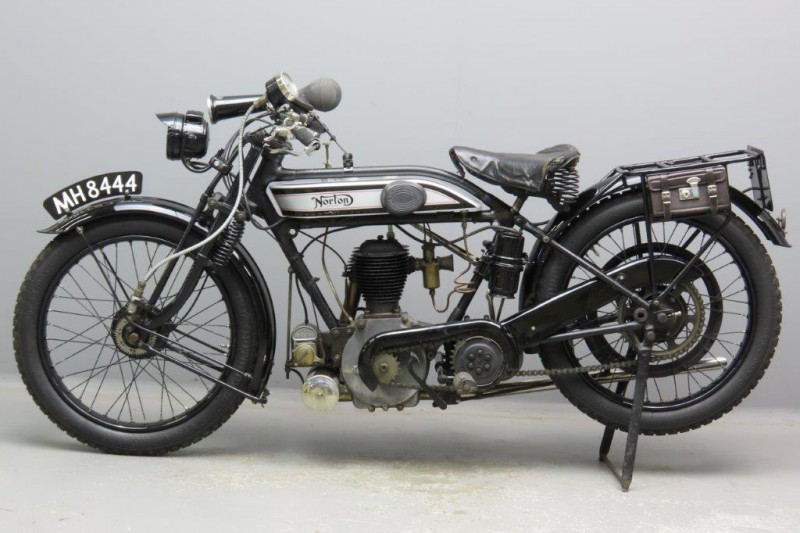 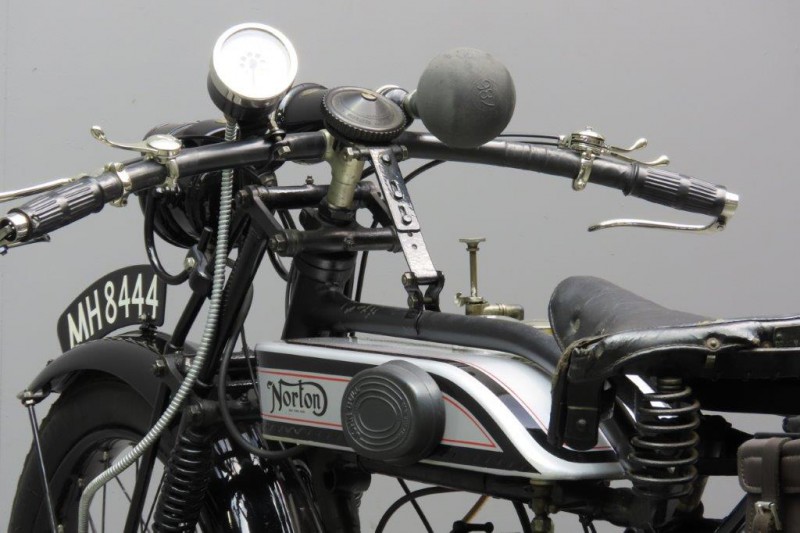 “With a life span of 45 years, the 490cc sidevalve Norton could claim to be unique in motorcycle history.
No other engine ever had such a long production run, achieved so much fame and won so much respect and affection from those who used it.
Just mention 16H amongst motorcyclists and it means sidevalve Norton though few have any idea what the model designation stands for.
Some have taken it to indicate the power output, for 16 horsepower would not be too far out for the better editions of this old warrior of an engine.
The truth is a little prosaic. (…) The model numbering had reached 16 by the time the first chain drive 490 model was announced in 1919.
The classic dimensions of 79-mm bore x 100-mm stroke were never to be changed on the 500cc sidevalver”. (Source: Titch Allen, the Fourth Vintage Road Test Journal.)
Norton’s model 16H was to remain in production until 1954, but it is possibly at its most desirable in the form of the vintage flat-tanker.
This 16H dates from 1925 at which time the factory claimed, “This machine is beyond doubt the fastest side valve 3½ hp. machine on the market”.
The machine has been restored some years ago and comes complete with Lucas bulb horn & acetylene lighting set, Cowey speedometer and Andre steering damper.