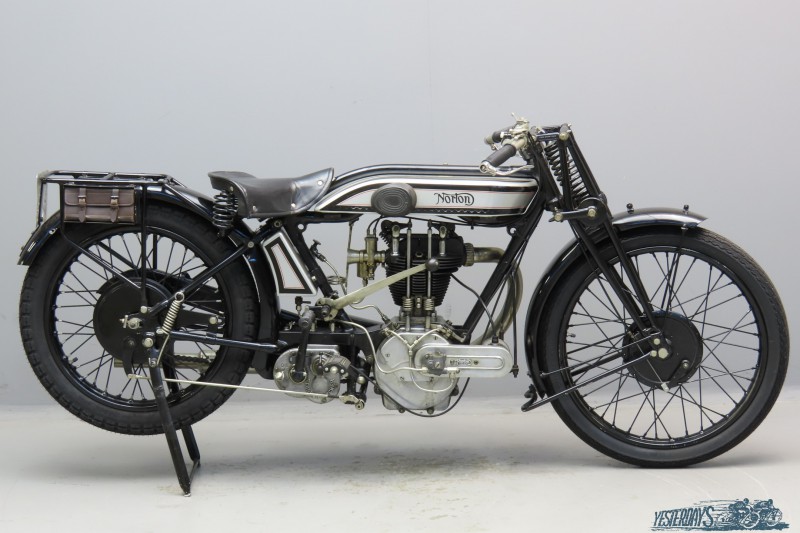 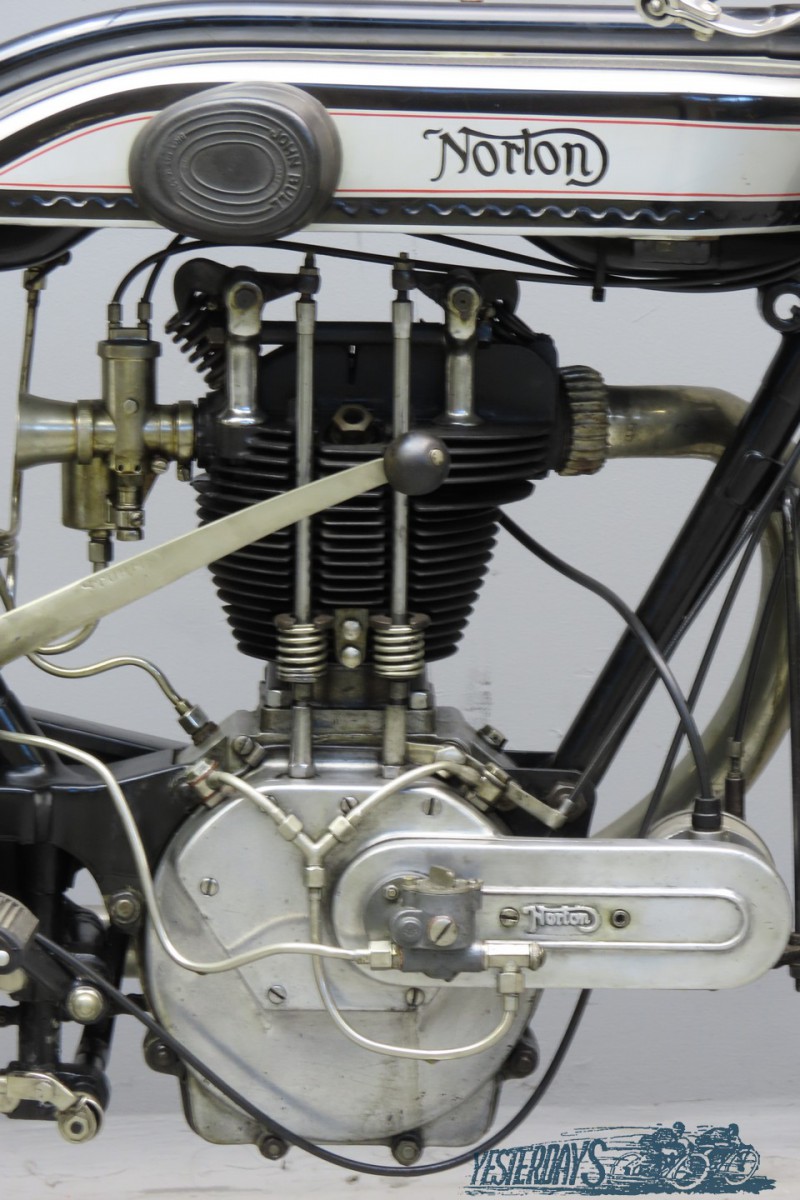 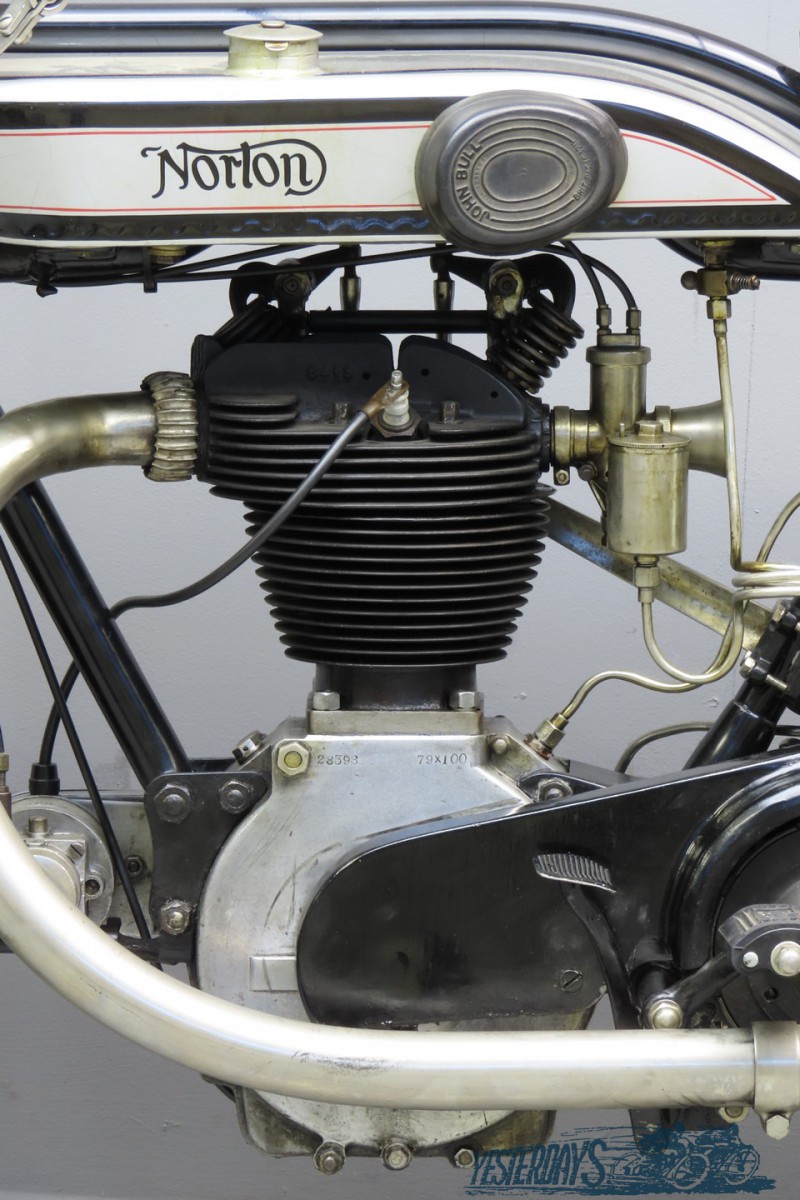 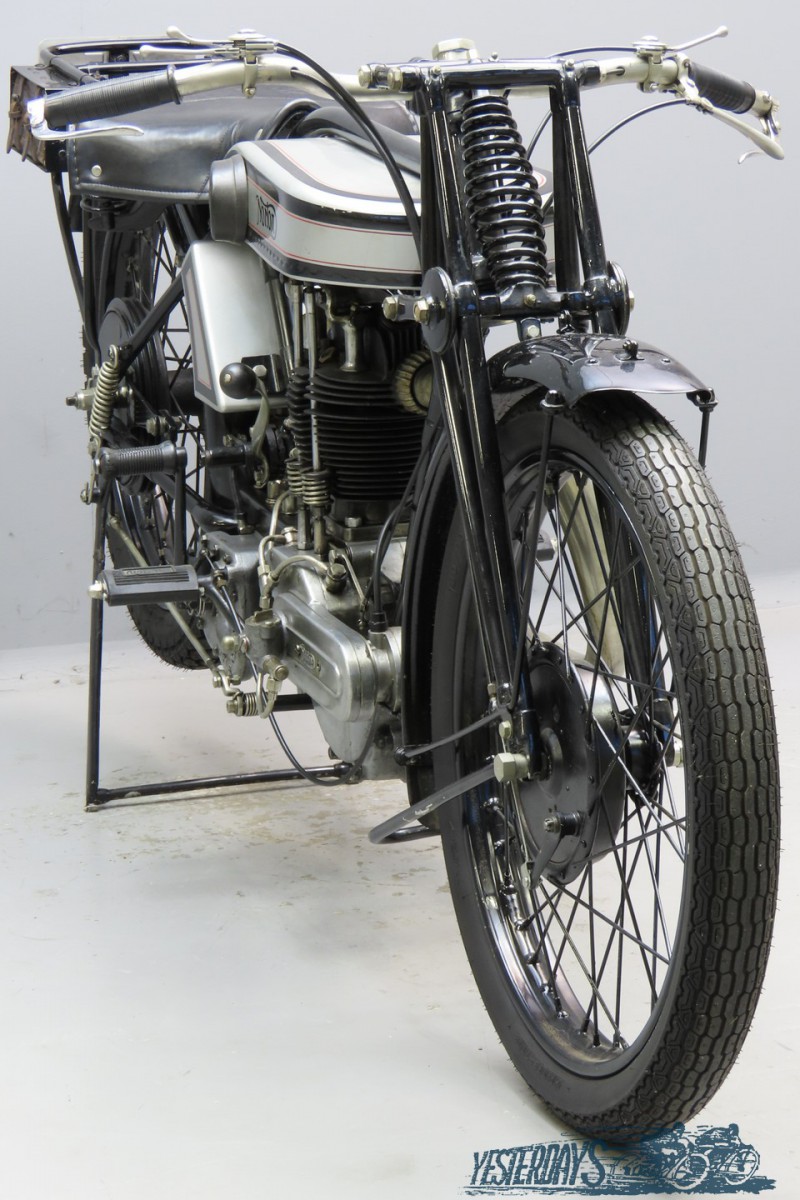 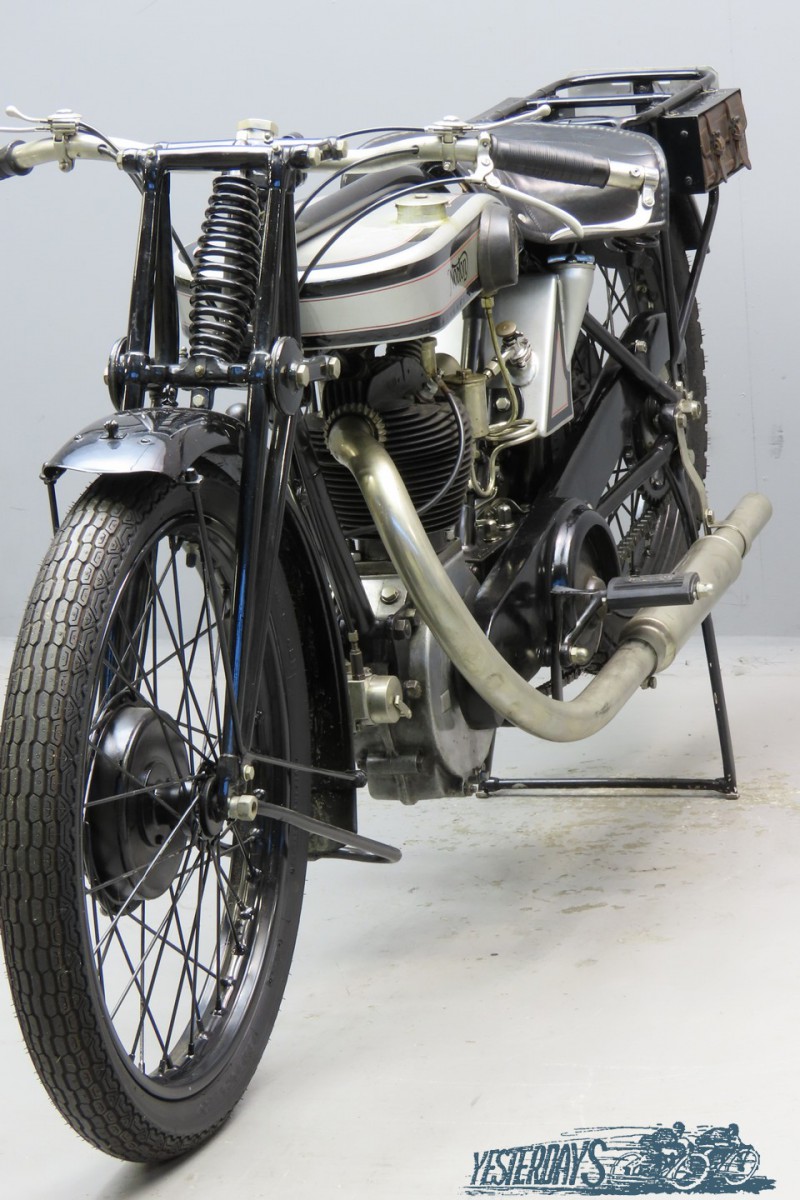 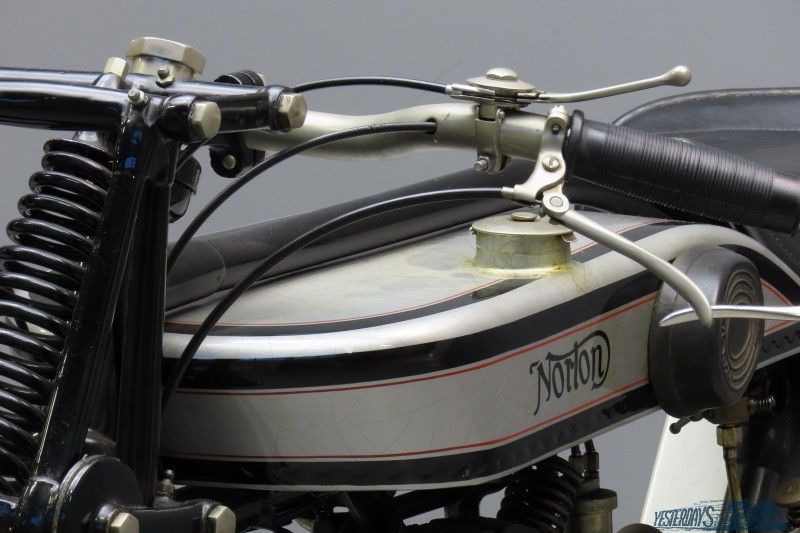 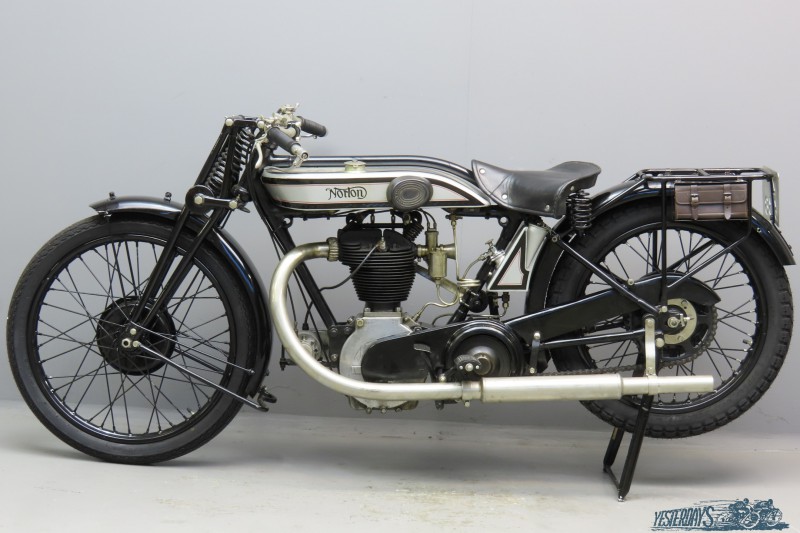 Like the majority of their contemporaries, Norton relied on the side valve engine until the 1920s, when the existing and well-tried 490cc unit was used as the basis for the firm’s first overhead-valve design.
Penned by James Lansdowne Norton himself and first seen in prototype form in 1922, the overhead-valve Norton made little impact in that year’s Senior TT, though at Brooklands D R O’Donovan raised the world 500cc kilometre record to over 89mph using the new motor.
For 1923 the OHV model was catalogued as the Model 18. At its introduction it got the factory code word of “Speedy”, which certainly showed some foresight: speeds up to 100 mph were attainable with carefully tuned engines.
In the course of 1923 a number of speed events were won, but in 1924 the Model 18 really showed what it was capable of.
In June Alec Bennett won the senior TT on a model 18 with an average speed of 61.64 mph; the sidecar TT was won by George Tucker on a 588 cc version of the model. Both the French and Belgian GPs were won, and Bert Denley captured the coveted British One Hour Record at 87.07 mph.
In 1925 a new drum brake and Webb centre spring forks were new features; in 1926 a mechanical oil pump on the magneto drive cover was added.
This “Speedy” has been restored a number of years ago and the petrol tank finish shows some crackle.
For practical reasons a front wheel with a bigger diameter brake has been fitted; the original wheel comes with the machine.
This potent ohv sportsman’s mount is road-registered and equipped with ML magneto, Amal carb and Lycett saddle.