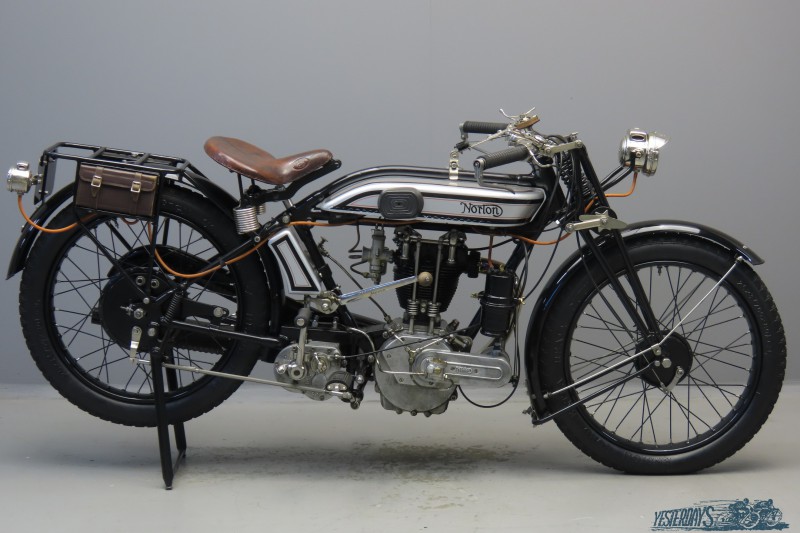 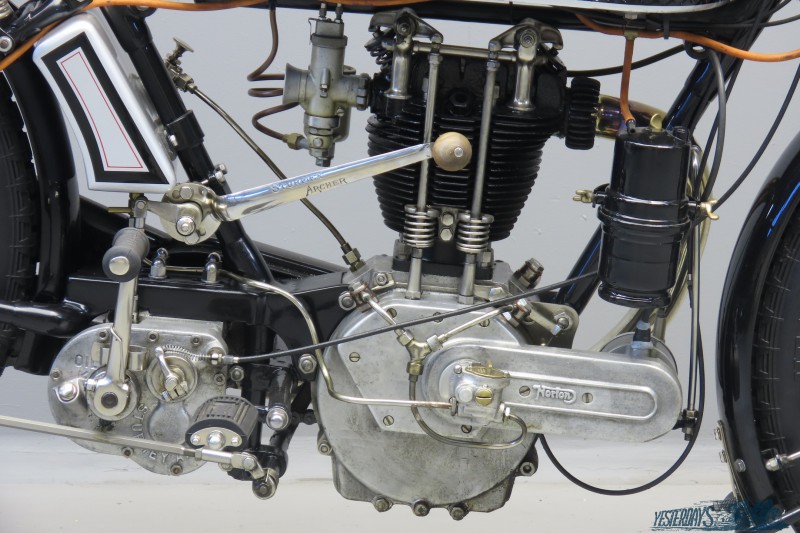 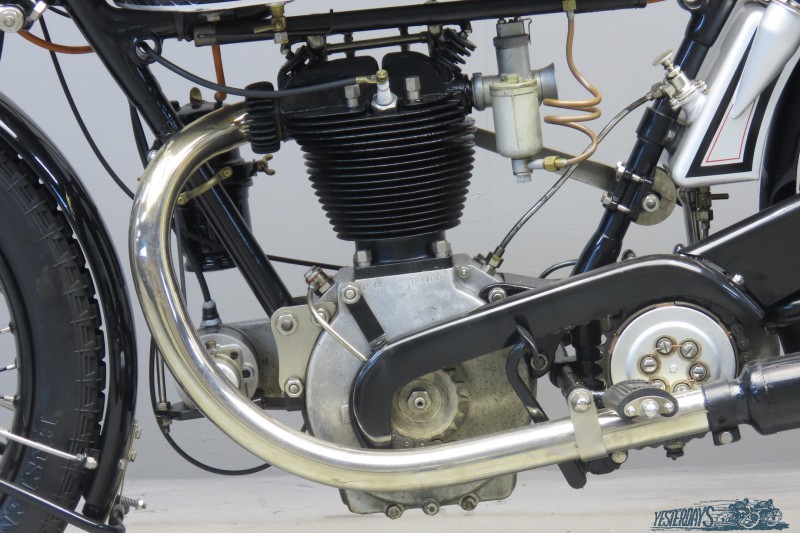 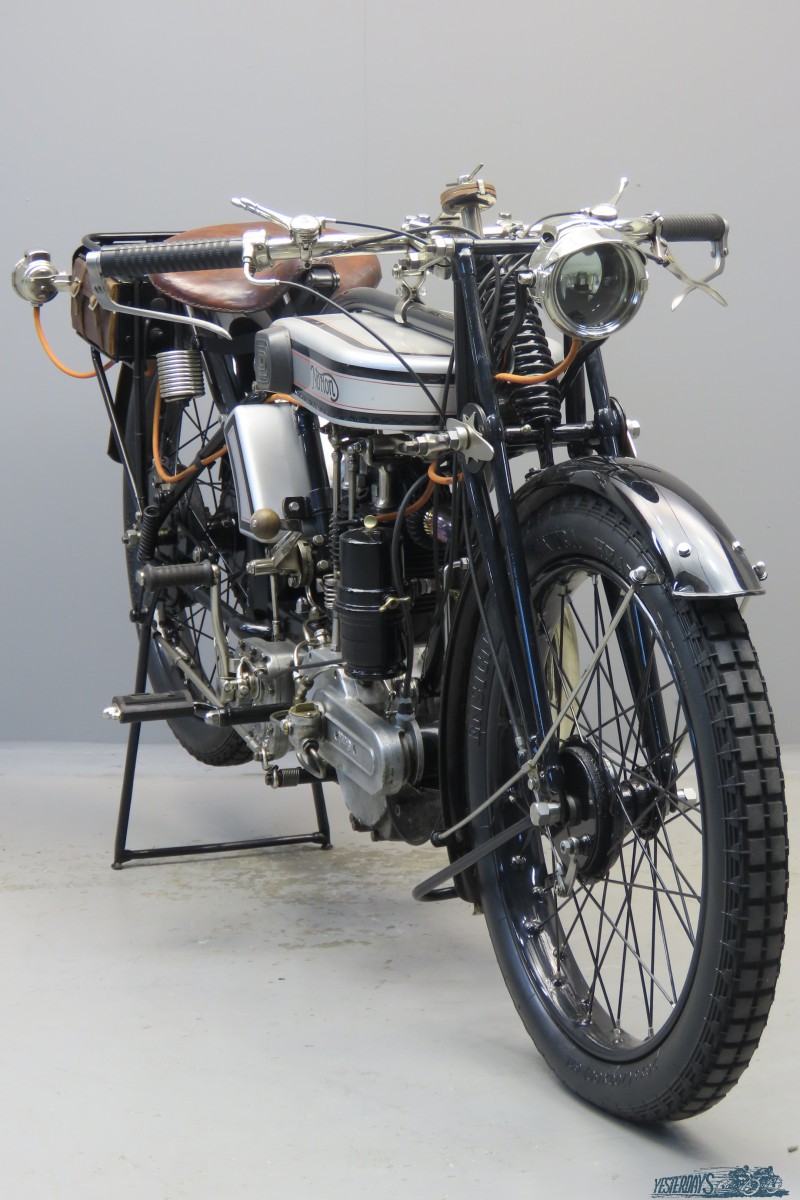 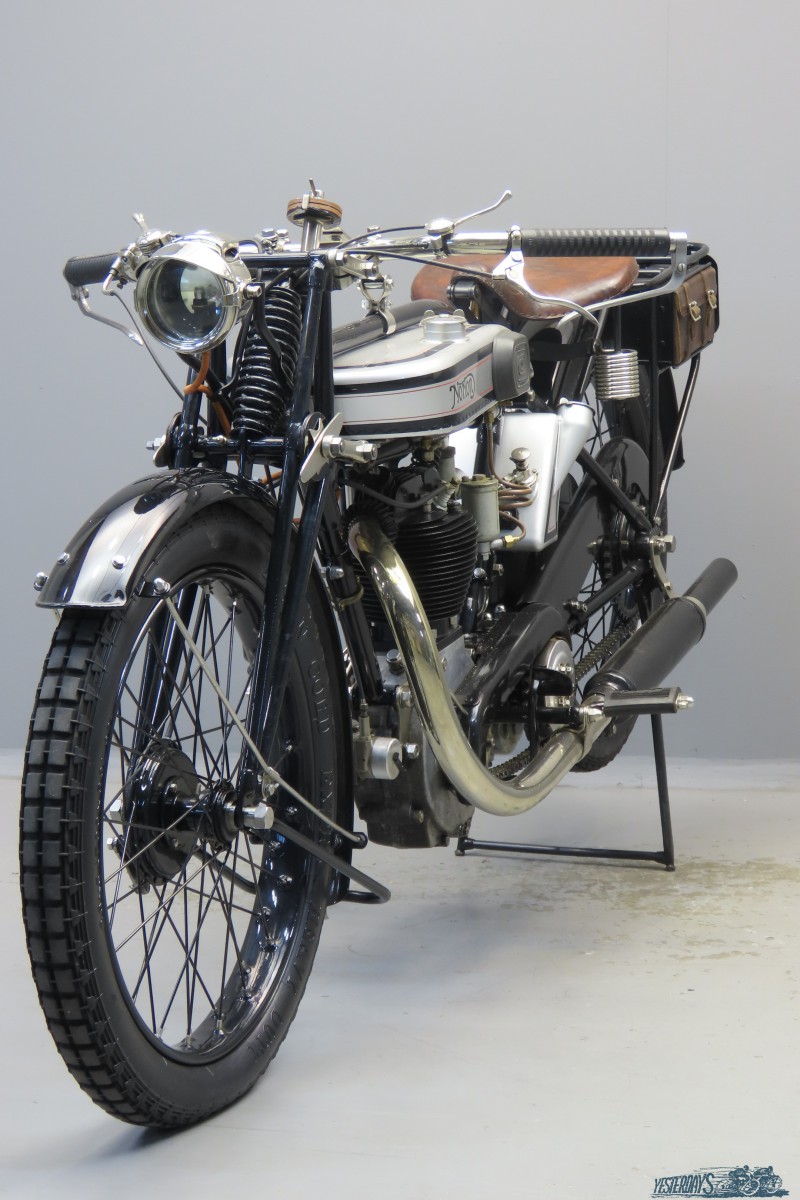 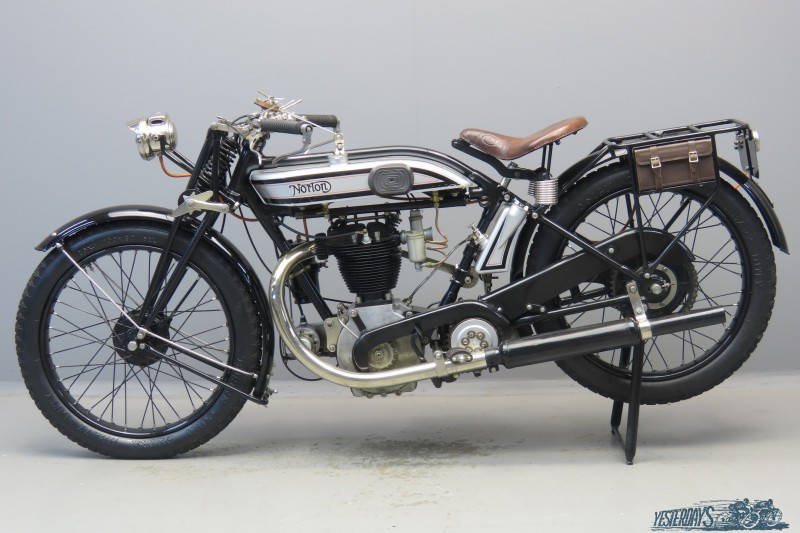 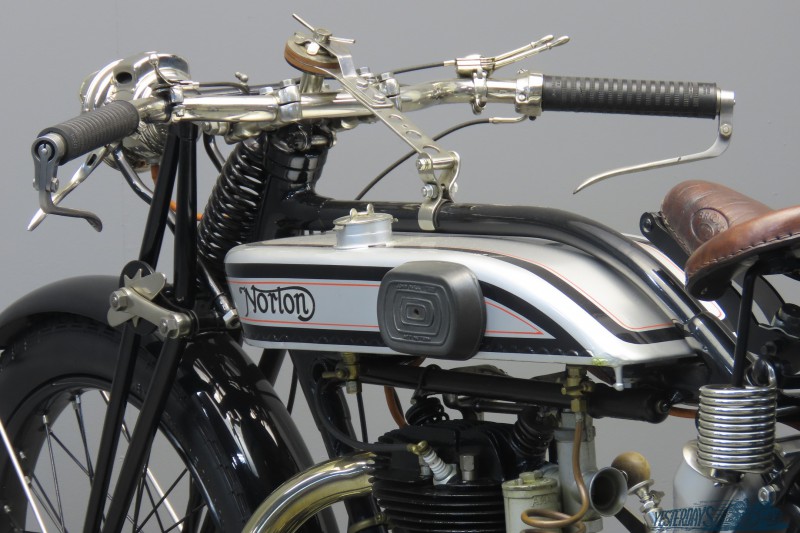 Like the majority of their contemporaries, Norton relied on the side valve engine until the 1920s, when the existing and well-tried 490cc unit was used as the basis for the firm’s first overhead-valve design. Penned by James Lansdowne Norton himself and first seen in prototype form in 1922, the overhead-valve Norton made little impact in that year’s Senior TT, though at Brooklands D R O’Donovan raised the world 500cc kilometre record to over 89mph using the new motor. For 1923 the OHV model was catalogued as the Model 18. At its introduction it got the factory code word of “Speedy”, which certainly showed some foresight: speeds up to 100 mph were attainable with carefully tuned engines. In the course of 1923 a number of speed events were won, but in 1924 the Model 18 really showed what it was capable of. In June Alec Bennett won the senior TT on a model 18 with an average speed of 61.64 mph; the sidecar TT was won by George Tucker on a 588 cc version of the model. Both the French and Belgian GPs were won, and Bert Denley captured the coveted British One Hour Record at 87.07 mph. In 1925 a new drum brake and Webb centre spring forks were new features; also a mechanical oil pump on the magneto drive cover was added.

This M18 was dispatched on February, 24 1925 to a Mr. G.W. Gillcrist in Bromsgrove. He and his wife had used it for their honeymoon in 1928 and he then used it with a sidecar for 20 years to deliver milk. At weekends he would fit a double adult sidecar body and take the family out for runs. In 1946 the bike was laid up and put in a shed on the farm; the owner could not bear to part with it, only selling it 19 years later. The former owner bought it around 2005 and the ground-up full restoration took almost ten years. The fascinating story of the machine’s early history and restoration process can be read in the May 2020 issue of Vintage & Classic Motorcycle, the VMCC Club Journal. With the machine comes an extensive file of information with correspondence, bills, parts lists and maintenance manual et cetera. There’s also a copy of a Motor Cycling road test from December 1926 of the “4.9h.p. Norton”. The tester came to 77mph top speed and the four speed gearbox was praised: “by careful handling of the controls one could run at about 10 m.p.h. on top gear and accelerate from that speed without changing down.” The power output was given as 18.5hp @5,000rpm and the tester’s conclusion was “In brief, our opinion of the machine was that for ordinary riding its performance was more likely to be limited by the rider’s capacity than the machine’s capabilities. “

This potent ohv sportsman’s mount comes with ML magneto, Lucas acetylene lighting, bulb horn and André-type steering damper. Currently a new old stock Amal 276 carb is fitted but the original Brown & Barlow carb has been refurbished and is available with the machine. This Norton has seen regular use in vintage club runs and is an excellent performer.