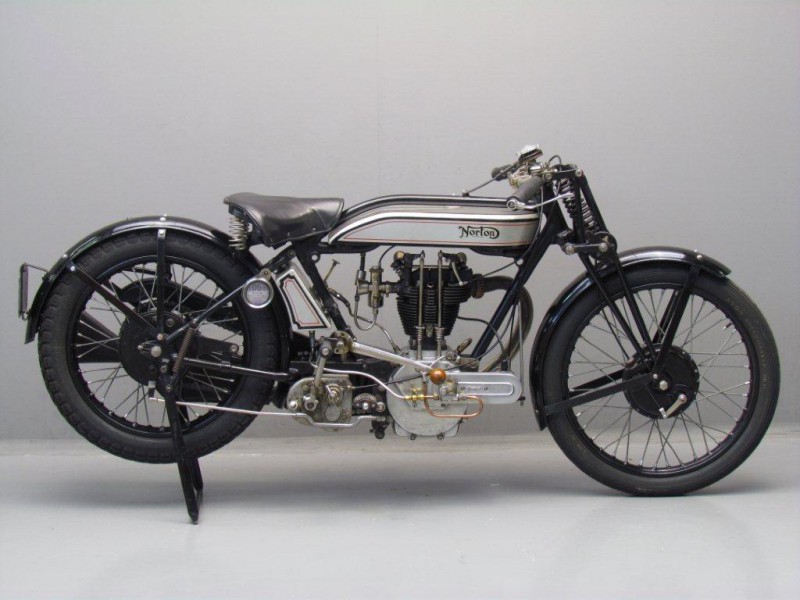 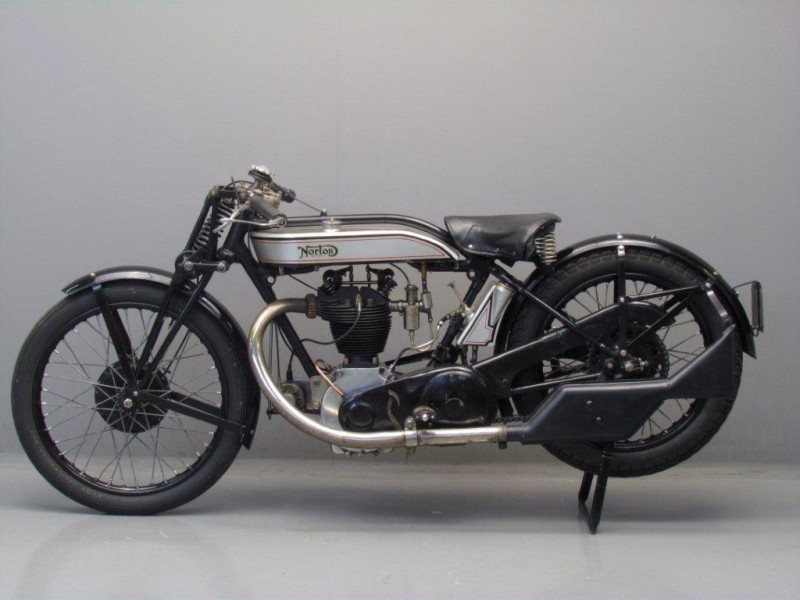 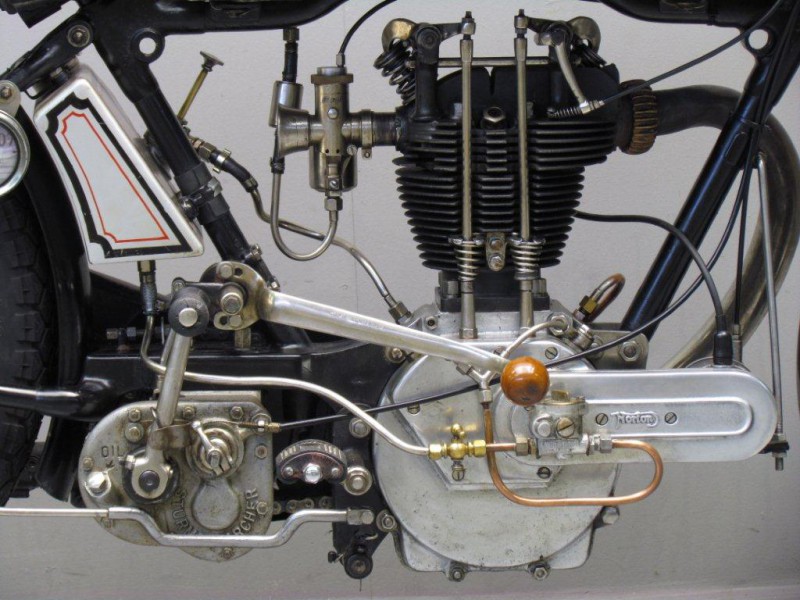 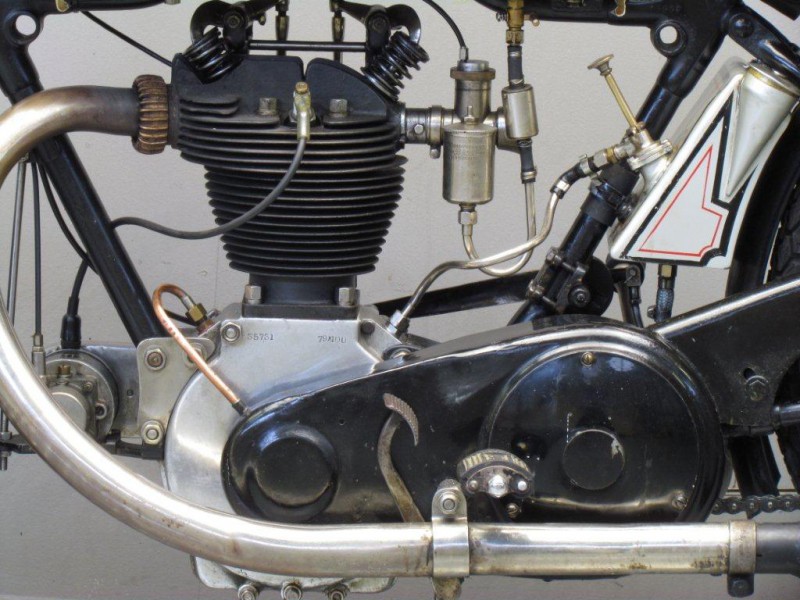 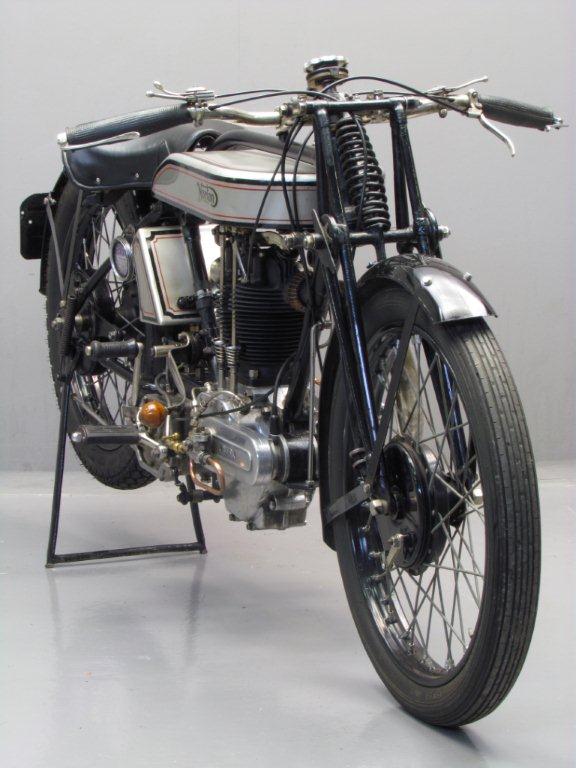 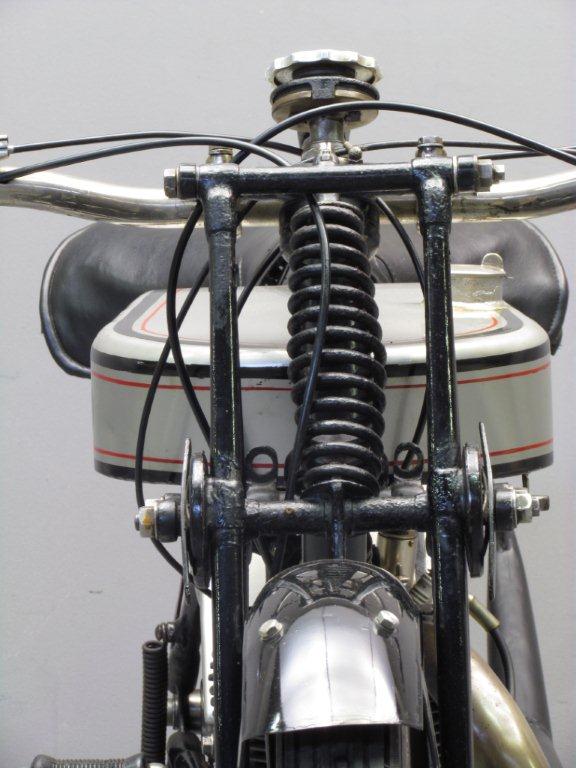 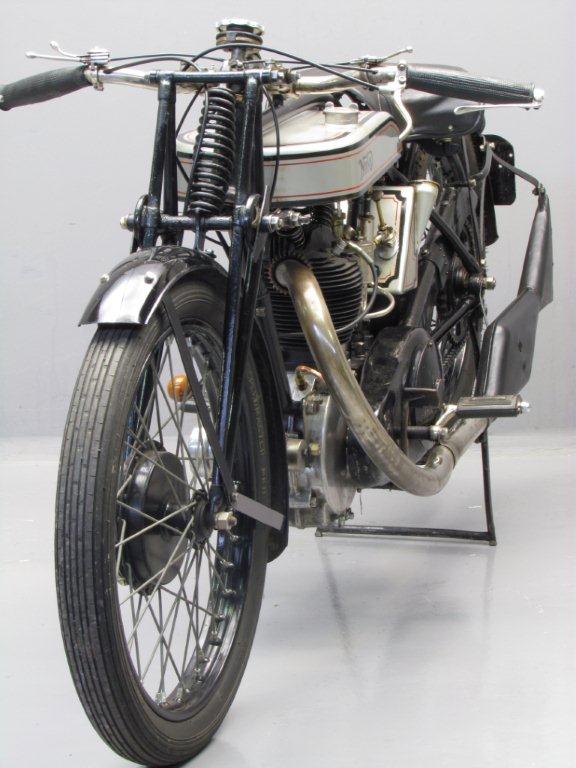 By the end of 1922  the first OHV model Norton was brought out, the 490 cc  Model 18.
At its introduction it got the factory code word of “Speedy”,  which certainly showed some foresight: speeds up to 100 mph were attainable with carefully tuned engines.
In the course of 1923 a number of speed events were won, but  in 1924 the Model 18 really showed what it was capable of.
In June   Alec Bennett won the senior TT  on a model 18 with an average speed of  61.64 mph; the sidecar TT was won by George Tucker on a 588 cc version of the model.
Both the French and Belgian GPs were won, and  Bert Denley  captured the coveted British One Hour Record at 87.07 mph.
In 1925  a new drum brake and  Webb centre spring forks were featured; in 1926 the Model 18 got a mechanical oil pump which was fitted to the magneto drive cover.
This magnificent sports OHV has been restored a number of years ago and  is in good mechanical condition throughout.