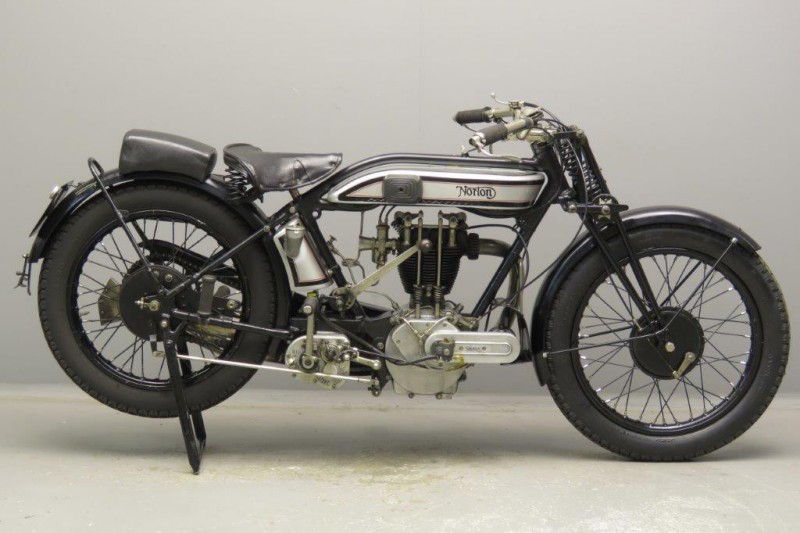 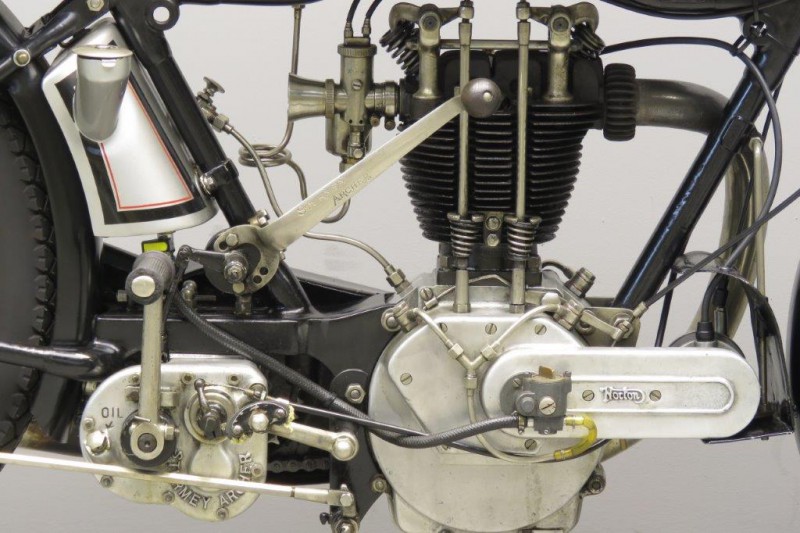 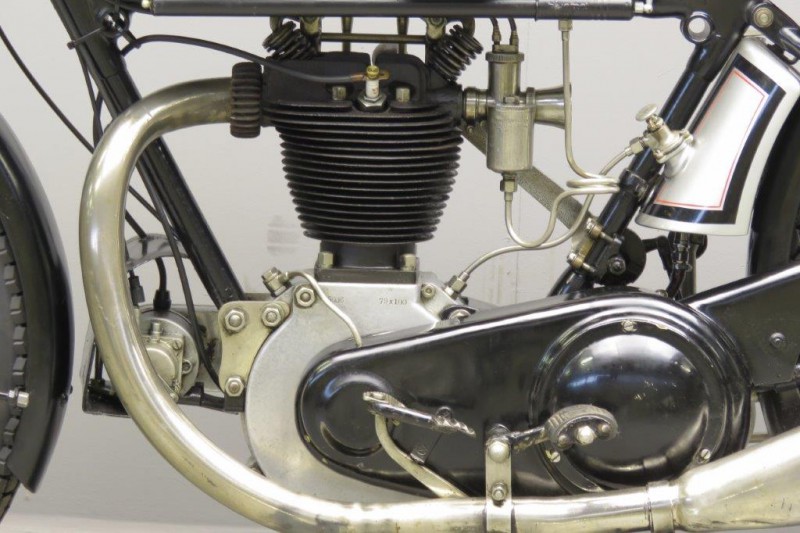 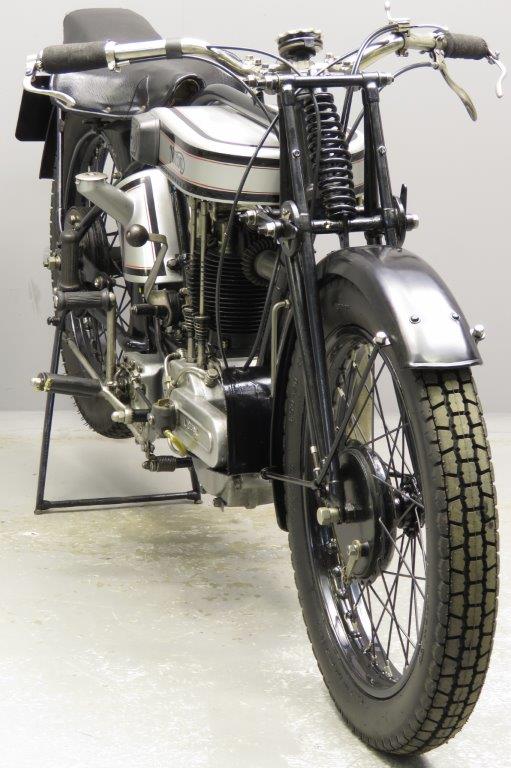 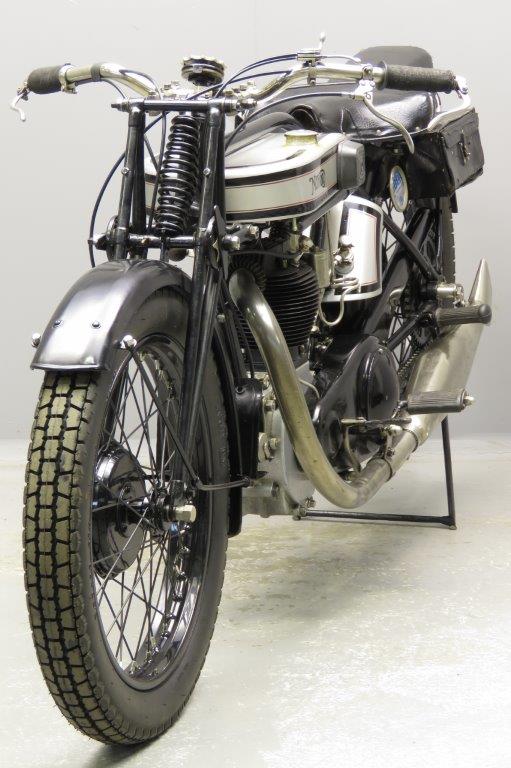 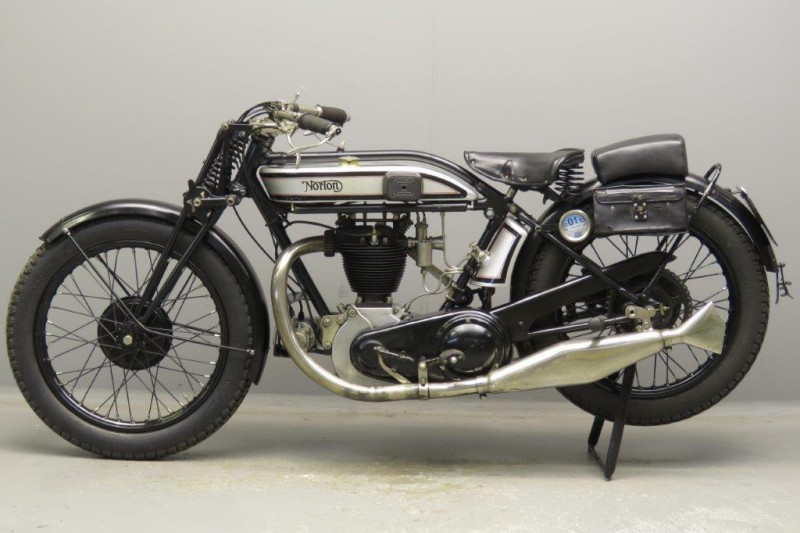 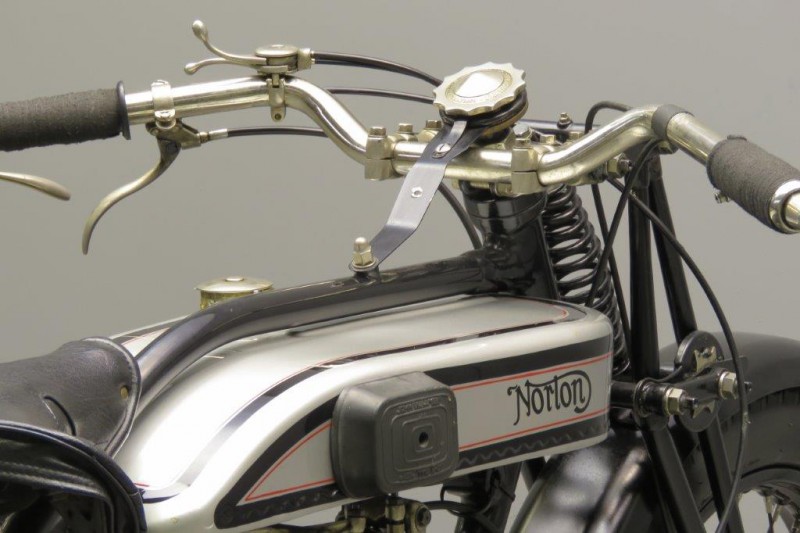 The first OHV model Norton, the 490 cc Model 18, was brought out towards the end of 1922.
At its introduction it got the factory code word of “Speedy”, which certainly showed some foresight: speeds up to 100 mph were attainable with carefully tuned engines.
In the course of 1923 a number of speed events were won, but in 1924 the Model 18 really showed what it was capable of.
In June Alec Bennett won the senior TT on a model 18 with an average speed of 61.64 mph; the sidecar TT was won by George Tucker on a 588 cc version of the model.
Both the French and Belgian GPs were won, and Bert Denley captured the coveted British One Hour Record at 87.07 mph.
In 1925 a new drum brake and Webb centre spring forks were added and in 1926 the Model 18 got a mechanical oil pump which was fitted to the magneto drive cover.
This handsome sports OHV has been restored in the 1990s and has been enjoyed regularly since for vintage motorcycle runs and events.
The machine was dispatched from the Norton Works on November 3d, 1927 to the firm of Gibson in Lancaster with the same frame & engine numbers it bears now.
It was first registered on January 9, 1928 and has had about half a dozen owners in the past 90 years, all of whom are listed in the accompanying history file.
This file also contains 17 original tax discs from the thirties and four from the forties.
The M18 is in good mechanical condition and running well.