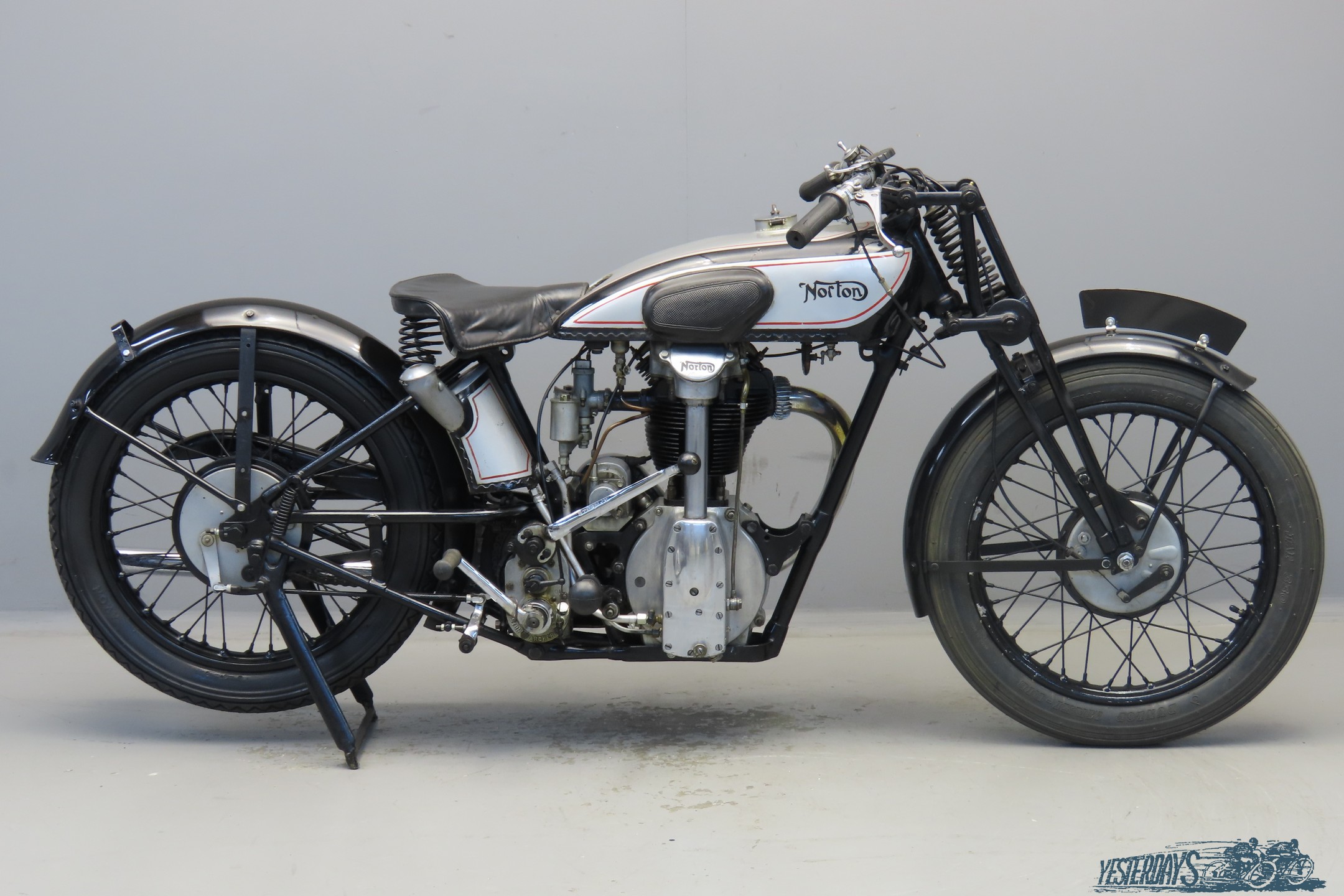 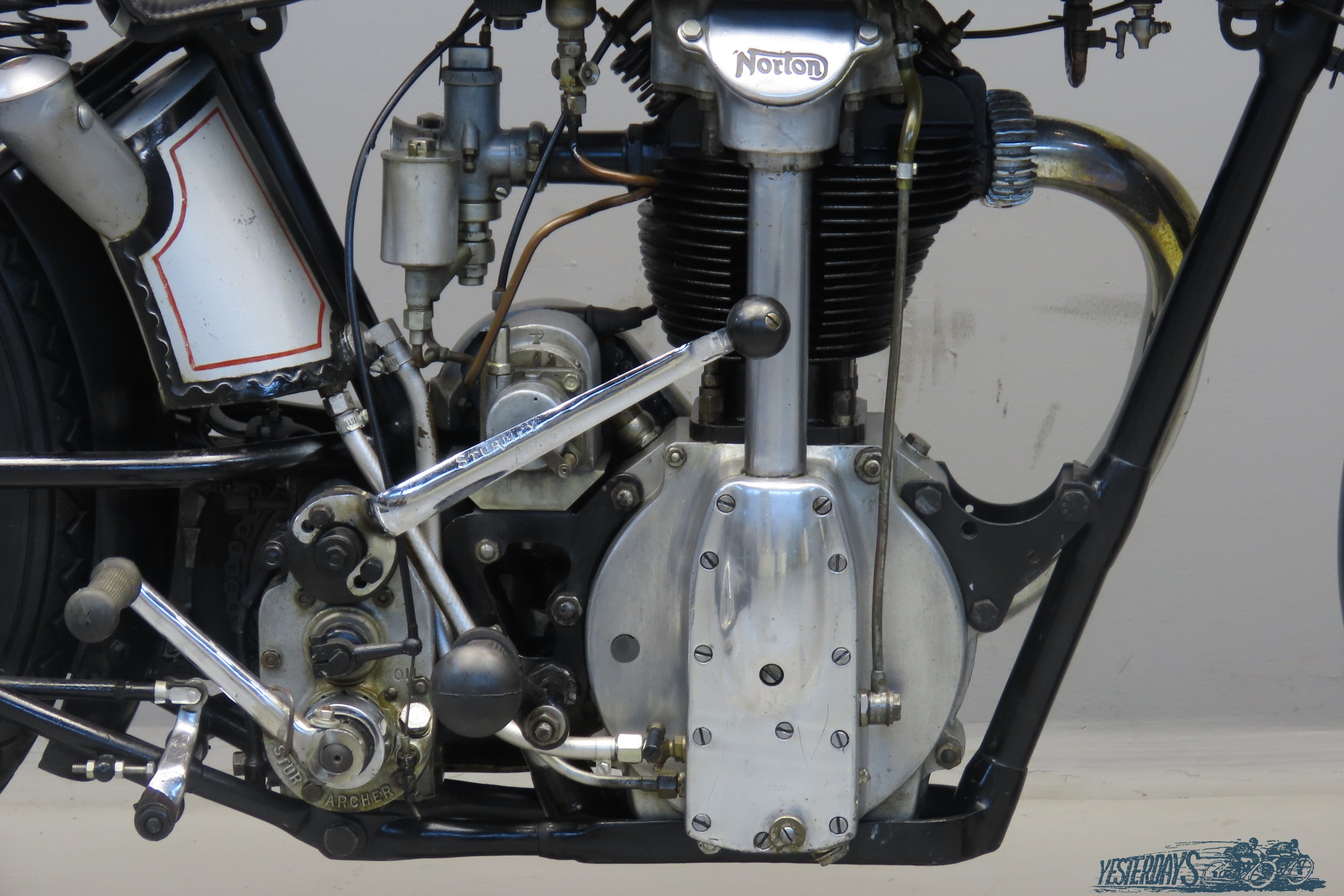 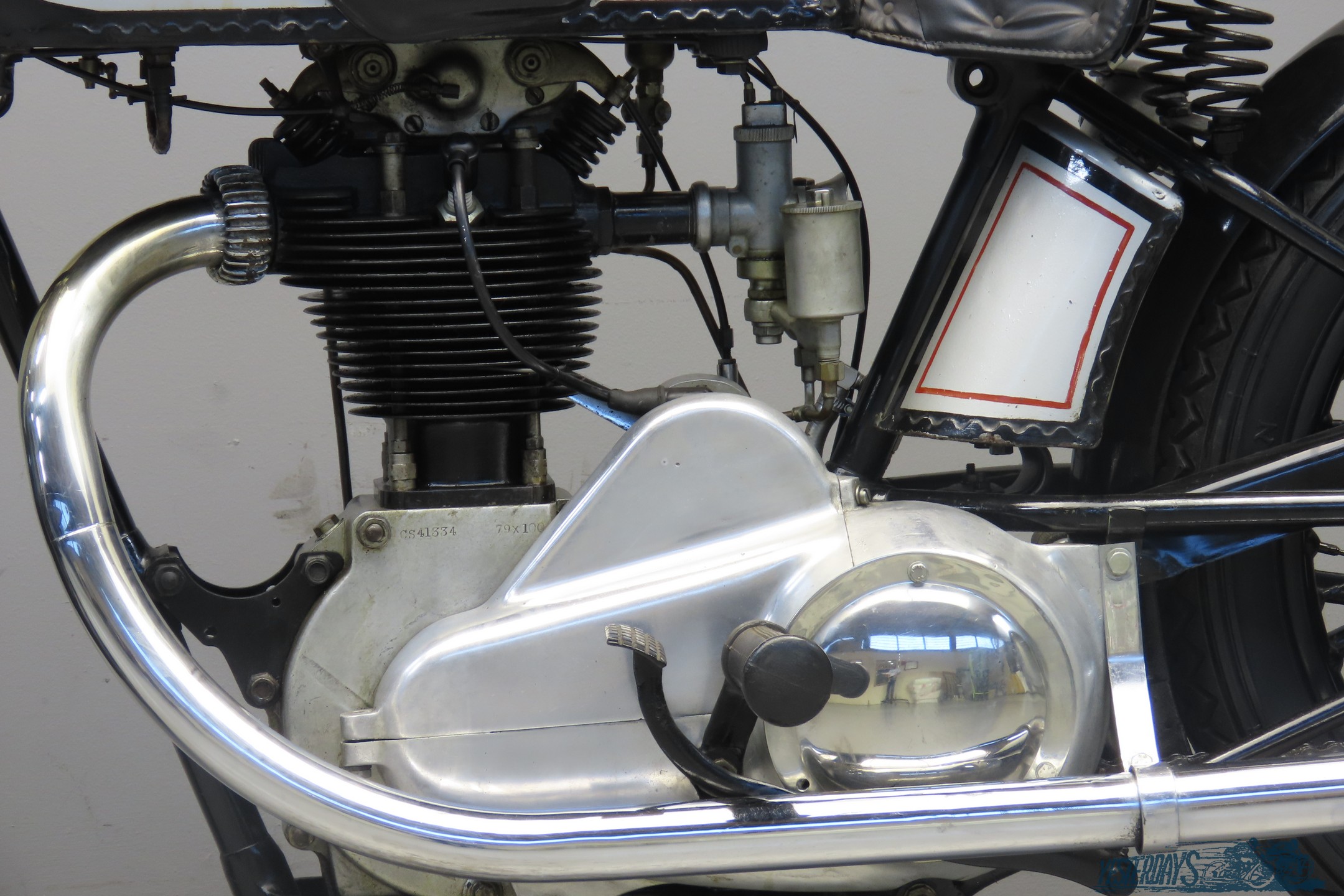 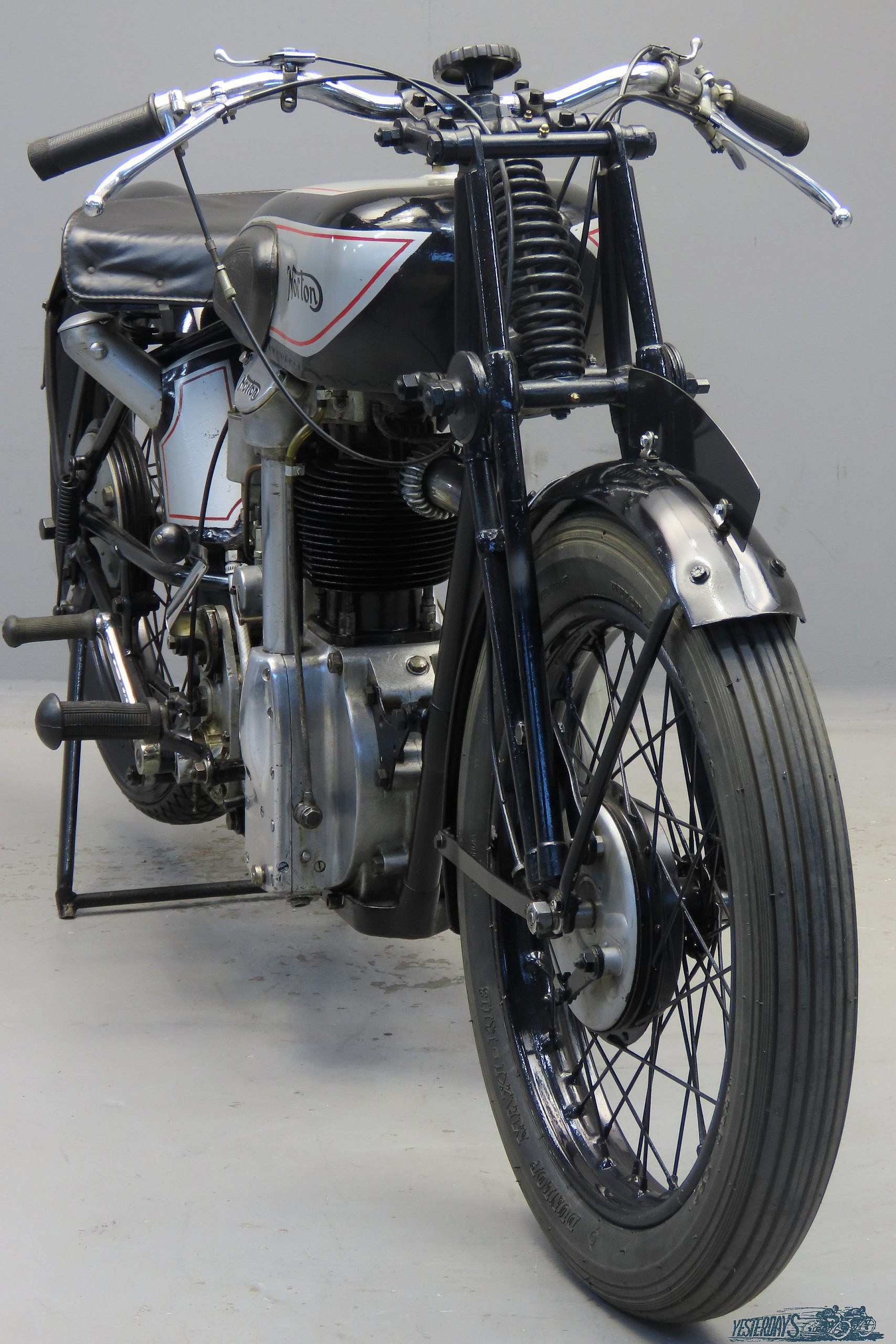 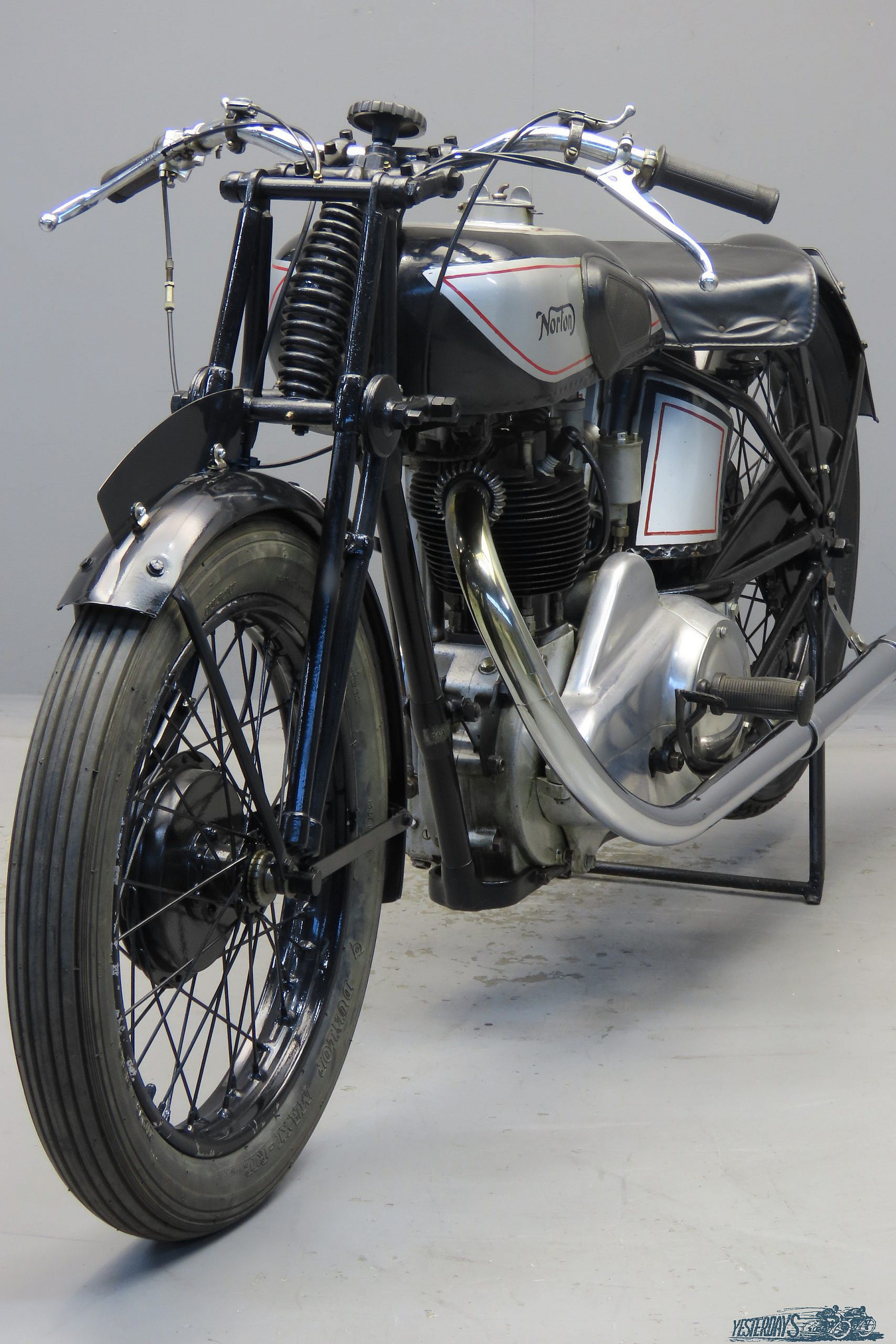 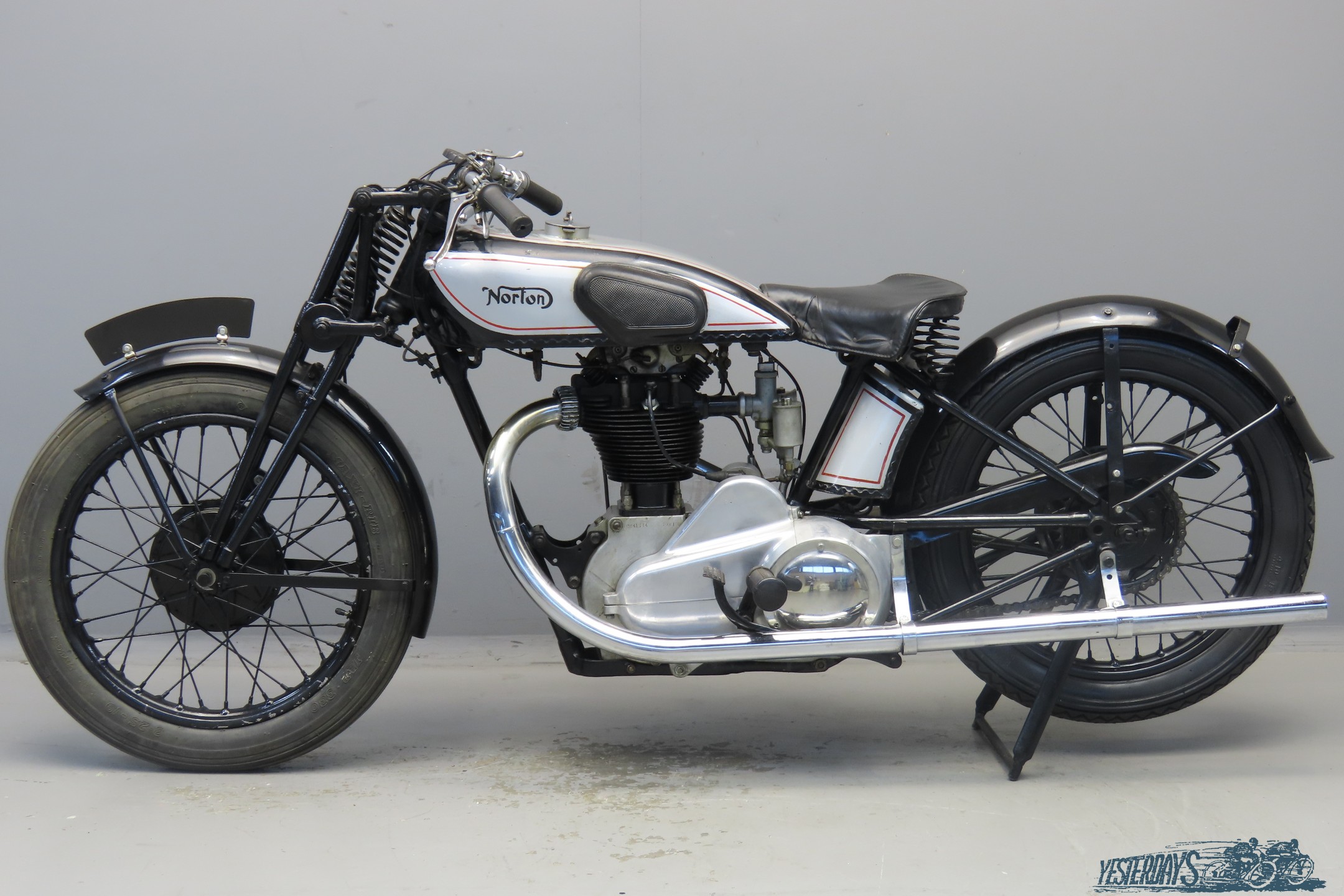 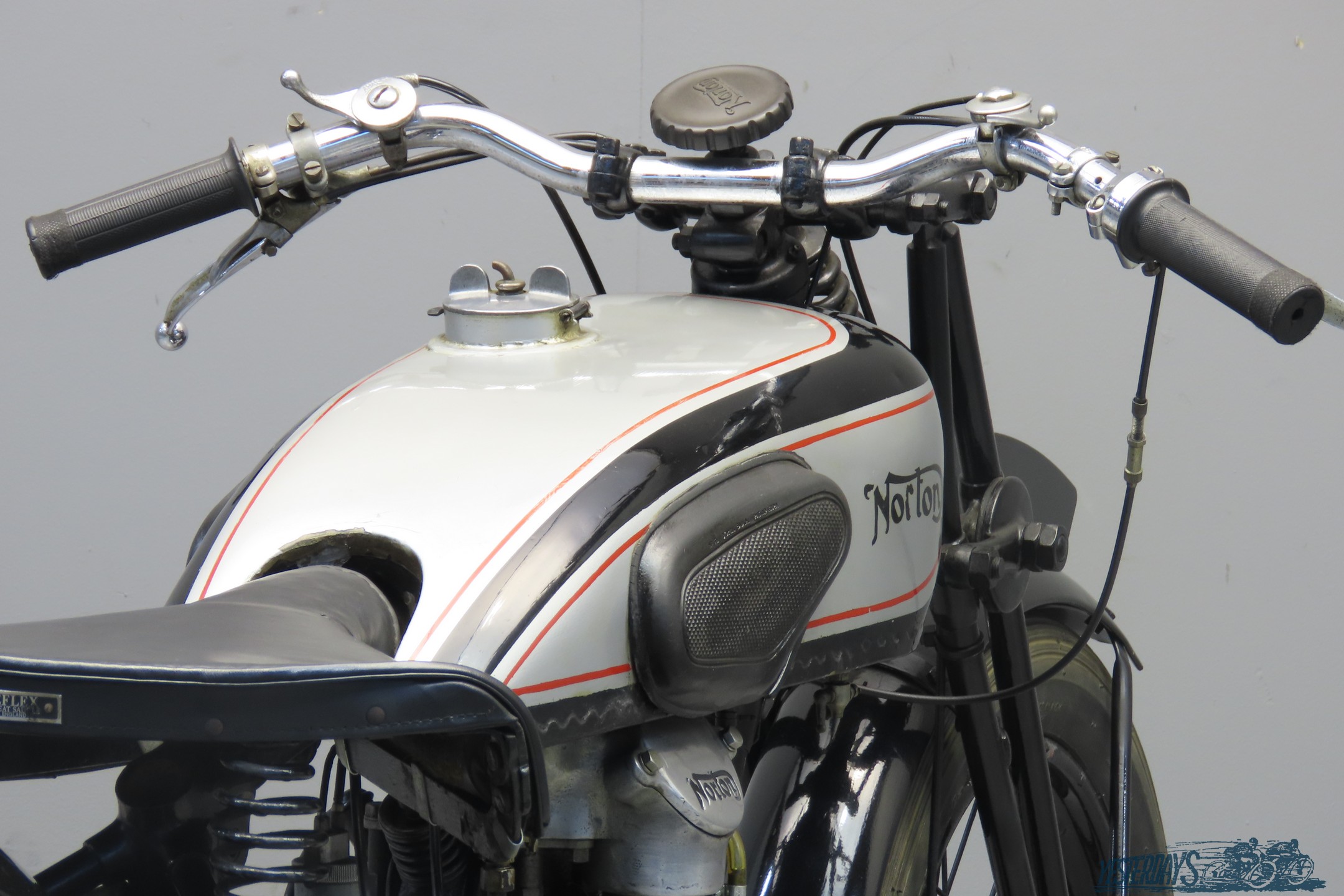 Norton had enjoyed considerable success with their OHV racing versions of the famous Model 18 from 1922. Stanley Woods won the 1926 Senior TT, there were numerous wins in the European Grand Prix and, of course, the remarkable feat of Albert Denly averaging over 100mph for one hour at Montlhery in June 1927. The opposition were however developing overhead camshaft engines and Norton’s Walter Moore responded with the CS1 (Camshaft Senior 1), which shared the bore and stroke dimensions of its OHV brother at 79mm x 100mm. A 350 engine was also made, being designated the CJ (Camshaft Junior). The bottom half of the engine was the same as the dry sump OHV engine, but two pairs of bevel gears and a vertical shaft drove the camshaft which was located in a tidy cam box mounted on the four cylinder head bolts. The frame was also new and for the first time Norton abandoned the ‘Flat Tank’ in favour of a ‘saddle’ type.
Norton fielded a strong entry for the 1927 Senior TT and they dominated the race with Alec Bennett winning after Stanley Woods had lost the lead near the end of the race with non-functioning clutch. The public were able to purchase the production version in November of that year, following its sensational debut at the Motorcycle Show at Earls Court. Produced from 1927 to 1929, the Walter Moore “cricket bat” machine (so called because the vertical shaft and its lower timing case resembles the willow of the batsman) was superseded by the International designed by Carroll and Craig. After the early 1930s redesign of Norton’s cammy models by Arthur Carroll, the CS1 became an upmarket road bike. The 500 cc CS1 and its smaller sibling 350 cc CJ1 continued on until the outbreak of WW2 in 1939.

The early “cricket bat” machines are now quite rare and only few come onto the market these days. We understand that this machine, with straight-through exhaust and twin float chamber carburettor, was regularly used for parade laps on race tracks. She is an older restoration that has not run for a couple of years so she will need recommissioning.