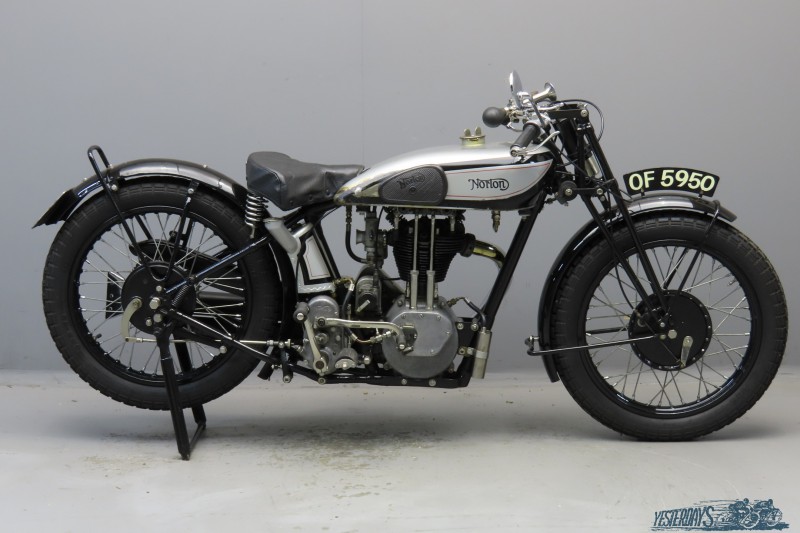 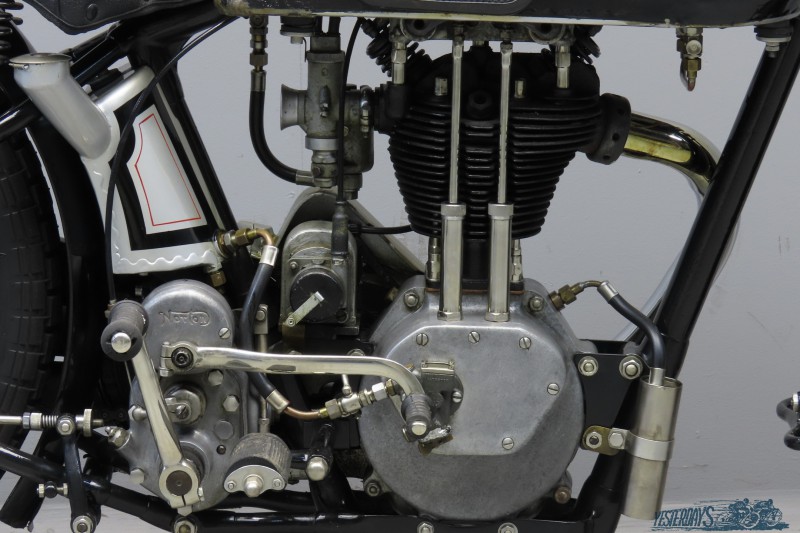 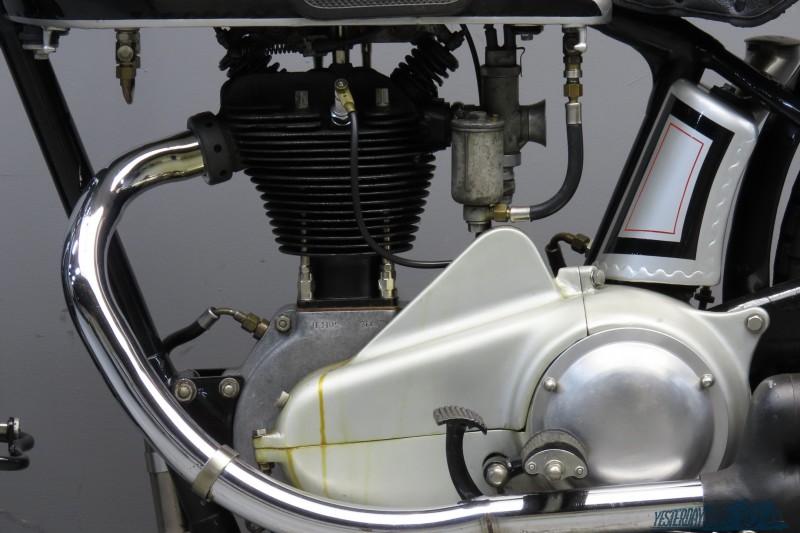 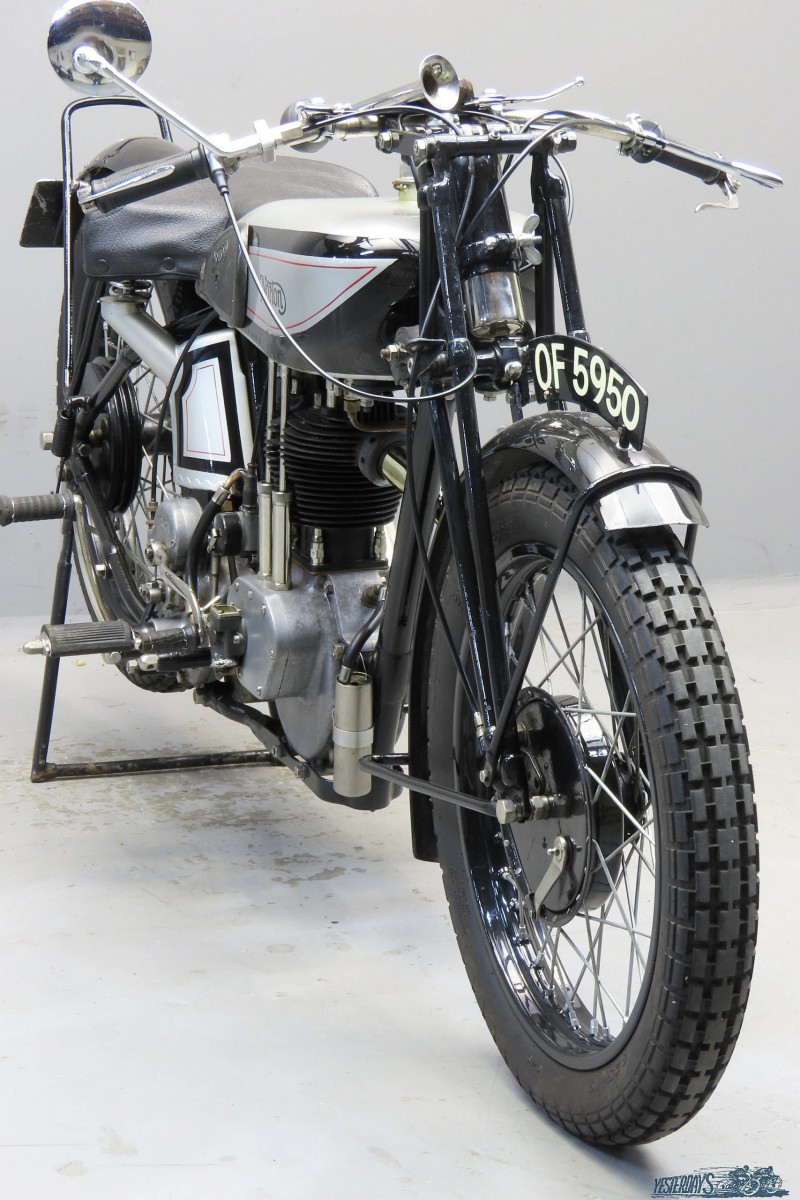 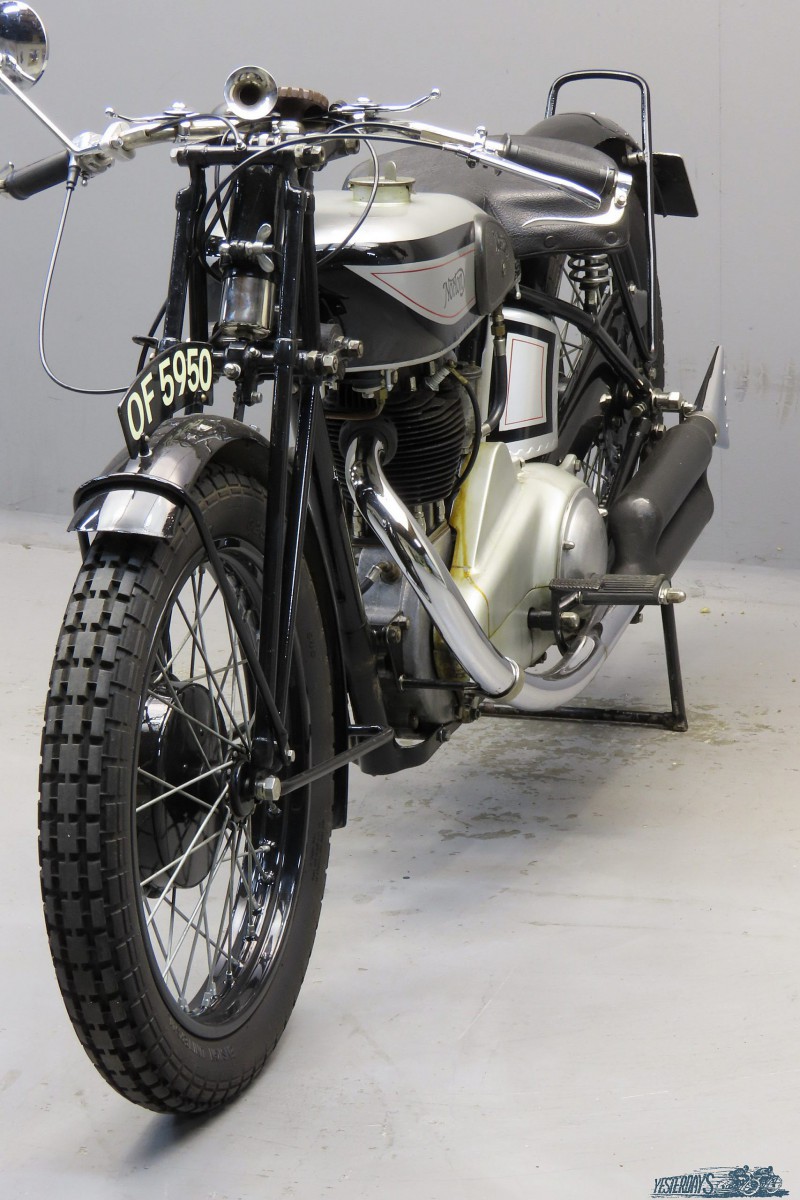 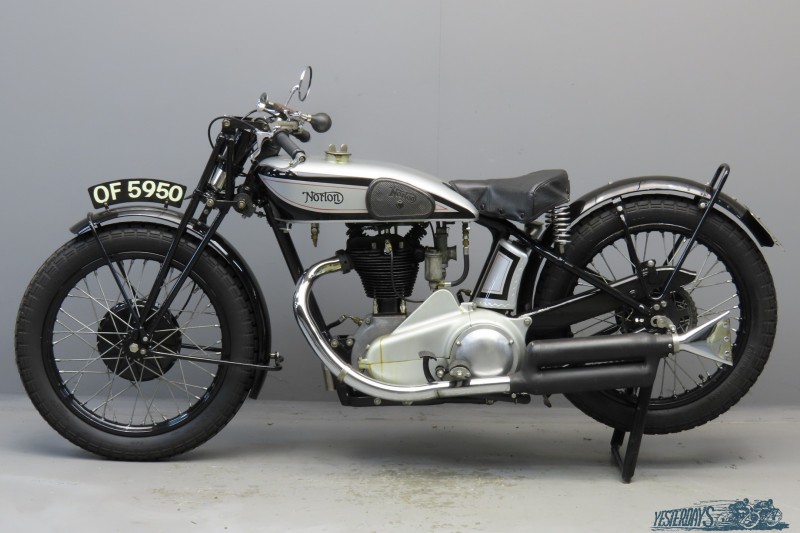 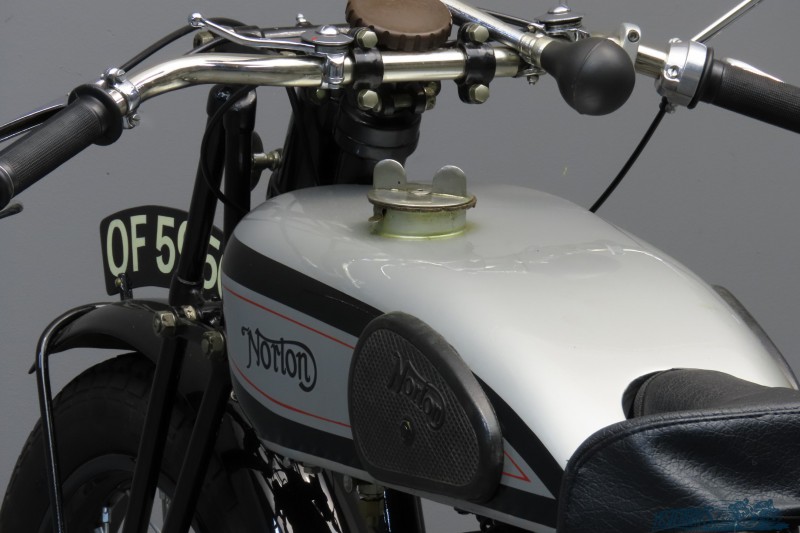 Norton’s first OHV model was the Model 18 that was first brought out in 1923. For the 1928 season a new model OHV was marketed, based on the successful new OHC racer that would be marketed as the CS 1. The new OHV had the cradle frame of the CS1 and was designated ES2; it was basically the pushrod Model 18 engine, but with its pushrod return springs enclosed. By the end of the 20s the factory decided that some models in the upcoming 350cc class would be a good extension of the Norton range so for the 1929 model year two such machines were introduced under the heading “Norton Junior”. The “CJ” was the junior version of the 490cc CS1 and the “JE” was the 348cc version of the ES2. Both machines had a 71x88mm bore x stroke engine and shared the same cycle parts such as a 3-speed hand-change gearbox, 7 inch brakes, double chamber silencers and DESL (Druid Enclosed Spring) front forks. The JE was only catalogued for three years and was sold in very moderate numbers. Not surprisingly perhaps when you consider that this 350 had a price tag of 64 pounds, almost 5 pounds more expensive than the 500 Model 18. The JE is one of the rarest of Norton’s pre-war production roadsters, according to NOC information only five machines are known to be in running condition.

According to the Norton factory records this JE was despatched on April 16, 1929. The duplicate logbook on file that was issued in 1947 shows that the machine was then registered in Coventry but moved to Leicester later that year and stayed there with various owners till the 1960’s. The machine ended up in a shed with some other bikes and was bought by two vintage bike enthusiasts for the princely sum of one pound and 10 shillings. The bike was put in rideable condition and used for various vintage club events. Later on a full restauration was taken up. The original 3-speed hand-change gearbox had been replaced by a 4-speed foot-change doll’s head box to make it more rider- friendly. The magneto was also replaced by a more modern instrument. Both the original gearbox and the original ML magneto are still with the machine. The August 2014 issue of Old Bike Mart which is on file contains an article that describes in more detail the history from this Norton from the 1960s on. Other documents on file include a copy of the 2018 Norton Owners Club calendar that features the JE, VMCC extract of Norton factory records, photostat copies of sales literature and maintenance manual, 1947 continuation logbook and various letters, notes and invoices for parts ordered. This rare and sporty Norton is in excellent overall condition and running fine.