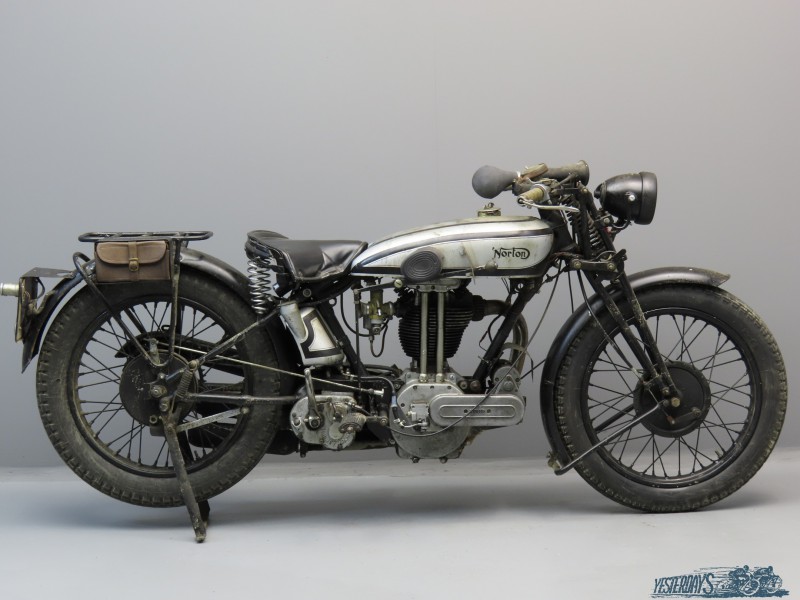 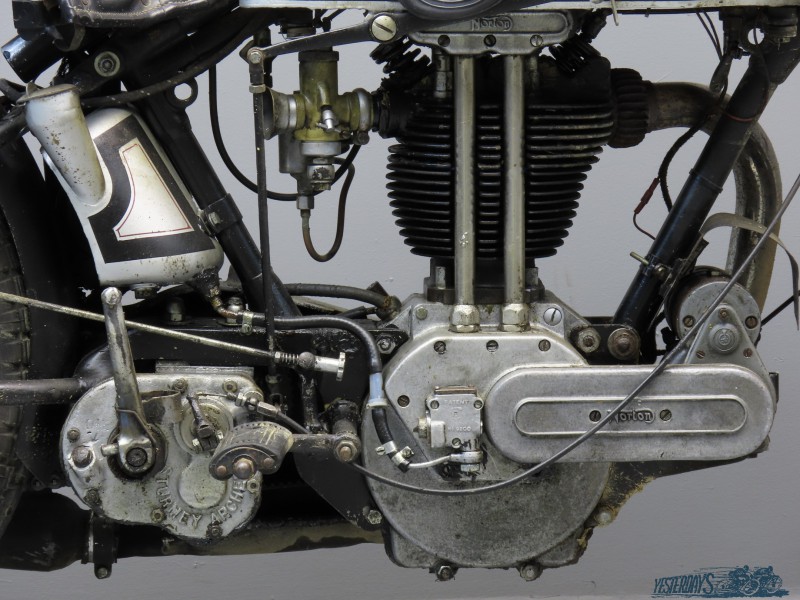 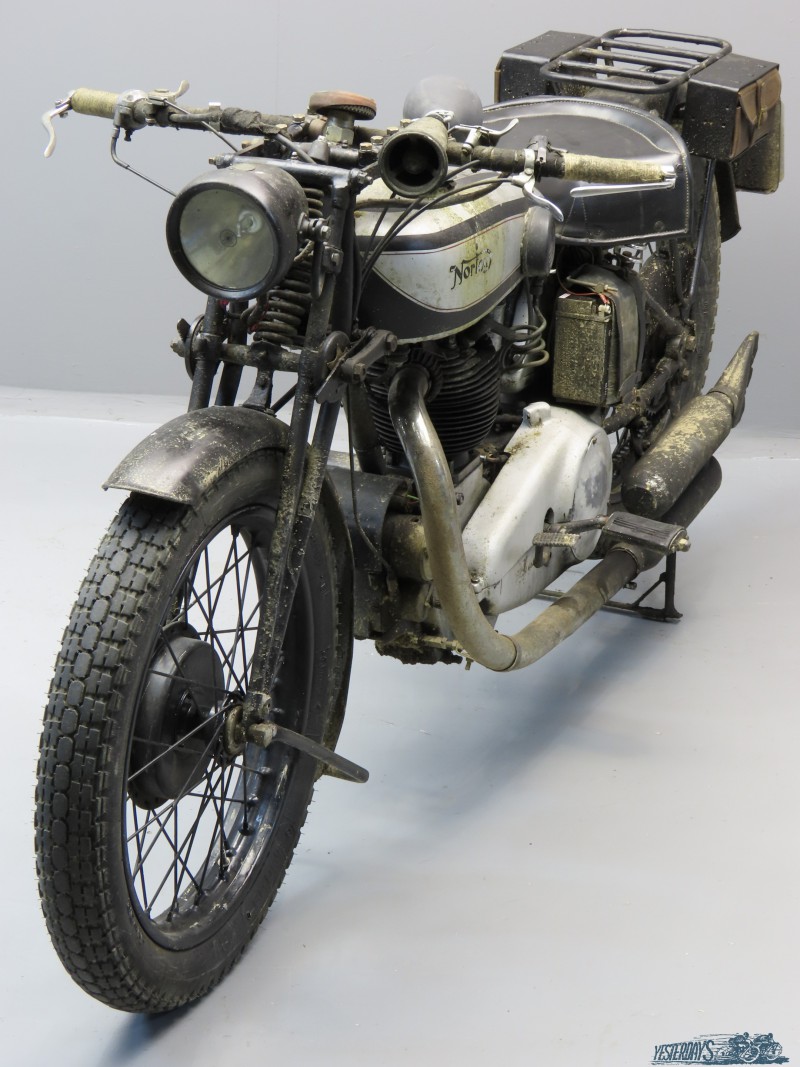 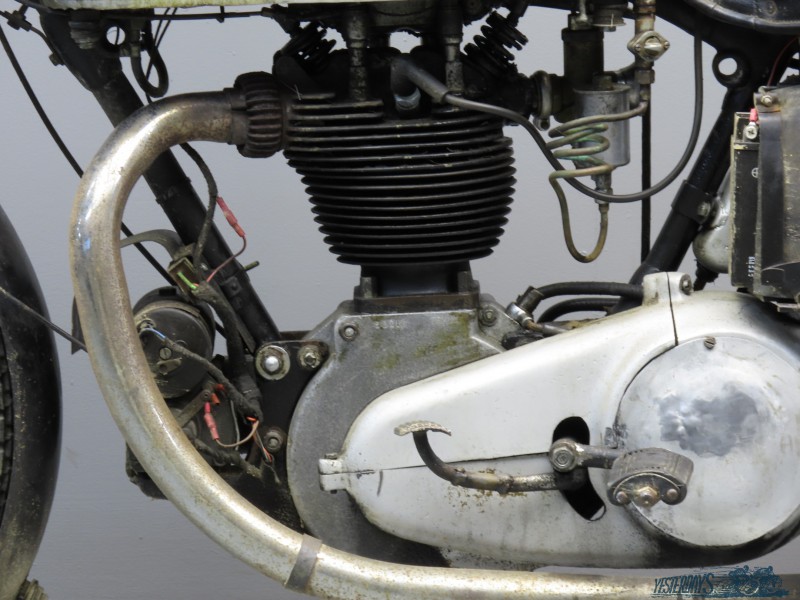 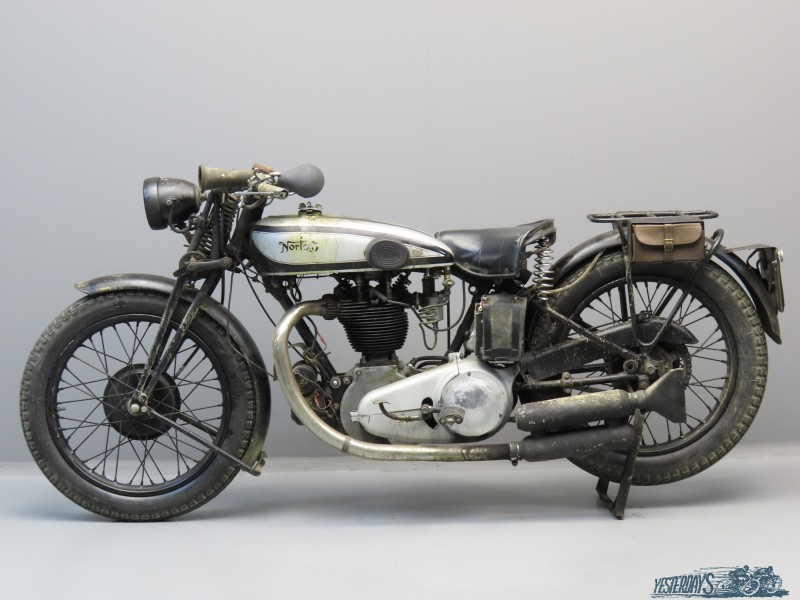 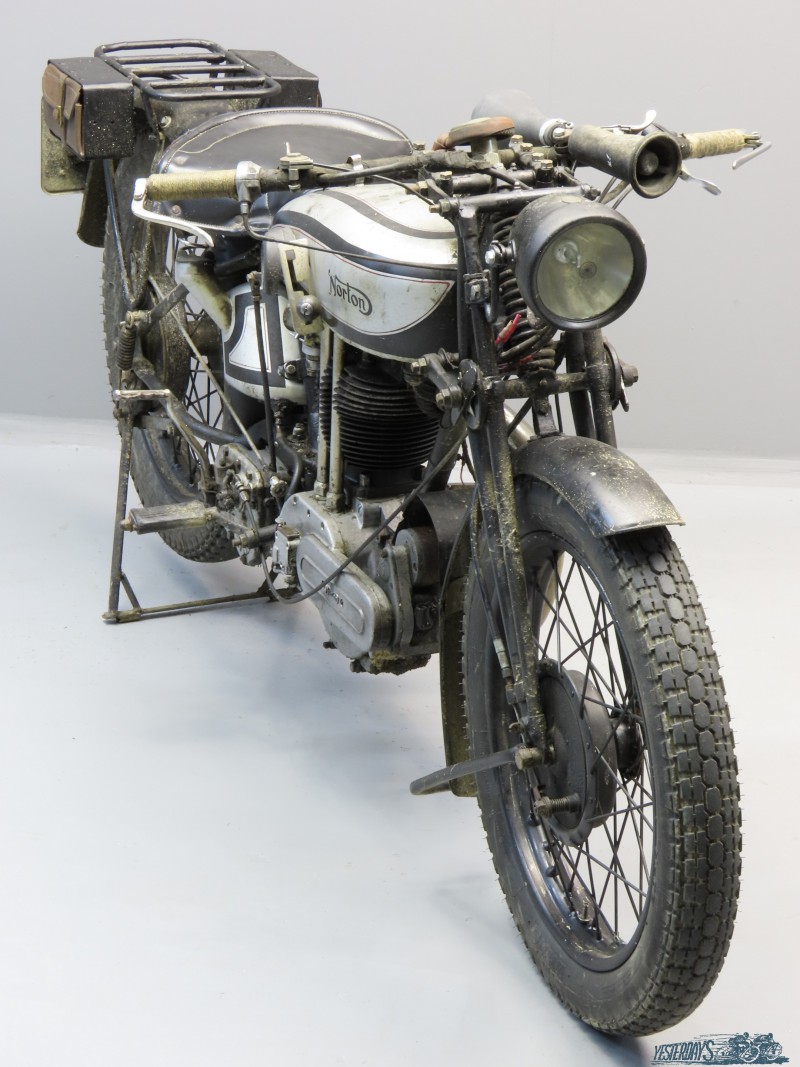 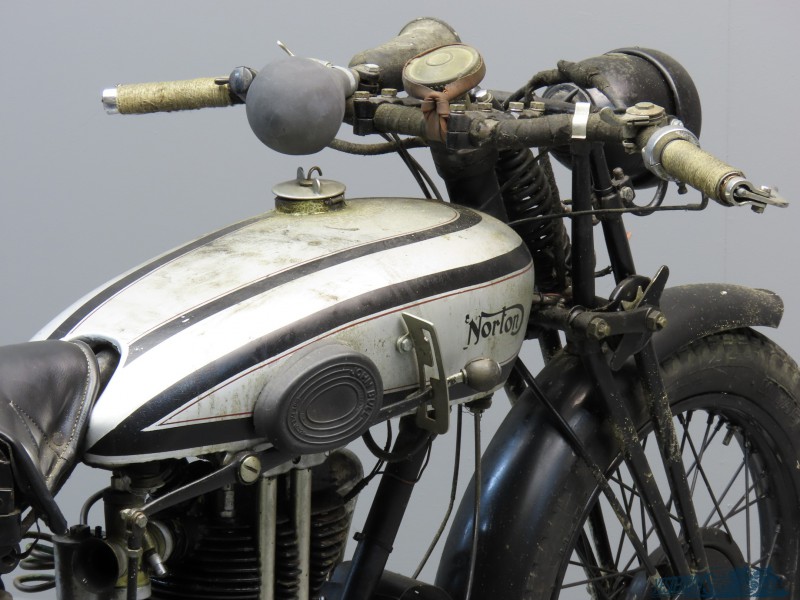 Norton 1930ca “Model 18” 490 cc OHV single frame # 21435 engine # 50216
The Model 18 is first catalogued in 1923 and improvements resulting from the racing programme are regularly incorporated into the production bikes, yet the Model 18 retains its essentially vintage characteristics until an extensive redesign in 1931. At this time Norton’s side valve and overhead valve singles adopt the rear-mounted magneto – already seen on the ES2 – and switch to dry-sump lubrication. The machine on offer is road-registered as a 1931 model because the engine number relates to that year according to the authorities, who based themselves on a list with engine numbers in the booklet “Norton Motorcycles 1928 to 1955” by Bruce Main Smith. When we take the factory model information as a lead then this machine has the general 1930 specifications with total loss lubrication system and magneto in front of the engine. The conspicuous double exhaust dampers are typical 1928-1929 and front mudguard and magdyno are later items. This Norton is a real rider’s machine: the former owner made a number of changes he considered practical for a motorcycle that was in every day use as a commuter bike. Electronic ignition was installed and the clutch and primary drive chain were exchanged for a Bob Newby clutch with toothed belt transmission. According to the former keeper about 18.000 trouble free kilometres were covered during the last few years and the Model 18 proved to be a reliable companion. As is visible from the photos the Norton was personalised- check out the handlebars and grips – and apparently the owner was not a big fan of cleaning and polishing. But this gives the machine a typical patina that will be appreciated by a number of Norton afficionados.