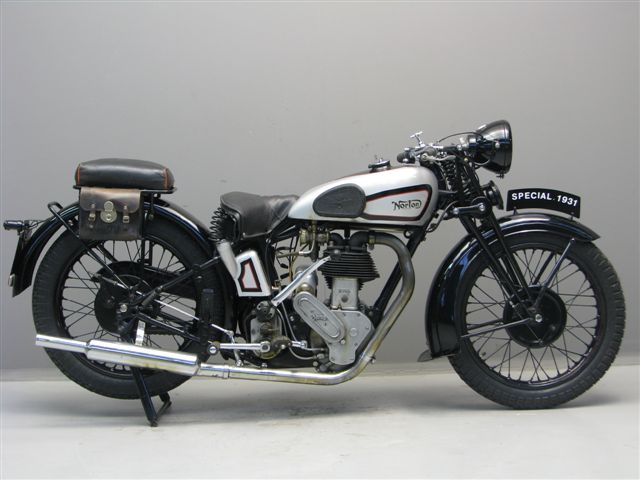 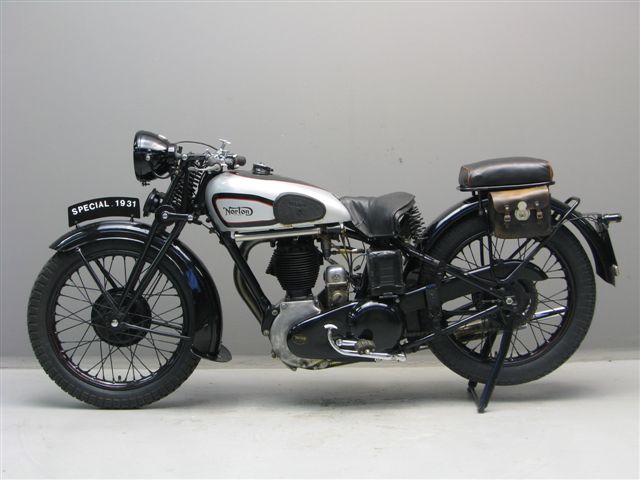 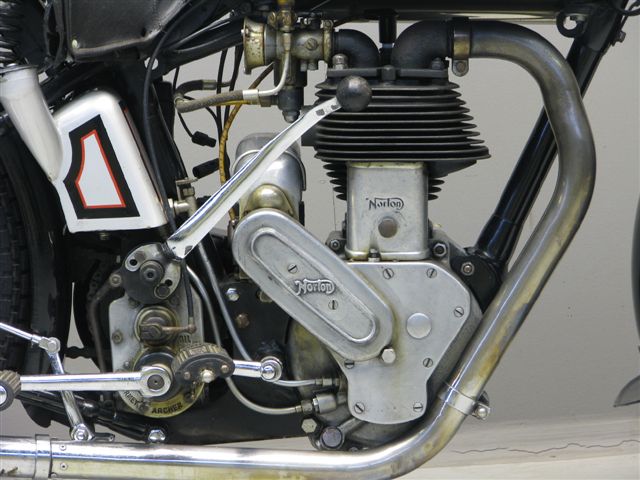 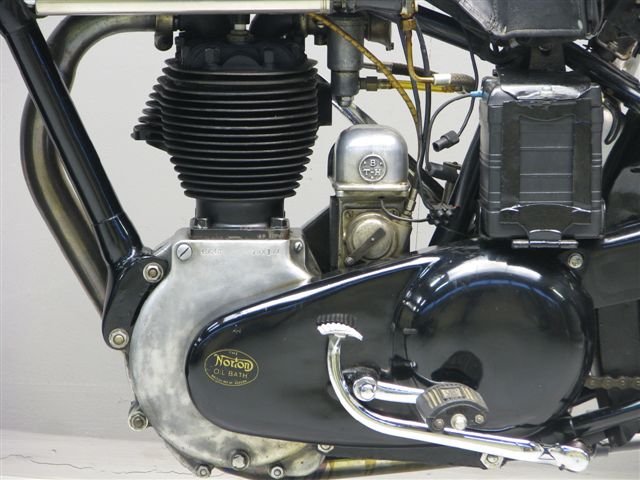 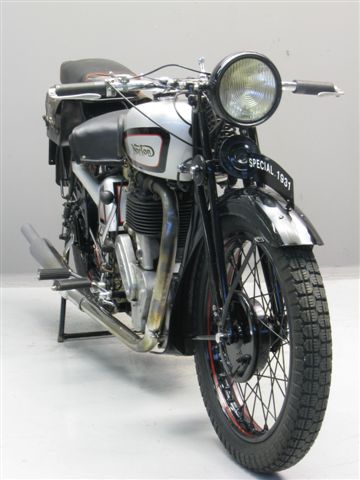 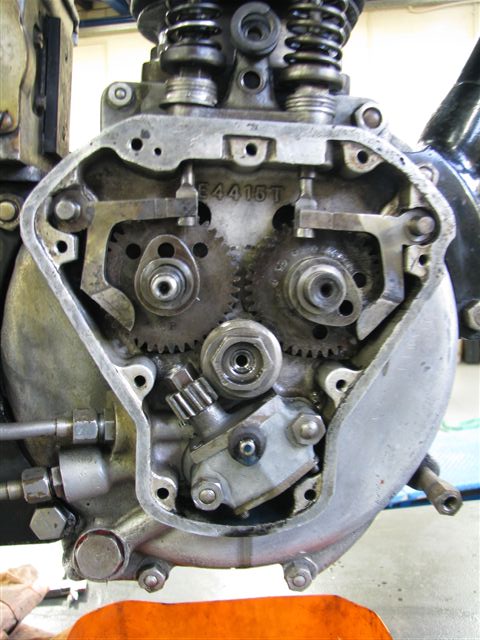 In 1921 Norton Motors moved into  new premises in Bracebridge Street, Birmingham.
The model range consisted of two simple, sturdy and beautifully finished  side valve three speeders, the 490 cc  model 16/17   and  the 633 cc  “Big 4”, and three direct belt drivers, very fast but rather outdated now and really only of interest to the real speed enthusiast.
The model 16 actually was available in a home market version, the 16 H, and a heavier built colonial version, the 17 C.
The 16 H engine with dimensions of 79×100 mm had a remarkable production run of no less than 45 years.
Keywords with this design are reliability, robustness and power.
The machine has full dry sump lubrication and cast aluminum valve spring cover.
However, the most striking feature of this machine is the conversion to OHV operation.
In an article in “Old Bike Mart” Peter Roydhouse suggests: “It was road racer Ted Mellors’ idea during WW II.
He put it to Norton who constructed this working example.
However, when they approached the Patents  Office,  Norton discovered that an American  had already patented the idea so they chose not to proceed further.
Early post was sidecar trials hero, Bill Howard, tried the engine in a Vic Brittain frame.
It ran well although the exhaust elbow ran red hot.
Its whereabouts then became a mystery.”
Well, its whereabouts are clear now and we can tell you this machine is an excellent runner.