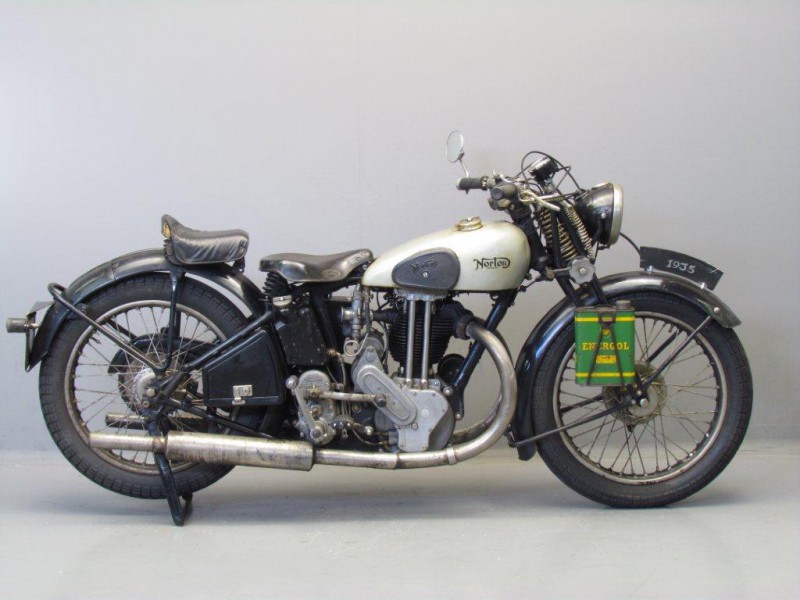 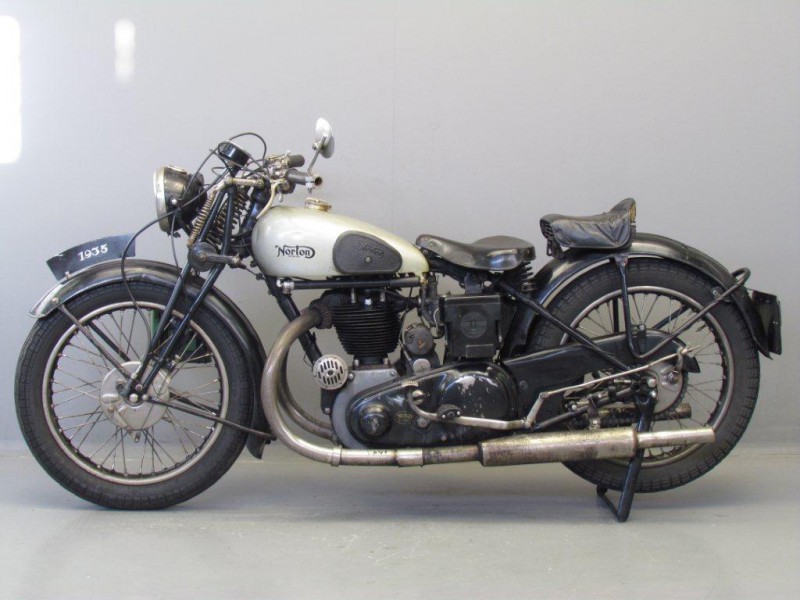 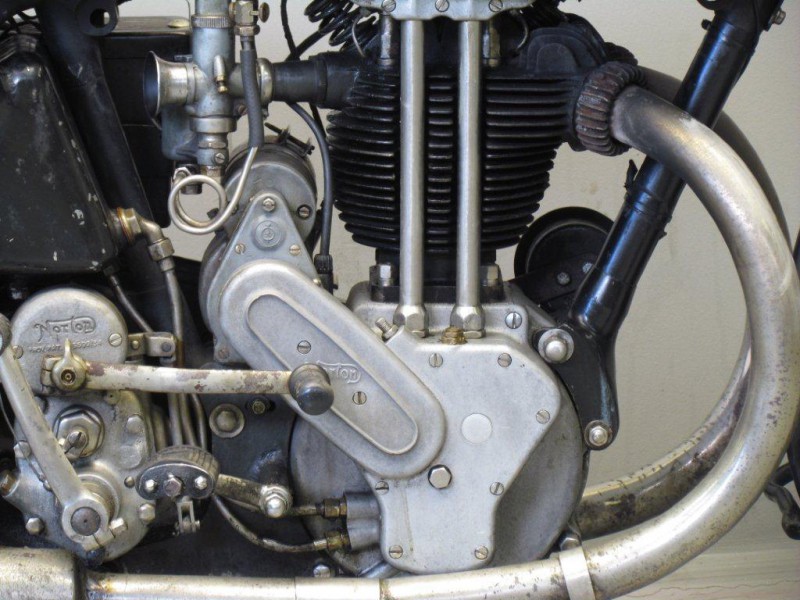 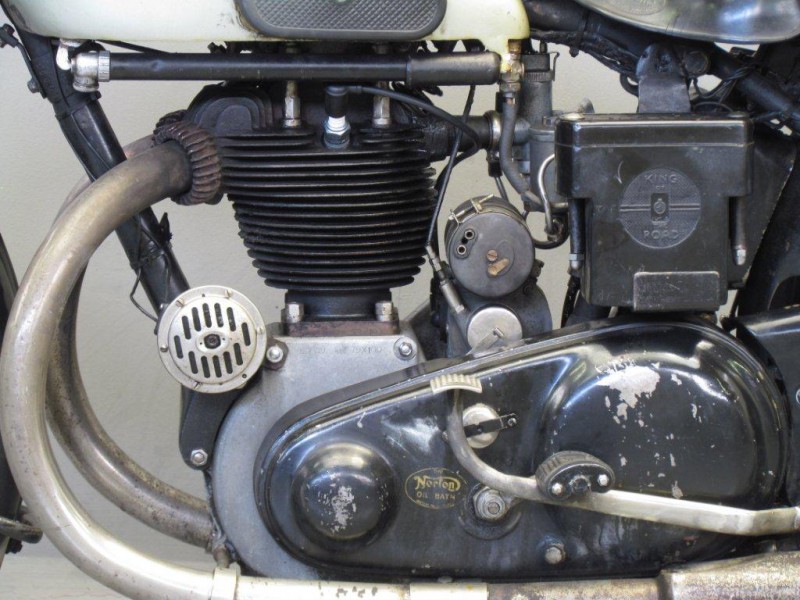 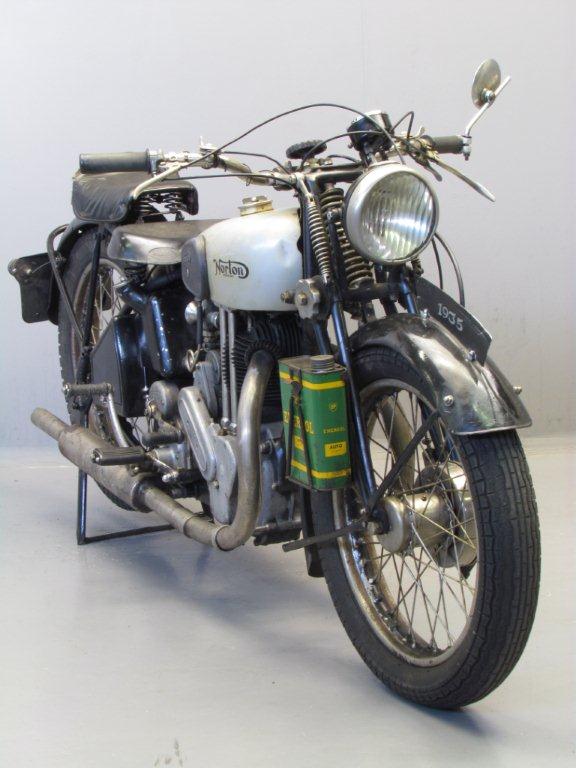 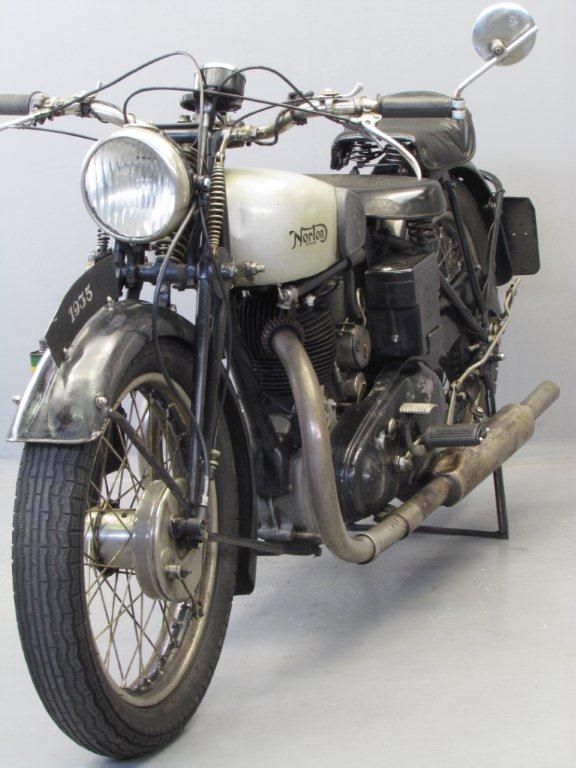 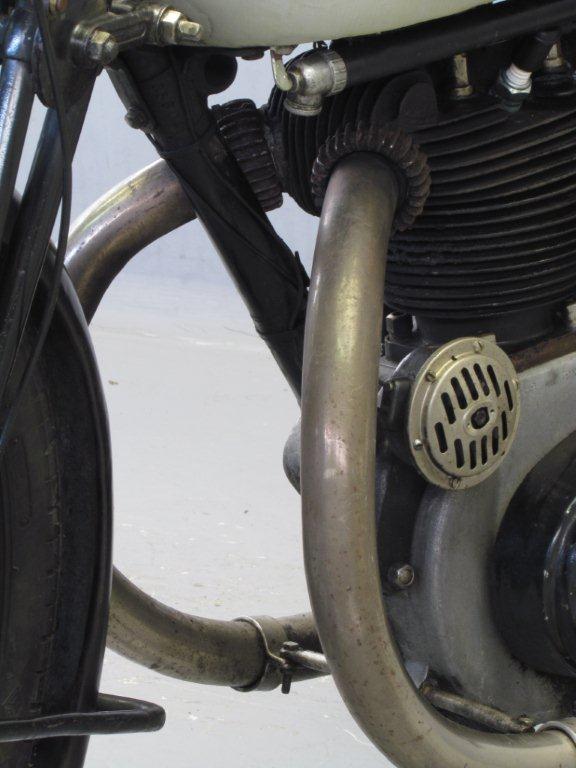 In 1923 the first OHV model Norton was brought out, the 490 cc Model 18 with bore and stroke dimensions of 79×100 mm.
A slightly more expensive twin-port variant – the Model 20 – joined the line-up for 1930. In 1931 the side valve and overhead valve models were extensively re-designed, dry-sump lubrication and a rear-mounted magneto being standardised.
Further improvements were made to the engine throughout the 1930s; Norton’s own four-speed foot-change gearbox replaced the old Sturmey Archer design in 1935.
In 1938 complete enclosure of the valve gear was effected.
Compression ratio of the powerful sports engine is 6.5:1.
The Model 18 was revived when Norton re-commenced production in 1946, but the deleted twin-port Model 20 didn’t make a comeback after the war.
This attractive Norton is an older restoration.