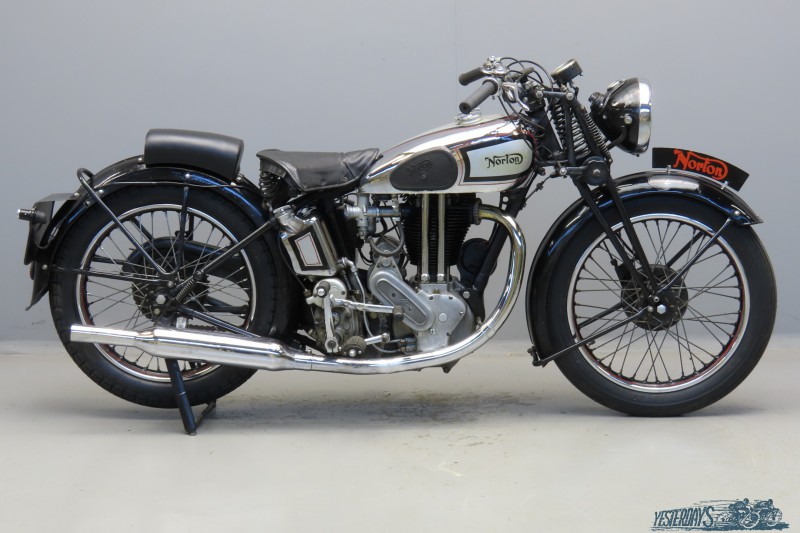 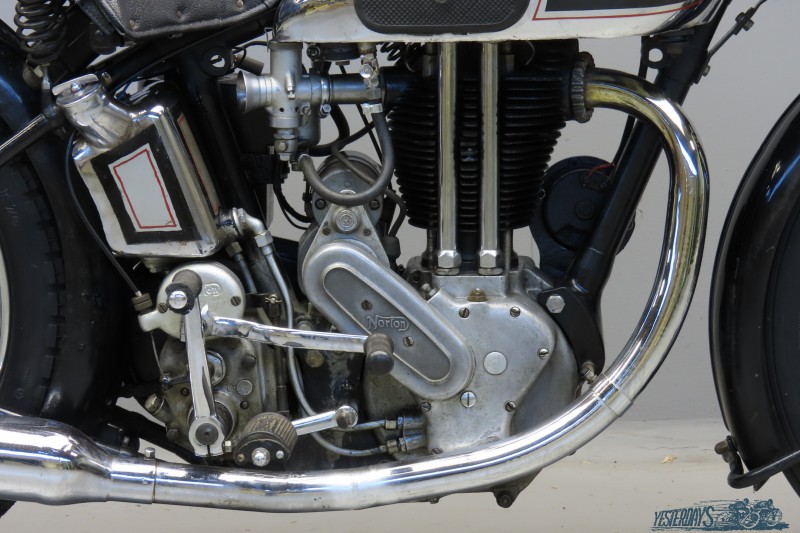 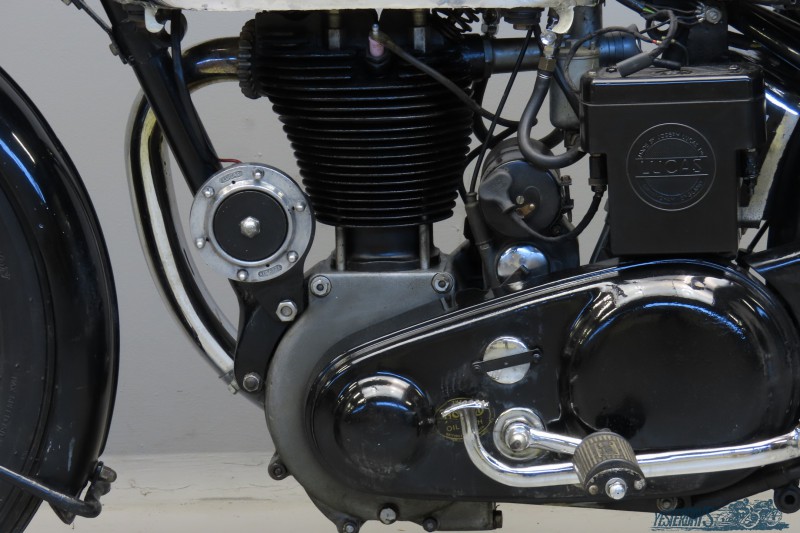 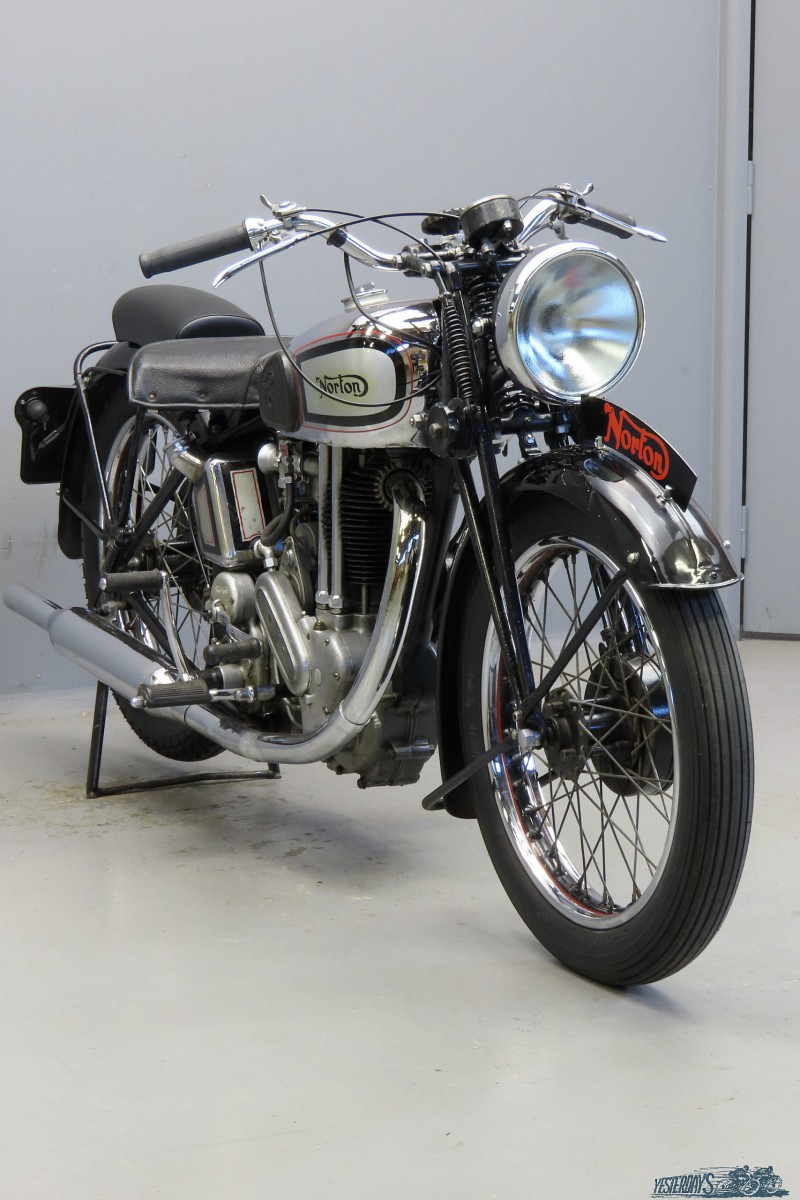 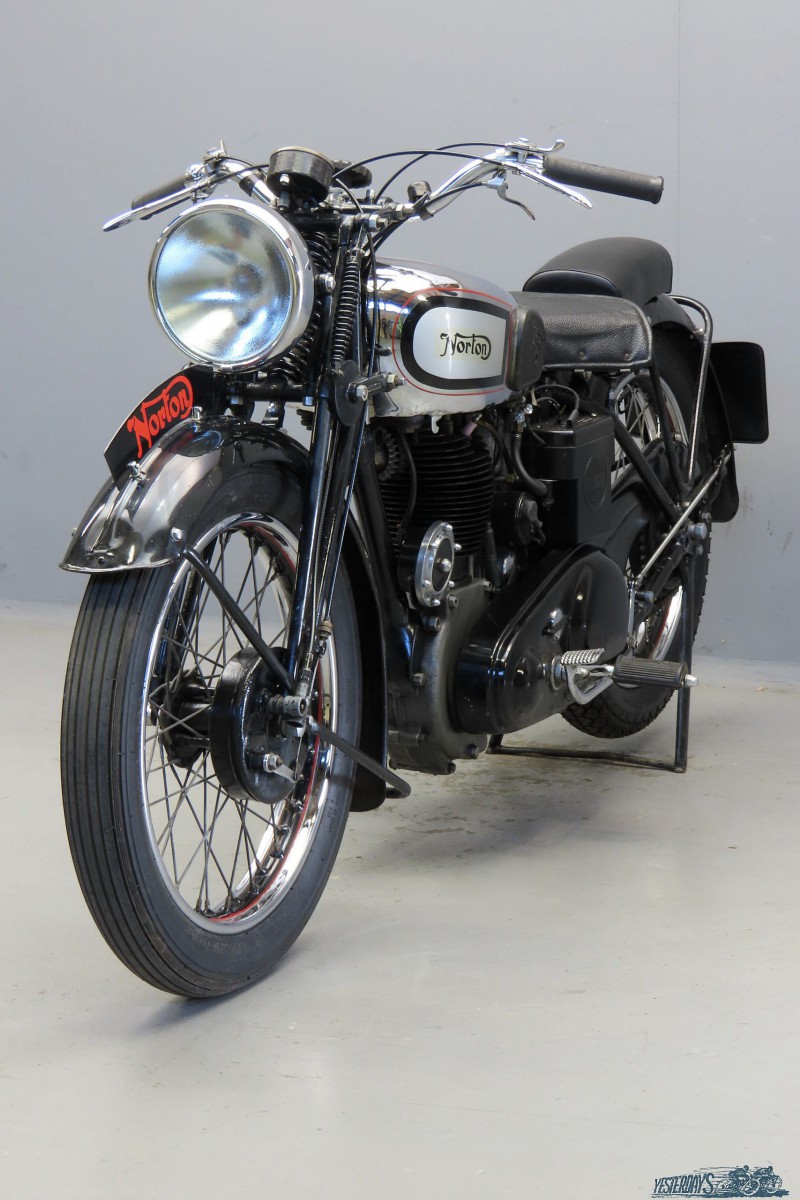 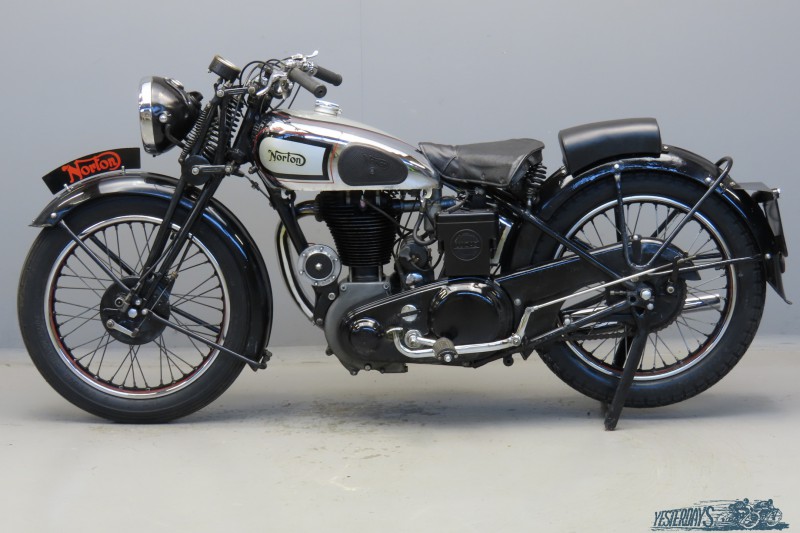 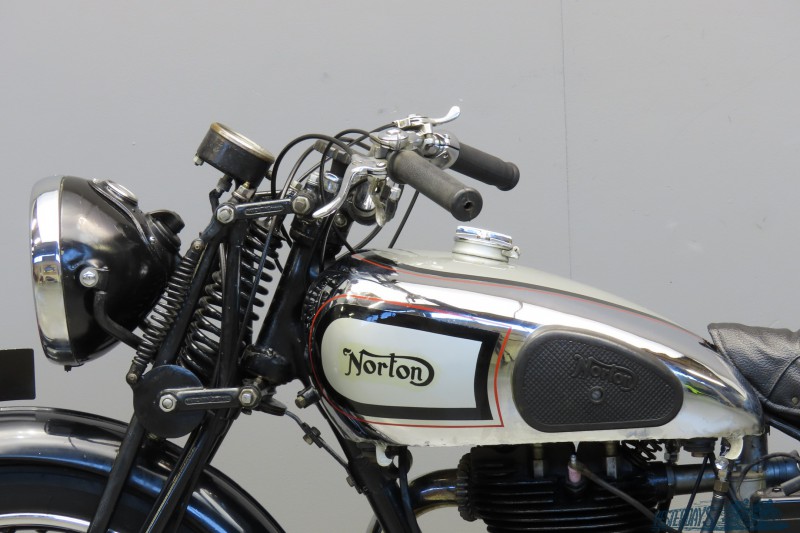 1935 had been an excellent year for Norton again both in trials and in road races: no less than 13 TT victories had been gained and in every continental race in which Norton machines had been entered they had won both Senior and Junior events, the 1936 catalogue proudly announced. In the Manx TT a Norton had won for the 5th consecutive year the Junior race and in the Senior event 2nd, 3d and 4th places were for Nortons. The 2nd place was for Guthrie who averaged more than 84 mph and finished only 4 seconds behind the winner. The winner (Stanley Woods) and the make of his machine (Moto Guzzi) were wisely not mentioned in the catalogue. It was a bit sour for Norton of course, they had won all Senior races from 1931 up to including 1934. But fortunately, in ’36 ’37 and ’38 it would be business as usual again in the Senior race.

Norton’s first overhead-valve production motorcycle – the Model 18 – had used the same 79x100mm bore-stroke dimensions as the existing side valve-engined 16H; the larger-capacity but otherwise similar overhead-valve Model 19 used those of the 588cc Big 4 side valve, at 79x120mm.Intended to appeal to the sidecar man craving for high performance, this long-stroke engine quickly proved itself. Norton-mounted riders Walker and Tucker finished 2nd and 3rd respectively in the inaugural Sidecar TT of 1923, an event George Tucker duly won for the Bracebridge Street manufacturer the following year. In 1933 the bore x stroke dimensions were altered to 82x113mm, which enhanced the capacity from 588cc to 596cc.

According to the Norton Factory Records this Model 19 was despatched on September 16, 1935 to Agent Sidney of Bradford. The purchaser of the machine was Mr. A. Anderson of 5, Welbury Drive in Bratford. Most models built after August in any year were usually coded for the following year and built according to the specifications of that year. So although this machine was built in 1935 it is a 1936 model. Among the new features for 1936 were an increased tank capacity, new crankcase, heavier and wider pitch cylinder fins, which are less resonant, and petrol tanks insulated by rubber buffers. The rubber-mounted handlebars are a practical feature.
This well-running Model 19 comes with 80mph Smiths speedo and bum pad. She has been restored and has a current Dutch road registration.