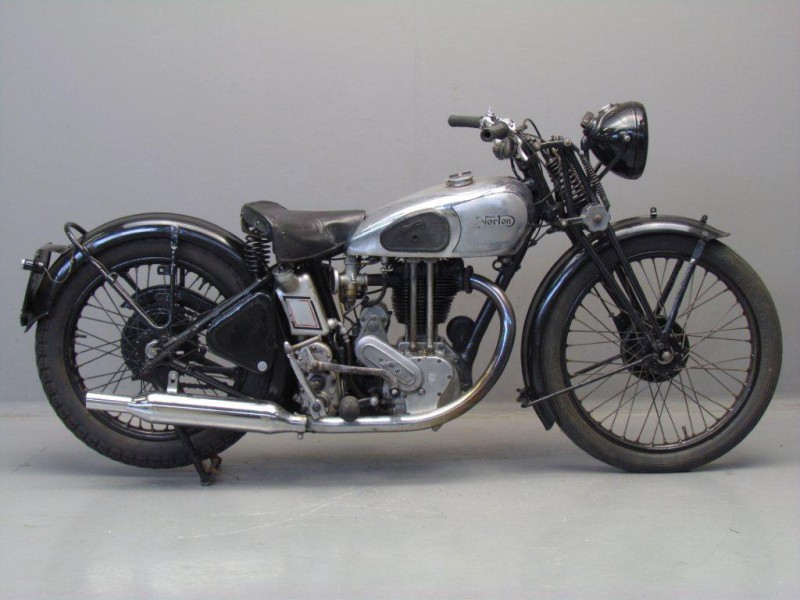 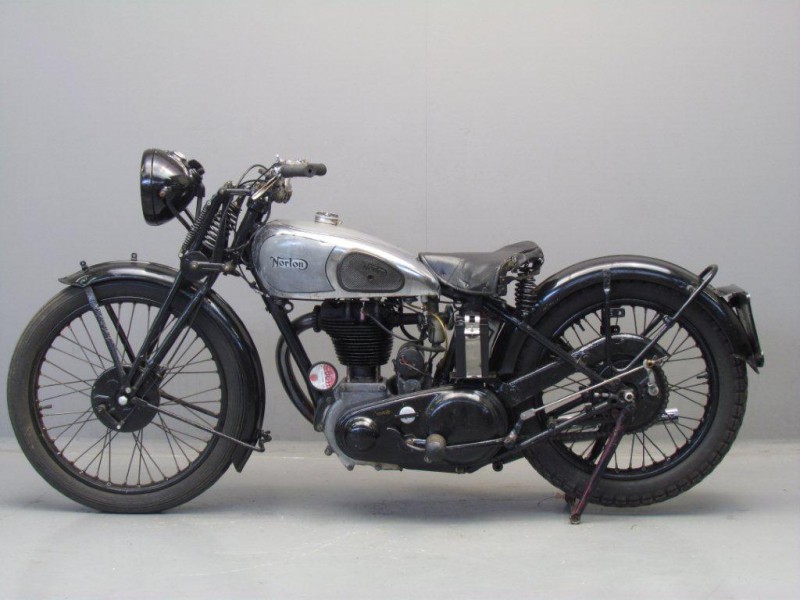 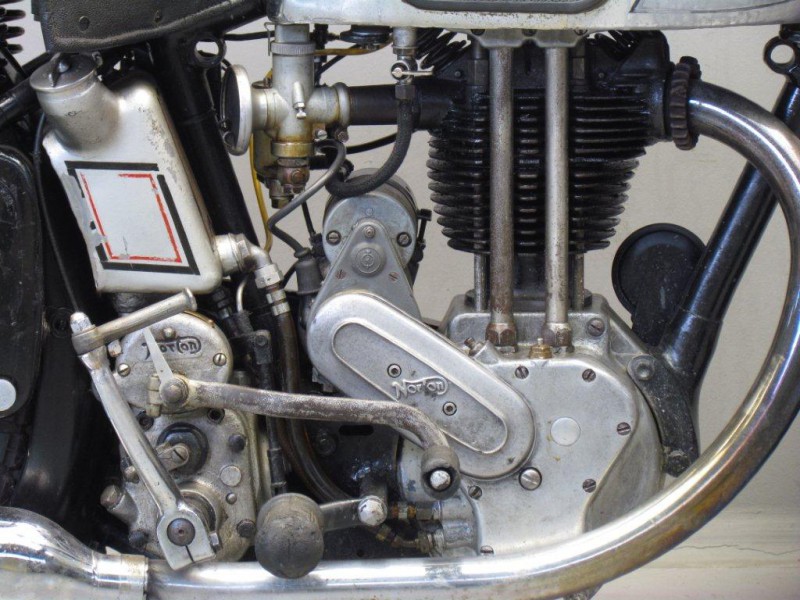 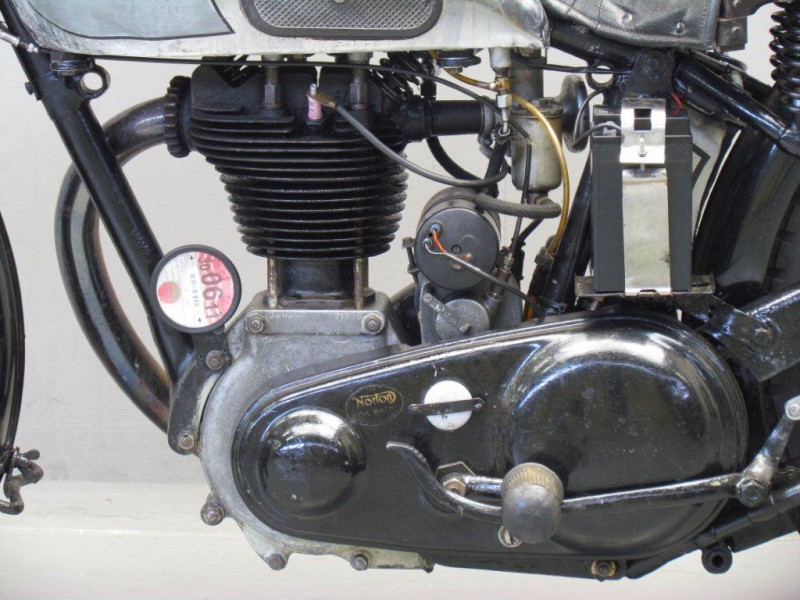 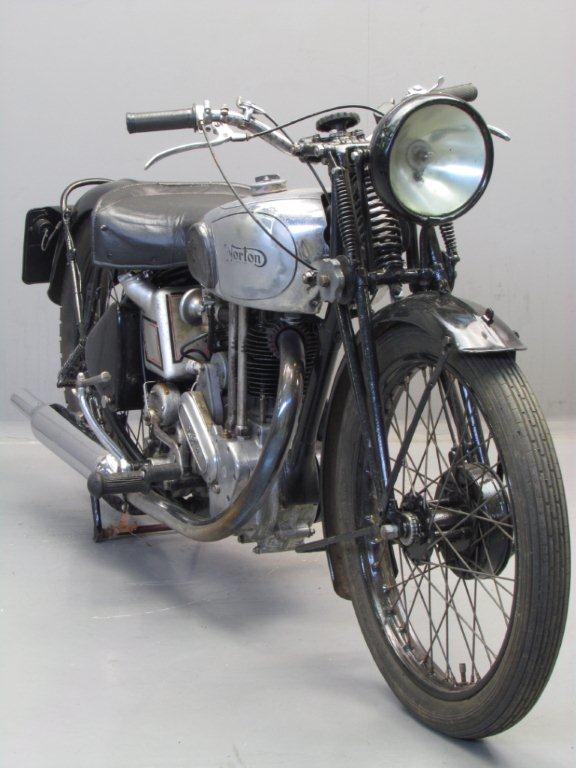 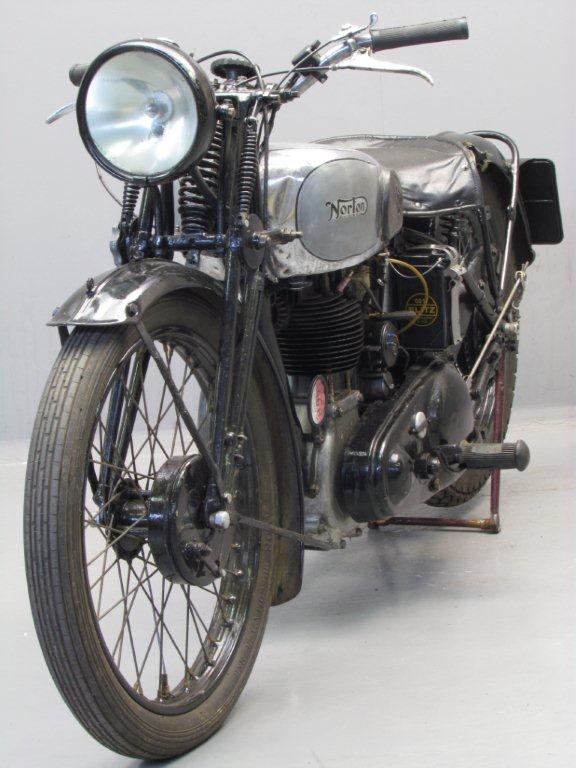 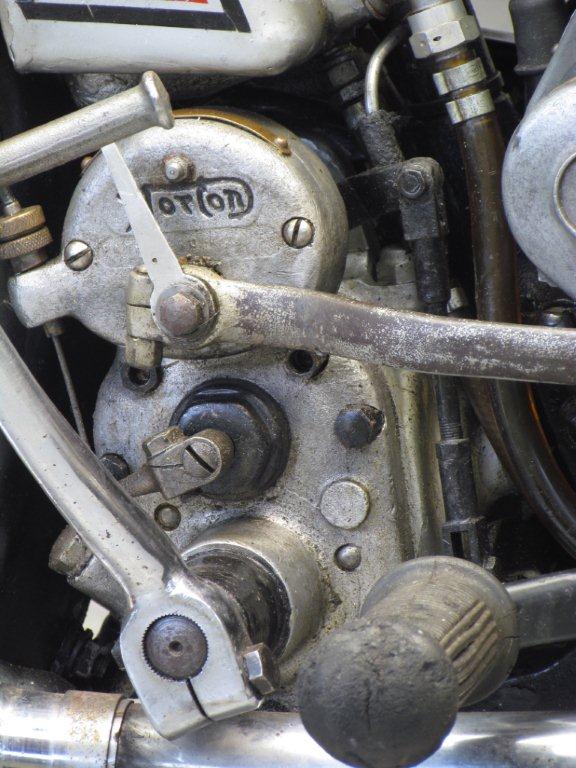 1935 had been an excellent year  for Norton again both in trials and in road races: no less than 13 TT victories had been gained and in every continental race in which Norton machines had been entered they had won both Senior and Junior events, the 1936 catalogue proudly announced.
In the   Manx  TT  a Norton had won for the 5th consecutive year the Junior race  and in the Senior event 2nd, 3d and 4th places were for Nortons.
The 2nd place was for Guthrie who averaged more than 84 mph and finished only 4 seconds behind the winner.
The winner ( Stanley Woods) and the make of his  machine  ( Moto Guzzi) were wisely not mentioned in the catalogue.
It was a bit  sour for Norton of course,   they had won all  Senior races  from 1931 up to including 1934. But fortunately,  in   ’36 ’37,   and ’38 it would  be business as usual again in the Senior race.
For 1936 two models in the 350 class were available, the single port Model 50 and the two port Model 55. Both machines had bore and stroke dimensions of 71 x 88 mm and were the smallest capacity  models in the range.
Some of the 1936 improvements were a new crankcase,  heavier and wider pitch cylinder fins to decrease resonation, improved contour for the cams in the timing gear, rubber buffers between tank and frame and lightened wheel hubs with exposed wheel fixing bolts.
This machine is an older restoration, maybe not in very shining armour but certainly in good running condition.