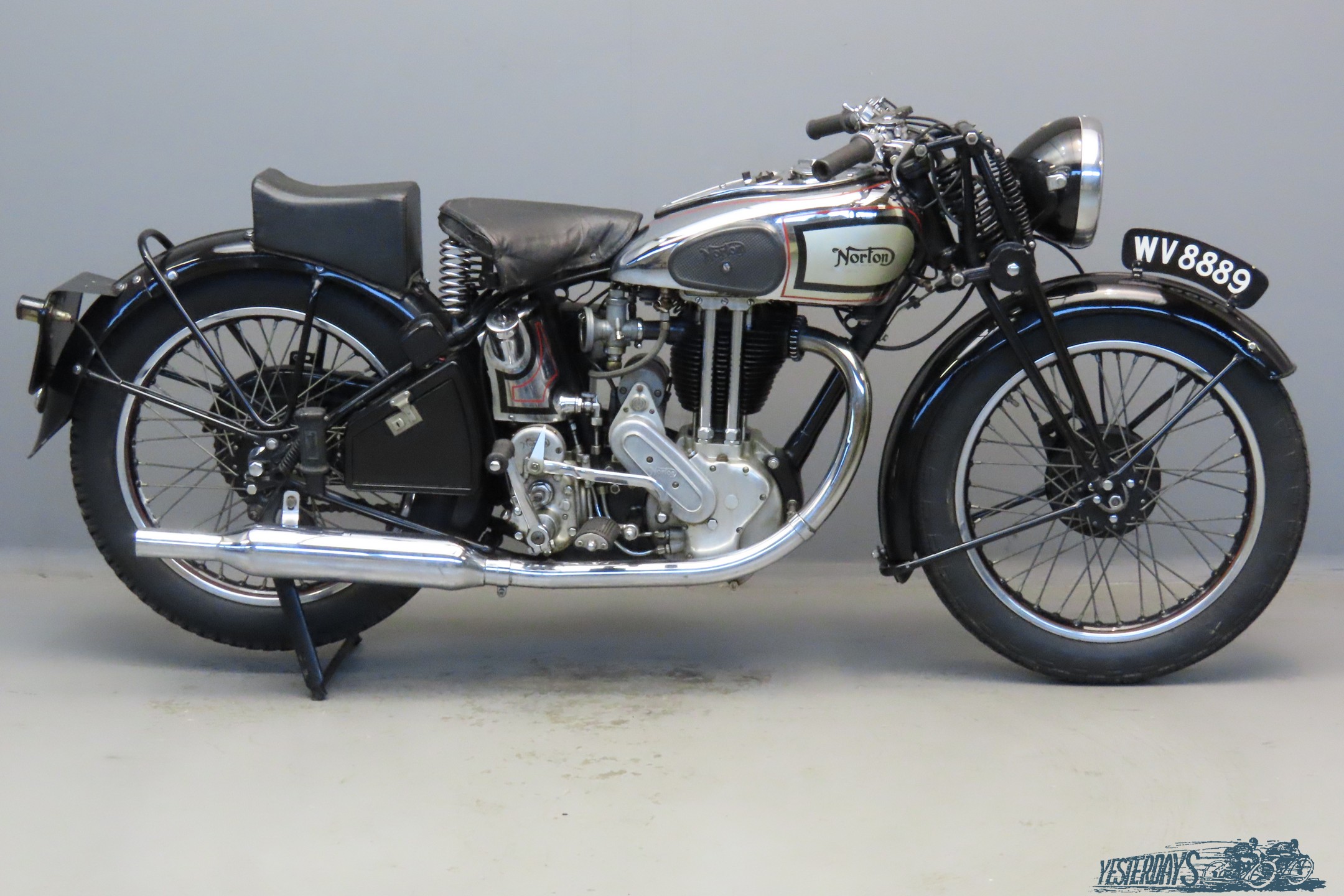 Like the majority of their contemporaries, Norton relied on the side valve engine until the 1920s, when the existing and well-tried 490cc unit was used as the basis for the firm’s first overhead-valve design. Penned by James Lansdowne Norton himself and first seen in prototype form in 1922, the overhead-valve Norton made little impact in that year’s Senior TT, though at Brooklands D R O’Donovan raised the world 500cc kilometre record to over 89mph using the new motor. For 1923 the 79x100mm bore x stroke OHV model was catalogued as the Model 18. At its introduction it got the factory code word of “Speedy”, which certainly showed some foresight: speeds up to 100mph were attainable with carefully tuned engines. In the course of 1923 a number of speed events were won, but in 1924 the Model 18 really showed what it was capable of. In June Alec Bennett won the senior TT on a model 18 with an average speed of 61.64 mph; the sidecar TT was won by George Tucker on a 588cc version of the model. Both the French and Belgian GPs were won, and Bert Denley captured the coveted British One Hour Record at 87.07mph.
Improvements resulting from the racing programme were regularly incorporated into the production bikes, yet the Model 18 retained its essentially vintage characteristics until an extensively redesign in 1931. At this time Norton’s side valve and overhead valve singles adopted the rear-mounted magneto – already seen on the ES2 – and switched to dry-sump lubrication. Norton continued to fit Sturmey-Archer gearboxes and all models – with the exception of the ES2 – used an open diamond frame. Changes between ’31 and 1939 included an additional drive side main bearing, revised cam gears, the adoption of Norton’s own gearbox, and – in 1938 – a new cylinder head with enclosed valve gear.
Among the new features for 1936 were an increased tank capacity, new crankcase, heavier and wider pitch cylinder fins which are less resonant, and petrol tanks insulated by rubber buffers. This well presented older restoration comes with bum pad and a flush-fitting tank instrument panel that was available at an extra charge of 15 shillings, while for the 120mph Smiths speedometer an extra layout of 2 pounds and 16 shillings was required.