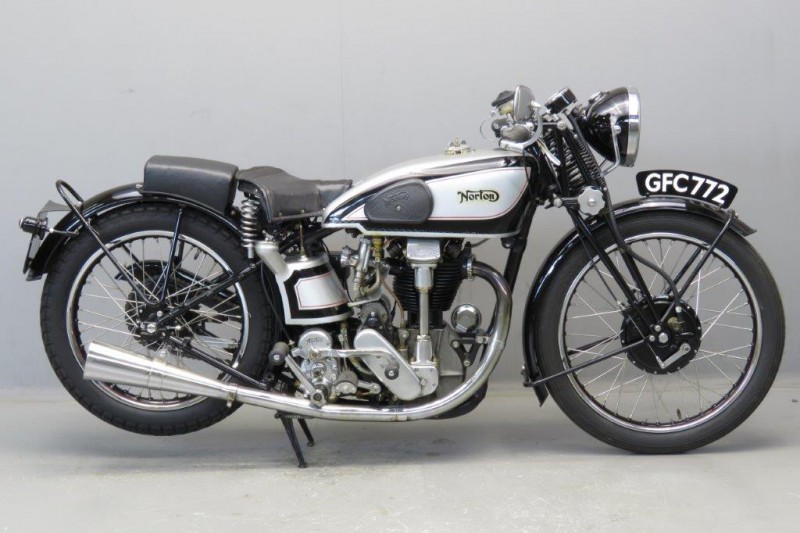 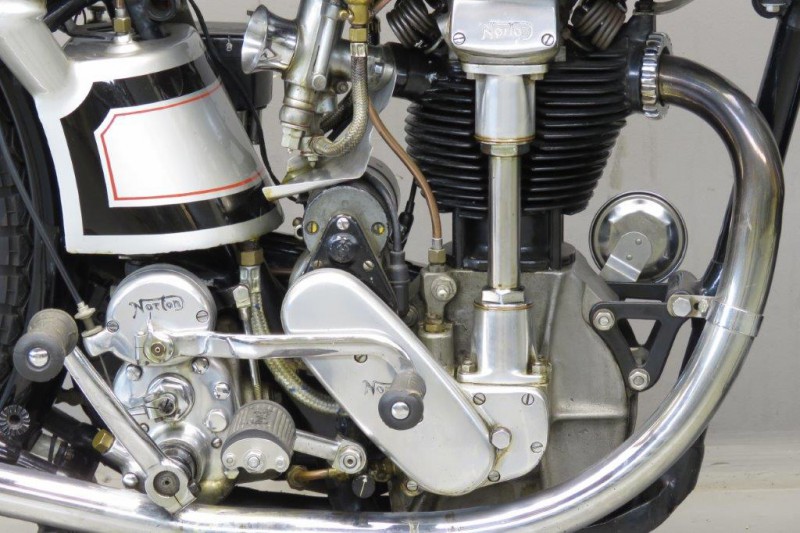 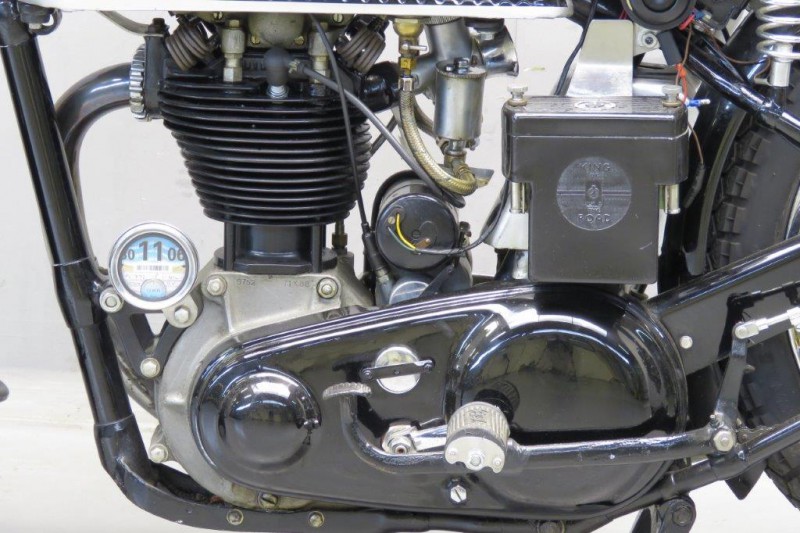 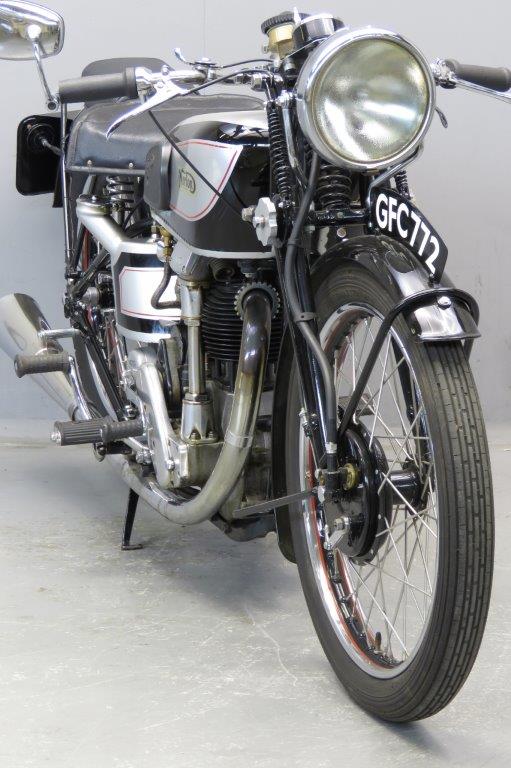 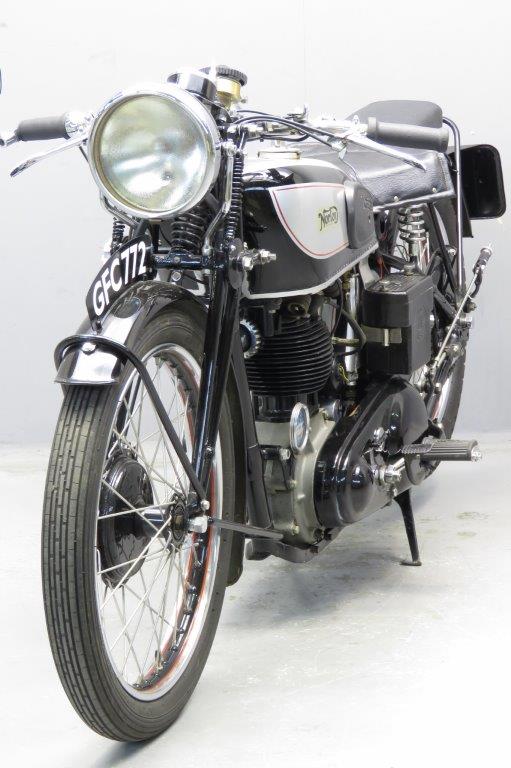 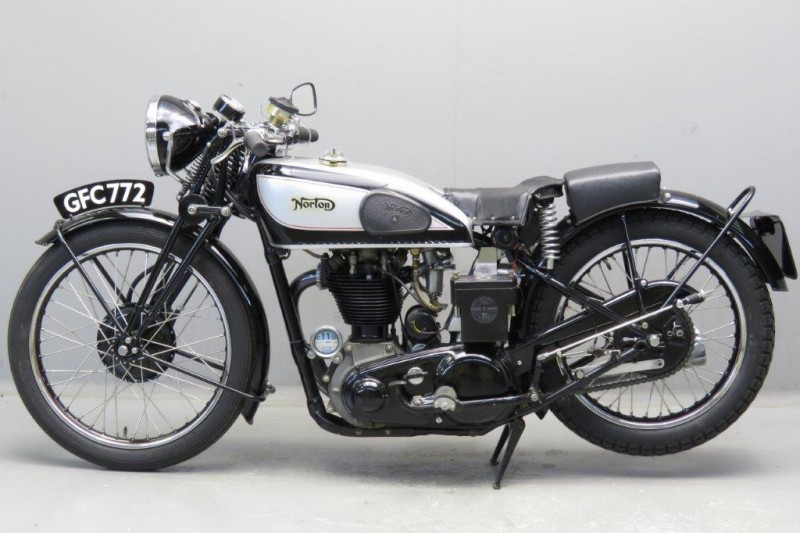 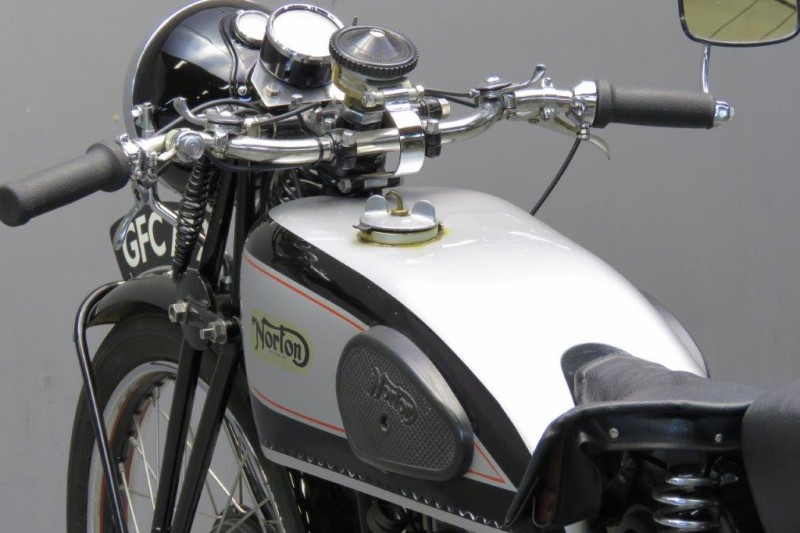 The Norton  Inter story started as far back as 1927, when Walter Moore (formerly  the Douglas chief designer) created the first Norton overhead camshaft engine with bore and stroke dimensions of  79×100 mm, giving 490 cc capacity.
Straight from the drawing board it  provided Alec Bennett with a TT victory in 1927.
Known as the CS 1 (Camshaft Senior one) it was listed as a production machine for the 1928 season.
The smaller 348 cc version ( 71×85 mm) was known as the CJ (Camshaft Junior).
By 1930 Moore had left to work for NSU in Germany and for the TT that year Arthur Carroll , his successor at Bracebridge Street, redesigned the camshaft engine. With this design Norton started its incredible run of success in road racing.
From 1936 onwards Internationals supplied specifically for racing began to divert from the road machines, and they were given many upgrades including better oiling, lumpier camshaft profiles, bigger carburettors and racing magnetos.
By the time production halted in 1939 it was being built with a four-speed foot-change gearbox and plunger rear suspension (the ‘Garden Gate’ frame), reappearing after the war in similar guise save for the adoption of the hydraulically-damped Roadholder front fork, which replaced the pre-war girder.
Today this rare landmark model is one of the most sought after of all Norton motorcycles.
The machine on offer is in excellent condition  and  has been restored some time ago.