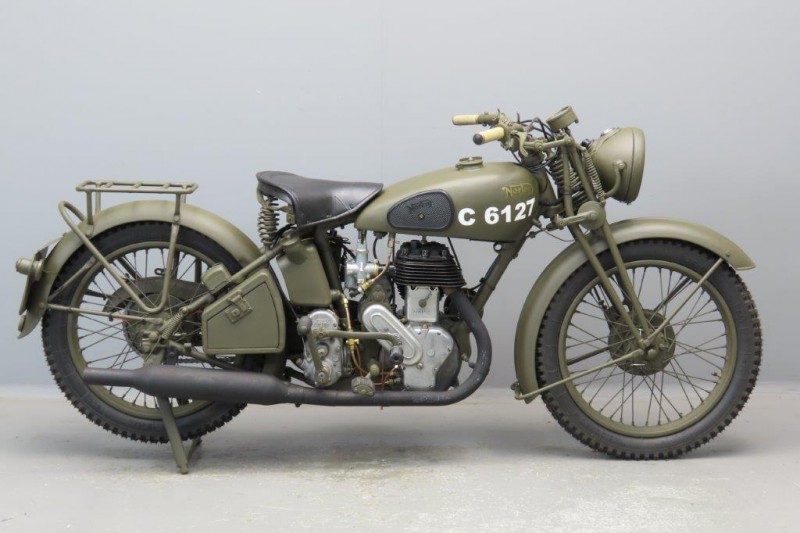 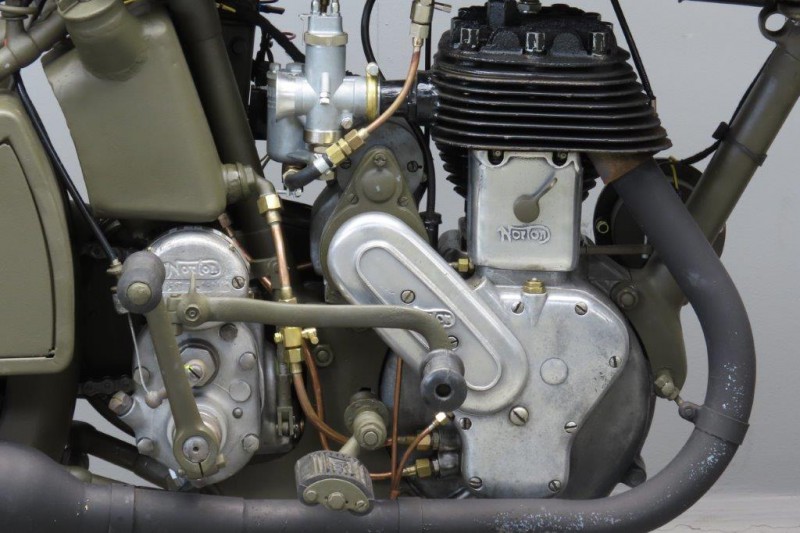 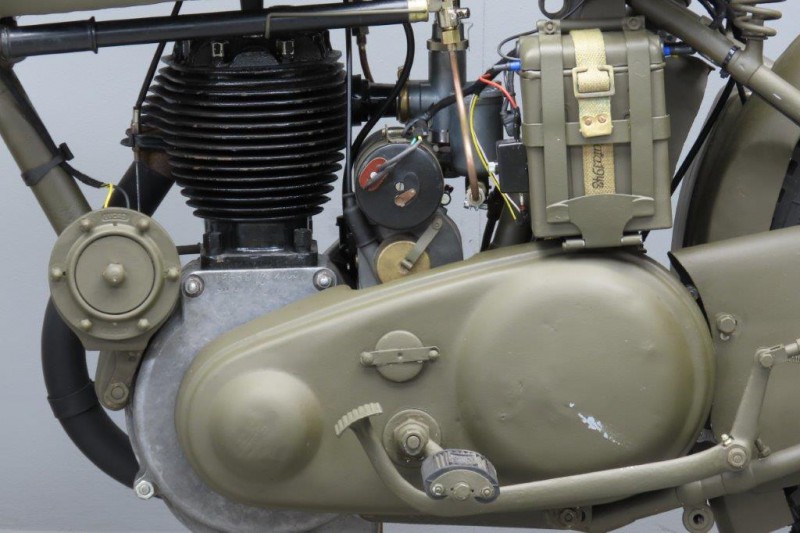 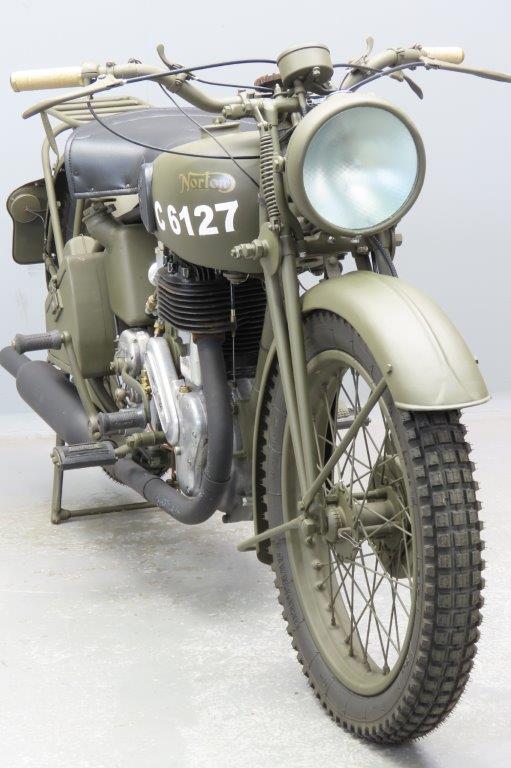 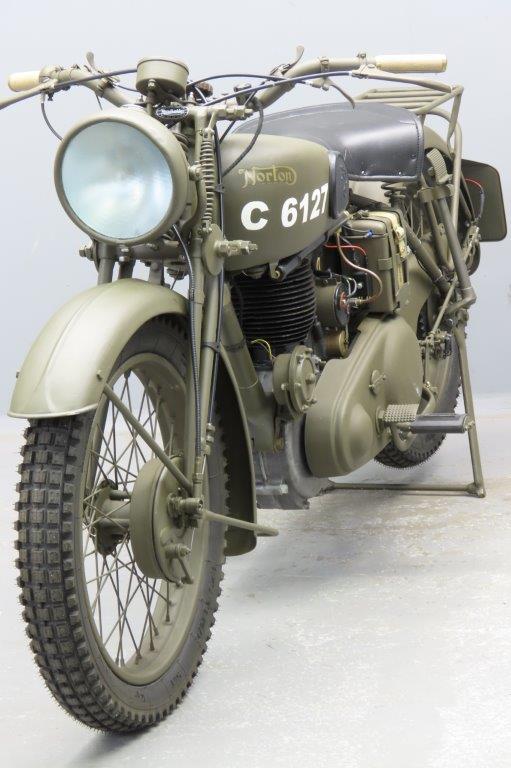 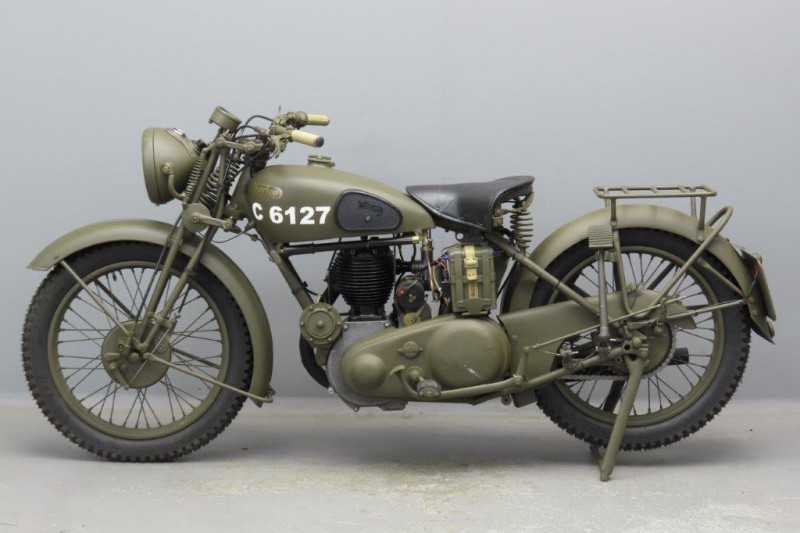 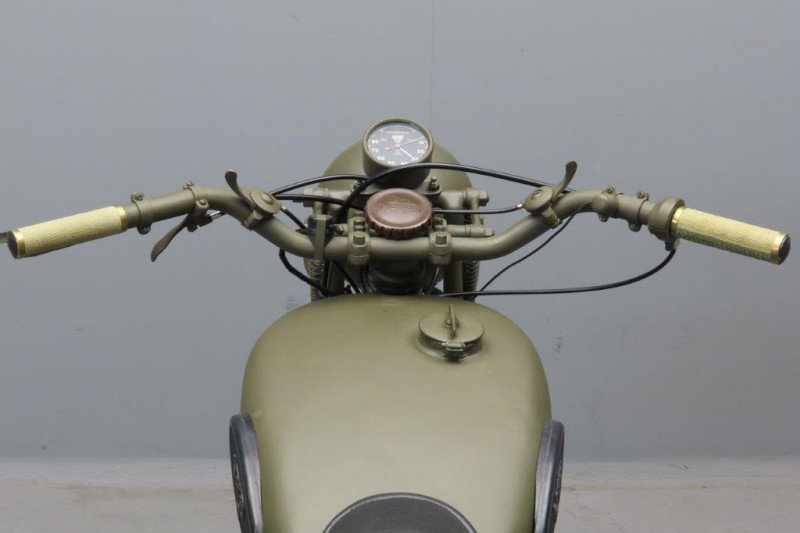 In 1911 James Lansdowne Norton entered a side valve 490cc single with bore x stroke dimensions of 79x100mm in the new 500cc Senior Class race of the Isle of Man TT.
He was unplaced but the following year the motorcycle had been improved and won the Brooklands TT and set three world records.
A drive chain was developed to replace the belt drive and although production was delayed by the First World War the Model 16 as it became known gained a Sturmey Archer gearbox and had a racing heritage that included 21 world records.
In 1921 Norton launched the ‘Colonial’ which was a Model 16 with higher ground clearance for use on poor quality roads, and designated the UK model as the 16H (for ‘Home’).
A 16H was first offered for military evaluation in 1932, together with a Norton Model 18 and a Norton Model 19, both with OHV specifications.
The side valve 16H It was found to be suitable and the Norton designers began working with the War Office on a range of developments and modifications.
Military orders were placed for the 16H from 1936 and continued throughout the course of the Second World War, setting a ten year record for the longest time the War Office procured a single make of motorcycle.
The entire staff of the Norton factory in Bracebridge Street Birmingham were needed to meet demand – even the racing team found themselves on the 16H production line.
A popular despatch machine, the 16H was also used for training, reconnaissance, convoy control and escort duties. Military motorcycles left the Norton factory in Army Service Green, Khaki green, Khaki brown or Olive green, depending on colour specified at time of production.
Pre-war RAF machines (up to September 1939)were delivered in RAF Blue. Wartime RAF bikes were identically coloured as the “Army” bikes.
A number of machines were painted sand ‘desert camouflage’ by local workshops in the Middle East and used in Palestine and the North Africa Campaign.
This freshly restored machine is a genuine 1939 machine and has been rebuilt to the specifications of Army Contract C 6127/1939.
The engine has been overhauled completely with new Amal 276 carb.
Original headlamp body, amp gauge and Smiths speedo are fitted.
A fine machine, all ready to go.
For interesting reading on all things WD Norton: visit Rob van den Brinks website www.wdnorton.nl