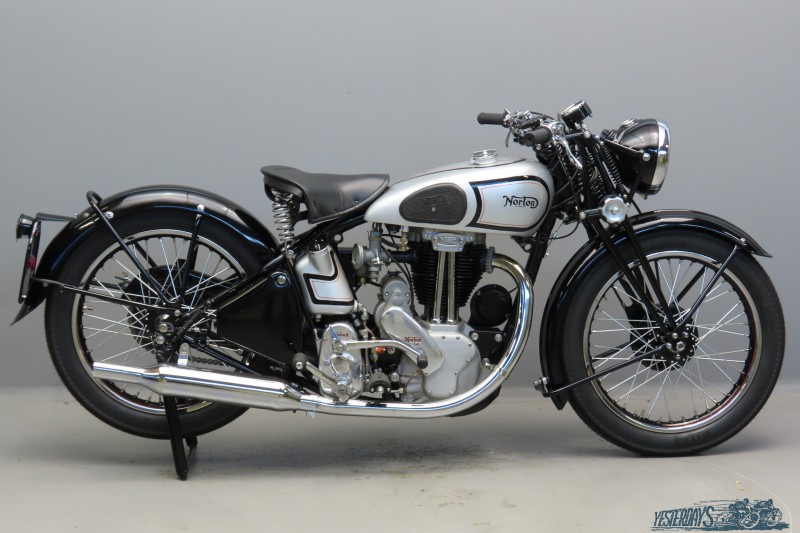 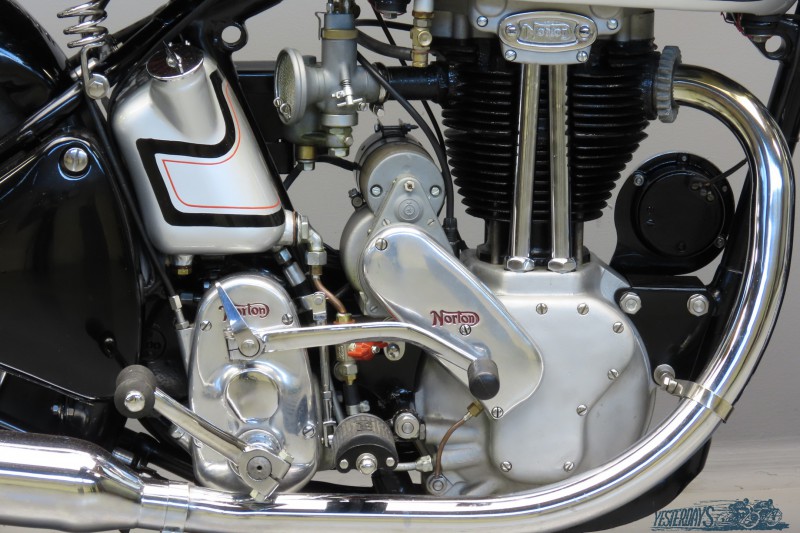 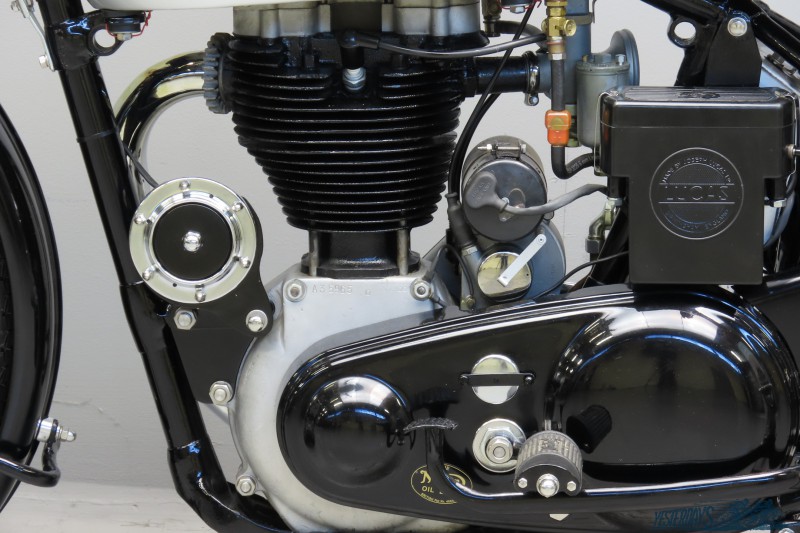 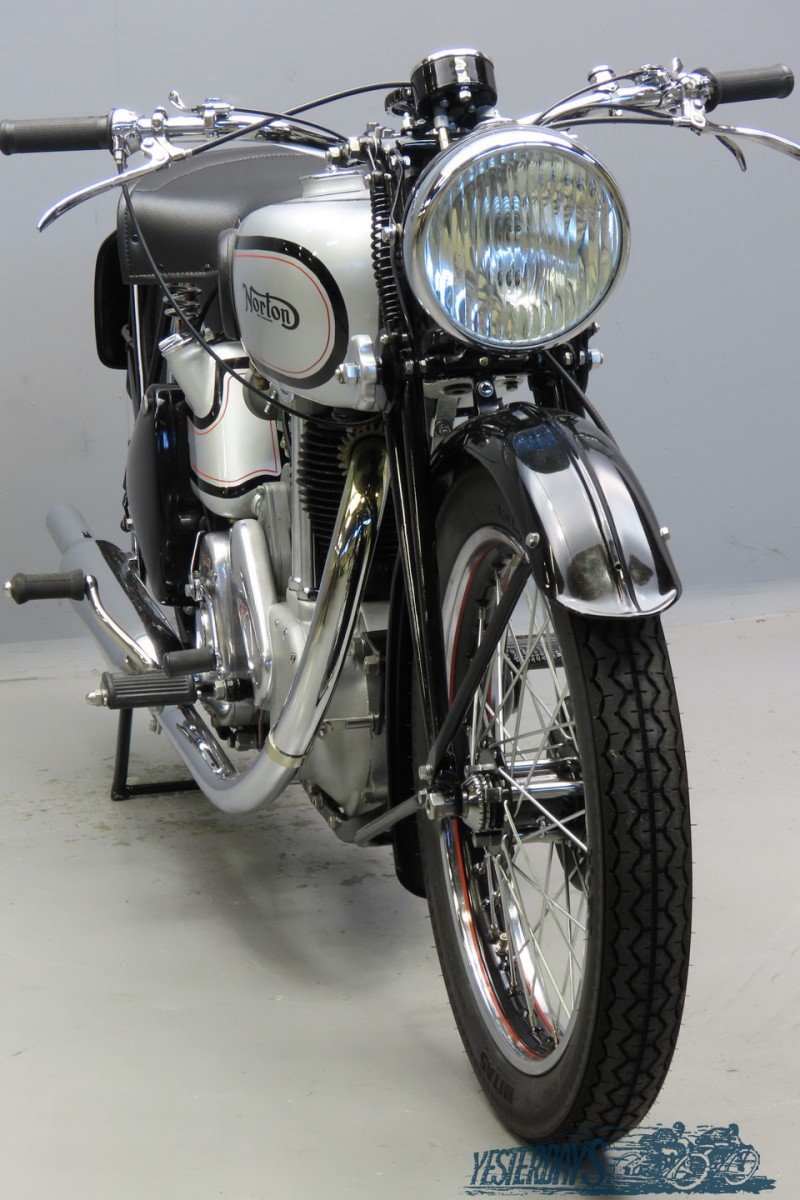 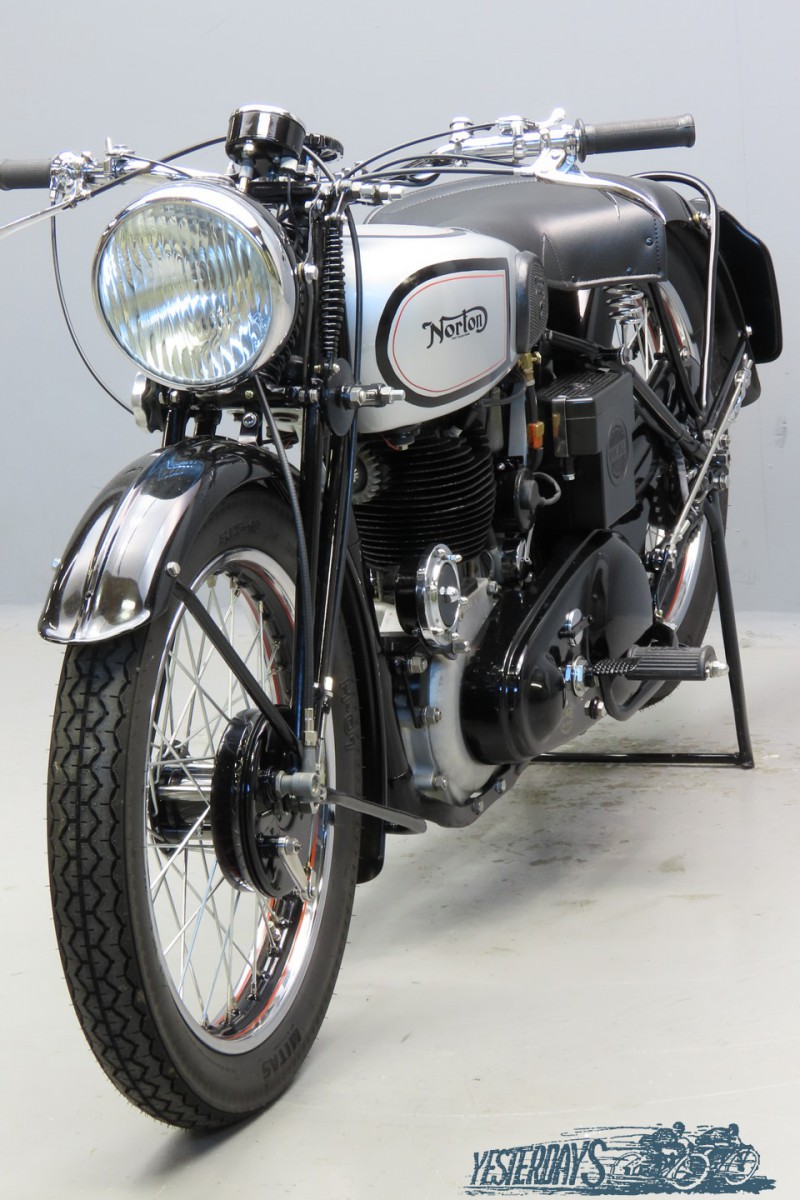 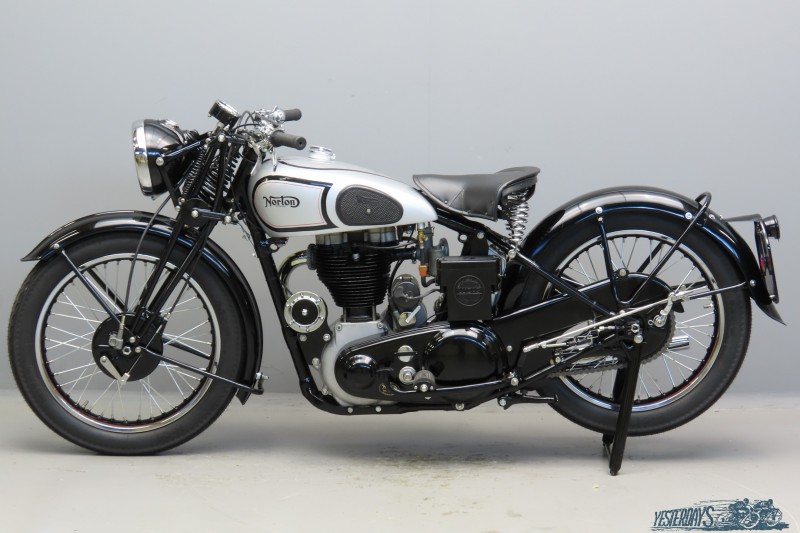 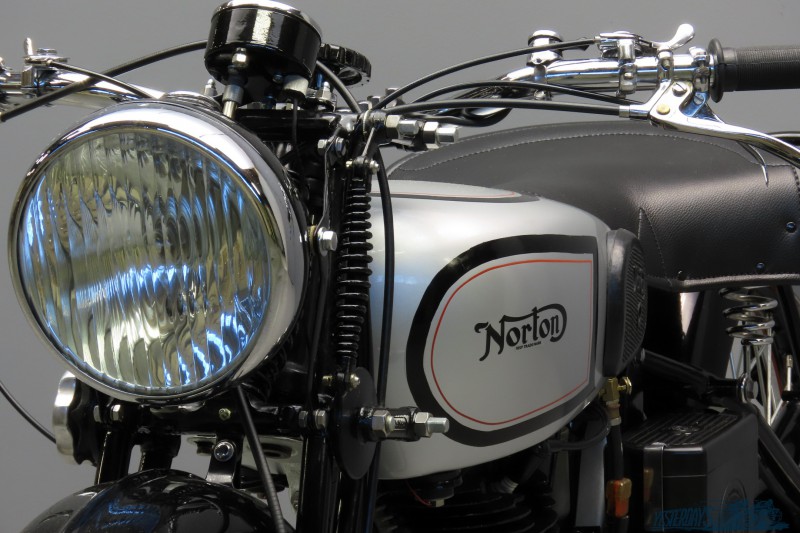 The ES2 was Norton’s second OHV model; the first was the Model 18 that was brought out in 1923.
For the 1928 model year a new model OHV was marketed, based on the successful new OHC racer that would be marketed as the CS1.
The new OHV was designated ES2; it was basically the pushrod Model18 engine, but with its pushrod return springs enclosed, hence Enclosed Springs2.
The design was step–by-step improved through the thirties: it got a four speed foot-change gearbox, rubber-mounted handlebars, fully enclosed and positively-lubricated valve gear and new cams with flat followers for quieter running. For 1939 plunger rear suspension was available as an optional extra.
After WW2 the model got the new Roadholder telescopic fork and plunger rear suspension as standard.
In 1953 (the year of the AMC merger) swinging arm rear suspension became available and the ES2 got a featherbed frame in 1959.
In 1963 the last ES left the production line.
Some of the new features for 1939 were improved saddle position and bigger saddle, polished instead of sandblasted gearbox and change speed mechanism end covers, polished magneto chain cover and improved silencer.
The machine we present here comes with Smiths speedometer and has been restored with attention to detail.