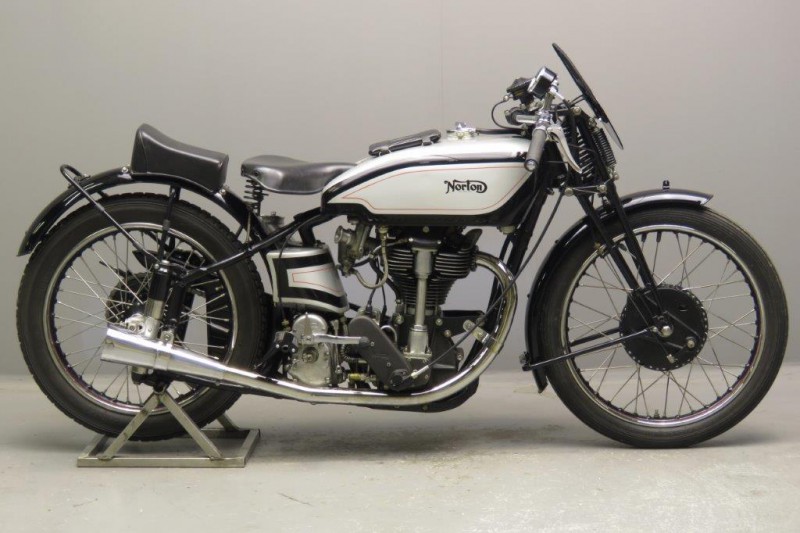 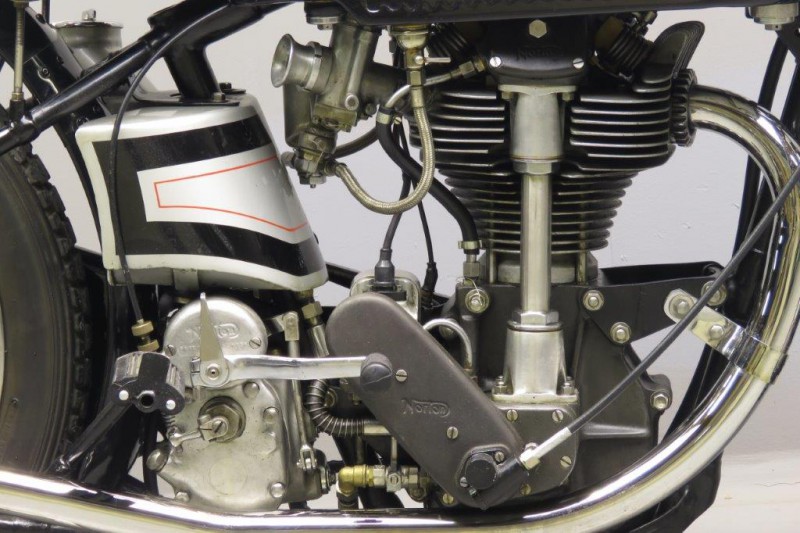 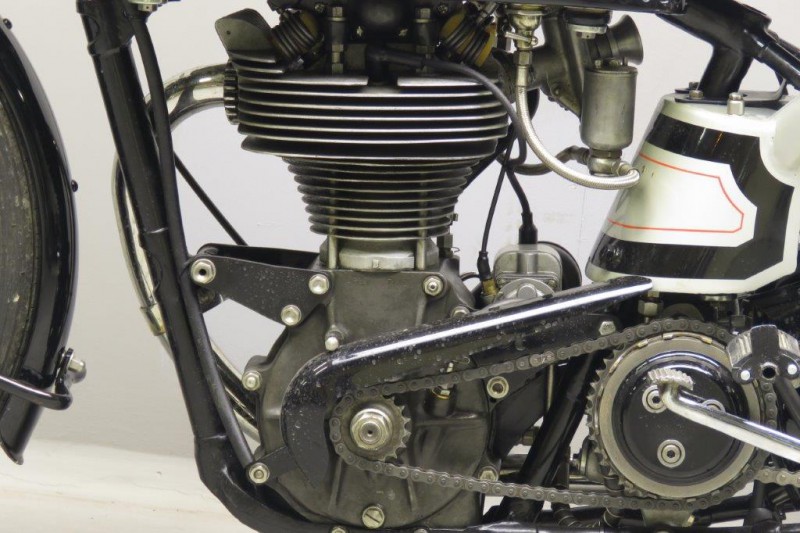 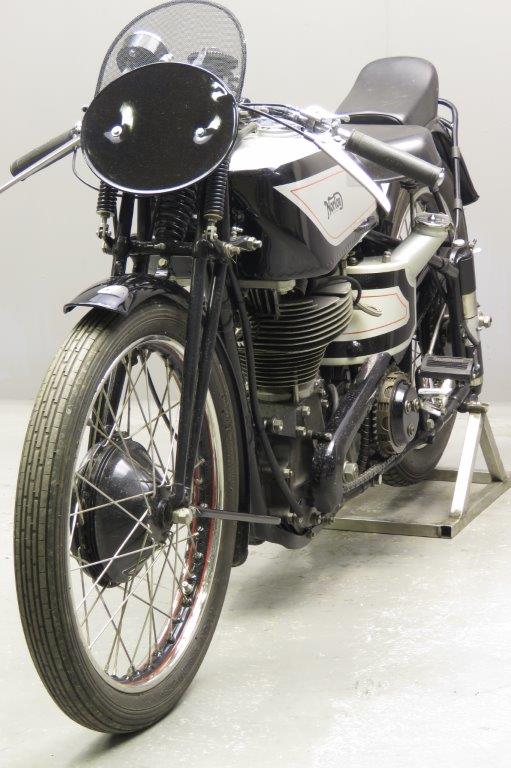 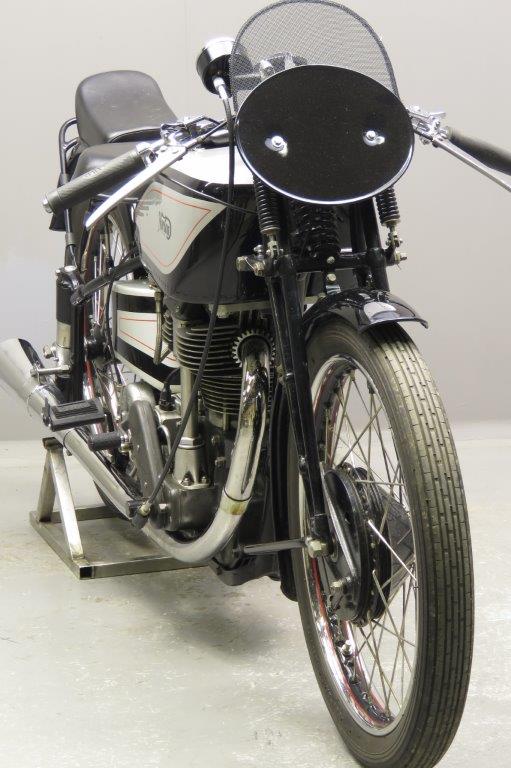 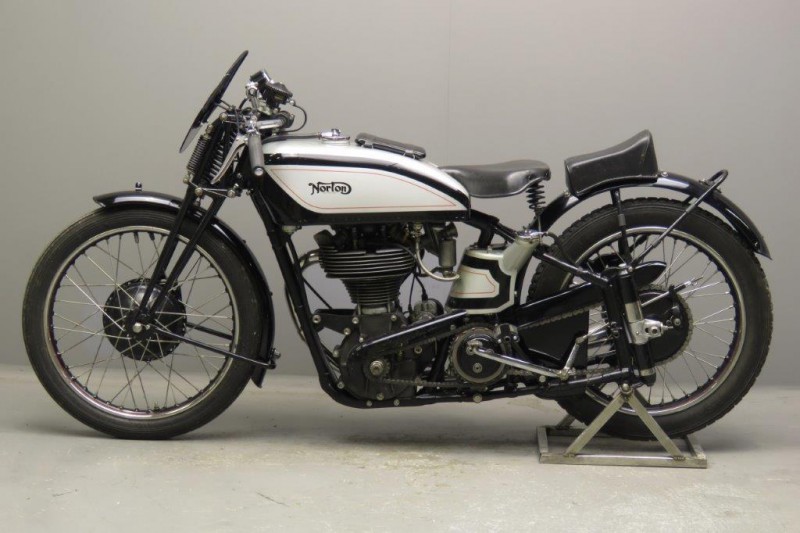 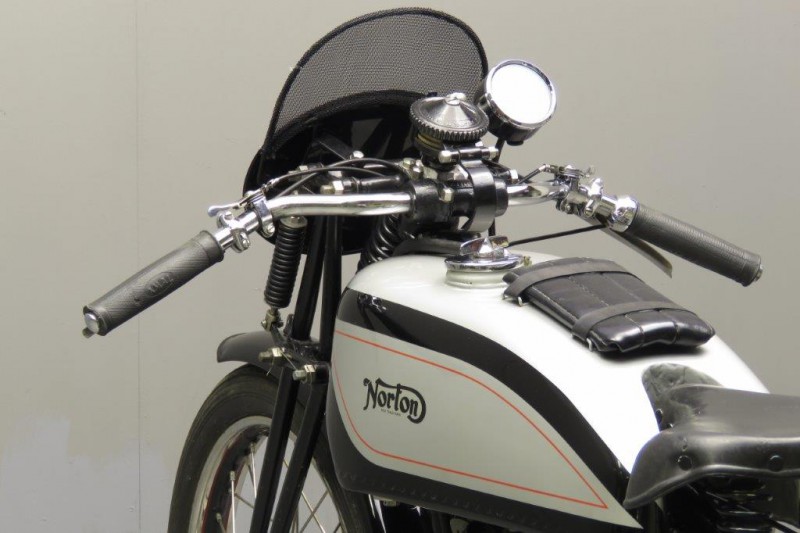 The Norton  Inter story started as far back as 1927, when Walter Moore (formerly  the Douglas chief designer) created the first Norton overhead camshaft engine with bore and stroke dimensions of  79×100 mm, giving 490 cc capacity.
Straight from the drawing board it  provided Alec Bennett with a TT victory in 1927.
Known as the CS 1 (Camshaft Senior one) it was listed as a production machine for the 1928 season.
The smaller 348 cc version ( 71×85 mm) was known as the CJ (Camshaft Junior).
By 1930 Moore had left to work for NSU in Germany and for the TT that year Arthur Carroll , his successor at Bracebridge Street, redesigned the camshaft engine.
With this design Norton started its incredible run of success in road racing.
For the 1932 season   two  types  of road going race replicas were  listed as the               “ International” in 348cc  and 490 cc  capacities.
These machines were  equipped with Amal TT carburettor, racing magneto and close ratio four speed gearbox with foot control.
Year by year small improvements were made.
Detail modifications for 1936 were: slightly more ground clearance, steering damper fixed directly to the frame for more rigidity and  a front brake adjuster that could  be operated while the machine was in motion.
Later in the thirties the Inter got hairpin valve springs and after the war “Roadholder” telescopics  and plunger rear suspension were added.

This Norton was acquired to participate in demo rides on race tracks and demos such as Coupe Moto Legends at Dijon, the Chimay race track in Belgium and other race tracks.
The bike features most of  the period options a private rider could obtain from Norton’s racing department in Brace Bridge Street in 1939 when ordering a  40 M.
It has the very much sought after “large fin, bronze cast-in combustion chamber” cylinder head with downdraught inlet track.

The vehicle was restored over a period of 4 (!) years by Mr Stuart (“STU”) Rogers, well known as the International specialist.
It is in very good mechanical and cosmetic condition with some signs of use from the last years.
The paintwork has been done in nitrocellulose paint as was standard for 1939.
This bike was displayed at the special Manx exhibition at the Stafford Show in 2011.
Engine and gearbox were completely checked some 2 years ago.
New hairpin valve springs were fitted as a precaution.