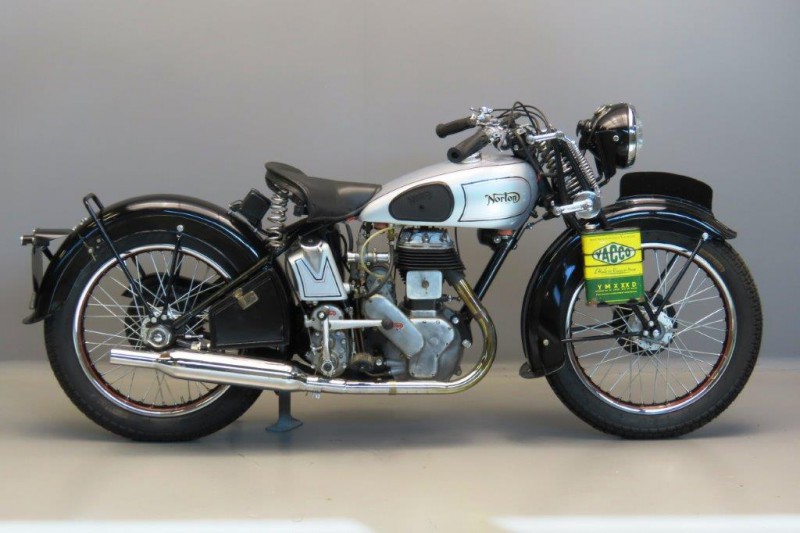 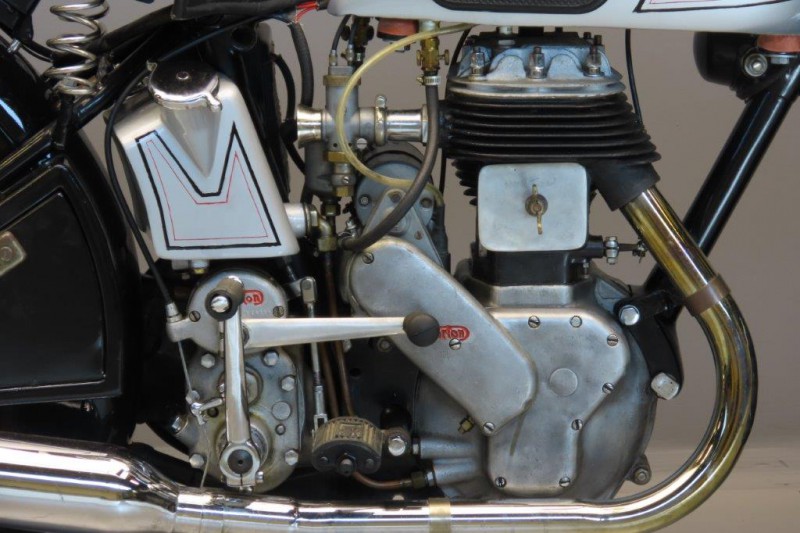 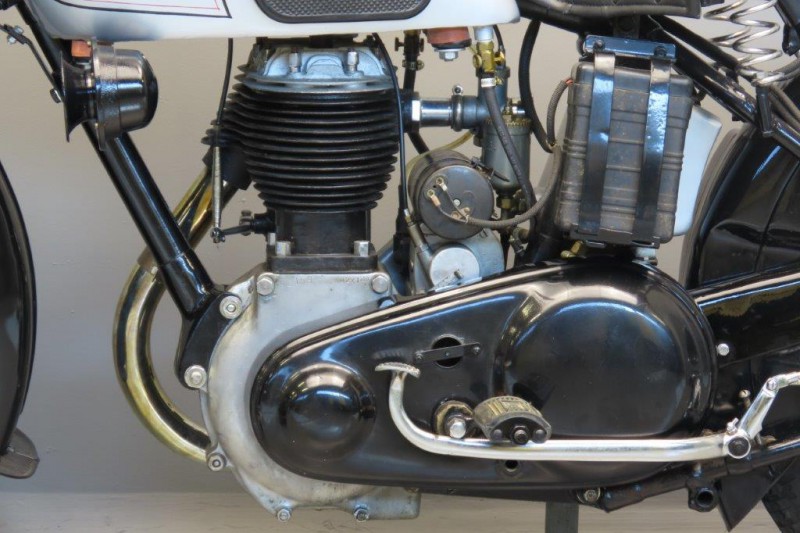 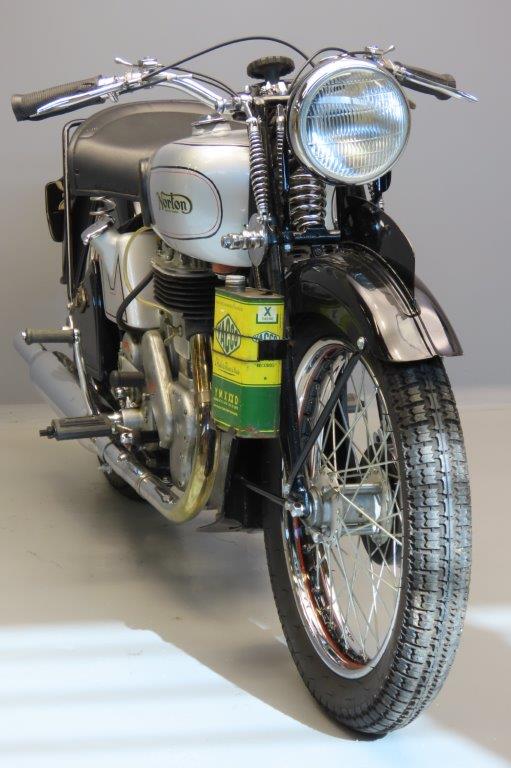 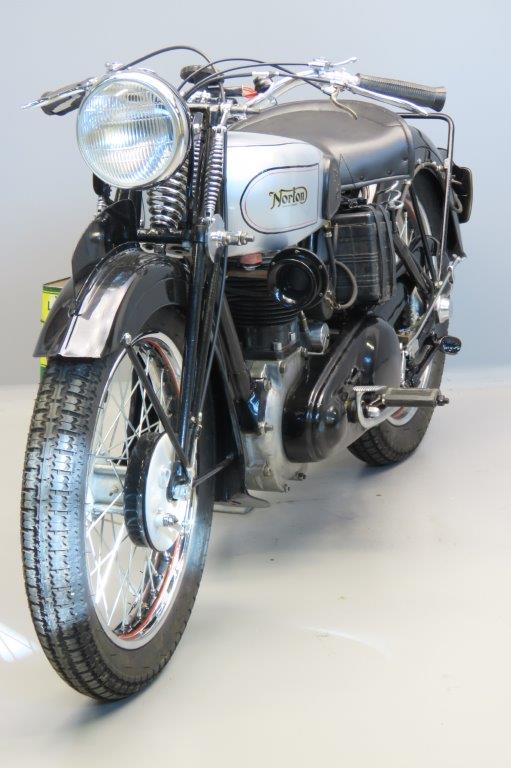 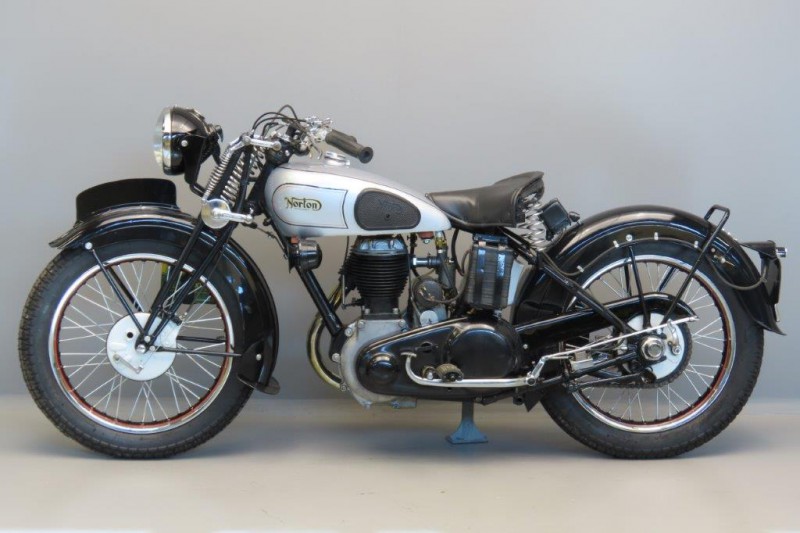 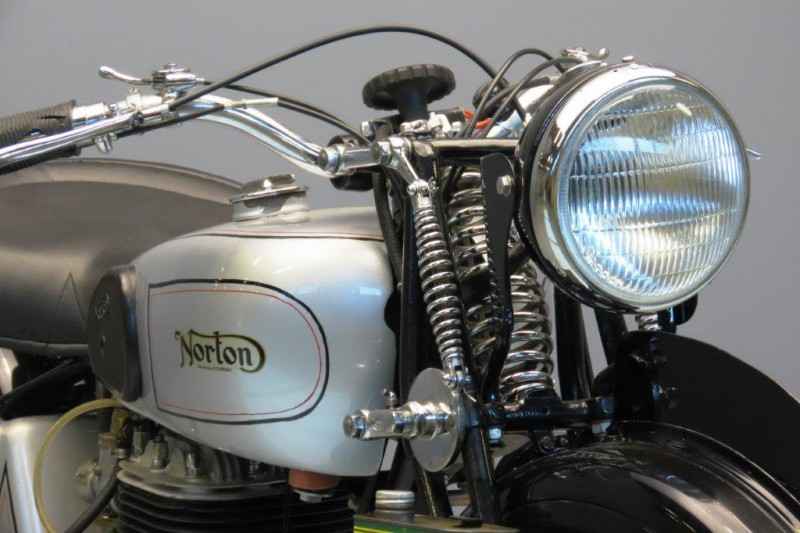 The model name Big Four was used from 1907 till 1954.
The model was mainly designed as a strong and reliable sidecar machine that did faithful service in both peacetime and wartime: in WW 1 many were supplied to the Russian army, and in world war II the further developed Big Four did excellent service in the British army.
The 82 x 120 mm engine was very reliable and had lots of bottom power. The compression ratio was a relatively low 4.8 : 1. The model name originated from the “4 HP” designation it got in its early years. Approximately 4,700 of the nearly 100,000 military bikes made by Norton during WW2 were Big 4 sidecar outfits.
Designed to carry two or three men plus their fighting equipment over very rough terrain, the Big 4 was used for reconnaissance and carrying loads of ammunition to the front line troops.
The simple design also meant it was easy to maintain in the field. Reliability and fuel economy were keywords for this Norton.
The Big 4 model continued to be produced for nine years after the end of World War II when Norton ended the manufacture of side valve singles to concentrate on twins.
As from 1948 the bore and stroke changed to 82 x 113 mm to give 596cc capacity.
In 1954, production of the Big 4 (and its 490cc counterpart, the Model 16H) ceased as the popularity of side valve machines had waned rapidly.
It had been manufactured for almost 50 years unbroken by wartime, albeit in a number of quite different forms.
This machine has been restored and is a good runner.