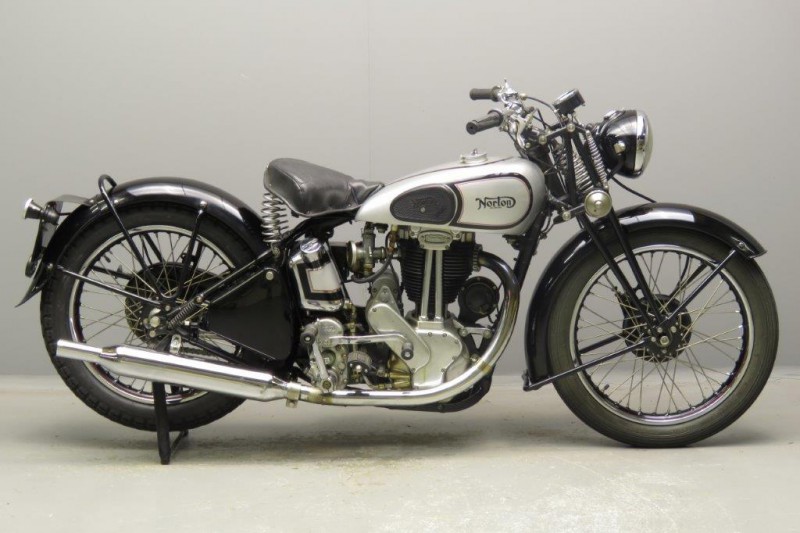 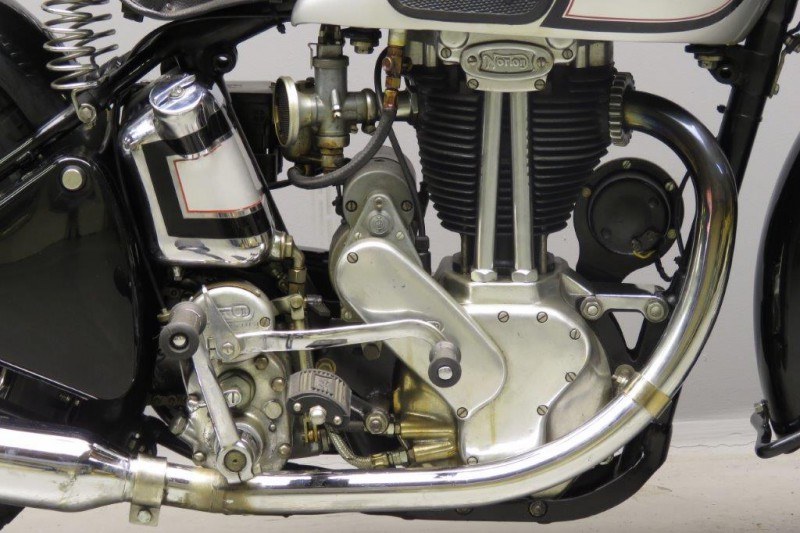 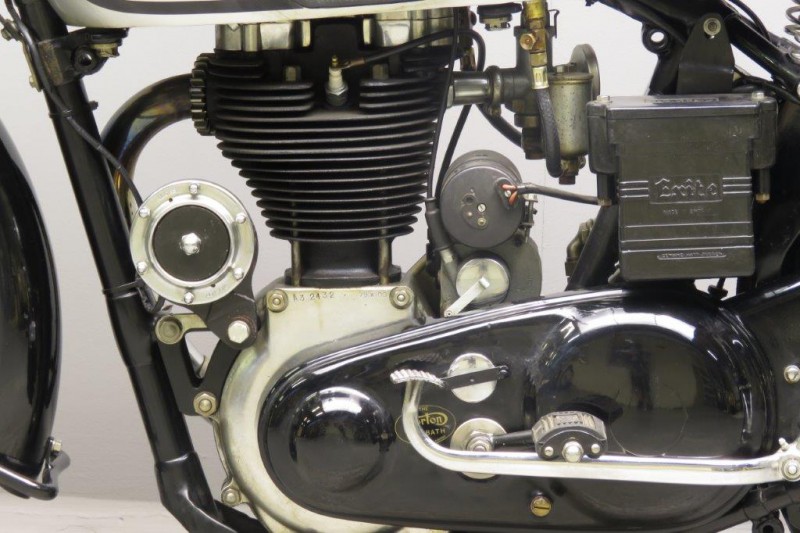 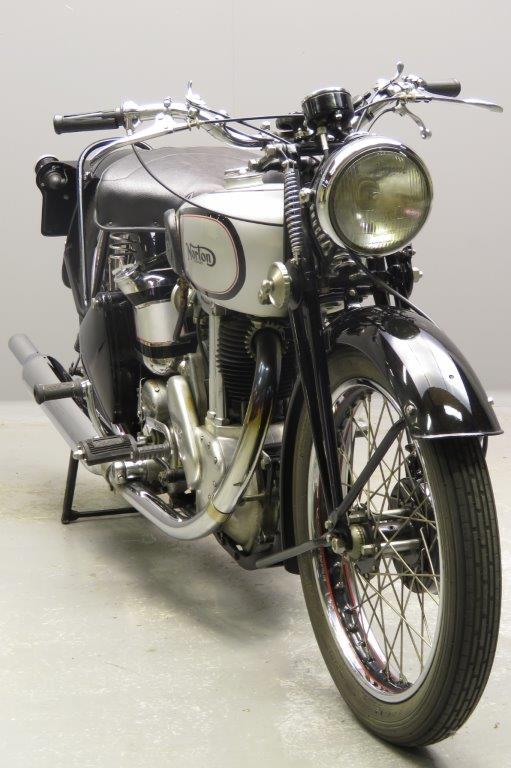 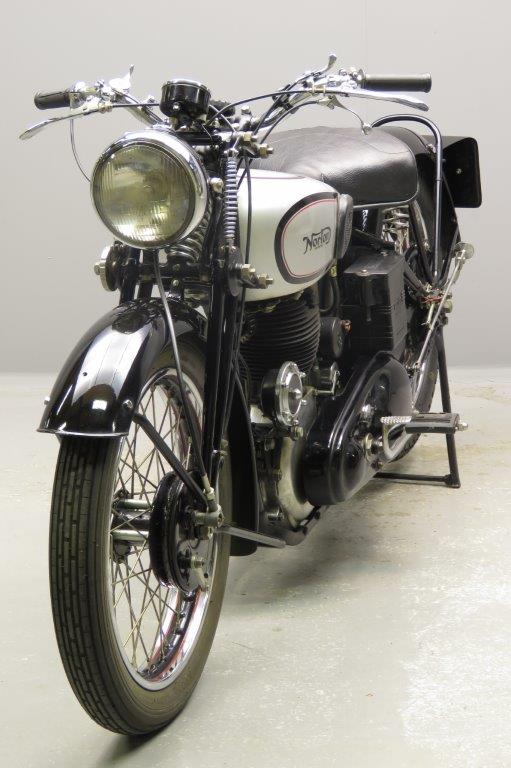 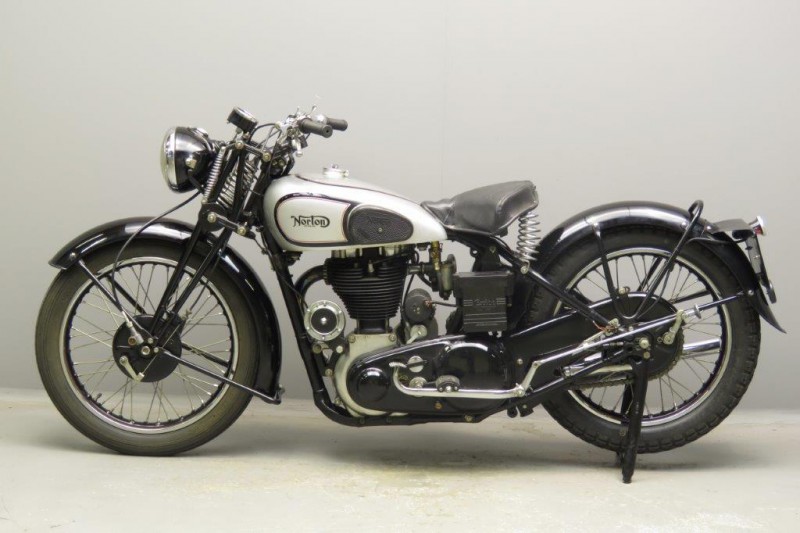 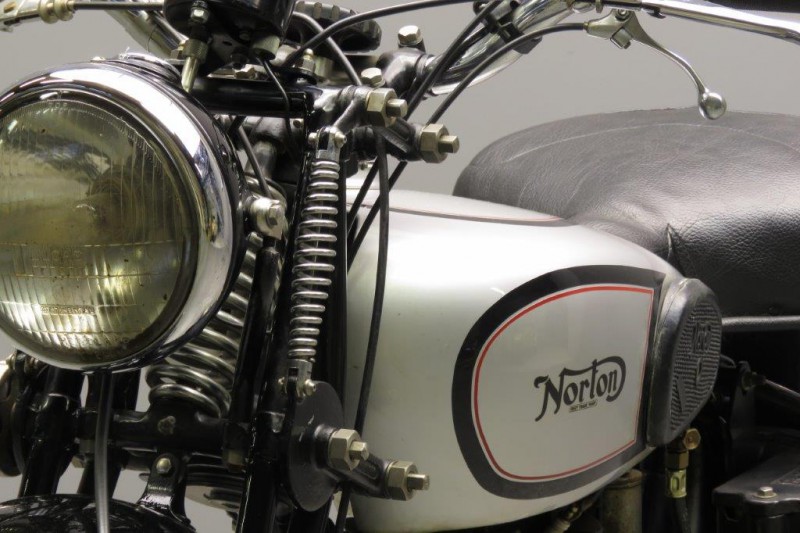 Like the majority of its contemporaries, Norton relied on the sidevalve engine until the 1920s when the existing and well-tried 490cc unit was used as the basis for the firm’s first overhead-valve design: the Model 18.
Introduced in 1923, the latter retained its essentially vintage characteristics until 1931 when the range was extensively redesigned, dry-sump lubrication and rear-mounted magneto being standardised.
There were numerous improvements made to the engine throughout the 1930s, including enclosure of the valve gear, while Norton’s own four-speed foot-change gearbox had replaced the old Sturmey Archer in 1935.
Production of an essentially unchanged 1939 model resumed after WW2 which is presented here.
Today the vintage Model 18 enjoys landmark status as Norton’s first 500cc overhead-valve roadster and is highly prized by discerning enthusiasts.
This 1946 Model 18 is in a very good condition, and is a very well presented machine.