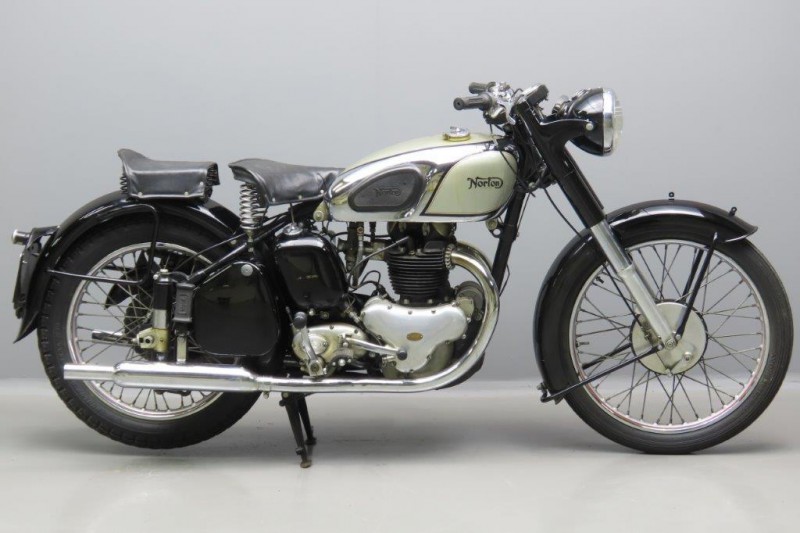 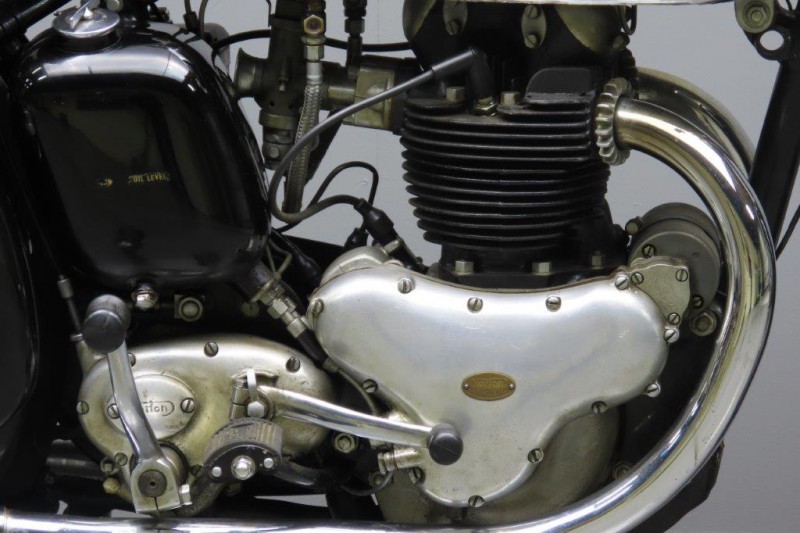 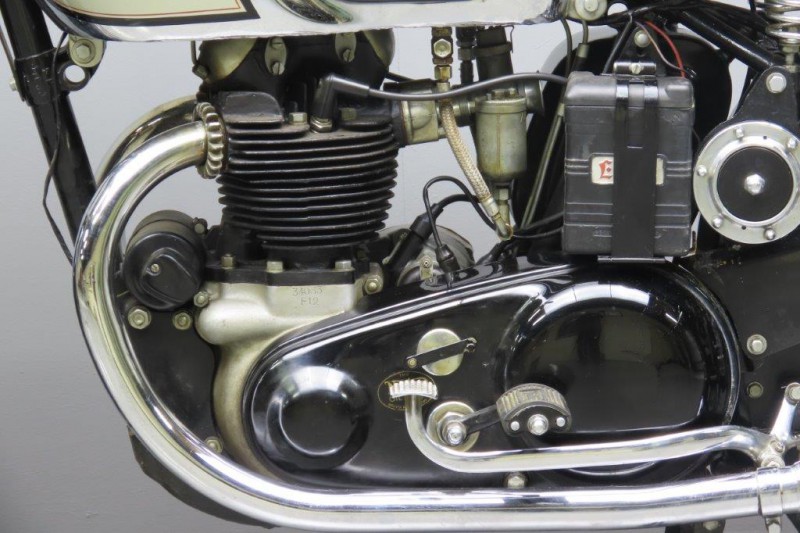 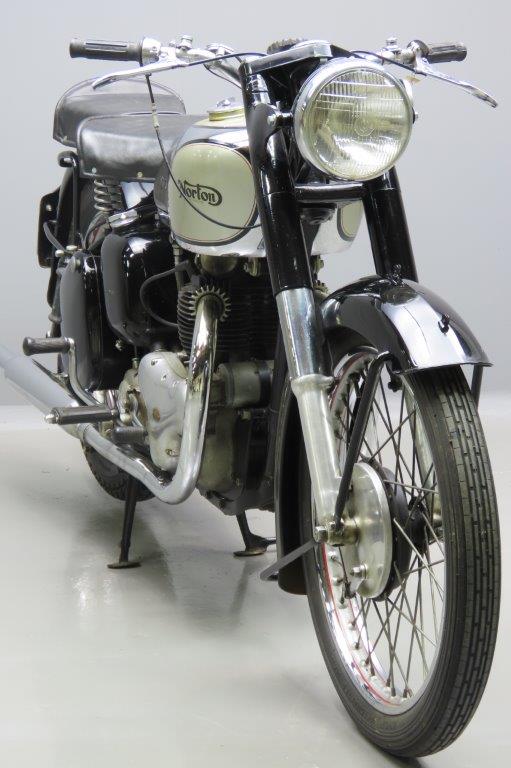 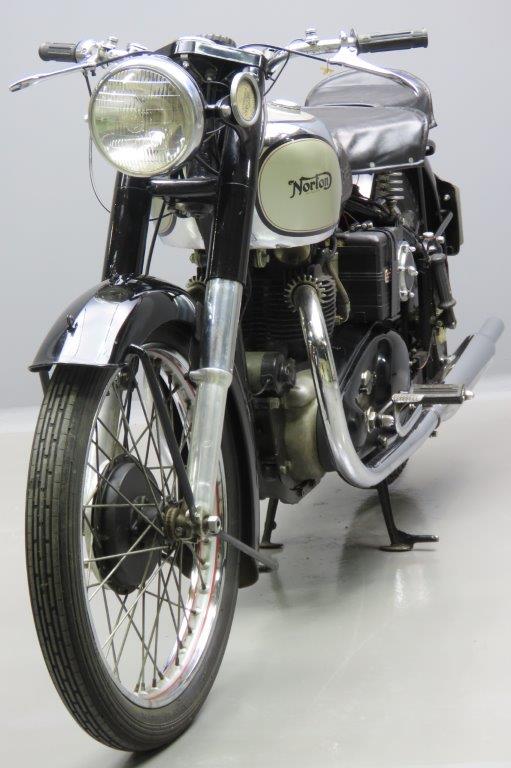 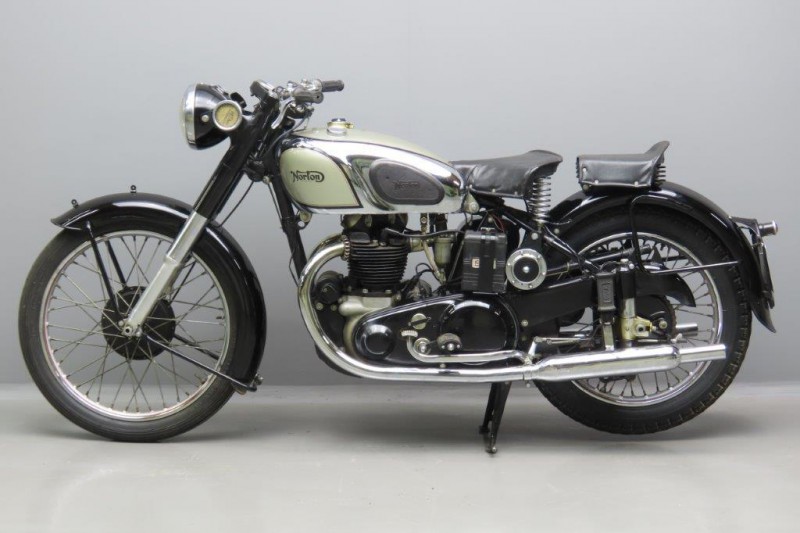 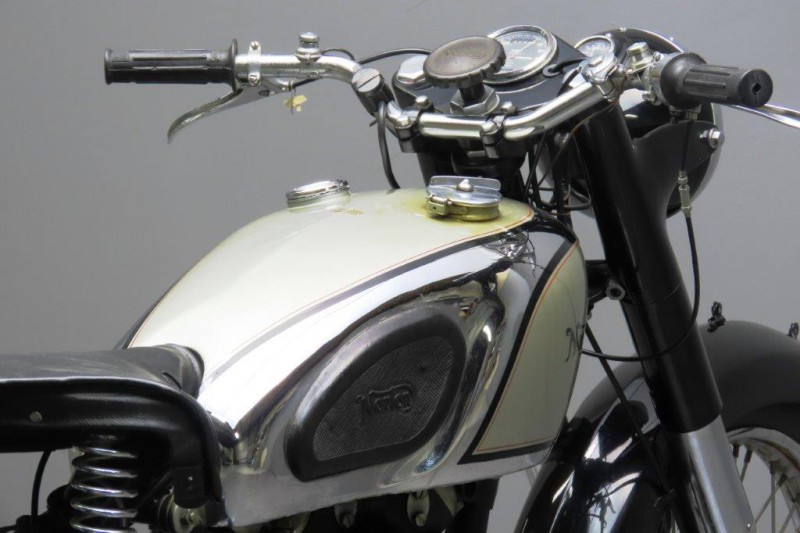 The Norton twin first appeared as the Dominator Model 7 at the Earls Court Show in November 1948.
|Its cycle parts were based on the single-cylinder ES2 model, and it had a modified form of the Norton gearbox and a brand new engine, designed by Bert Hopwood.
He had previously worked on the Ariel Square Four and Triumph twin and was to go on to BSA in 1949 to design the A10 before returning to the Norton board in 1956 and becoming its managing director two years later.
The new Norton twin was based on the 360 degree parallel twin concept that was common with British firms at that time.
However, the position and drive of the camshaft were different from the designs of its competitors.
Norton had chosen a single camshaft positioned in front of the engine, driven by a combination of gears and chain.
The power output of the engine was 29 bhp@6000rpm which was a good figure for the time.
The new model was road-tested by The Motor Cycle in 1950 and was summed up as an attractive machine with an outstanding all-round performance and exceptional standards of smoothness and flexibility.
The engine proved an easy starter and had a broad power band. It pulled away from 15 mph in top to a cruising speed of 80-85 mph and could reach a top speed of more than 90 mph.
The cornering inspired confidence on all occasions.
The Model 7’s first major revision arrived late in 1953 in the form of a new swinging-arm frame.
The model was dropped at the end of 1955 but the same basic cycle parts were used for a 600cc successor, the Model 77, while the 500cc engine continued in the Featherbed-framed Dominator. This well-fettled Norton twin is an older restoration that comes with pillion seat and current registration