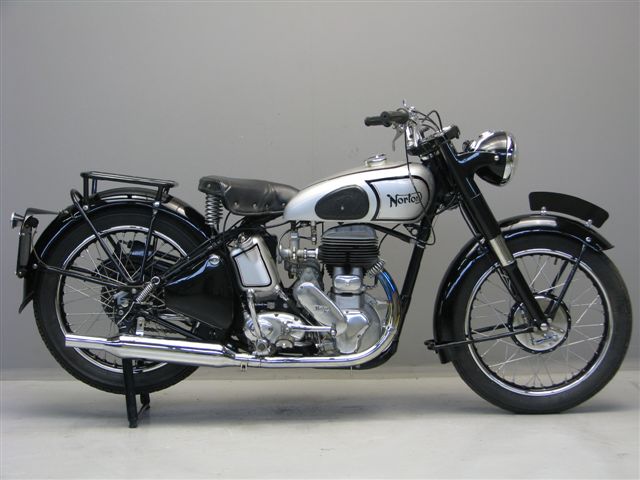 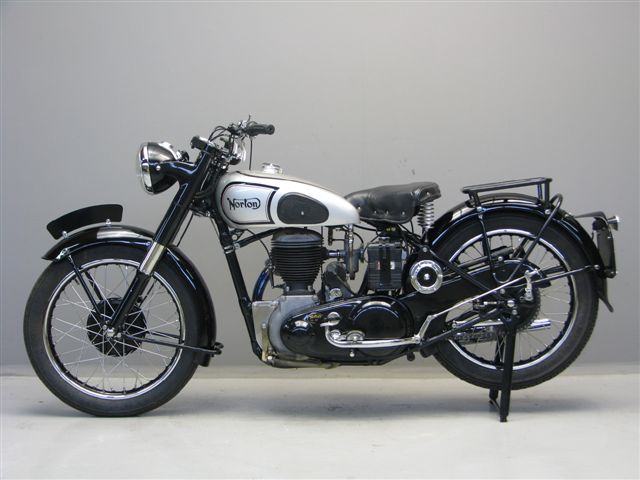 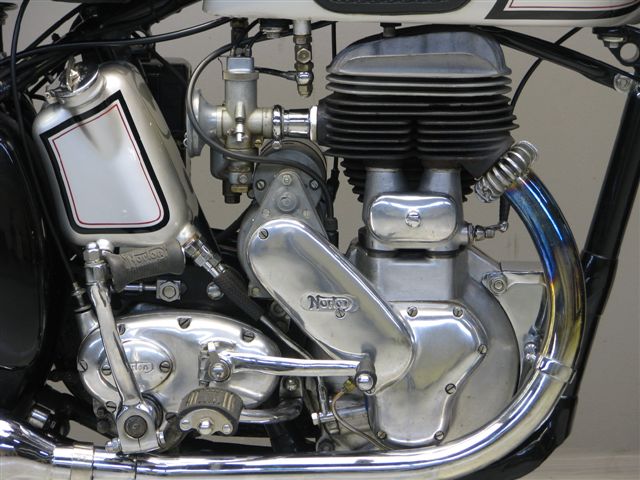 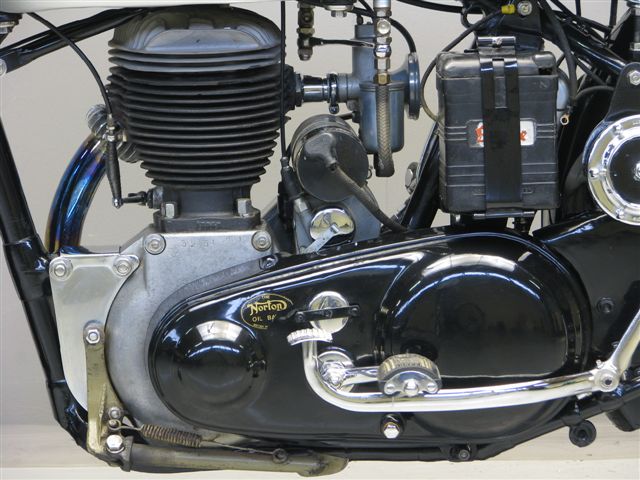 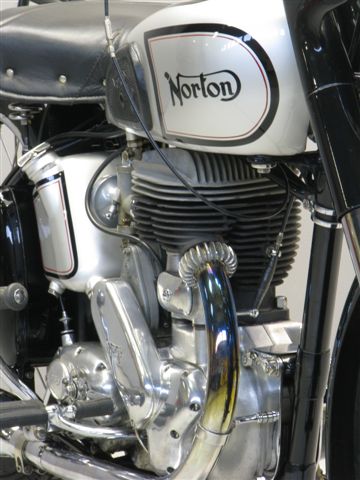 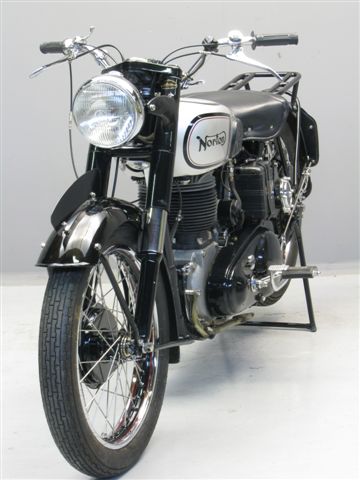 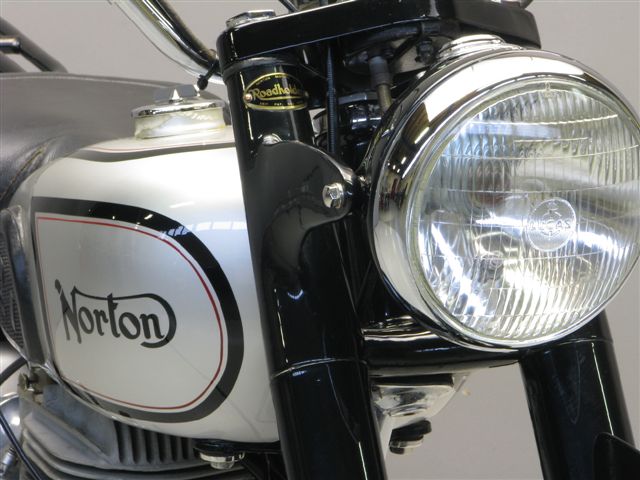 The first Big 4 machines starting in 1907 with a bore and stroke of 82 x 120 mm (633cc).This capacity lasted till 1947.
The model name Big Four was used from 1907 till 1954, when production of all side valve Nortons stopped.
The model was mainly designed as a strong and reliable sidecar machine: in world war one many were supplied to the Russian army, and in world war II the further developed Big Four did excellent service in the British army.
Reliability and fuel economy were keywords for this Norton.

The Big 4 model continued to be produced for nine years after the end of World War II when Norton ended the manufacture of side valve singles to concentrate on twins. As from 1948 the bore and stroke changed to 82 x 113 mm to give 596cc capacity.

Like the 16H, these machines were also used in the war and both there and in civilian use could frequently be seen with a sidecar attached. From 1948, the original 82mm x 120mm engine dimensions (633cc) were reduced to 82mm x 113mm (596cc).
Developments ran side by side with the 16H, both machines having the laid down gearbox from 1950; better brakes and a petrol tank increased in capacity from 2.75 gallons to 3.5 gallons in 1951 and an 8" front brake in the following year.
Power output from the later versions reached 14 b.h.p., from a machine weighing 413 lbs.

In 1954, production of the Big 4 (and its 490cc counterpart, the Model 16H) ceased as the popularity of side valvemachines waned rapidly.
It had been manufactured for over 40 years unbroken by wartime, albeit in a number of quite different forms.
This 1952 596cc Norton Big 4 is a very reliable and nicely restored motorcycle and still usable for all day transport.