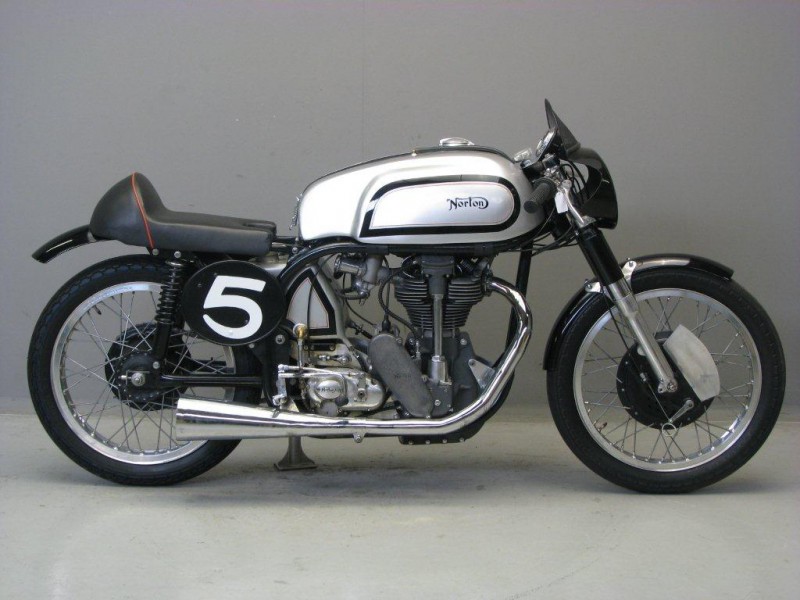 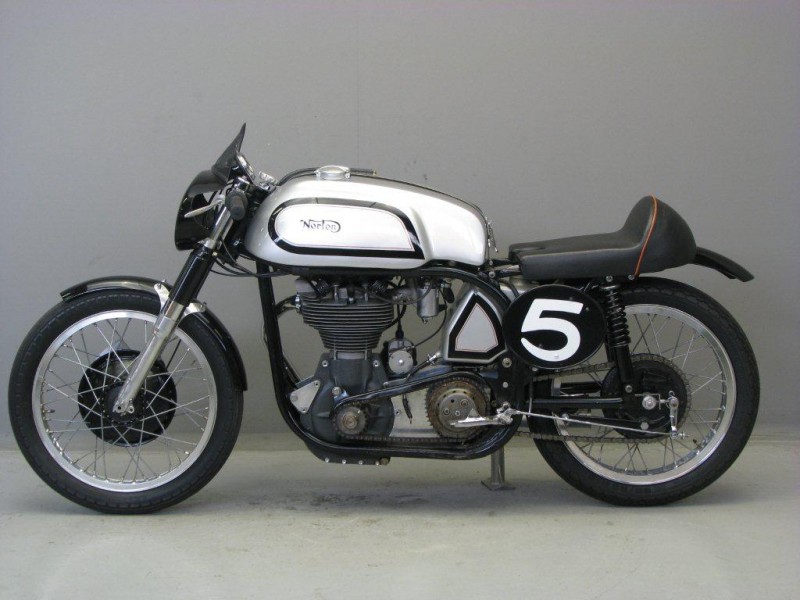 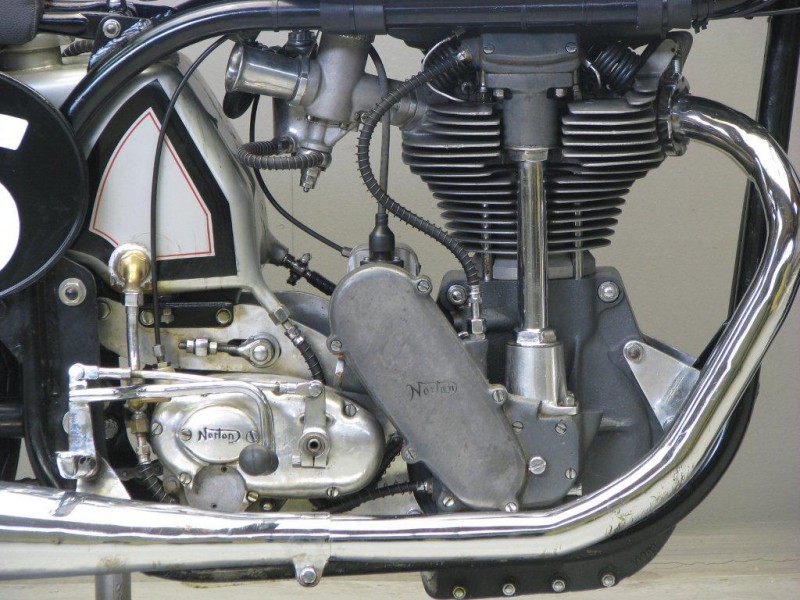 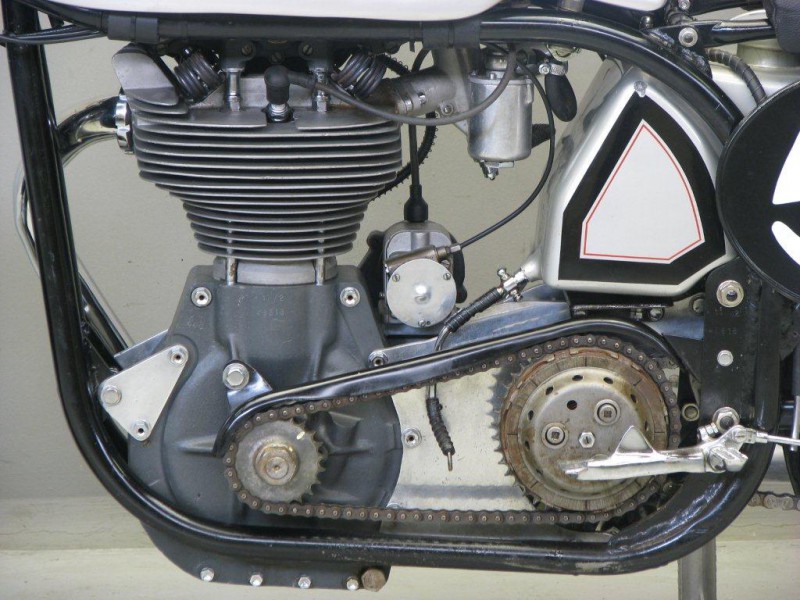 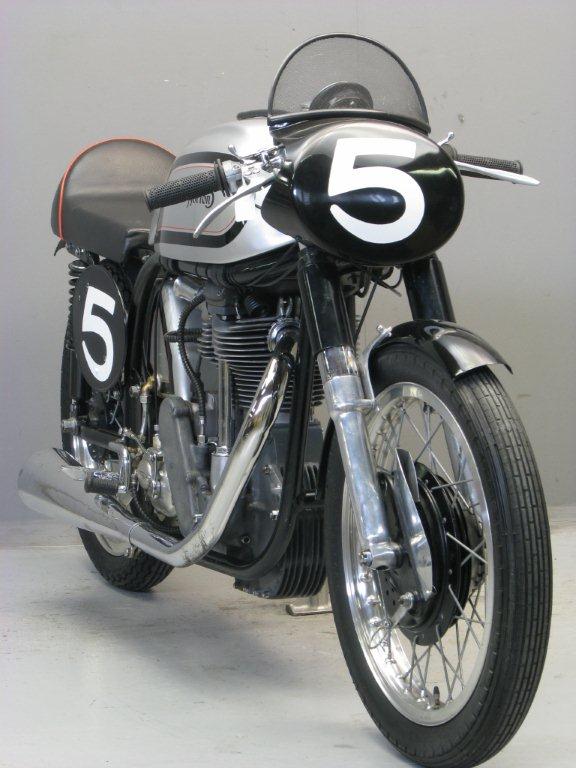 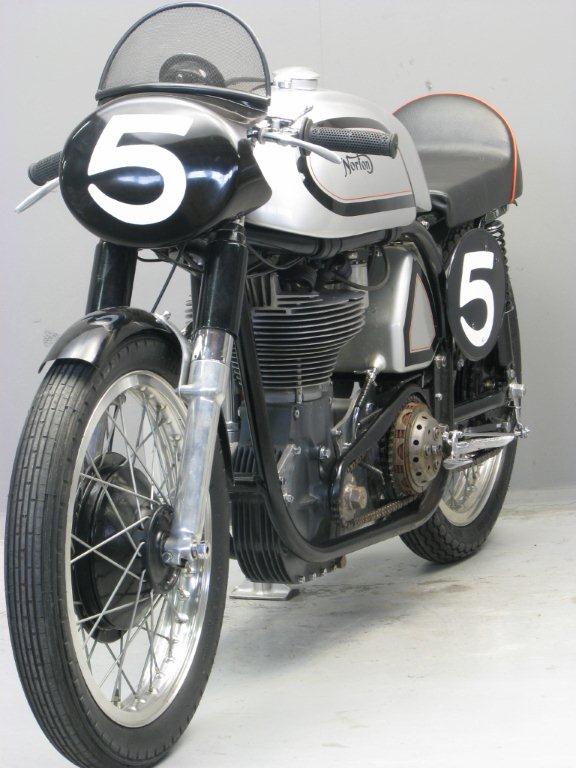 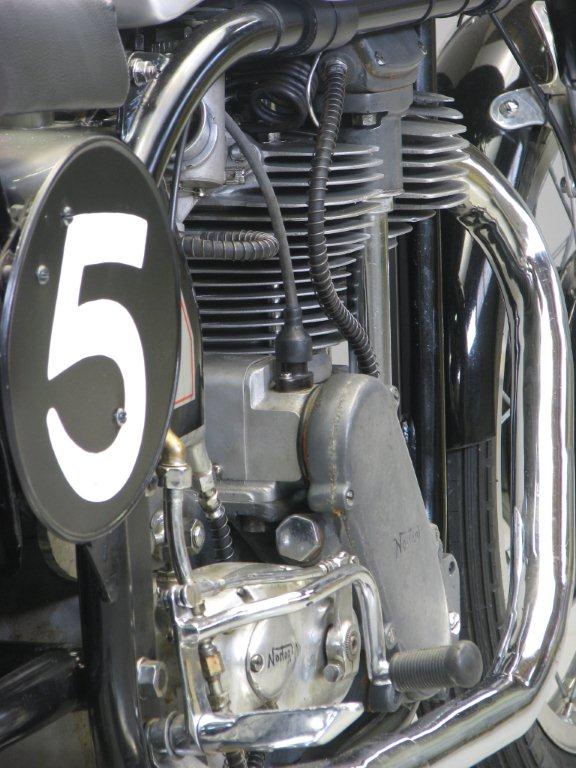 When production resumed post-war, Norton’s over-the-counter racer emerged much as it had been in 1939, with single-overhead-camshaft engine, ‘square’ cylinder head finning, upright gearbox, and plunger-suspended ‘garden gate’ frames.
Only the presence of the Roadholder telescopic front fork readily distinguished the new Manx from its immediate predecessor.
1949 brought the first significant change in engine specification, the Manx gaining a double-overhead-camshaft ’head like that enjoyed by the works bikes for many years, but the major development was the arrival of the Featherbed frame, designed by Rex McCandless, for 1951.
The new pivoted fork frame retained the Norton "Roadholder" forks and a revised production Manx incorporating the new frame became available to the paying public for the 1951 season.
Detail development occurred over the course of the next seasons with modifications proven on the works machines being incorporated into the following season’s production models.
Engine development continued until production ceased at the end of 1962.
In very original condition with Amal GP2 carburettor and Borani rims this extremely smart looking Manx Norton runs well.